To keep national "I" 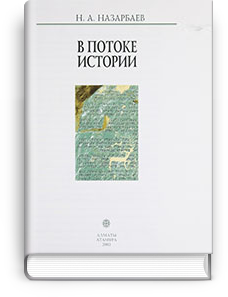 Our creation of the new has to rely on the richest historical experience. Dreaming of the worthy future, let's remember the worthy past.

Naive times of "design planning of the nation" passed. And not only because with it the totalitarian states but also because the understanding of the fundamental fact came sinned in the history of the twentieth century. The nations — it is live organisms, controllability which development has sociobiological and cultural restrictions. To grow up the nations as mushrooms not only it is useless, but also it is impossible. Besides uniqueness of each nation often outweighs possibilities of certain general recipes. So in the known saying which essence is reduced to that is good for one — death for another, healthy national scepticism concerning universal recipes is hidden.

However the understanding of the general tendencies in relation to the national sphere, certainly, is necessary. Without it it is impossible to define the general logic of the state development.

And in this regard becomes clear — why so much attention is paid in this book to questions of cultural strategy. After all a basic condition of our national state policy is the question of own self-understanding.

We have to recognize that internal heterogeneity, on the one hand, and external influences of a cultural order, with another, promote that cultural integrity of the Kazakh nation is far from an ideal.

In case of inaction we will be taken away on slices by moving history as different "cultural islands" in the Kazakh nation will objectively drift to other centers of gravity. It is impossible to underestimate value of this problem. As my task doesn't include the culturological analysis of a situation, it much better will be made by professionals, it would be desirable to share supervision of the politician.

When we speak about different cultural influences, irrespective of a positive or negative orientation of such influence, we get to a situation of the passive consumer. I would tell, in imperatives of circumstances, even if global character. But after all except these imperatives there are also our designed national purposes. And for policy this very important distinction. What it is more important — to submit to circumstances or to reach our intimate and strategic goals?

The question is raised incorrectly and, unfortunately, by many intellectuals, and not only in Kazakhstan, it and is formulated. It is a question which puts "the broken-off consciousness". There is a fixing of a present condition of the same Kazakh national consciousness and opposition with notorious imperatives of circumstances, that is external and internal pressure upon this consciousness is removed. But after all basic feature of national consciousness — its ability to development is lost sight.

This instability, fluidity of national consciousness generates many questions for practical policy. There are, at least, three difficult problems.

First, what scenario of succession of events corresponds to strategic national interests? Secondly, what other options of development of a situation are put in real historical process? Thirdly, what degree of realness, feasibility of desirable option?

Therefore correctly formulated question would have to sound otherwise: "How to achieve preservation and development of the Kazakh national identity at any, enough realistic, circumstances? " Certainly, it is the widest problem definition. But what volume have to, interestingly to be set questions, so far as concerns the nation and state blow

stvo in a context of dangers from outside "moving history"? After all to joke or be mistaken in this case it is inadmissible. Questions have to be adequate to these dangers. As told the ancient: "Here Rhodes, here jump".

For the Kazakh humanists there is no task today more actual, than to clear the way in this enormous field of interaction of national identity and dynamic imperatives of time. It after all not only political problem, but also scientific. And therefore to anticipate works of scientists — a task for the politician ungrateful. I only try to state character of problems which it is necessary to face not so much in the form of textual creativity, how many in respect of adoption of concrete decisions.

Today the sheer eclecticism in judgment of a place of the Kazakh nation in the modern world is evident. At once attempts of creation of the global theories which purpose is search of the Kazakh identity in a context of world tendencies become.

Such global changes as post-industrial society, collision of civilizations, success of liberalism, neoconservatism are projected without any historical and geographical restriction at once on the Kazakh nation. As though we have today no problems more important, than neoconservatism! Differently, there is a noncritical expansion of a problem field of the Kazakh nation.

On the other hand, there are also attempts, by the way, even more widespread to ship the Kazakh history in own autonomous world with beautiful, but outdated ideologems. The analysis of the Kazakh problems, especially Kazakh ethnicity, through a prism of norms and values of nomadic society is illegal narrowing of a problem field of the Kazakh nation. After all even if conditionally to reject aside present calls, the Kazakh nation never was closed, isolated. It as the fates decree and the sky was open for different influences and nevertheless managed to keep the national sense which not so isn't reduced only to a nomadizm and a traditsionalizm. "Singers" of a traditsionalizm forget about that artful property of history, as traditions once were an innovation causing rejection...

To remain "in a reality circle", it is necessary to depart both from too broad, and from too local ideas of history and the present of Kazakhs.

And there are, at least, two components of such approach. The first, is actually historical component. The approaches used today, are reduced to division of national history into traditional nomadic society, stay in a framework of the Russian Empire, the Soviet period, and, at last, the Kazakh nation in the conditions of independence.

Н.А.Назарбаев. В потоке истории
Use of materials for publication, commercial use, or distribution requires written or oral permission from the Board of Editors or the author. Hyperlink to Qazaqstan tarihy portal is necessary. All rights reserved by the Law RK “On author’s rights and related rights”. To request authorization email to mail@e-history.kz or call to 8 (7172) 57 60 13 (in - 1163)
Қазақша Русский English
MOST READ
Month Year
Recorded history of Kazakhstan. Part 2
Heroic mothers of the great steppe
How had the World War II been started?
Philosophy of the Emblem
14 monuments at Tekturmas
The rural akims: the country's hope is in the elections
Kazakh historical drama Tomiris premiered in Istanbul
Stolypin about the worries and hopes of immigrants to the Kazakh steppes
ALASH IDEA IS THE PROTECTION OF KAZAKH STATEHOOD
A tireless explorer of the Kazakh land
SWITCHING TO THE LATIN ALPHABET – UNITE ALL KAZAKH PEOPLE
Kunaev Dinmukhamed Akhmedovich
People who eat horses will kill you