Formation of Astana as a spiritual center of contemporary world 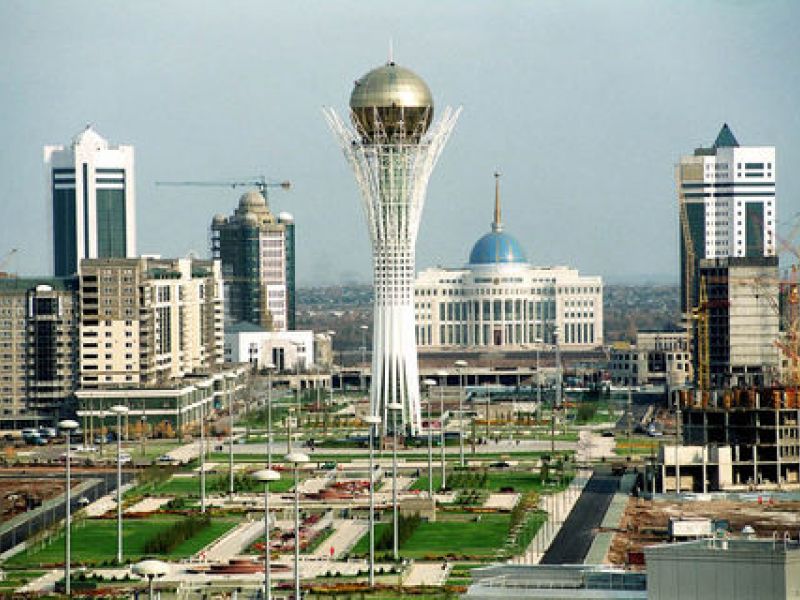 Successful synthesis of ontological idea of the new capital revival and implementation of the idea that the capital is a point of the universe and Eurasian heart has been finished in Astana. History of Kazakh nation and postmodern, national stylistics and contemporaneity of new high-rise buildings and houses was clearly and appropriately combined in Astana.

A city is a cultural organon, a kind of quintessence of cultural images, symbol of historical greatness and contemporary prosperity. Astana acts as a keeper of cultures of nations, which live there. Astana is not only a guardian of various cultures, symbols and projections, but also plays a role of peaceful and opened city, being an expression of the idea of kindness, unity and integrity, a symbol of strength and power, an call to human beings for peace and tolerance.

Not without reason, by the decision of the UNESCO, in 1999 Astana obtained the status of the Peaceful city. The union of the East and the West, where Asian domes harmoniously coexist with European buildings of different sizes and colors, kindly appear in dynamically developing Astana. Different ethnoses live there in peace and concord, and each ethnos, living in Astana, contributes in the life of city by its unique basis, which forms cementing Eurasian community of the Republic.

Astana became a kind of island for «friendship between cultures and nations». The main feature of the capital lies in its people, in the potential of its citizens, representatives of different cultures, religions, confessions, in the dialog of mutual understanding, confidence, culture of peace, and, what is the most important, in the reservation of the value of lives of new arriving every day potential inhabitants of the young capital of the Republic.

Kazakhstan is a central Eurasian state. Historically, the conditions for polyphony of cultures, triumph of high ideals of mentality, as well as for establishment of worthy principles of human interaction are shaped and reproduced here, on the ancient Kazakh land.

Not at random, but as regular development of historical process, as proposing to create peace, friendship, concord, aspiration for the consensus of interests, Astana is becoming an epicenter of culture of intercivilizational dialog.

To a large extent the happening processes are caused by mentality of the Kazakh people and common historical destiny of ethnic groups living in independent Kazakhstan.

Today, in contemporary world of high risks of instability, under the conditions of extrimization of various aspects of life, values of mental culture are becoming ideal not only for decision-making process on a high level, but also are the means for common people to identify the meaning of life.

Why does it happen, and why progressive humanity is turning to the mental culture as a method of thinking of existence of the world and existence in the world? It is because the epoch of global world contributed in the transformation of many institutes, including culture as a basis of human existence. Perception of humanitarian function of culture is becoming the most important task for contemporary planet thinking.

Modern epoch illustrated that equality of religious and secular mentality as methods of formation and reproduction of society’s moral culture. Still social and humanitarian scientific directions did not display the opportunities for the development of common cultural potential of the present in full measures. That is why intellectuals have to carry out its mission on moral improvement of human relations as well as on reanimation of cultural function as a mean of human existence.