In 2010 N. Nazarbayev signed the Law of the Republic of Kazakhstan “On Ratification of the Agreement on the Customs of the Customs Union”

In 1934 was created the Kazakh State orchestra named after Kurmangazy 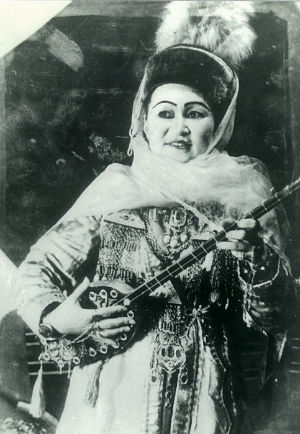 The public event dedicated to the Art and Literature in Moscow - displays of the achievements of art union and autonomous republics of the USSR the first decade - Ukrainian was held in 1936 in Moscow.

This public event represent a system of different events (plays, concerts, variety shows, circus performances, amateur performance, evenings of the writers, composers, artists, exhibition of paintings, drawings and sculptures, book exhibitions and so on), where involved professional and amateur theatrical-musical groups. Total in 1936 there were conducted 25 of them in 9 Soviet countries.

The Kazakh events: May 17-23, 1936. Participants: Kazakh music theatre (music drama of  Brusilovsky "Kiz Jibek" and " Zhalbyr"); groups and soloists Kazakh Philharmonic. December 12-21, 1958. Participants: Theatre of Opera and Ballet named after  Abay (opera "Birzhan and Sara " of Tulebaev "Abay" of Zhubanov and Hamndi, ballets " By the  way of flowers" of Tlndeeva, Stepanova and Manaeva, "The Fountain of Bakhchisarai"); Kazakh theatre of drama ("Enlik -Kebek"  of Auezov "The tragedy of the poet" of Musrepov "Chokan Valihanov" of Mukanova , "One tree - not wood"  of Tazhibayev, "The Taming of the Shrew"); Almaty Russian theatre ("Heirs" Ayova , "Giordano Bruno" of Okulevich, "Battle on the Way " based on the novel of Nikolaev); ensembles, orchestras, soloists of Kazakh Philharmonic.