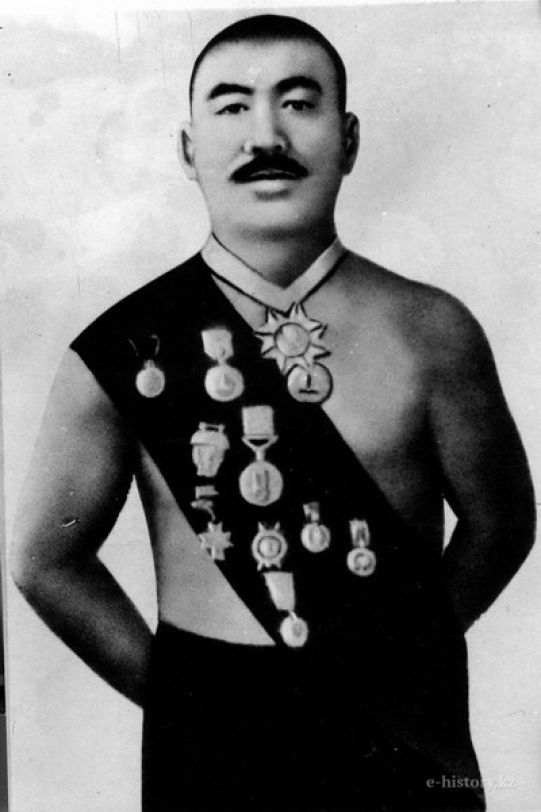 In 1908, 1909, 1911, 1913 and 1914, he repeatedly won the world championship in Greco-Roman wrestling among professionals.  Hadzhimukan was the first Kazakh who won the title of the world champion in French wrestling, many time won in world, Russian, regional and all-Union championship among heavyweights.  He held about fifty awards and medals of different samples.

In 1992, there was an exchange of notes on the establishment of diplomatic relations between the Republic of Kazakhstan and the Kingdom of Sweden