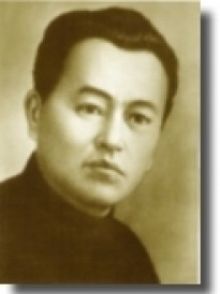 Born in 1895 in the county Karkarala Semipalatinsk region. Kazakh. Member of the CPSU since 1920

He graduated in 1915 Omsk Pedagogical Seminary in 1931 - the Communist University of the Central Committee of the CPSU (b).

1918 - December was held in the White Guard prison.

gubvoenrevkoma, Head of Department of the Provincial Committee and secretary of the Semipalatinsk member executive committee.

October 1921 - Chairman of the Revolutionary Tribunal of the Autonomous Republic.

April 1923 - Chairman of the Kazakh branch of the Supreme Court.

September-October - head. Kirobkoma department of the CPSU (b).

October 1924 - April 1929 Chairman of People's Commissars of the Autonomous Republic.