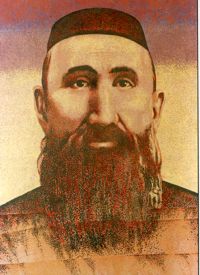 Involved in politics, was elected to the county governors. Creativity seriously engaged only in 1898, after forty years. On a particular system began to study Eastern and Western literature, became acquainted with the heritage of such poets and thinkers of the East as Hafiz, Fizuli, Tashkent, as well as the works of Byron, Pushkin, Tolstoy. Its translation into Kazakh Hafiz is unequaled in craftsmanship and technology, as well as a brilliant translation of Pushkin's story "Dubrovsky". Independently mastered Arabic, Persian, Turkish, Russian languages. In 1903 he was accepted as a member of the West Siberian Branch of the Imperial Russian Geographical Society.

In 1906, he performed the pilgrimage to Mecca (with canapes-kazhy - grandfather B. Kanapyanova). Visited Misr (modern Egypt), Istanbul, worked in libraries, forwarding the mail to Semipalatinsk bought them books. The last period of his life coincided with the revolution of 1905-1907., Stolypin reaction, the First World War, the national liberation movement in 1916 in Kazakhstan, the February and October revolutions, civil war, the establishment of Soviet power, collectivization. He participated in the national liberation movement "Alash".