Home News Other In Shymkent the ethno-historical complex was opened

In Shymkent the ethno-historical complex was opened 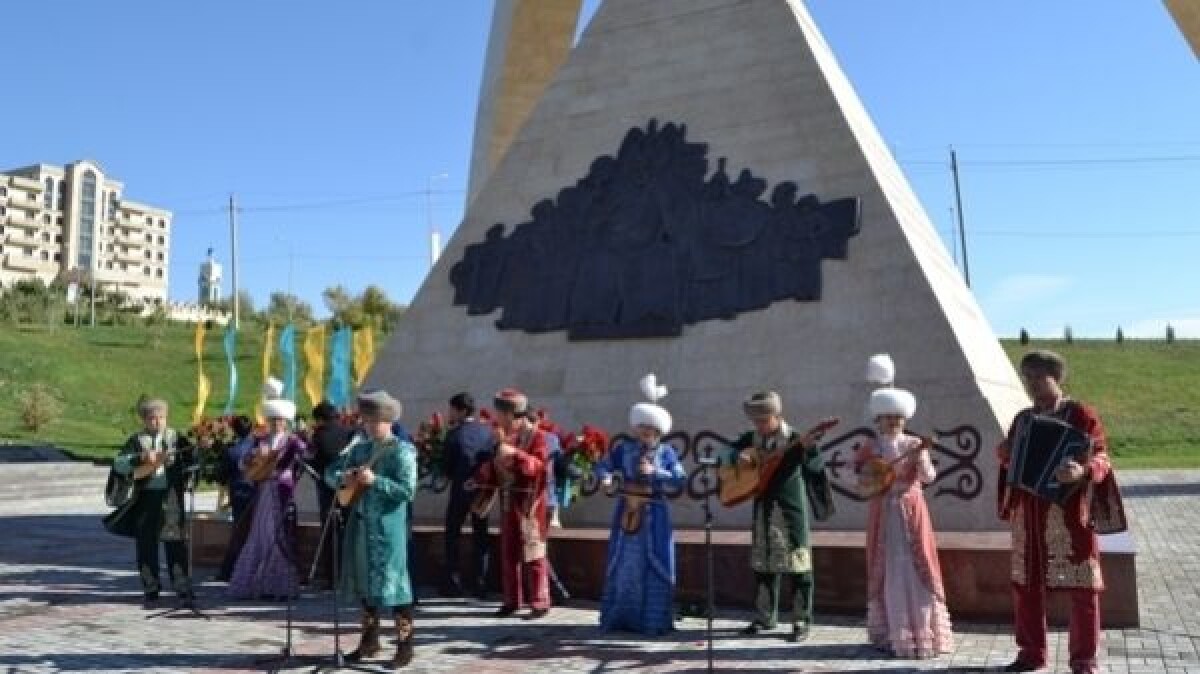 Ethno-historical complex “Kazyna” is holding the area of 76, 4 ha and comprises a number of objects.
Ethno-historical complex concludes a number of objects — the monument “550th anniversary of the Kazakh khanate”, composition “Uly Zhibek zholy”, park of “Edifications of the wise”, walk on which would allow to get acquainted with the words of wisdom of scientists and sages.

According to the creators’ idea, residents and guests of Shymkent would be able to study the history of land and country under the open sky among flower-beds, waterfalls and fountains. “Elbasy, Chairman of “Nur Otan” Party Nursultan Nazarbayev in his Message to the people of Kazakhstan “The Kazakhstan Way-2050. Single aim, single interests, single future” noted that the first contemporary urbanistic centers of Kazakhstan would be the largest cities of Astana and Almaty, further Shymkent”, Askar Myrzakhmetov, the first Deputy Chairman of the PDP “Nur Otan”, underlined at the Opening Ceremony of the complex. “Shymkent is dramatically developing, gradually becoming the centre of attraction of investments and population, development of science and economics. 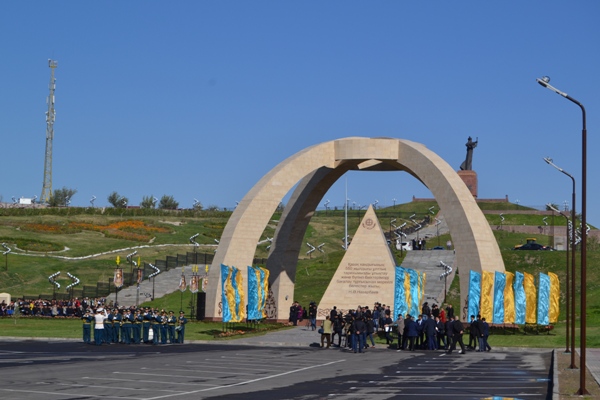 “Kazyna” is the connecting thread of history, being the evidence of intensive development of independent Kazakhstan. This complex would contribute to the realization of the Elbasy commission about the transformation of Shymkent into the third metropolis of the country”.

Minister of Culture and Sports RK Arystanbek Mukhamediuly, deputy of the Majilis of the Parliament Shalatay Myrzakhmetov congratulated citizens on the opening of ethno-cultural complex, noting that its meaning is connected with the Elbasy ideas about the building of Mangilik El by the advancement of the image of the Great steppe and has the significant importance in the exaltation of spiritual values of the people of Kazakhstan.

The place of interest for the ethno-cultural complex stood out to be the monumental construction dedicated to the 550th anniversary of the Kazakh khanate. The 15 m high monument represents two interwoven archs with the Kazakh national ornament. On the edges of the pyramid the bas-relief composition of the Kazakh khanate and words of the President of the country are engraved: “550th anniversary of the Kazakh khanate — the glorification of national history and dignified assessment of today’s decent places”. Along the pedestrian alley of the ethnopark 27 models of historical-architecture monuments of the region are placed; each of them — the symbol of a historical event. In the centre of the park “Edifications of the wise” the fountain with the diameter of 21 m, around which the rotundas are located.

All that splendor is revealed to the view of those who come to Shymkent from the side of Almaty and hardly will be able to sustain from the wish to stop and fascinate the beauty of that place. And perhaps, to have a rest in the resort which simulates the ethnoaul acquainting with the life and customs of the Kazakhs. The improved seashore “Zhaylaukol” takes the area of 15 ha and became the favourite place for the rest of citizens. The resort “Zhaylaukol”, monument Baydibek-bi, square “Nauryz”, regional local history museum, centre of customs and rites situated next to the ethno-historical complex “Kazyna” constructs the single architecture ensemble and serve the attire of Shymkent.