The birth of new independent Kazakhstan 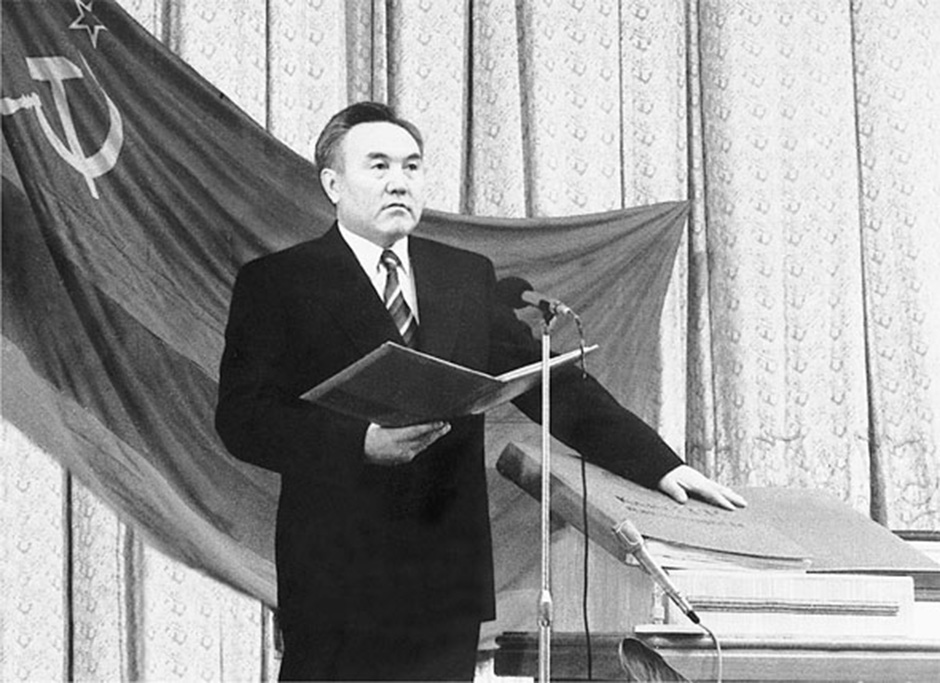 The reforms in the1990s were highly needed because of the social and economic crisis spread widely throughout the Soviet Union.
The prerequisite to the collapse of the Soviet Union began because of a series of reasons. The basic was the failure of the totalitarian system, the word “totalitarian” comes from English “total” meaning that the whole, limitless power belonged to the authority. The Soviet people were tired of that system of ruling and the continuous pressure in the after-war period. Thus, the rigid super-centralized scheduled system had to be reorganized. The totalitarianism displayed the excessive indecision and sluggishness in business democratization. And the rate of democratic reforms to amplification of repressive measures was rather low due to the lack of strategic and tactical orientators. The reforms were in high demand because throughout the Union there was the social and economic crisis.

As a result, the 1986 events occurred in Almaty, which was the massive protest of the Kazakh youth against new management thrusted forward the dramatic changes in the Union consisting of 15 states with the center in Moscow. The following acts of protests happened in Baku, Vilnus, Tbilisi and other cities. Thus, right after “the Parade of sovereignties” (political movement undertaken by the republics of the Soviet Union“) in 1990-1991 the Baltic states (Latvia, Lithuania and Estonia) were the first to exclude from the USSR (United Soviet Socialistic Republics), and then the Caucasus and others.

Apart from that tendency, Kazakhstan did not hurry to come off the Soviet Union. However, in June 1989 the Plenum CC CP of Kazakhstan put forward N. A. Nazarbayev for the post of the head of the republican party organization. Then, the Supreme Body selected him the first President of the Kazakh SSR. And, by the end of 1991, on 16 December Kazakhstan declared its independence and elected the President Nursultan Nazarbayev with the majority of votes. It was the first step taken by the republic towards the truly independent state with developed political and economic system.

On 8 December 1991 the heads of the Russian Federation, Ukraine, and Belarus met in Belarussian Belovezhskaya pushcha (the primordial huge forest), thus, the Commonwealth of Independent States was created. Later, on 13 December 1991 under the initiative of N. Nazarabayev Ashgabadskiy summit of the presidents of Central Asian states — I. Karimov, A. Akayev, N. Nazarbayev, R. Nabiyev, S. Niyazov, who insisted to enter the CIS on the rights of the founders, was held in Kazakhstan. And on 21 December 1991, the Almaty Declaration on the CIS was signed by ten union republics of the former USSR. The creation of that organization should have realized the mission “of civilized divorce” of the USSR former republics. It was the last point to the end of totalitarian system.

The constructive activity of the President of Kazakhstan N. A. Nazarbayev during signing the contract about the CIS found the reflection in a number of the statements of several politicians which made a point that N. A. Nazarbayev “in contrast” to Belovezhsky aurochs “did not stain self by a shame of direct partnership in dethronement of great world state”. During the last year of the Union state existence N. A. Nazarbayev was distinguished by interested personal participation and weighted position at all stages of preparation of the allied contract, his constructive activity in progress of public and private intermediary in a section of crisis situations, rising in this tie with the relations with between M. Gorbachyov and B. Yeltsin.

With the appearance of the CIS on “the world map” the new period existence and development of independent Kazakhstan began. The national revival of the Kazakhs and ethnic groups, their new cultural and spiritual rise saw the light by collision of the detrimental influence of the former regime on the economical mechanism.

Use of materials for publication, commercial use, or distribution requires written or oral permission from the Board of Editors or the author. Hyperlink to Qazaqstan tarihy portal is necessary. All rights reserved by the Law RK “On author’s rights and related rights”. To request authorization email to mail@e-history.kz or call to 8 (7172) 57 60 13 (in - 1163)
Қазақша Русский English
MOST READ
Month Year
Recorded history of Kazakhstan. Part 2
Heroic mothers of the great steppe
How had the World War II been started?
Philosophy of the Emblem
14 monuments at Tekturmas
The rural akims: the country's hope is in the elections
Kazakh historical drama Tomiris premiered in Istanbul
Stolypin about the worries and hopes of immigrants to the Kazakh steppes
ALASH IDEA IS THE PROTECTION OF KAZAKH STATEHOOD
A tireless explorer of the Kazakh land
SWITCHING TO THE LATIN ALPHABET – UNITE ALL KAZAKH PEOPLE
Kunaev Dinmukhamed Akhmedovich
People who eat horses will kill you
Materials on theme
Medieval cities on the territory of Kazakhstan
The Day of the national currency - tenge
"The current problems of history and social sciences and humanities"
The memorial house of M. Auezov has received an award named after Chingiz Aitmatov.