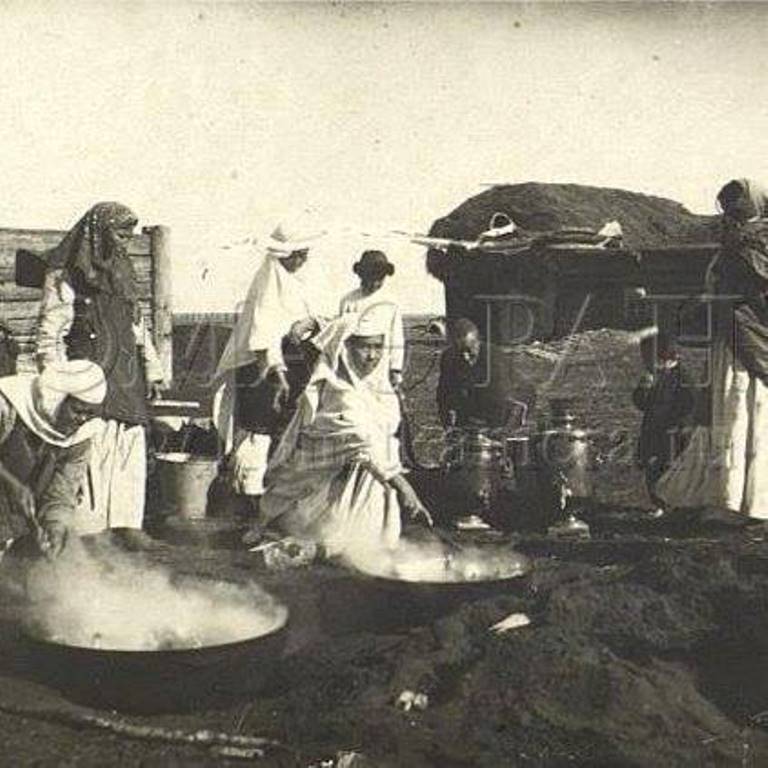 A fragrant, hot, delicious bauyrsak adds to the feast a specific meaning. There is the sun warmth, world and welfare in bauyrsak.
Bauyrsaks — fried in the fat or oil pieces of unfermented or sour dough. By the nomadic way of life only very wealthy people could allow themselves to buy flour by bags. The farinaceous dishes at that time were a great joy. Besides, the nomadic life did not induce to the preparation of fermented dough, the furnace bricklaying for bread making was also not widely spread. It was because the scarce stores of flour which were trickled down to nomads, were used more often for a quick preparation of such farinaceous dishes as bauyrsaks. Bauyrsak — a ritual meal. As it is known, at any feast, joyful party, funerals or funeral feasts, the Kazakhs foremost serve the thick tea with dairy cream or kaimak. 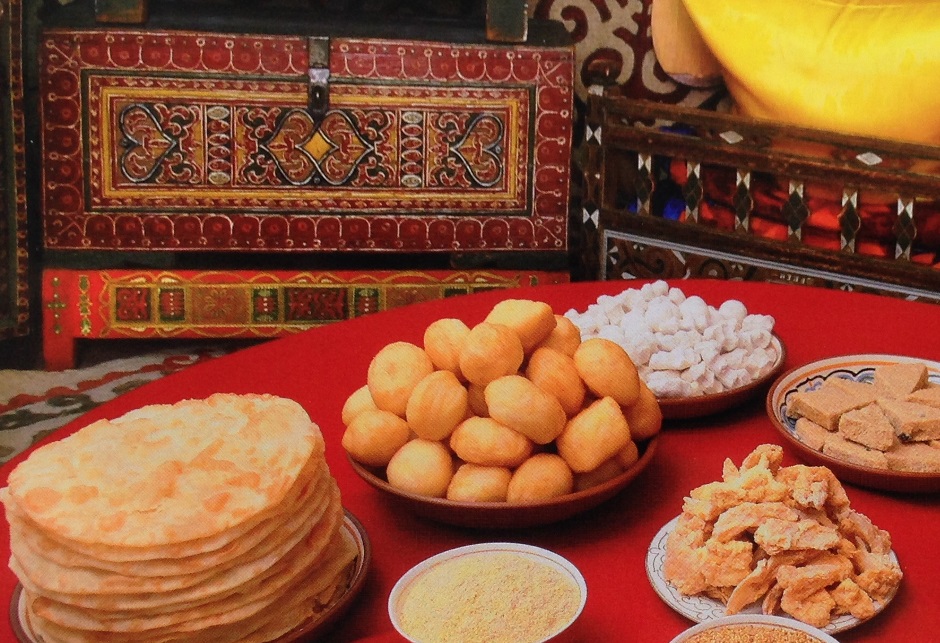 And the tea dastarkhan is also kurt (dried curd), irimshik (home cheese), different sweets along with loads of golden bauyrsaks, the abundance of which testifies the wealth of organizers. According to the tradition, for the preparation of bauyrsaks the thickest kazan is used. The smooth surface of the board for the work with dough one should dredge with flour, roll it in the shape of thin sausage, cut it in even pieces. At the frying in the boiling oil bauyrsaks become rounded and plumpy. They are brought till golden color, taken out with a draining spoon and given the oil to drip, then poured for cooling onto the tablecloth.

For the second type of bauyrsaks the dough is rolled with the help of rolling pin or shape with hands by thickness of half a centimeter, cut in diamonds and the small cuts are made in two-three places with the point of a knife, to let the dough not blow during the frying. Such bauyrsaks in different regions are called differently: tilme — a cut, zhalpak bauyrsak — flat bauyrsaks, kiyr bauyrsak — bauyrsaks cooked in the shape of patches. 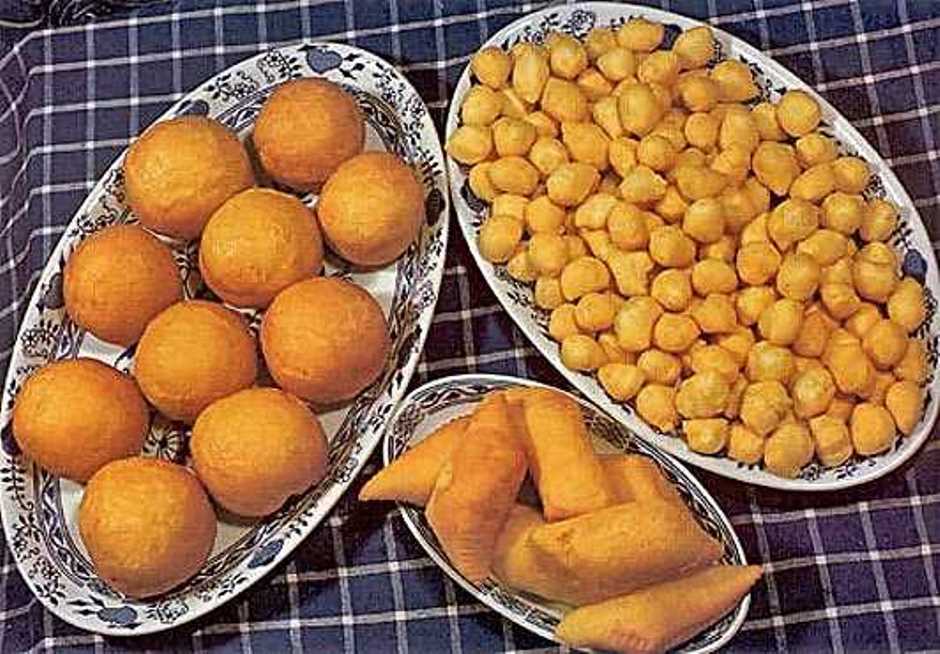 In addition, bauyrsaks are made of unfermented dough. From the surface of the boullion the fat or rendered from hog fat or butter is added into the dough, and in order to make the crumble bakery one can add a little baking soda. Fried bauyrsaks (made of unfermented dough) do not spoil or get moldy for a long time. This quality of the unfermented dough allows to prepare “shi-bauyrsak” — tiny bauyrsaks. For this type of bauyrsaks the dough is rolled in sausages no thicker than a woman’s little finger, then cut in small pieces. Such bauyrsaks are provided for the travelers for a distant way. Also, they are suitable for the delivery of the parcel to relatives, who live far away. Having dried they lose their nutritional qualities and savour. Pounded in a mortar, shi — bauyrsaks are one of the ingredients of the meal which is called “zhent” — a repast made of millet of special make with the addition of the pounded irimshik, rendered butter and sugar.

Coupled with the abovementioned types of bauyrsaks for specially esteemed and honored guests ak bauyrsak — white bauyrsaks made of unfermented dough, for which white high-grade flour and mixed on milk and butter are used. Dough needs to be rolled by thin and long sausages, wrap or cut in long pieces of 10 cm. It is possible with the help of a rolling pin to roll the thin dough, fold it in four and cut with the not wide tape by a figure knife in order not to make the edges of the strip indented. In a hot type one should dredge bauyrsaks with a sugar powder or pour with brought to a boil honey. These bauyrsaks in Kazakh are called shiyrtpak — a twist or burama bauyrsak — a folded bauyrsak.