Kurt – a stone that saved lives 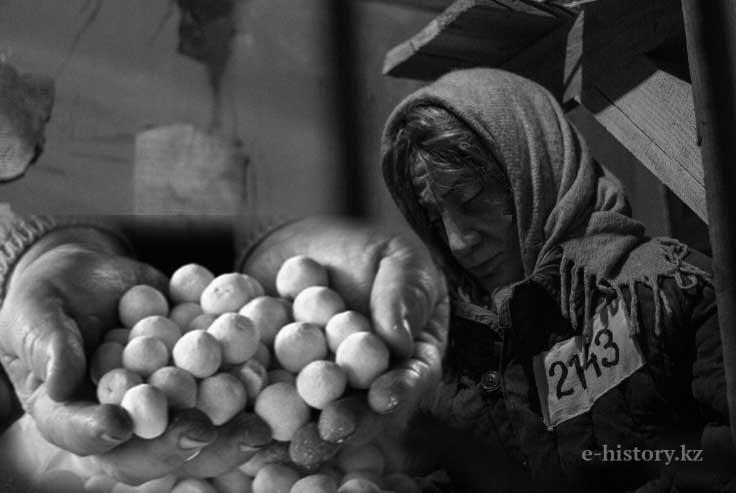 Back in 1990 Gertrude Platays — a former prisoner of Akmola Camp of Wives "traitors" of the homeland (ACWTH) arrived to Kazakhstan. At that time for the first time she told to staff of the museum of camp that how she saw local Kazakhs and how they reacted to women-prisoners. 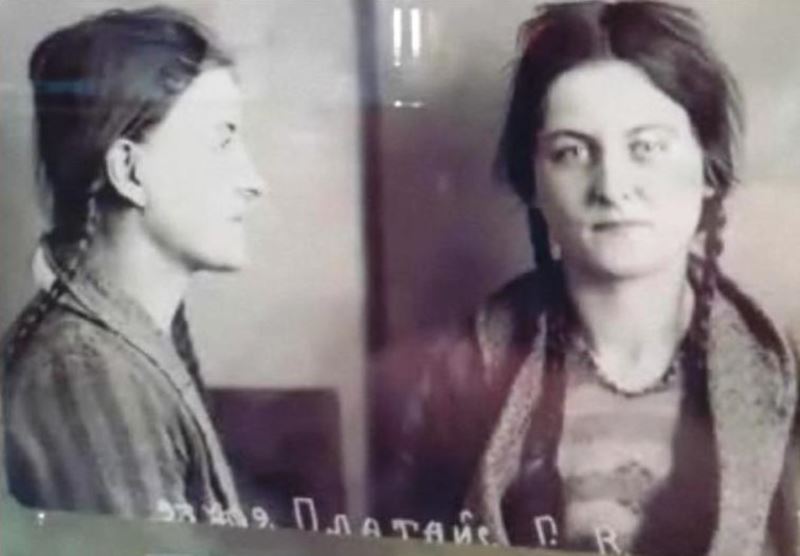 It happened in one of the winter morning when it was snowstorm. Female prisoner under the close supervision of the convoy gathered a cane on the bank of the Lake Zhalanash for construction of barracks. Each prisoner had her own norm that she had to complete and they had to spend 17-20 hours a day. They were so exhausted when old men and children — locals of neighboring village Zhanashu, jumped out of thickets of cane. By the command of elders children began to throw stones at women. The guards began to laugh loudly and cruelly by saying: see, not only in Moscow, but here in the village and even children do not like you.

"It was very painful and offensive, first of all morally" — remembers Gertrude Platays.

Such "beatings" had been repeated within several days. The faces of prisoners were covered with tears. They cried quietly and grumbled on injustice of Kazakhs who were blunted by Stalin’s propaganda...

Once being exhausted from flying stones at her, Gertrude stumbled and fell face down on these stones. A second later, the smell of cottage cheese reached her. Those stones from she tried to hide smelled of cheese and milk. She picked up one of them on the ground and put it in her mouth — it was very tasty. She gathered stones and brought them into barracks, where were prisoners, among of whom were Kazakh women. They said that it is kurt, salted and dried in the sun lumps of cottage cheese. It turned out that to help women- prisoners somehow, local Kazakhs found the only way which did not attract attention of guards. They hide it under the mask of cruel disregard for prisoners. Kazakhs suffered starvation in 1930s, and even being under fear of losing their children they did not stop. They secretly hid in slices of boiled meat, flat breads, kurt and oatmeal in bushes.

Gratitude for these people remained in the hearts of prisoners for the rest of their life. "All camps are bad, but in Kazakhstan many people survived, and first of all, thanks to Kazakh people. They knew our feelings as they also went through hunger, cold and deprivations", — said Gertrude.

There is a poem "Kurt — a precious stone" which was written by the teacher of history Raisa Golubeva based on Gertrude Platays’s memories.

Use of materials for publication, commercial use, or distribution requires written or oral permission from the Board of Editors or the author. Hyperlink to Qazaqstan tarihy portal is necessary. All rights reserved by the Law RK “On author’s rights and related rights”. To request authorization email to mail@e-history.kz or call to 8 (7172) 57 60 13 (in - 1163)
Қазақша Русский English
MOST READ
Month Year
Recorded history of Kazakhstan. Part 2
Heroic mothers of the great steppe
How had the World War II been started?
Philosophy of the Emblem
14 monuments at Tekturmas
The rural akims: the country's hope is in the elections
Kazakh historical drama Tomiris premiered in Istanbul
Stolypin about the worries and hopes of immigrants to the Kazakh steppes
ALASH IDEA IS THE PROTECTION OF KAZAKH STATEHOOD
A tireless explorer of the Kazakh land
SWITCHING TO THE LATIN ALPHABET – UNITE ALL KAZAKH PEOPLE
Kunaev Dinmukhamed Akhmedovich
People who eat horses will kill you
Materials on theme
“Atameken” – Kazakhstan in miniature
In the National Museum RK the issues of formation and development of constitutionalism were discussed
A Series of Charity Concerts "All Time Classics"
Chronicle of Congresses of leaders of world and traditional religions