Happy Nauryz or How the Kazakhs Celebrate the New Year 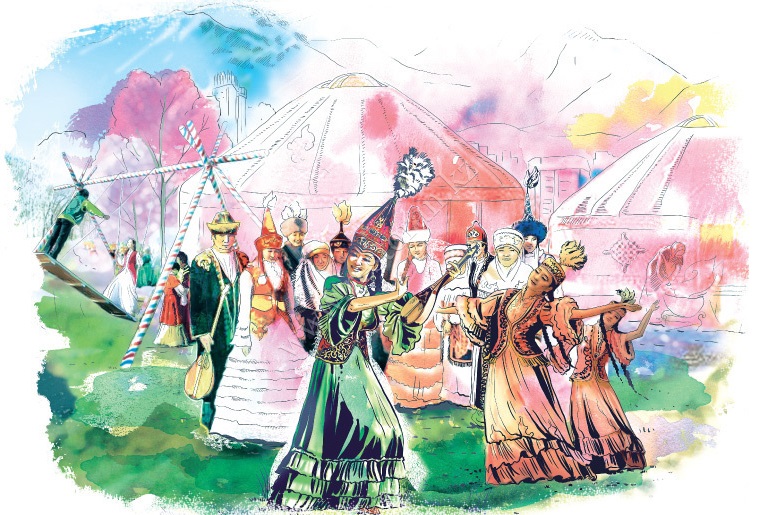 Nauryz is a non-religious celebration of the vernal equinox. It symbolizes nature’s regeneration and spiritual renewal.
In Kazakhstan, the night between the 21st and 22nd of March marks the coming of great celebration called Nauryz Meiramy ("Meiram" means "holiday" in Kazakh language). Kazakh people also refer to Nauryz as "Ulystin uly kuni" which means "the Great Day of the Nation". 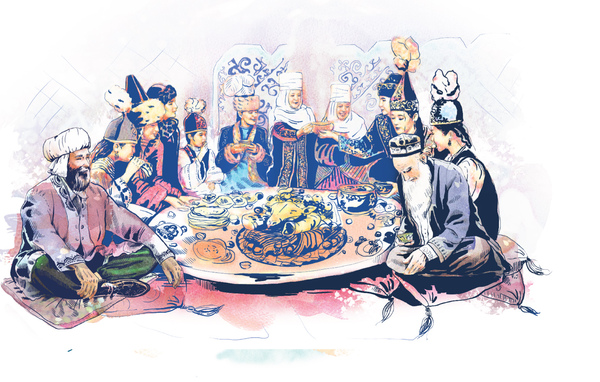 It is believed that the holiday came to our country through the influence of Persian culture many centuries ago. The word Nauryz means "New Day" in Persian language. Despite the fact that it is celebrated mostly in Muslim countries, Nauryz is a non-religious celebration. Nowadays it is a traditional celebration of the spring equinox celebrated by many nations throughout Asia and Europe, including Russia, Ukraine, Japan, and China.

There is a legend that every year during that night the wise elder Kadyr-Ata walks across the Earth and brings people happiness and wealth. When the morning comes he opens the door to the sky and lets Spring come to the world. The new day is the beginning of the New Year. Traditionally, the vernal equinox was considered to be a time for great celebration. The fact is that life was very hard for nomads of the Kazakh steppes, and Nauryz marked the end of the difficult winter season and the beginning of spring and New Year. A new cycle of life came together with this season.

In years past, Kazakh people gathered together in their auls (villages) to celebrate Nauryz. They played traditional games, sang folk songs and young unmarried people swung on Altybakan, a large hanging swing with colourful decorations. In modern Kazakhstan, Nauryz is truly a social event. People gather together at their main city squares, where holiday organizers erect yurts, stages, and trading tents where crafts and goods are sold. Kazakhs still follow national traditions of Nauryz. For example, in advance of the holiday people clean their houses, buy new clothing, and cook a lot of good food. By the way, it is customary that every member of Kazakh family is involved in the preparations for the celebration. In fact, Nauryz is a family holiday and this tradition gives everyone an opportunity to feel the importance of this annual event.

The traditional Nauryz table is another matter. Kazakhs believe that the more food they have on the table, the better and more sufficient their life may be in the coming year. There is a special meal called Nauryz Kozhe. On the ceremonial Nayryz table it is a symbol of prosperity and fertility. Each Kazakh woman has its own recipe but typically it includes the following seven (in Kazakh culture the number "seven has a magical meaning) ingredients: water, meat, salt, butter (grease), dough, cereals (rice, wheat, maize) and milk. The ingredients represent happiness, luck, wisdom, health, wealth, rapid growth, and divine protection. The meal is offered to all guests among other traditional Kazakh dishes such as beshbarmak, kuyrdak, baursaks and so on.

If you want to wish somebody a Happy Nauryz, you can say "Nauryz Kutty Bolsyn!" ("Have a happy Nauryz!"), and it is proper to reciprocate with the phrase "Birghe Bolsyn!" ("You have one, too!").

Materials on theme
The National Museum of the Republic of Kazakhstan: keeping up with the times
The monument for the classics of the Kazakh literature T. Ahtanov and K. Shangytbaev was opened in Aktobe.
Kazakh wedding traditions: uryn kelu
Conference "The scientific debates of the former Soviet Union: Problems and Prospects"