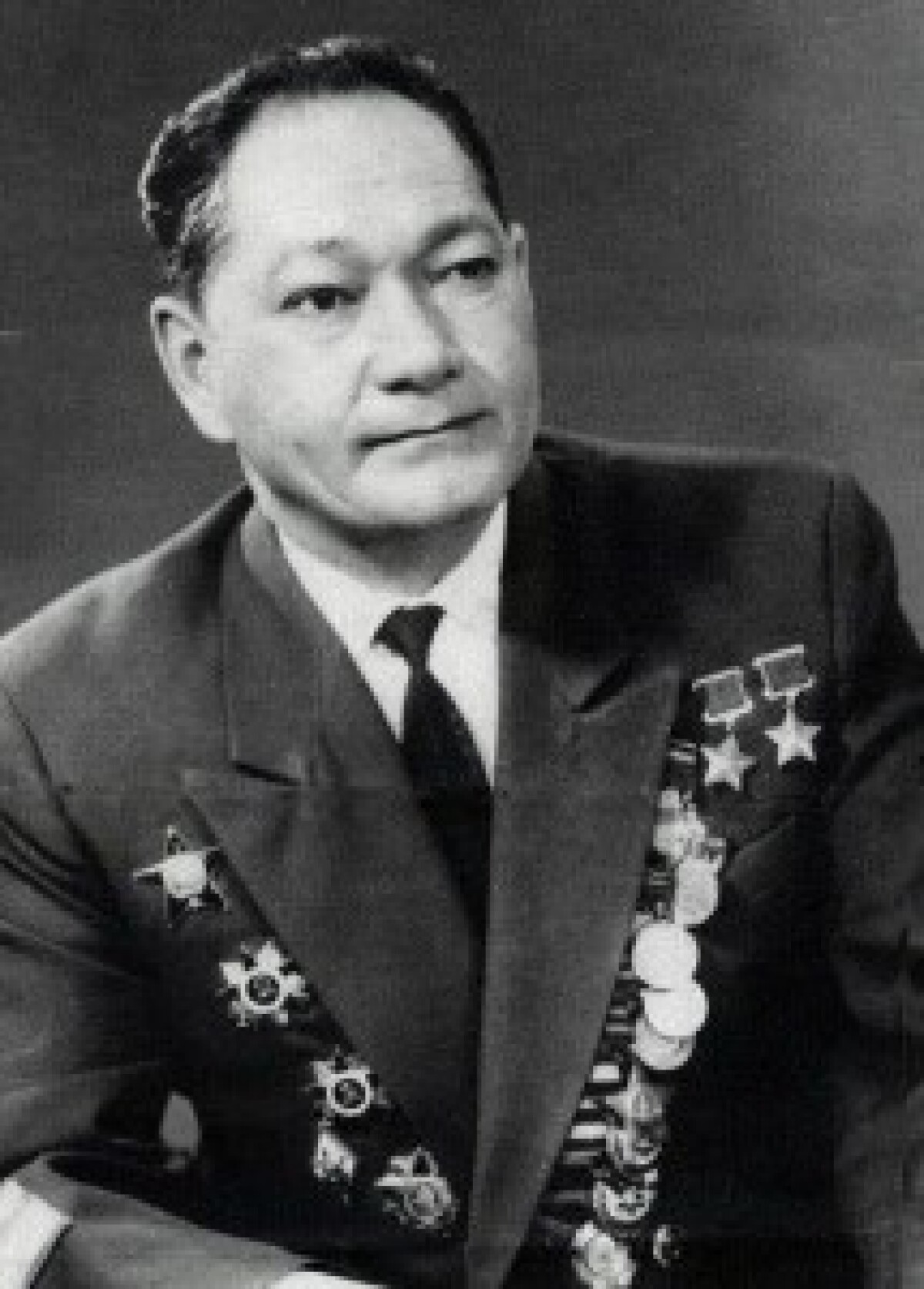 Talgat Begeldinov is the only Kazakh to receive the title of the Hero of the Soviet Union twice. During the Great Patriotic War he was a pilot of aircraft IL-2.

Talgat Begeldinov was born on August 5, 1922 in a family of farmer. According to one version, he was born in the village of Maybalyk, Akmola region. Another version says that he was from Pishpek (now Bishkek, Kyrgyzstan).

In one of his books Talgat Begeldinov wrote the following: "I was not born in a maternity hospital, surrounded by doctors and skilled birth attendants or in a house with a midwife. My mother gave birth to me in a high two-wheel bullock-cart driven by camel. It was a usual nomadic migration from one customary pasture to another.

In this case, the migration was caused by another reason. The famous in Akmola region landowner Galibai wanted to save livestock from confiscation. With this aim, he requested my father and some of his relatives to drive the cattle to the Alatau mountains. It was a great herd which contained Galibai’s fifteen thousand cattle, including more than one thousand horses.

My mother was pregnant and travelled on camelback until the very last moment, like other women in the group — it was more comfortable. Only when the birth occurred she was transferred to a bullock-cart driven by the same camel. She gave birth to me in this cart in the open air. It happened on the second or third day of the trip, not far from our village near Maybalyk Lake.

As a tradition, the group of people stopped because of birth of a boy. Messengers were sent in all directions to gather people from the nearest villages. My father and his relatives organized a celebration. Then, after a long discussion older men chose a name for me — Talgat".

Talgat Begeldinov explained that the confusion with regard to his place of birth arose because he grew in the childless family of his uncle Yakubek (younger brother of Talgat’s father Tusupbek). It was a Kazakh tradition. Talgat’s parent passed away early because their life was very difficult.

"Later, it happened that I was given to a childless family of my relatives and moved to Pishpek. My new mother didn’t like me. The truth is that I grew as a street child. Sometimes I had to beg. I starved and went to mountains with my friends to find lizards and snakes. But I was daring", — the famous aviator recalled.

Talgat was the best student in his school. However, when he was transferred from Tatar school to Russian he faced enormous difficulties. He didn’t get excellent marks anymore. He couldn’t acquire Russian language. Once after the next lowest mark the boy came into an empty classroom and started crying. Suddenly, his teacher of Russian language entered the room. She felt sorry for Talgat and promised to help him.

"With my friend Arkadiy, who also had problems with this school subject, we went to our teacher. She had a clay house with straw roof. Her family was very poor. But the most terrible thing was cold. We looked at each other and run out. "Where are you going, boys?" — the words that our teacher managed to tell us, as she considered that we were afraid of the cold. But we had another idea. Storage of firewood was not so far from her place. We jumped over a fence and quickly took the wood. We went there twice. The teacher flung her arms up. Just in half an hour it became hot in her room. Several weeks we had additional tuition. She fed us unless had not so much food. That is why I written in Russian without mistakes", — years later, Talgat Begeldinov told.

In 1938 Talgat entered the Flying Club in the city of Frunze, the admission committee of which was not sure whether he was suitable or not (he was 16 years old but Talgat looked like a 14-year-old boy because of his childish face and height). In 1940, he moved to the city of Balashov to study at the military flying school, and then was transferred to the Chkalov Flying School in Orenburg. Talgat Begeldinov graduated from this school in 1942.

Fight to the death

In January 1943 Talgat Begeldinov started fighting on the fronts of the Great Patriotic War. Having just 11 hours of flight experience he became a pilot of aircraft IL-2 and had 4-6 missions a day. 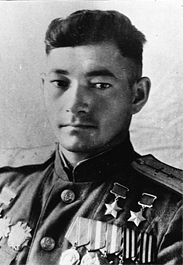 In one of his interviews, the twice Hero of the Soviet Union said the following talking about his aircraft which repeatedly saved his life: "There are no ideal aircrafts. But you have to take care of your warplane. And despite the fact that it is just an inanimate object it will reciprocate this attitude. I had a resilient aircraft. Sometimes I flew back and it was damaged seriously but still flying. He was also called "Flying Tank" and "Black Death". It was a dangerous weapon but not only constructors created this strength. It was supported by those who flew it, fought, died and won — pilots and riflemen of the Red Army Air Force Assault Regiments".

Talgat Begeldinov had 305 missions. Every time he could meet his death. Begeldinov shot down seven enemy warplanes, including legendary Messerschmitt piloted by German virtuoso of air combat Captain von Dietrich awarded for his military feats in Spain, France and in the Balkans. Though, pilots of assault regiments do not fight against enemy aircrafts, their main goal is to destroy ground troops. After the 9th military mission Begeldinov became the leading pilot, no one person was killed under his command. This is one of the achievements of Talgat Begeldinov.

On October 26, 1944 for courage and battle craft demonstrated during liberation of the cities of Znamenka and Krivograd, for 4 destroyed in air combats enemy aircrafts 22-year-old Senior Lieutenant Begeldinov was recognized as a Hero of the Soviet Union. 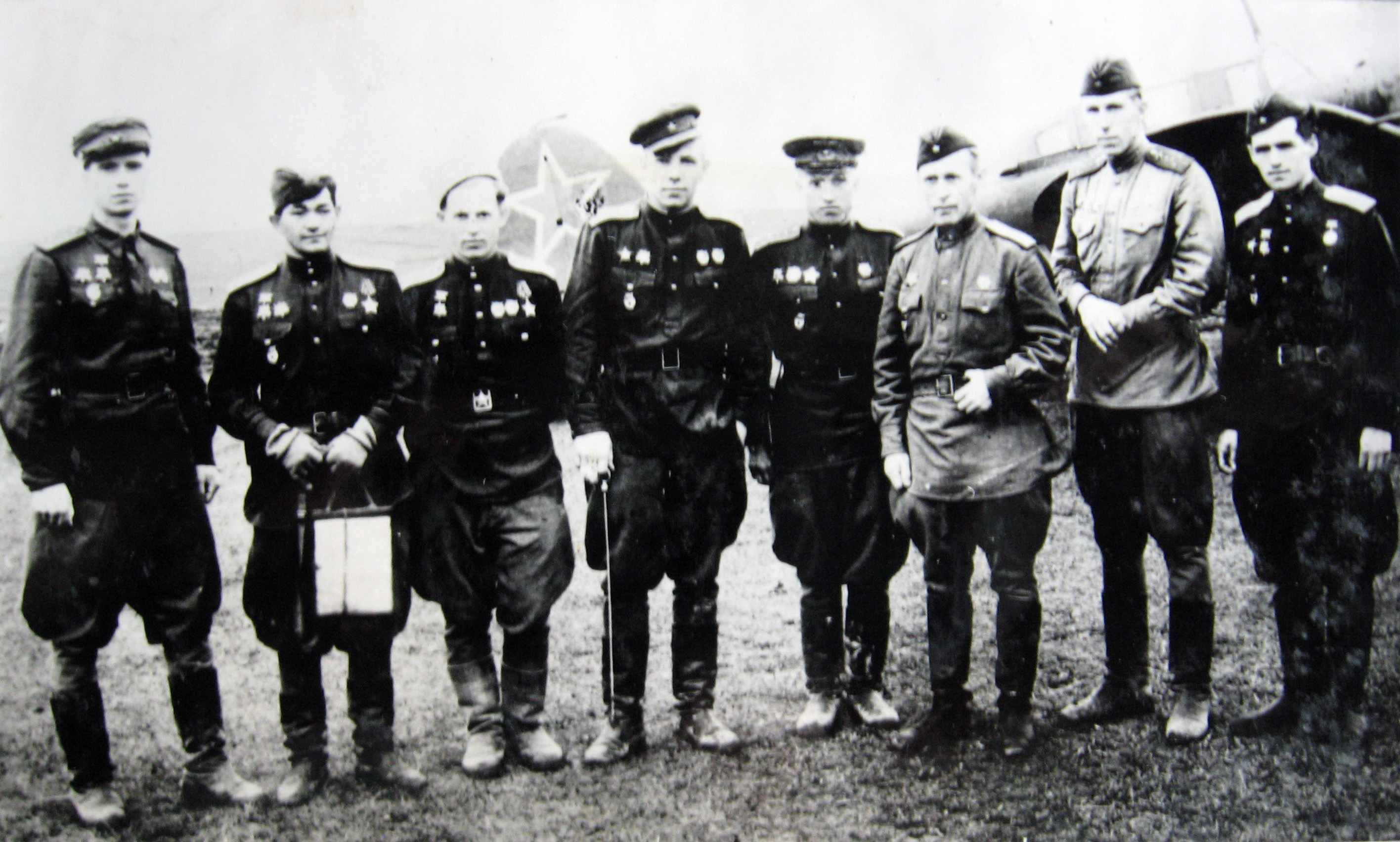 Captain Begeldinov became the twice Hero of the Soviet Union on June 27, 1945. He was awarded the title for the command of the squadron and military feats during the assault on the enemy’s troop and technique in the battles for the cities of Krakow, Oppeln (now Opole), Katowice, Breslau (now Wroclaw) and Berlin. In June 1945 he took part in the Victory Parade on Red Square, Moscow.

Talgat Begeldinov participated in all most dangerous battles, protected Moscow, Kiev, European countries, attacked Berlin. He is the only person in Central Asia and Kazakhstan to receive the title of the Hero of the Soviet Union twice.

The Hero of the Soviet Union told that he didn’t believe in omens. His aircraft under the number 13 is an evidence of it. The number was lucky for Begeldinov. However, every time before the flight he prayed, like the great-grandmother taught him. "She was the only person in my childhood who loved me so much. She passed away when she was 101 years old. I had already studied at the Flying Club. Once I came and she said me: "My dear, I will teach you how to pray. If it is rain or lightning, just pray and you will be in safety". The young man remembered the words when he was on the front.

Life on the ground

After the war, Talgat Begeldinov continued his service in the Armed Forces of the Soviet Union. Until 1970, he worked for the civil aviation. The pilot graduated from the Moscow Engineering-Construction Institute, held senior management positions at the Gosstroy of the Kazakh SSR (the government body for the implementation of national planning, monitoring and management in the construction sector). He was a deputy to the Supreme Soviet of the USSR of 2, 3 and 12 convocations. Begeldinov was the President of a charity fund for veterans of the Great Patriotic War and orphan children. 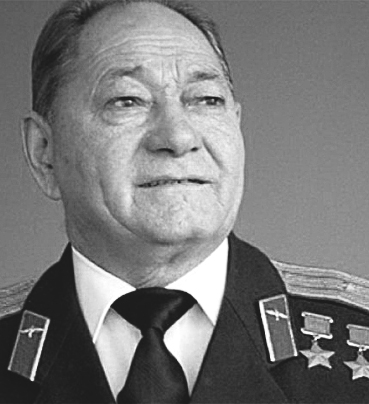 During 40 years, legendary pilot had worked at his own apiary. He called it "fun" or "peaceful squadron" and spent all his free time there. Those people who knew him best told that Begeldinov was very shy; it was easy to communicate with him and get assistance. He was a real internationalist and repeated incessantly that friendship between soviet people was the factor which helped them win in the Great Patriotic War.

In recent years, Talgat Begeldinov endured a long illness. On November 10, 2014 he passed away.

Talgat Begeldinov had a long life and saw his Motherland after this bloody war. He told the following: "I do not wish anyone to see a war. But if it happens, May God helps you and our grandchildren and great-grandchildren destroy enemies like we did. This is our message".

He was a legendary person. We believe that Talgat Begeldinov will be with us forever. Indeed, as long as we remember a person, he is alive.