Home News Other The Trail of Statehood

The Trail of Statehood 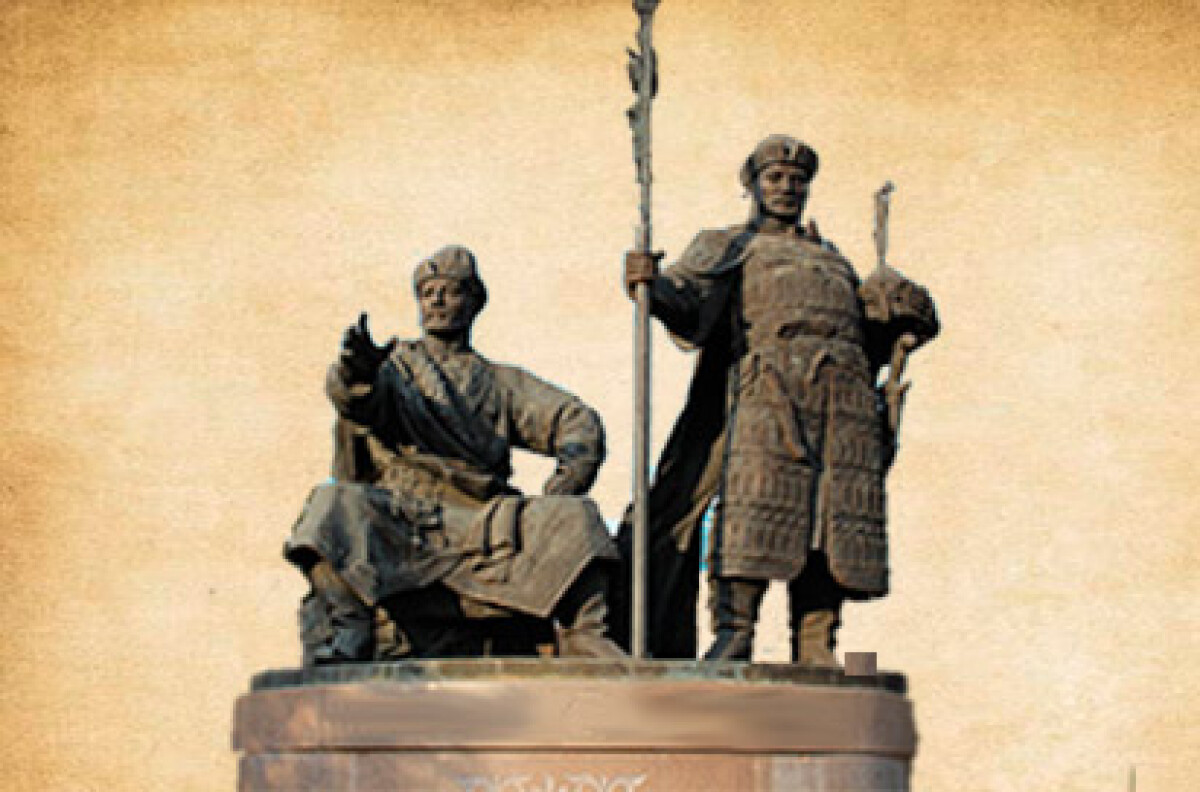 Web portal www.e-history.kz and the nationwide movement “Kazakhstan 2050” bring to your attention an infographic reflecting main milestones in the development of our statehood.

The year 2012 marks one of the most significant events in the history of Kazakhstan — the 550th anniversary of Kazakh statehood. In October last year at the meeting of aqctivists of the city of Astana the President of the Republic of Kazakhstan Nursultan Nazarbayev noted the following: "In 1465 Kerey and Zhanibek established the first Kazakh Khanate, and Kazakh statehood originates from that period. Probably, it was not a modern state in the contemporary sense of this term, within existing boundaries with such popularity and authority in the whole world. But the same can be said about all states of that period. The most important thing is the foundation was laid and today we are successors of our ancestors. Today our country preserves the traditions of centuries-old friendship and peaceful neighborhood with all nearby states. We have to preserve these relationships".

As it is known, in 1465 sultans Kerey and Zhanibek founded the first Kazakh state (Kazakh Khanate) between the Chu and Talas Rivers. The historic events and changes which took place from that moment to the modern stage of development of independent Republic of Kazakhstan is of a special social and cultural value.

The history of our state consists of numerous chapters dedicated to life and activity of outstanding figures of the Kazakh steppe. Kerey, Zhanibek, Khaknazar, Tauke Khan, Abylay Khan, Khan Abulkhair, Khan Kenesary, Alikhan Bokeykhanov, Akhmet Baytursynov, Mirzhakip Dulatov, and to name but a few. In the various historical periods they contributed much in formation of modern Kazakhstan. They were elements of one chain — the process of formation of Kazakh statehood which took centuries and included expanding of territory, development of institutions of power and formation of cultural and linguistic traditions.

With the aim to appreciate the worth and learn to respect the independence of modern Kazakhstan, we have to study every single page of its history. Only thus our young generation can realise that our country is a result of the bloodiest fights with invaders for the native steppes and belief in the bright future of the nation.

In this regard, the web portal www.e-history.kz, in conjunction with the group of activists from the nationwide movement "Kazakhstan 2050″, implements a special project named "The Trail of Statehood" — the history of formation and development of Kazakh statehood in a form of infographic. 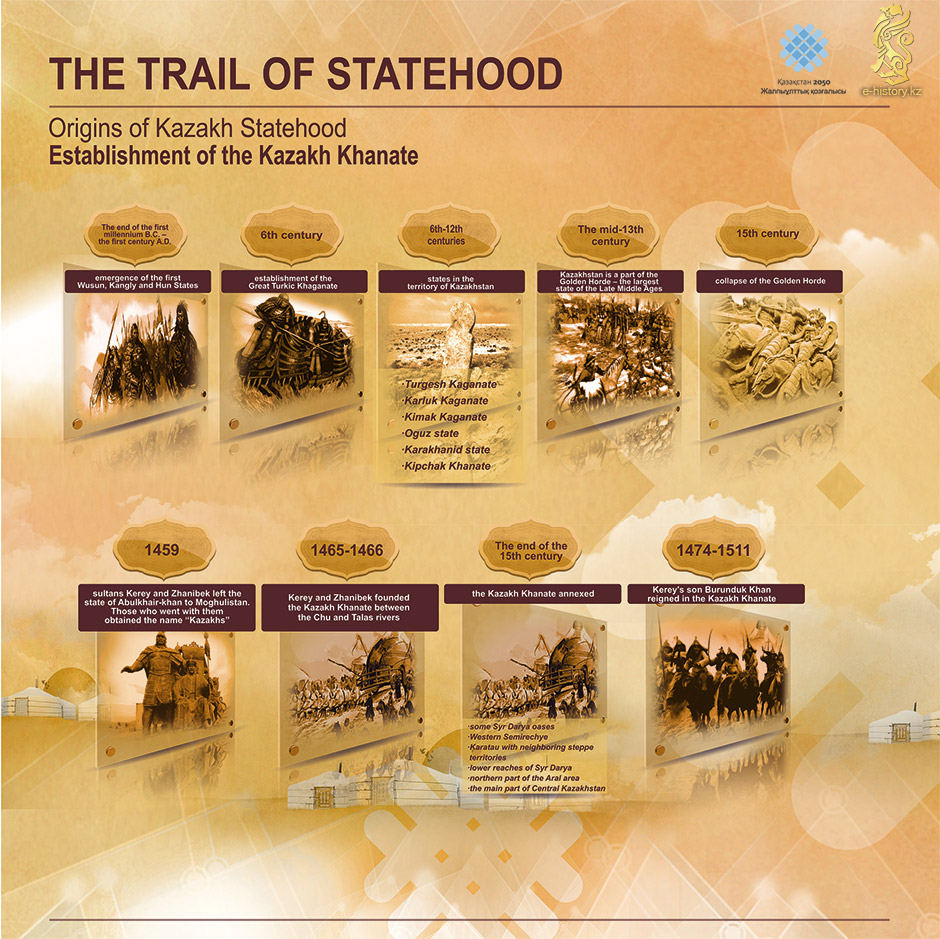 The first infographic tells about the origins of Kazakh statehood.