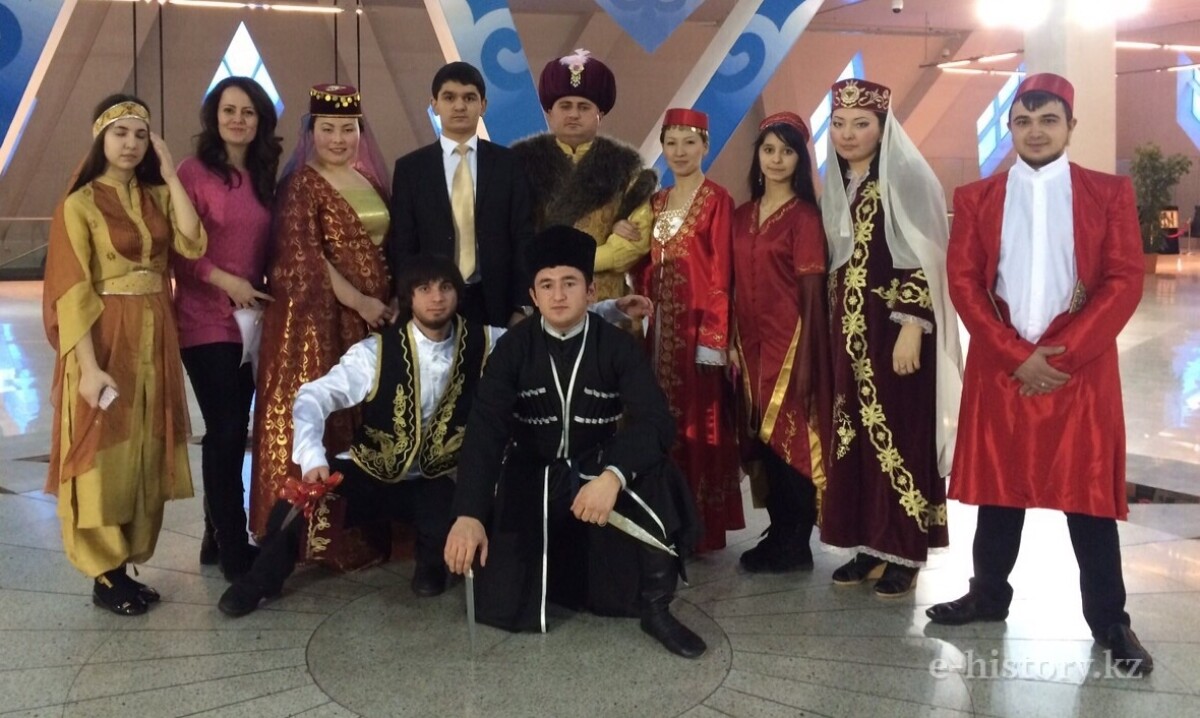 Turkish ethnic and cultural centre “Ahiska” has branches throughout the country and has been working successfully since 1991.

The centre "Ahiska" produces its own weekly newspaper of the same name in three languages, including Turkish, Kazakh and Russian. People read this newspaper, which links different peoples and gives information about their customs and traditions, with great satisfaction. Representatives of all nationalities who live in our country are proud of periodical published by their ethnic and cultural centres. The main themes of such newspapers are peace and harmony in the Republic of Kazakhstan, inter-ethnic friendship and civil integrity in the society.

The centre conducts an active work in accordance with the decision of the President related to study of Kazakh language. 80% of Turks living in the territory of our country speak Kazakh language. It is should be mentioned that according to the programme of social responsibility, the Turkish ethnic and cultural centre "Ahiska" established a school for pupils from low-income families in Almaty region.

Everybody knows that one of the main purposes of the Turkish ethnic and cultural centre is to nurturing patriotism. We attended one of patriotic meetings organised by youth. The event was accompanied by the evening of national Turkish dances and games.

We should also give information about the history of relocation of Turks-Ahiska to Kazakhstan. On July 31, 1944 the Committee of the State Defence of the USSR made a decision concerning displacements of Turks-Ahiska from Georgia and their settlement in the republics of Central Asian and Kazakhstan. Thus, native dwellers of Georgia had lost their Motherland and obtained another territory to live.

In 1944 92 307 people from 220 urban habitats left their native lands. This group included 18 923 elders and disabled people, 27 399 women, 45 085 children up to the age of 16. It took them 22 days to reach the new place by train. On December 9, 1944 the train arrived to the city of Tashkent. During the trip people starved and suffered from cold and deceases. It is known that they were permitted to take the definite amount of food which would be enough only for three days.

Meanwhile 46 thousand of Turkish men fought on the fronts of the Great Patriotic War. 25 thousand of them never came back home. Eight Turks-Ahiska were recognized as Heroes of the Soviet Union.

Native land of Turks Ahiska is Georgia. They lived in the southern part of the country. Historically this region was called "Meskheti". Hence the name of the nation — the Meskhetian Turks. However, they call themselves "Turks-Ahiska".