Home News Other The old-timer building. The Gorky Drama Theatre 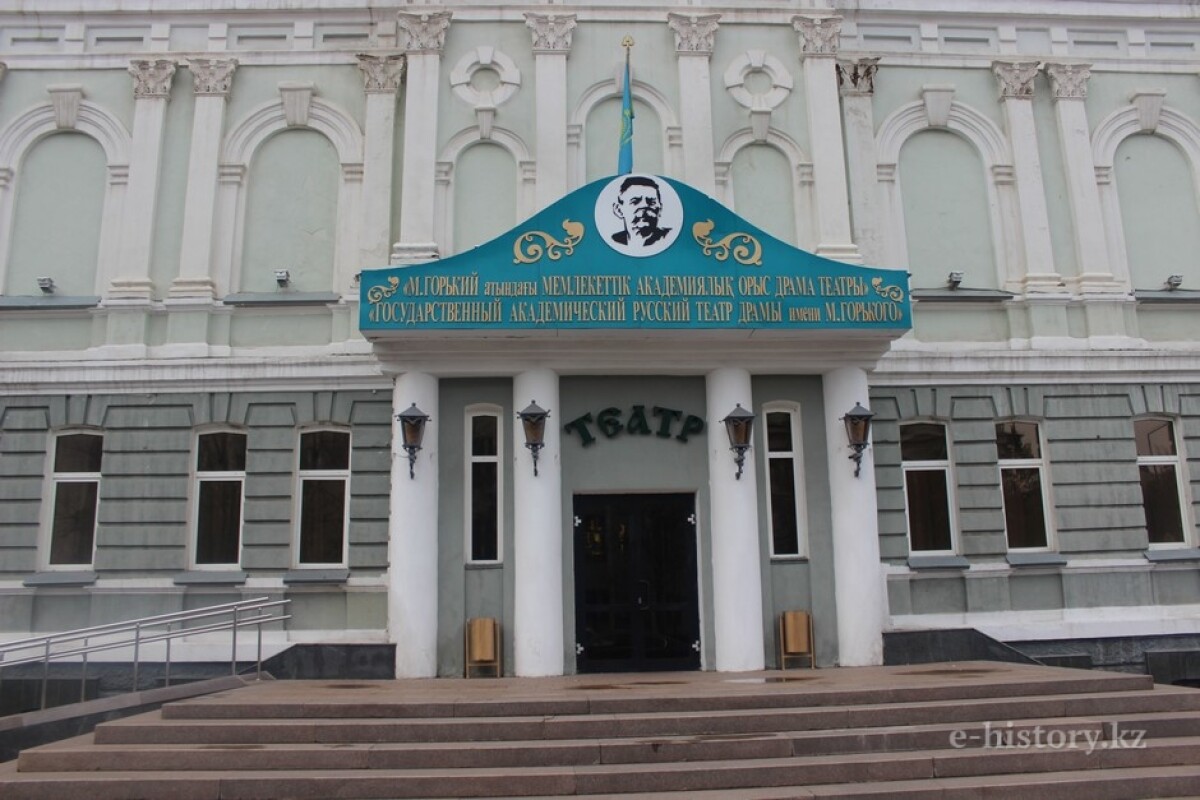 Undoubtedly, the Gorky Russian Drama Theatre is an adornment of historical centre of the new capital

Surprisingly, bas-relieves and stucco decors do not overburden architecture of the building. Thus, the easy architectural appearance of the theatre makes surrounding squares and streets more comfortable. The building itself exudes wisdom, romance and magic. 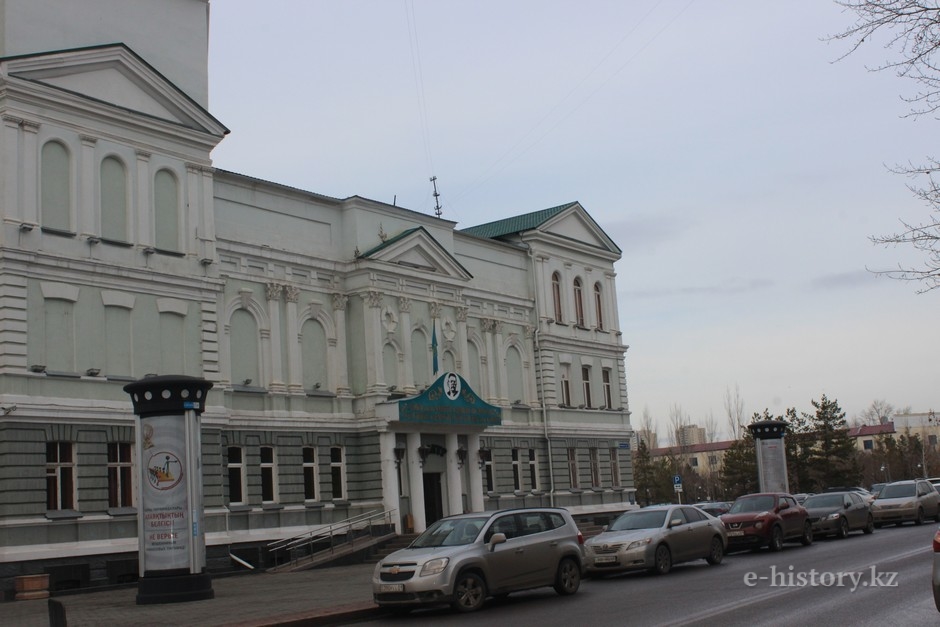 It is always a case when a building "has been living" in one city for more than a century. The drama theatre remembers country city of Akmolinsk, the heart of virgin lands Tselinograd and provincial Akmola. Its 100th anniversary the theatre celebrated in Astana, the new capital of Kazakhstan.

Unfortunately, the facts about the date of creation of the Gorky Russian Drama Theatre vary. It is exactly known that hobby groups of drama enthusiasts appeared in Akmolinsk long ago. In the 1890s at their request the city administration allocated 100 rubles to construct a theatre. The famous merchant and patron Kubrin gave the same sum of money. And in 1899 the new theatre launched its first theatrical season with the "Ivan Susanin" performance. 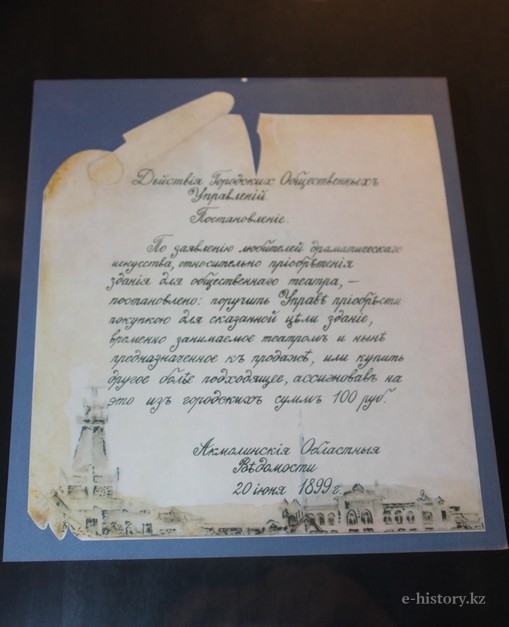 Nowadays the Gorky Russian Drama Theatre is situated in two buildings which are architectural monuments of the 19th and 20th centuries. The building made of a red brick was that theatre built in Akmolinsk in 1899. The ticket office and rehearsals room are situated there. The building has survived in the way it was built. 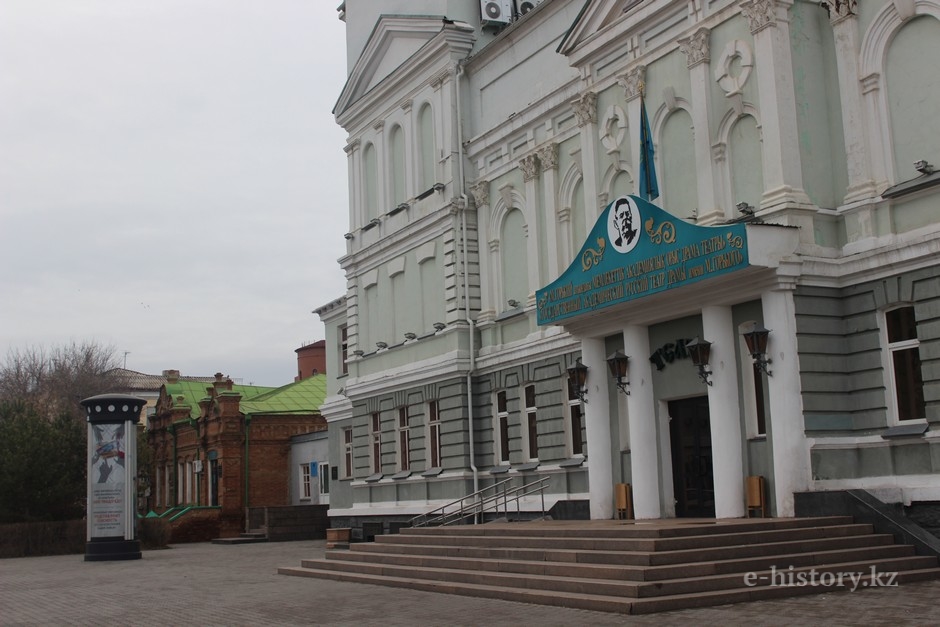 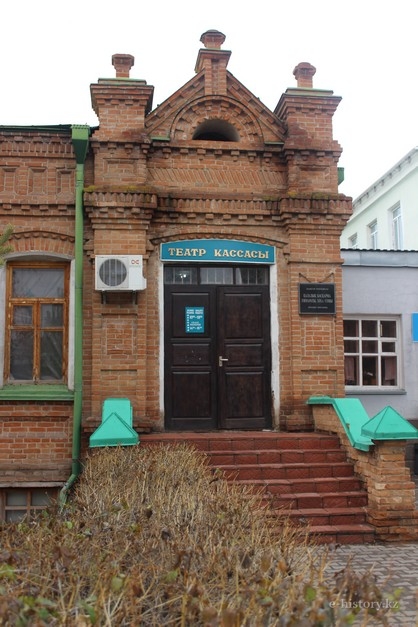 The building, where the stage is situated today, is composed of three floors. It was constructed in 1916. The building became fully owned by the theatre only in 1939. Until that moment the first and second city courts functioned there. It even had its own cells for prisoners. Even prior to this, gymnasium was in this building. 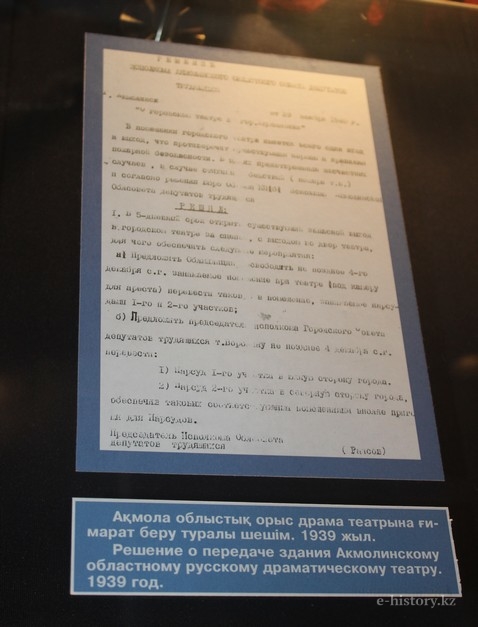 Before the new building troupe and theatre amateurs had to stay at different places. They played their performances in public library, the Alexander Nevsky Cathedral and Summer Theatre. Due to the lack of space they couldn’t produce plays in winters. Nevertheless, it didn’t impede the theatre to experience a boom, develop its potential and employ actors. 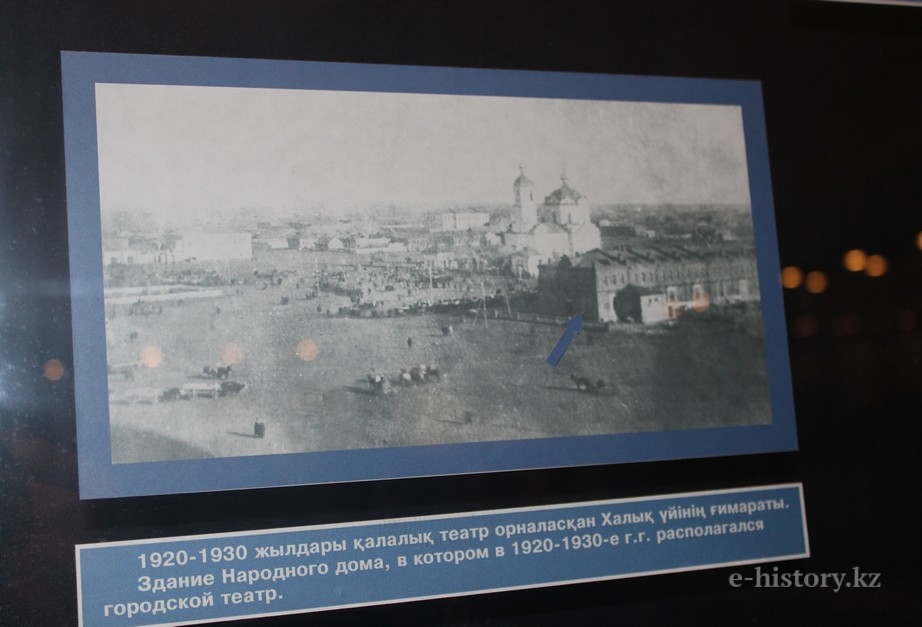 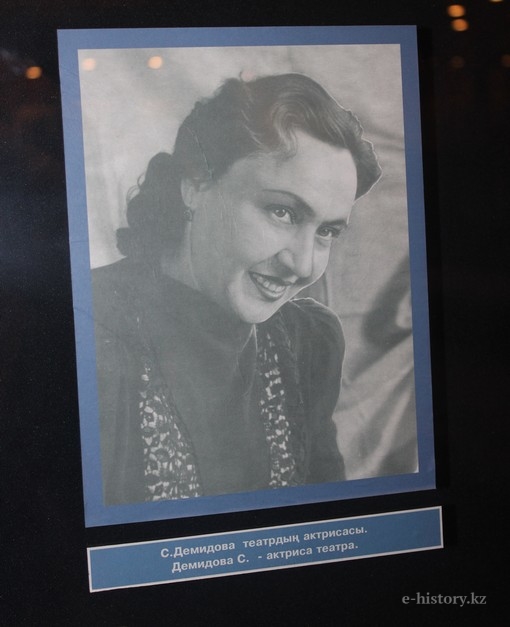 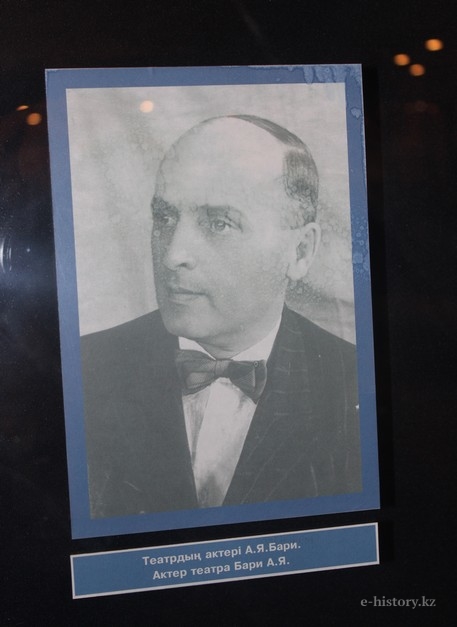 It continued working during the Great Patriotic War. The troupe became one of the leading teams in Kazakhstan. At that period, actresses — the ALJIR prisoners were member of the troupe. At the same time, Kazakh branch of the theatre started its work. There are posters written in Arabic script somewhere in the theatre. With the passage of time, Kazakh trope was disbanded and moved to the Karaganda Theatre. 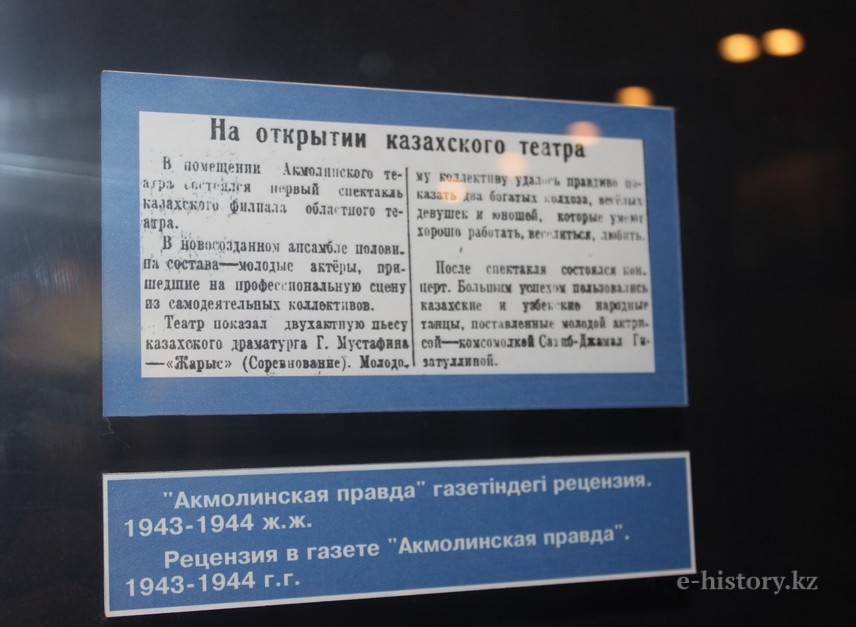 The "Saken Seyfullin" play translated to Russian language was one of the national performances. Thus, the tradition of the Gorky Theatre to produce performances by Kazakh writers began. 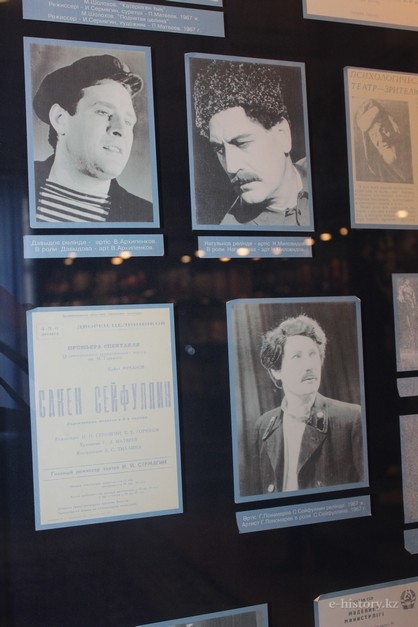 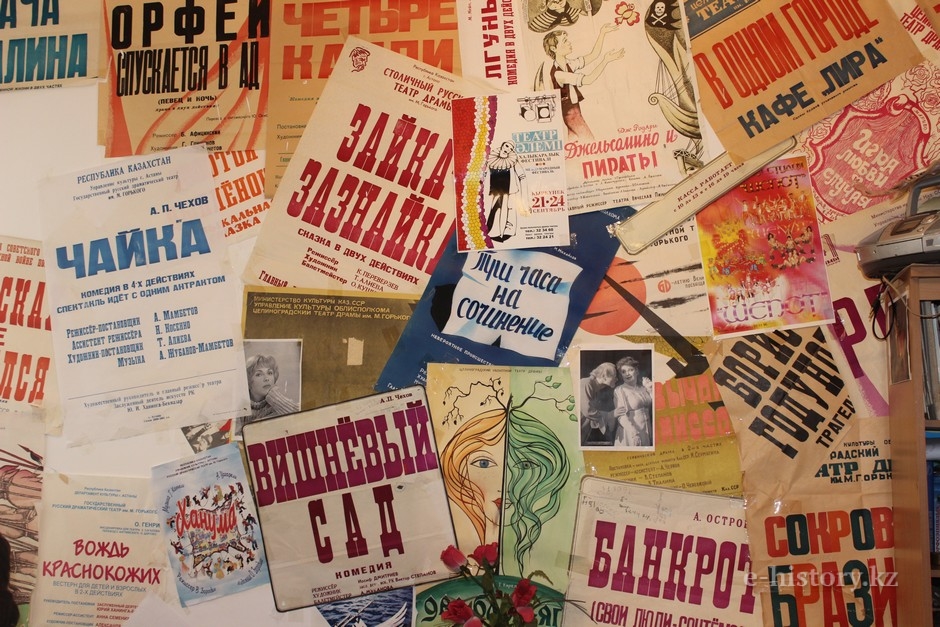 Posters of the Gorky Drama Theatre made at different times 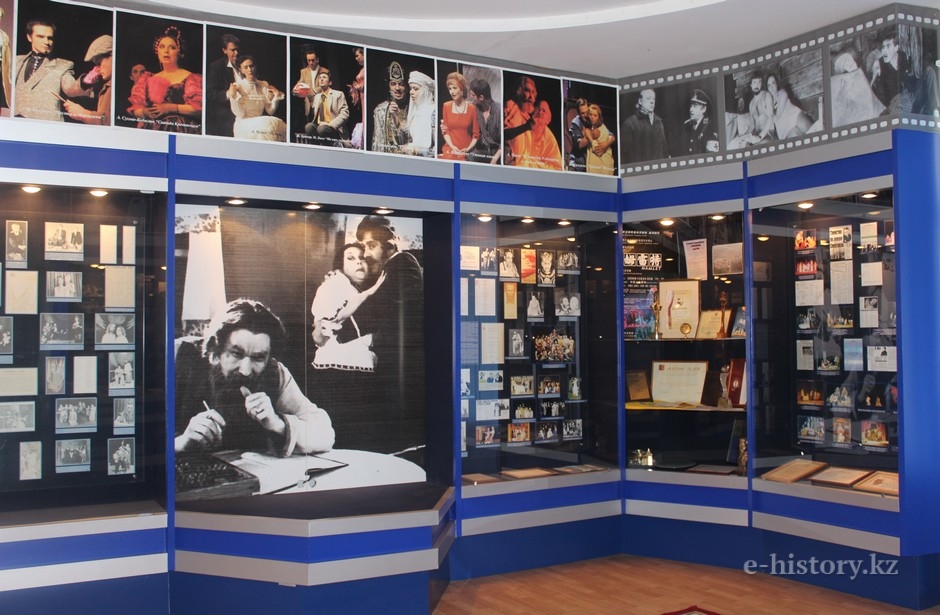 Museum of the theatre

The building had two floors. It survived several fires, so archival documents were destroyed. In 1983 the third floor was built and the construction obtained the modern shape. That was the period when a major refurbishment of the theatre was made. Unfortunately, only a beautiful stained-glass window remained, the interior was changed. 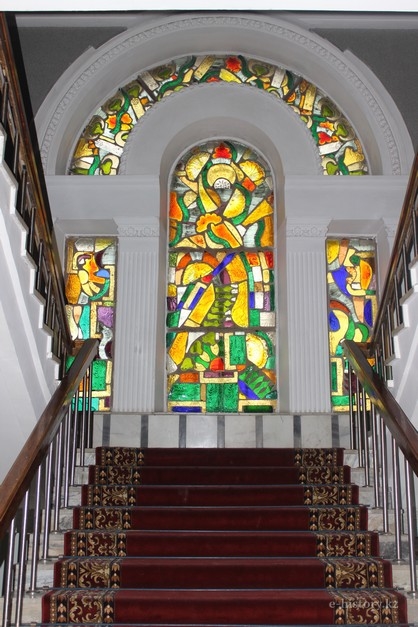 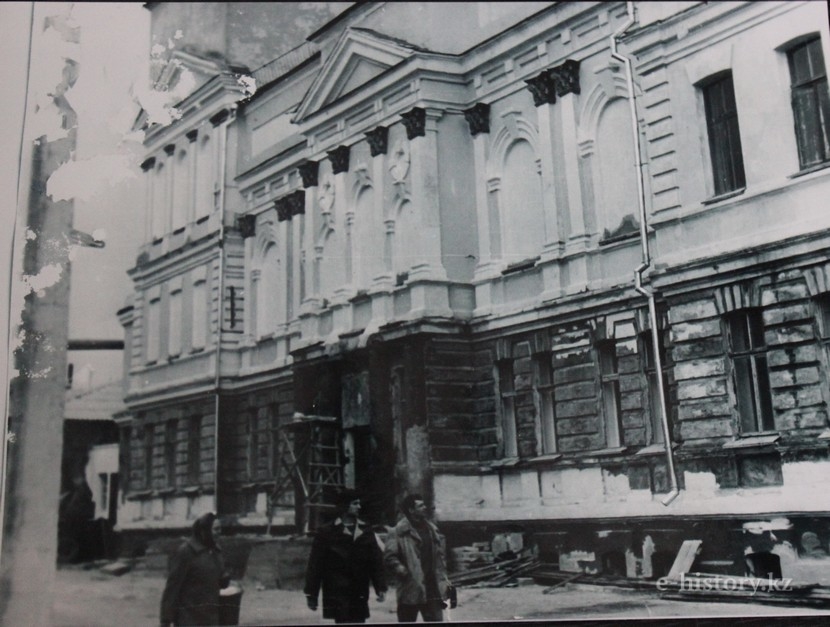 That is how the building looked during the refurbishment in the mid-1980s. Photo taken from the Archive of the City of Astana 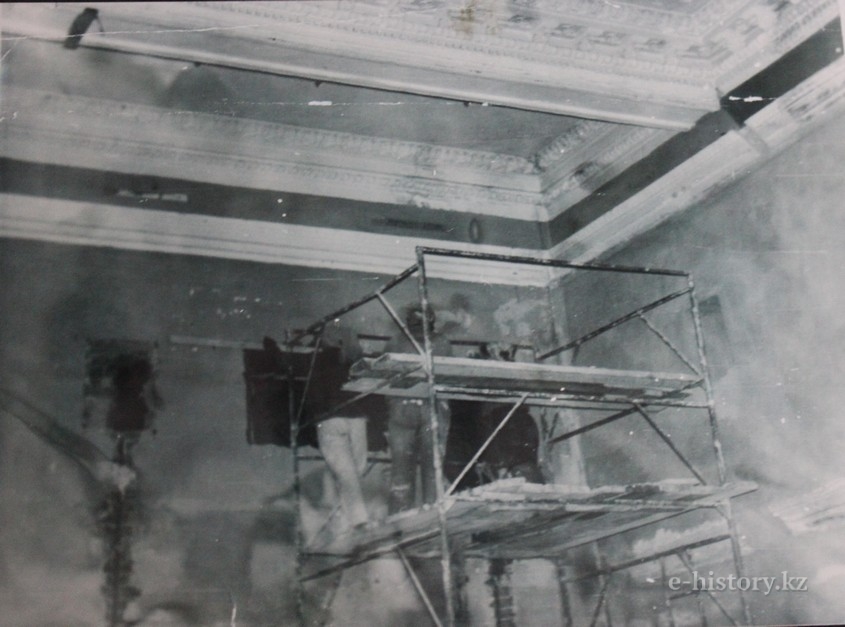 Refurbishment, inner work. Photo taken from the Archive of the City of Astana 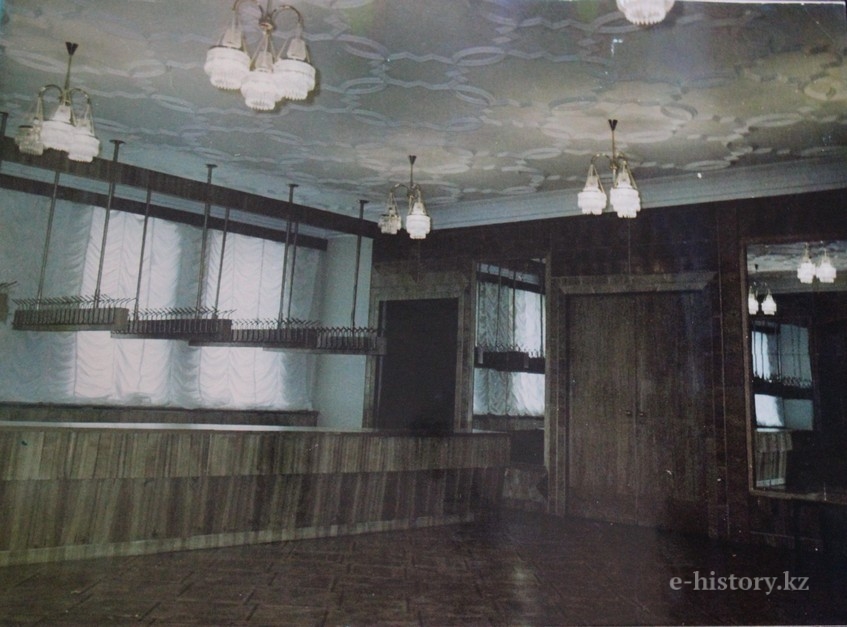 Cloakroom, the second half of the 1980s. Photo taken from the Archive of the City of Astana 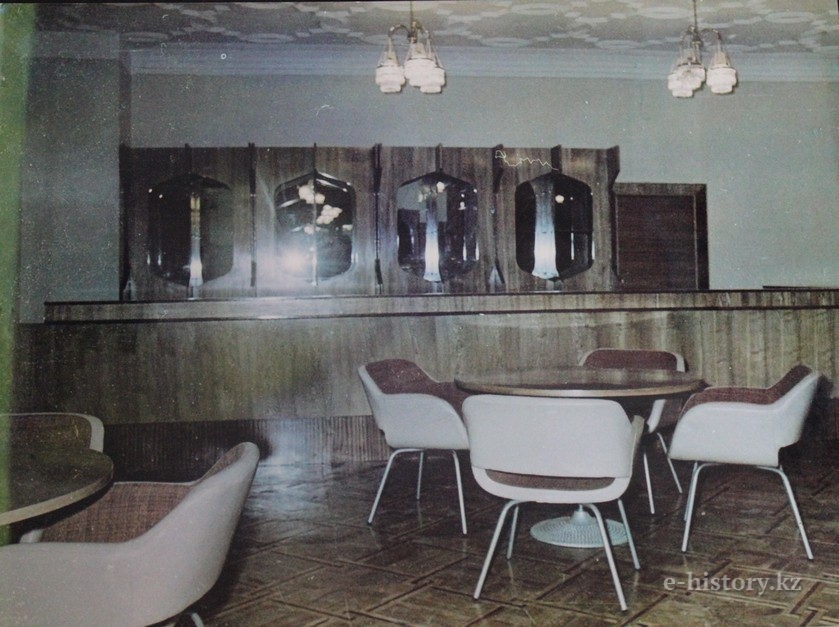 Buffet, the second half of the 1980s. Photo taken from the Archive of the City of Astana 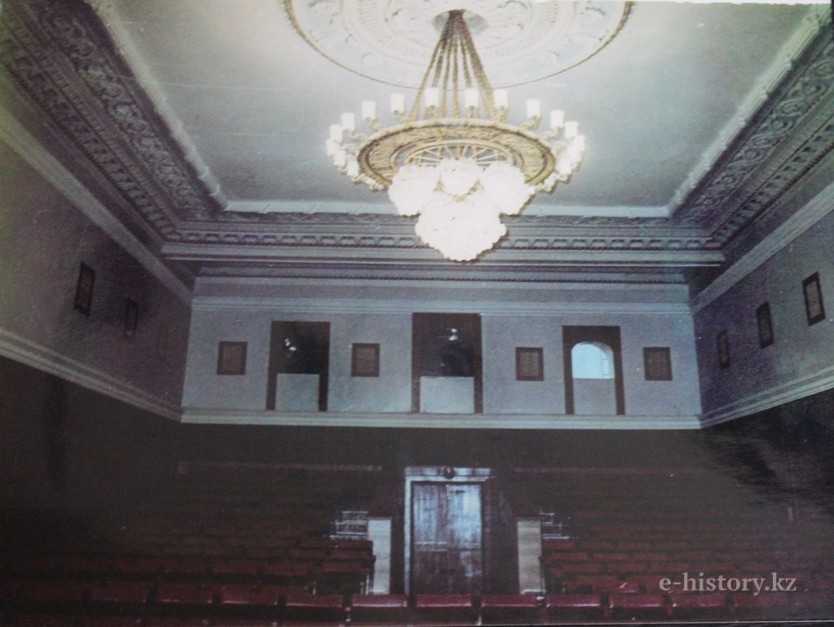 Auditorium, the second half of the 1980s. Photo taken from the Archive of the City of Astana 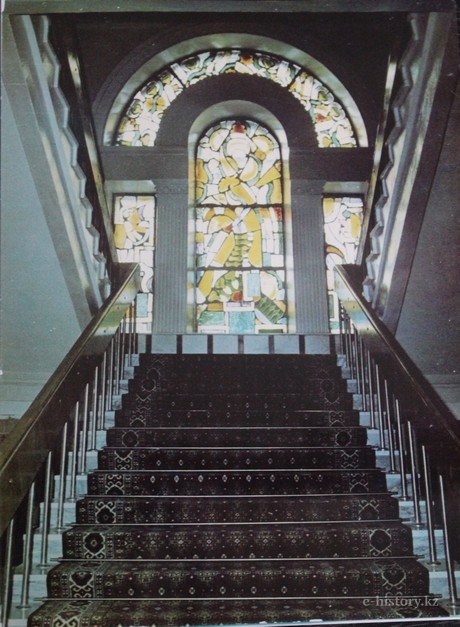 Famous stained-glass window, the second half of the 1980s. Photo taken from the Archive of the City of Astana

The difficult 1990s affected the spheres of art and culture in Kazakhstan. The Gorky theatre experienced catastrophic lack of funding sources. At the same time, that was one of the most successful periods of its history.

National drama performances became well-known for the entire independent Kazakhstan. "Kene Khan", "The secret taken by Genghis Khan", and others were produced in the theatre. Since the early-2000s many trips to participate in foreign festivals in Russia, Spain, China and Hungary had been made. Actors of our young state and new capital demonstrated their talents.

In 2001 the troupe celebrated the 100th anniversary of their theatre. Irina Muravyeva shared this joy with its actors and audience. She played a role in the "Cherry Orchard" performance.

This elegant historic building will ever remain in the hearts of theatre audiences and inhabitants of the city the favourite place for enjoying the art.