The unique funeral complex has been studied in Mangistau area 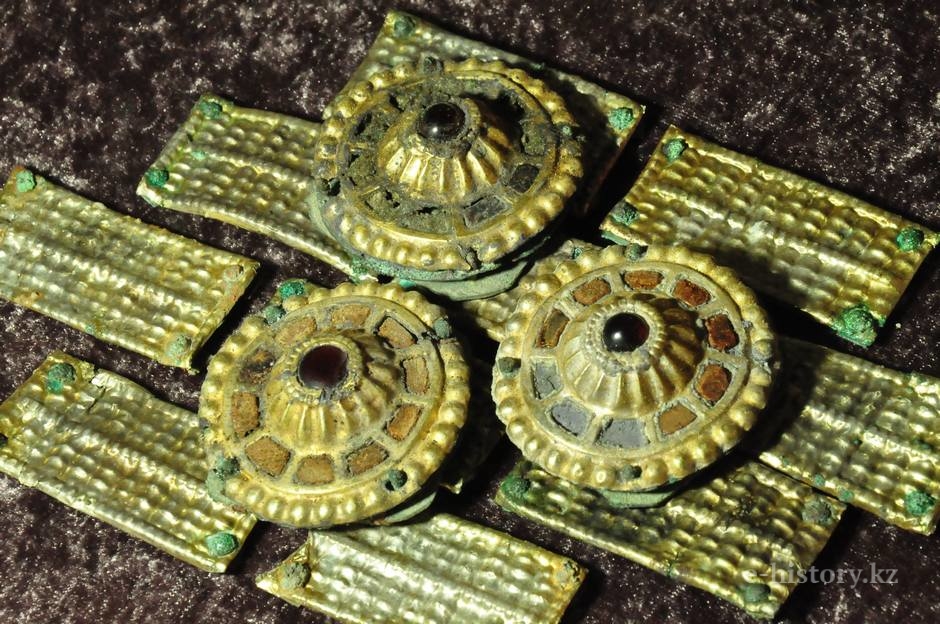 The archeologist Andrey Astafyev said about findings, carried out in Mangistau area this year.

In July, 2014, within the regional program «Modern history» the first stage of preliminary archaeological research of the cult and funeral complex Altynkazgan, located in the territory of the Mangistay region, was carried out. During research the area, structure and age of a monument were determined, and also local archeological exactions were carried out. 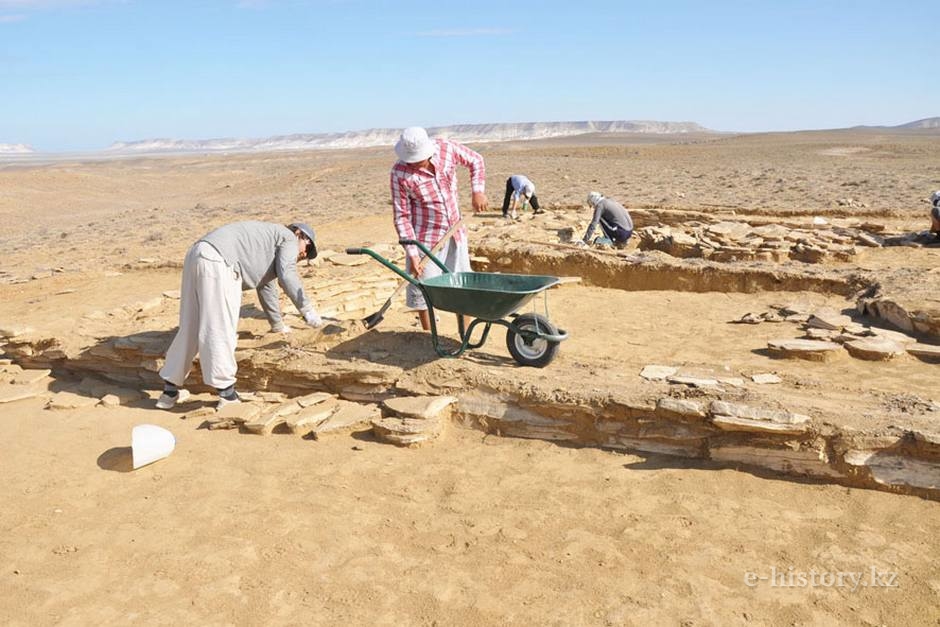 Excavation allowed to set that the area of a monument is 130 hectares. On this square about 198 archaeological objects were revealed, it is some types of stone constructions and 5 barrows with a soil embankment. Diameter of barrows — 25–30 meters with a height of 0,8–1,2 meters. 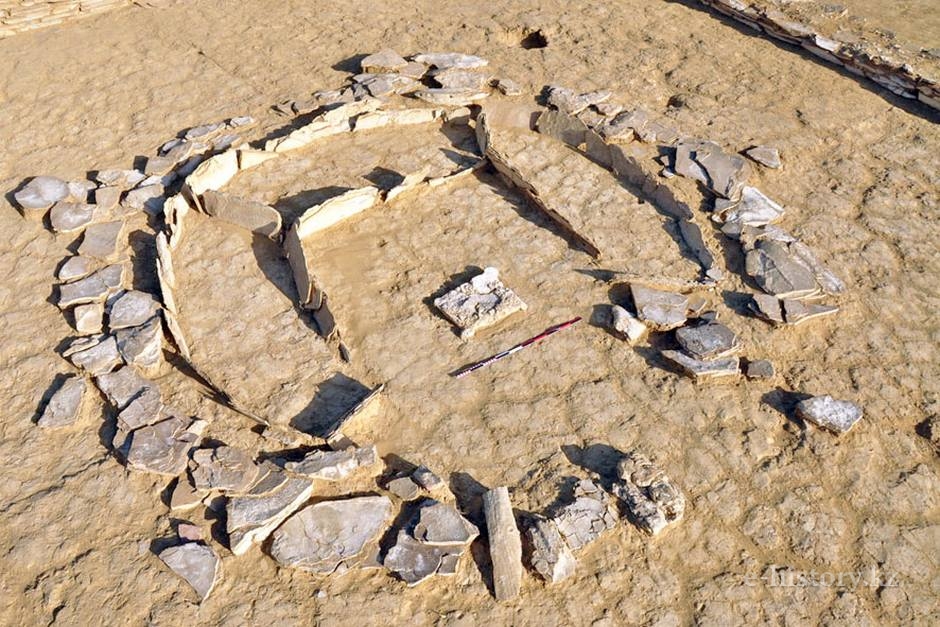 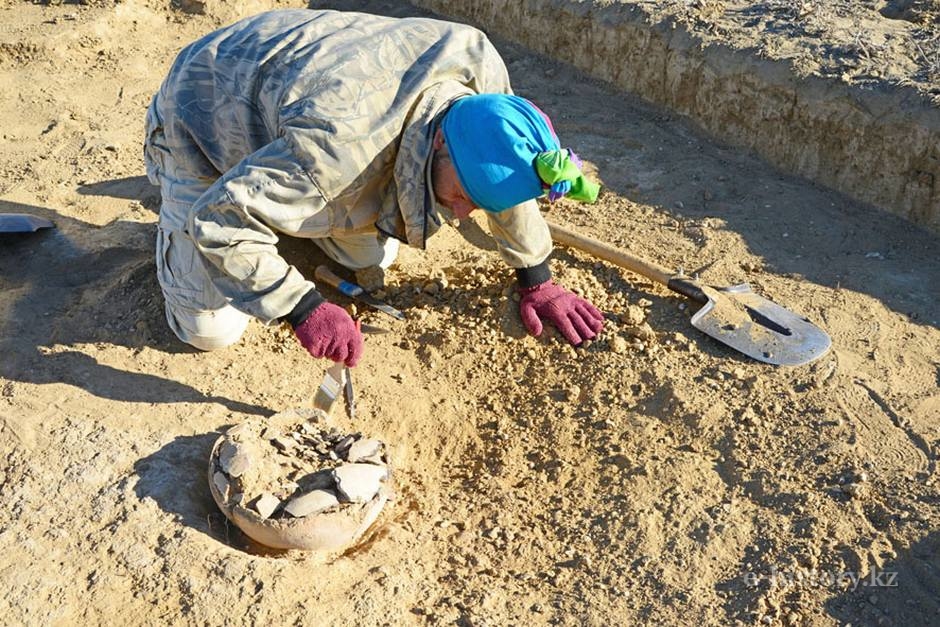 Monuments were arranged in big groups on five stoned hills. The main part of constructions testifies about their sacral and cult mission. Archeologists carried out survey of the main complex of a monument. 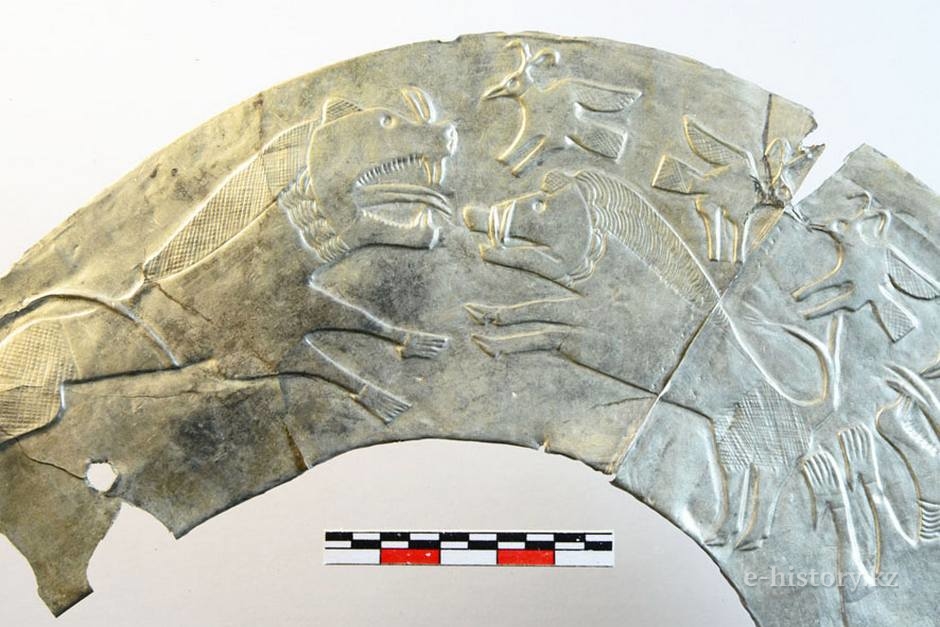 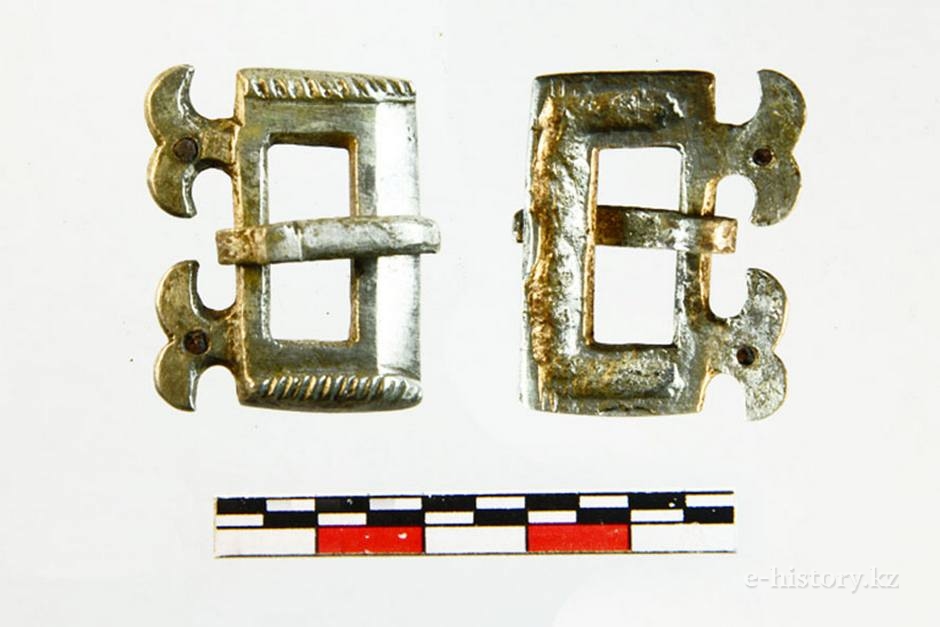 The part of products was made by stamping with foiled silver and gilding, placed on copper basis. Sometimes in a décor of products amber and glass insertions are used. Character of findings specifies that they were left as sacrificial gifts. The part of these subjects has direct analogies to monuments of an era of Great Resettlement of the People, studied in the territory of the Volga region, Ciscaucasia and Northern Black Sea Coast. 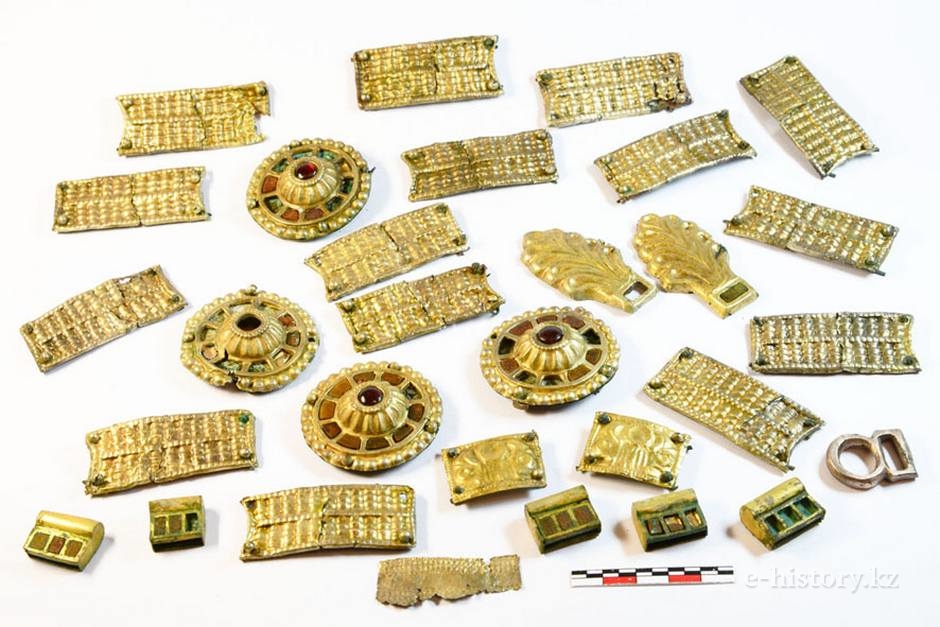 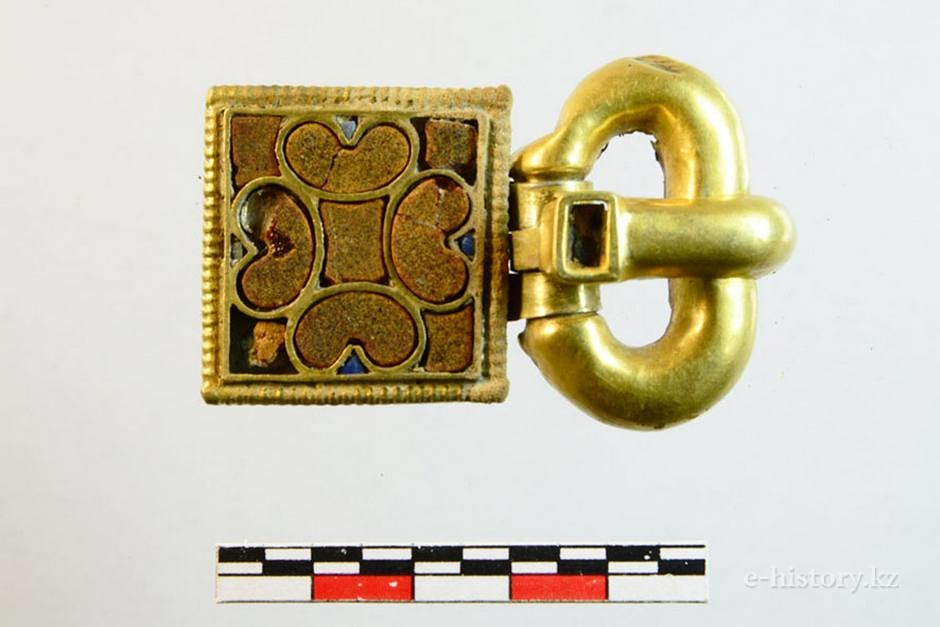 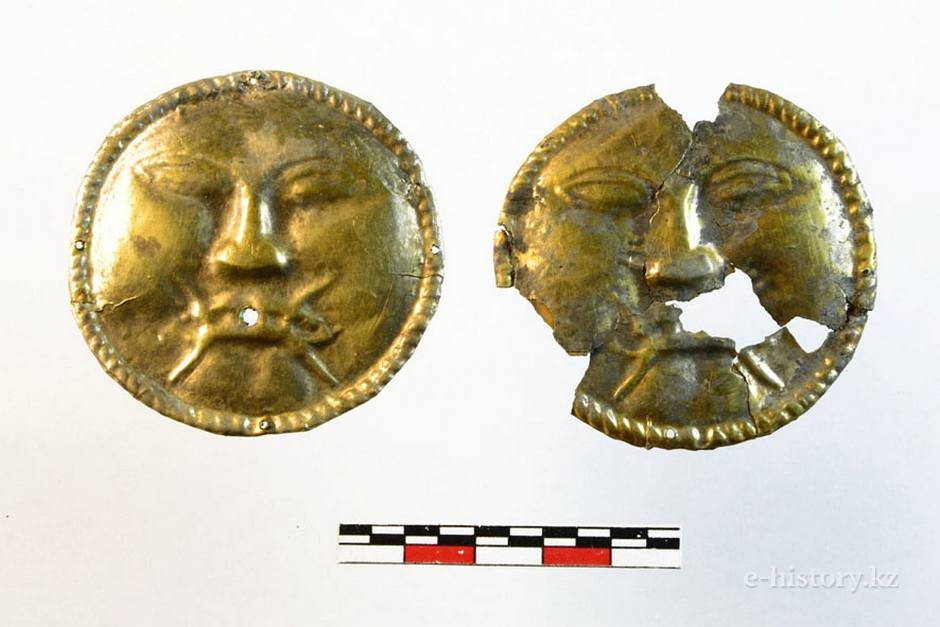 Archeologists made excavation of four objects: soil barrow, two large rectangular fencings and sketches tile and kurgan shaped. During excavation it is set that the barrow represents residuals of a cult construction, strongly injured from repeated robberies in the ancient time.

Fencings are residuals of cult and funeral objects. At the base of one of fencings burial of catacomb type where burial of the woman and child is revealed is found and studied. In a catacomb there were six clay tanks, a censer of chalk and other subjects. Under a y construction secondary burial of the teenager with a skull and hoofs of a foal is revealed. Iron products are found in burial: two stirrups, two belt buckles, tip of an arrow and small knife. In these subjects burial of the teenager is dated of the 10th century. 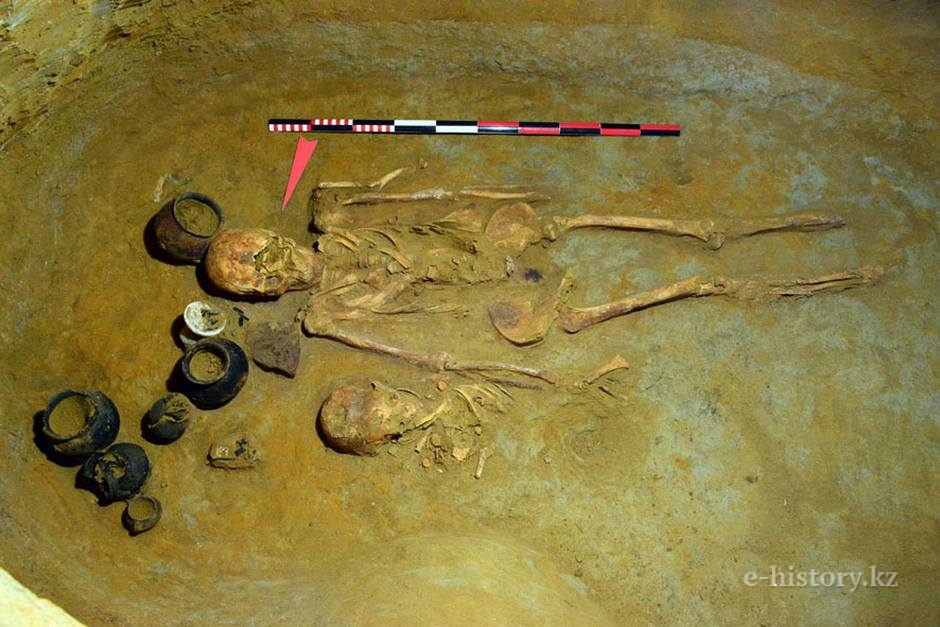 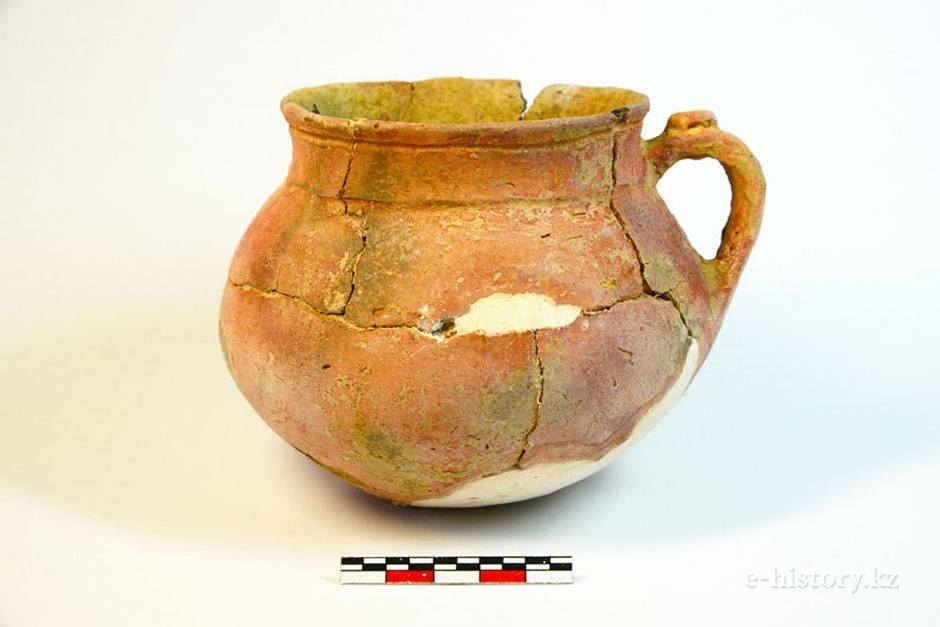 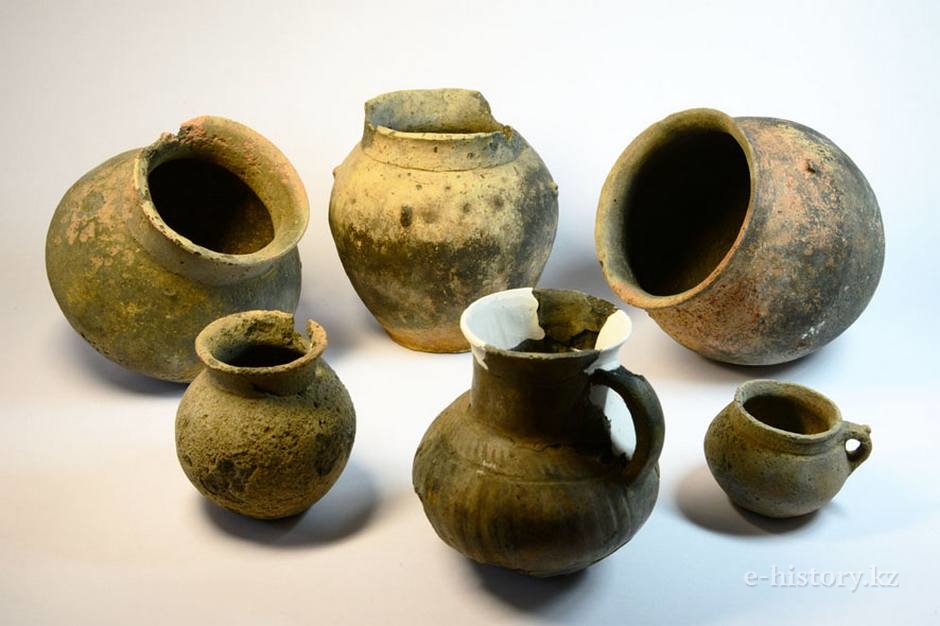 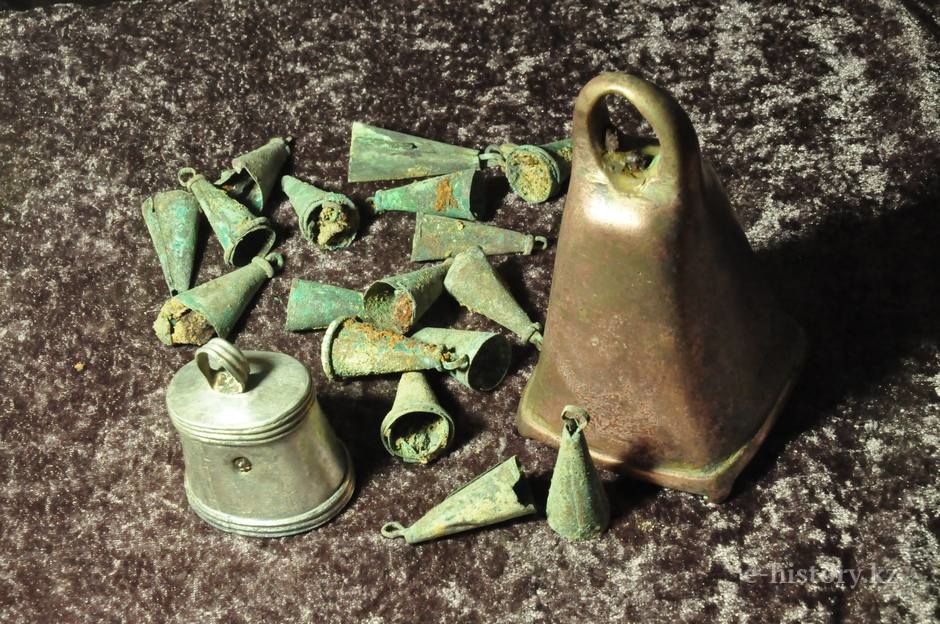 Approximately, the main complex of Altynkazgan was created in the second half of the 3rd -5th centuries AD.

The new and earlier unknown page of history of an era of Great Resettlements of the People is open for Mangistau’s territory.