Round table dedicated to the 285th anniversary of the Anyrakay battle 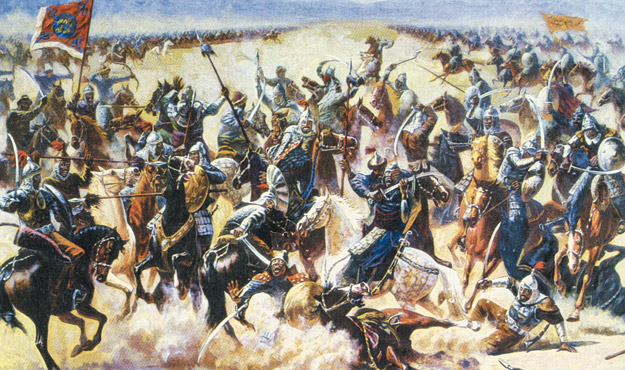 A round table dedicated to the 285th anniversary of the Anyrakay battle will be organized at the National Museum on December 4, 2014

The round table entitled "The Great Breakthrough in the Struggle of Kazakh Nation for Independence" will be carried out within the frameworks of the celebration of the 550th anniversary of the Kazakh Khanate.

Emergence of the Kazakh Khanate and the beginning of Kazakh statehood formation are among the most significant problems in the history of Kazakhstan. The Anyrakay battle became a landmark event in a liberation struggle of Kazakh nation against Dzhungar agressors. It was the great breakthrough in the national struggle for independence.

According to the press service of the museum, participants of the round table will present panorama of formation and development of nomads’ statehood and their attempt to preserve national identity and territory during many years of internecine struggle against Dzhungar for future generations.

The round table is organized by the National Museum of the Republic of Kazakhstan with the support from historians, students and professors of the Faculty of History, College under the Kazakh State University of Law, and aimed at patriotic and historical education of young generation.

Materials on theme
The premiere of the film "Amanat"
Oraza Ait celebrated in Kazakhstan
Ualihan Kalizhan. History created by individuals
It is impossible to research national history separately from the world history