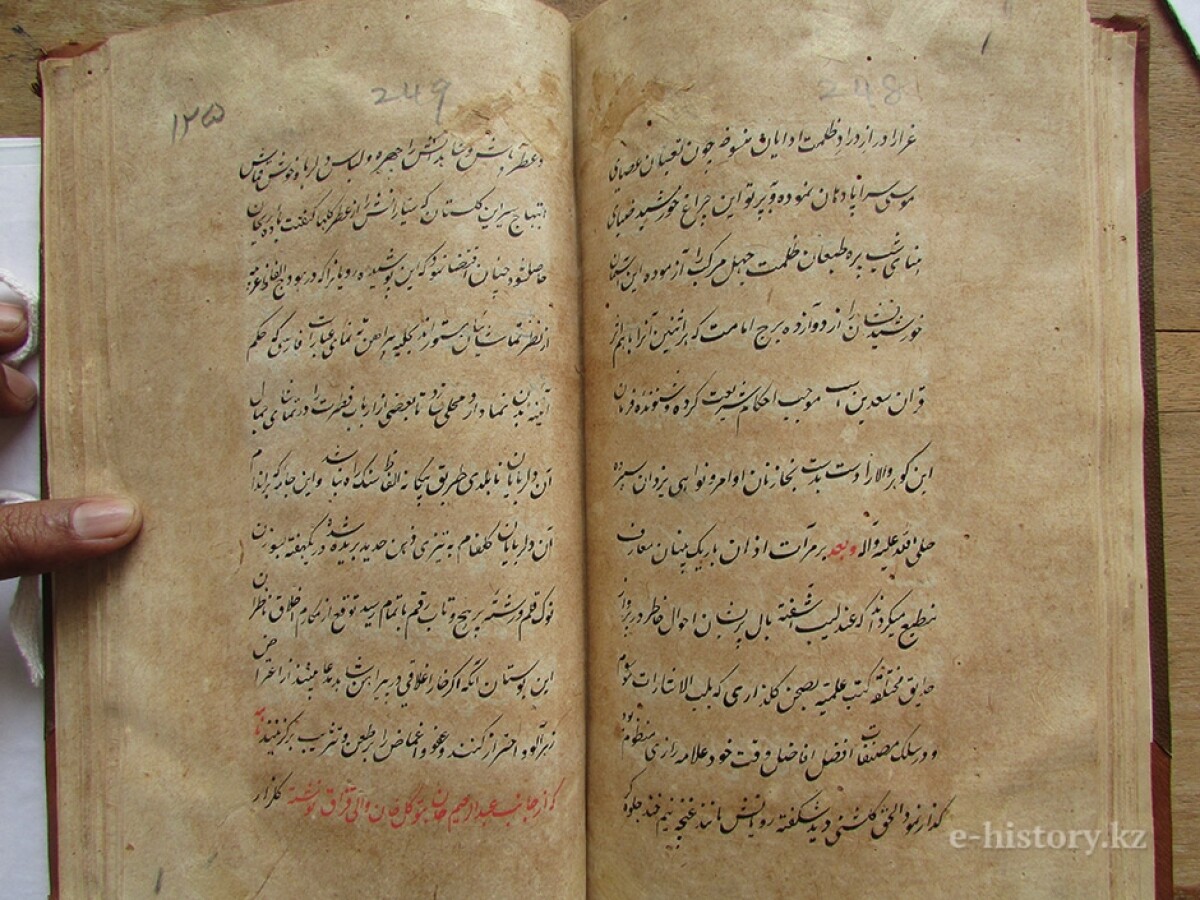 Historians from Kazakhstan discovered a previously unknown documents and manuscripts about the visit of the Kazakh khans to Persia.

The researcher of the University of Oriental Studies Galiya Kambarbekova participated in one of such scientific expeditions on collection of documents. She worked in the Central Library at the University of Tehran and generally identified more than 30 previously unstudied and neglected manuscripts in Persian language. These manuscripts consist of historical works devoted to the general history of Muslim dynasties, biographies and descriptions of campaign conducted by certain rulers of the East (13th-17th centuries), also collections of palace protocols of Iranian shakhinshakh («King of Kings») 16th-17th centuries.

In the essay «Silsilat al-Salatin» was found information on occupied territory Desht- i Kipchak (Cuman- Kipchak). According to this source, the Desht-i Kipchak stretched from north to south for 600 farsahs (parasang) from east to west, covering almost 1000 parasang (each parasang over 6 km.). This means that the territory of Dasht-i Kipchak was greater than the territory of present-day Kazakhstan. 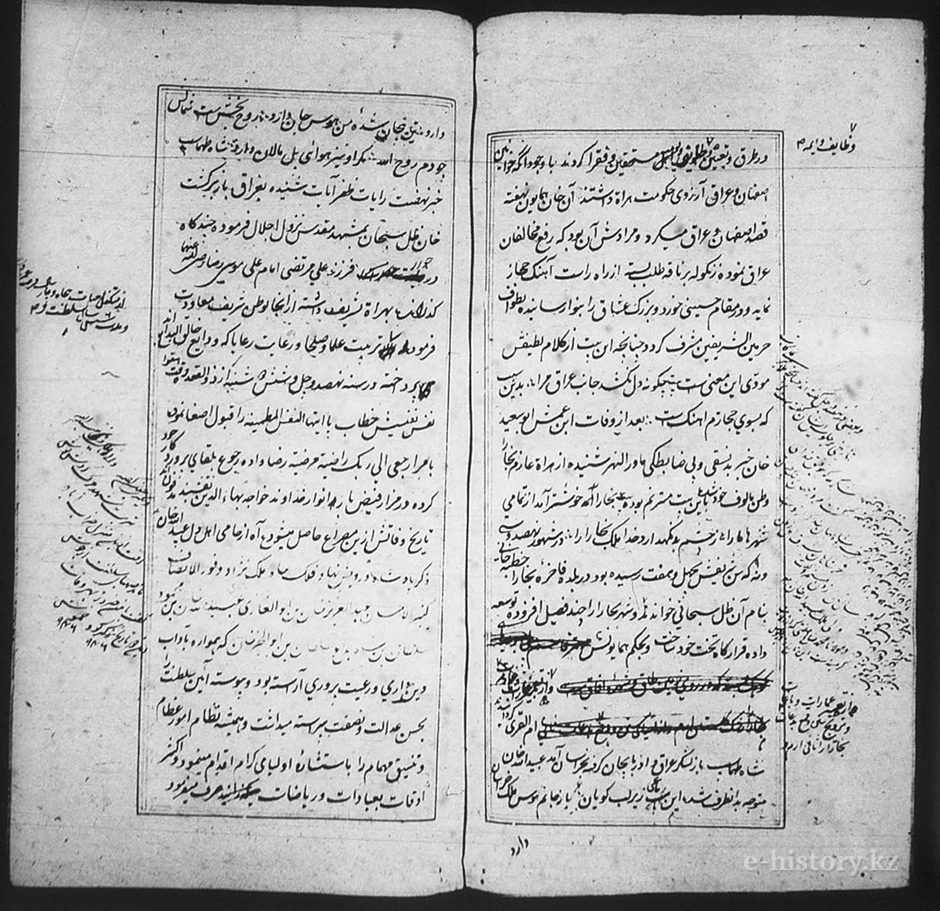 In the manuscripts «Tarikh-Safaviyya», «Tarikh-i Shah Ismail» and «Tarikh-i-AlamAra-ii Shah Ismail» contains information about headquarter of Kasym Khan. Iranian historians wrote that headquarter of Kasim Khan was located on the interest of the Iranian shah at a distance that could be overcome in six months, there is also said that the Kazakhs were Sunni Muslims. Also, there is an accurate description of the appearance Kasim Khan, said that he was sitting on the throne the Shah, where cheetahs were depicted and lions. He was dressed like his great ancestor Genghis Khan and even looked like something at him. 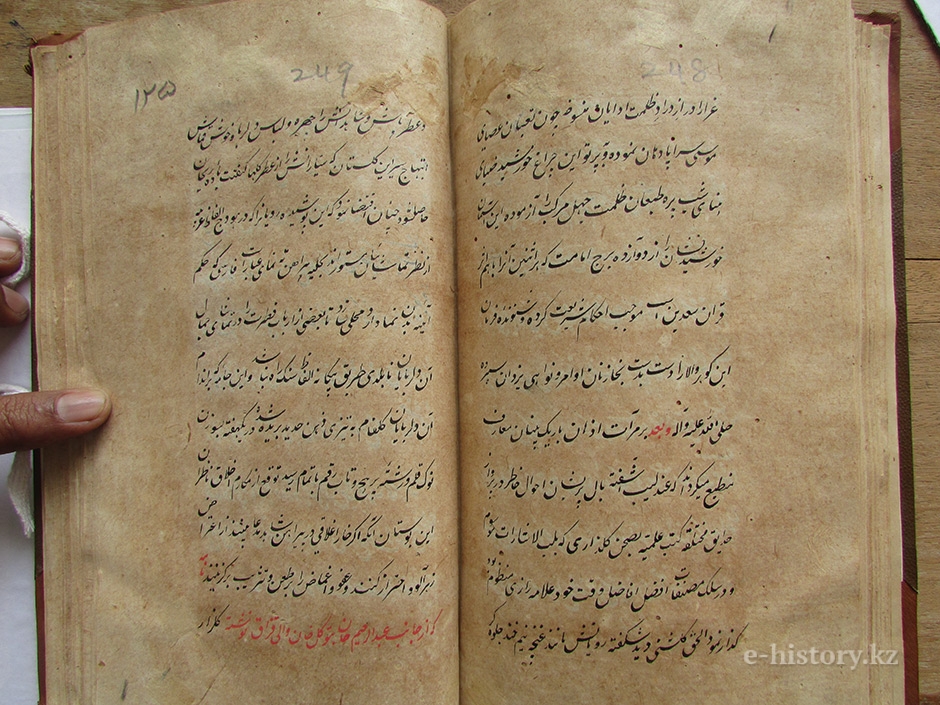 It is well known that the Kazakh khans and sultans led diplomatic correspondence with the rulers of neighboring states, but to prove this on the basis of written sources was managed during a scientific expedition. An important result of this expedition is revealed diplomatic correspondence of the Kazakh khans, this example: the reply of Iranian shah Abbas II to Kazakh Khan Tauke (1660–1661), also reply of Kokand ruler Abdulrahim bii to Tauke Khan (approximately 1716–1717). 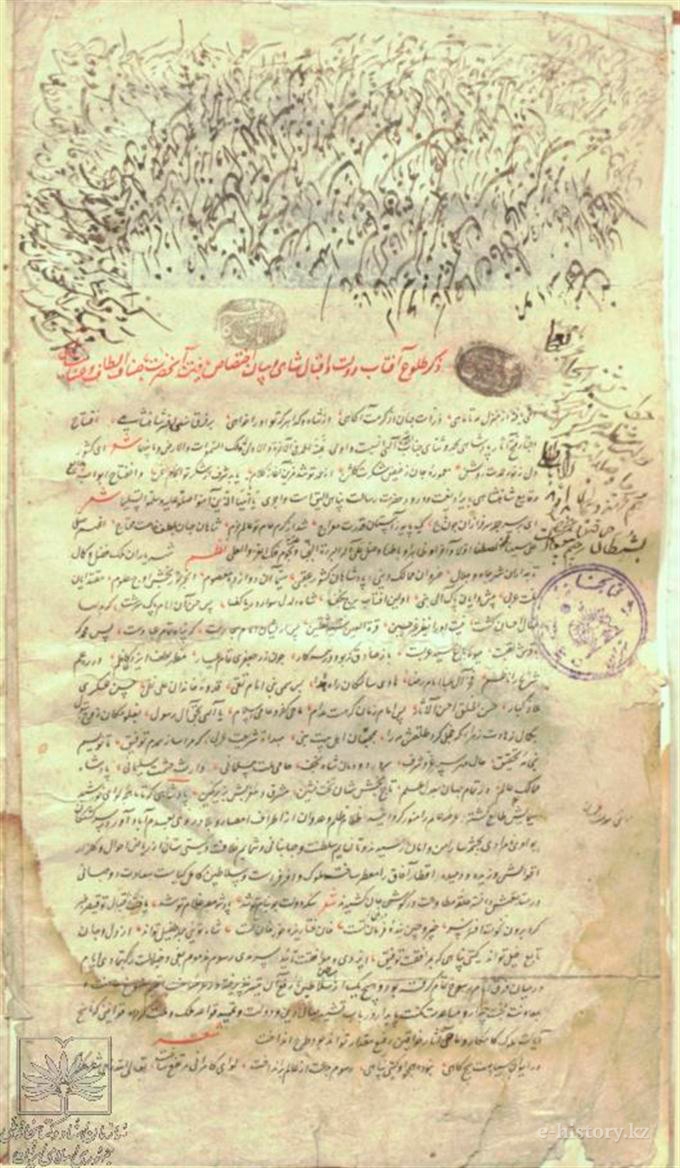