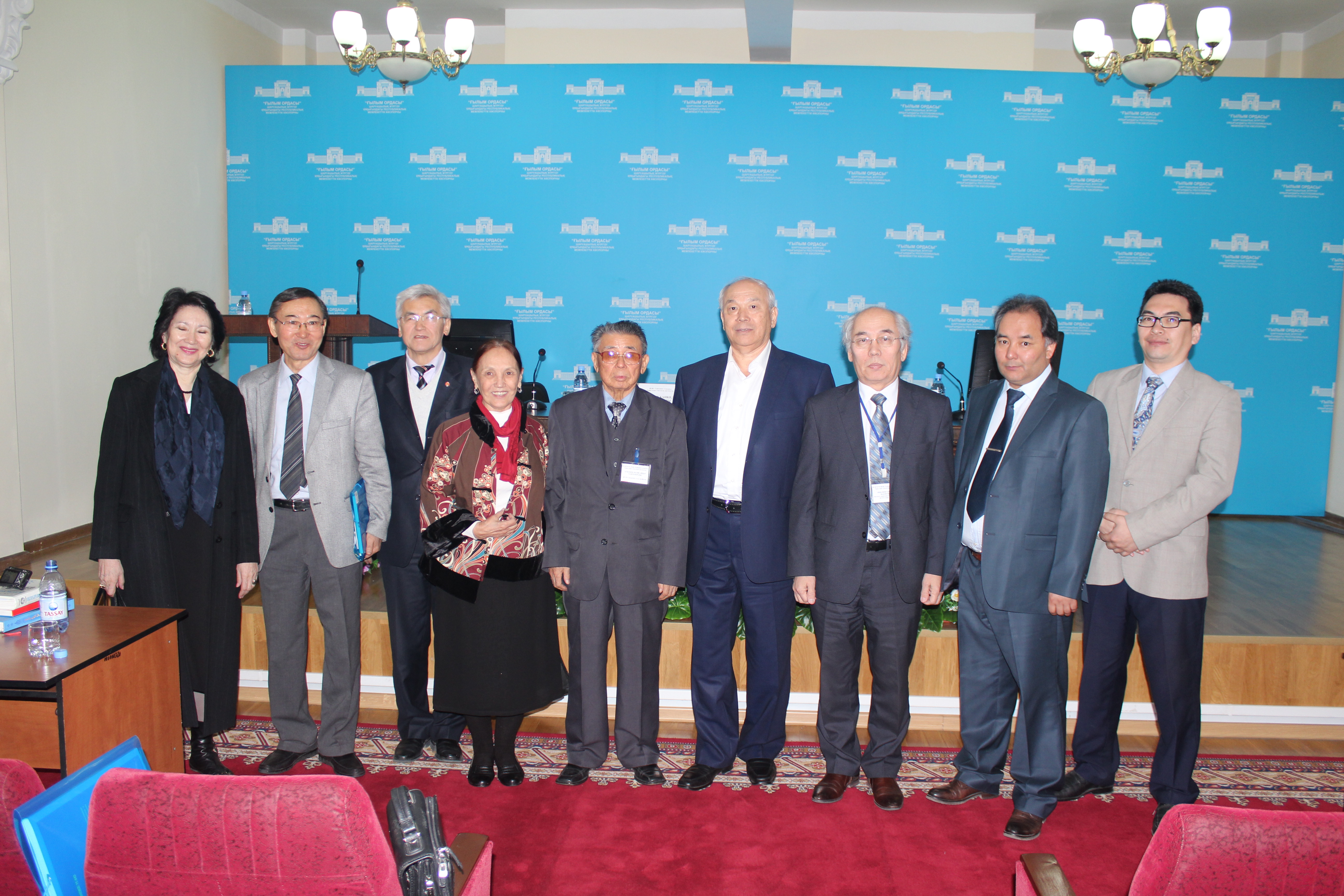 «Kazakhstan and the world historical space: general and special through the national idea «Mangilik el» was the name of the conference organized by the National Congress of historians»

Leading national historians and specialists from near and far abroad participated in this conference. Abzhanov Kh. M., the Director of the Institute, Corresponding Member of Kazakhstan’s Academy of Sciences, Doctor of Historical Sciences, Professor, started the work of the conference with opening remarks, Balykbayev T., Vice-minister of the MES of the RK, and Sydykov Ye. B., Chairman of the National Congress of historians also performed with their words of greeting. 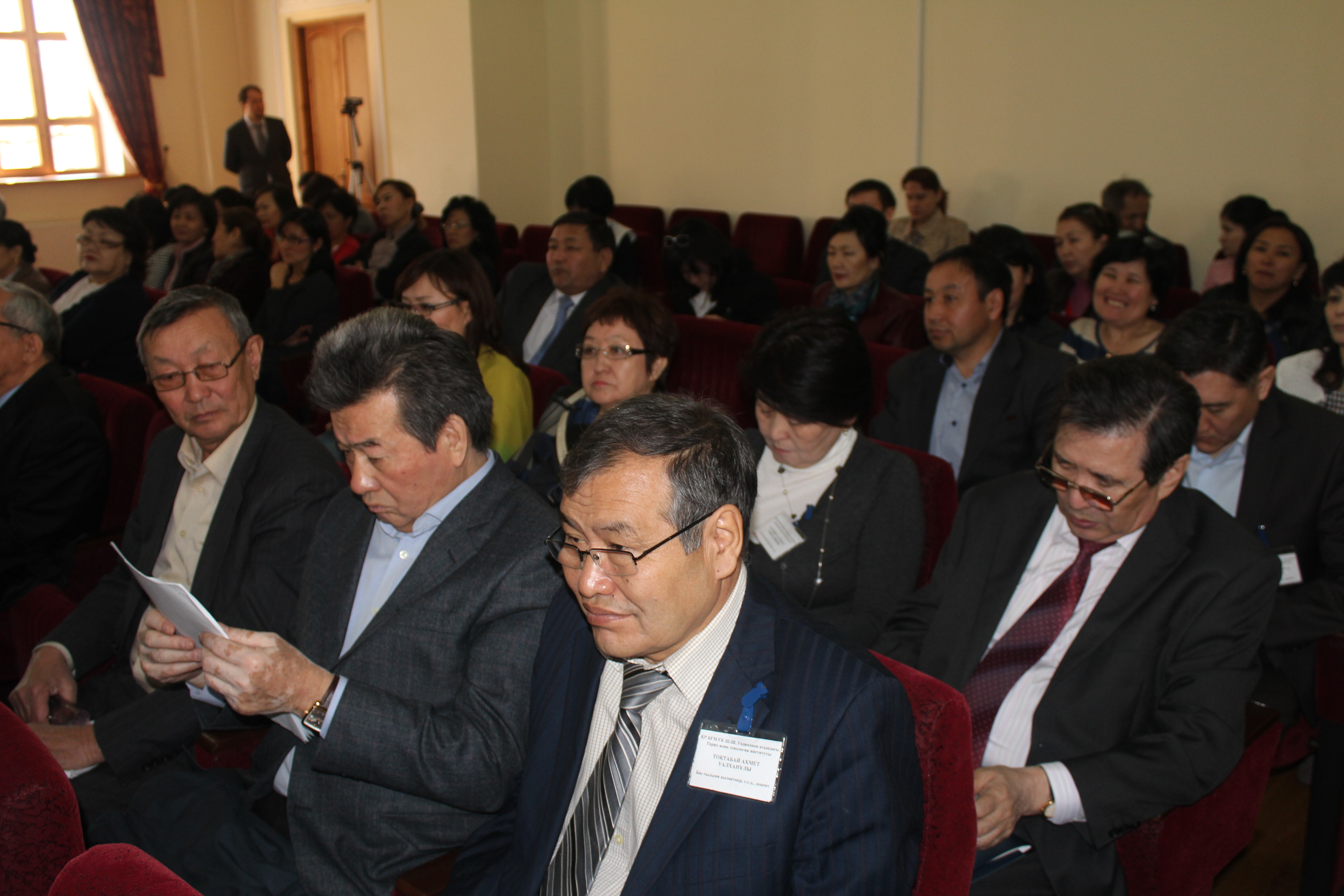 In his report Sydykov Ye. B. gave a historical assessment to the relations between government and Kazakh people in XVIII century, expressed his opinion that the appearance of «Abylay is a constructive nature of our people, symbol of eternity and national idea»

Zhumagulov K.T., Doctor of Historical Sciences, Professor of the Al-Farabi Kazakh National University, in his speech proposed to consider national history in the frameworks of world history on the basis of materials, existing in the West, presented new materials related to the history of Hun-Avars.

Saparliev D.B., Professor of Manas Kyrgyzstan-Turkey University (Kyrgyzstan, Bishkek) gave a presentation on «The nature of Kyrgyz-Kazakh political relations in XVIII–XIX centuries». He analyzed the main problems of historical publications on the history of Kyrgyzstan and Kazakhstan. 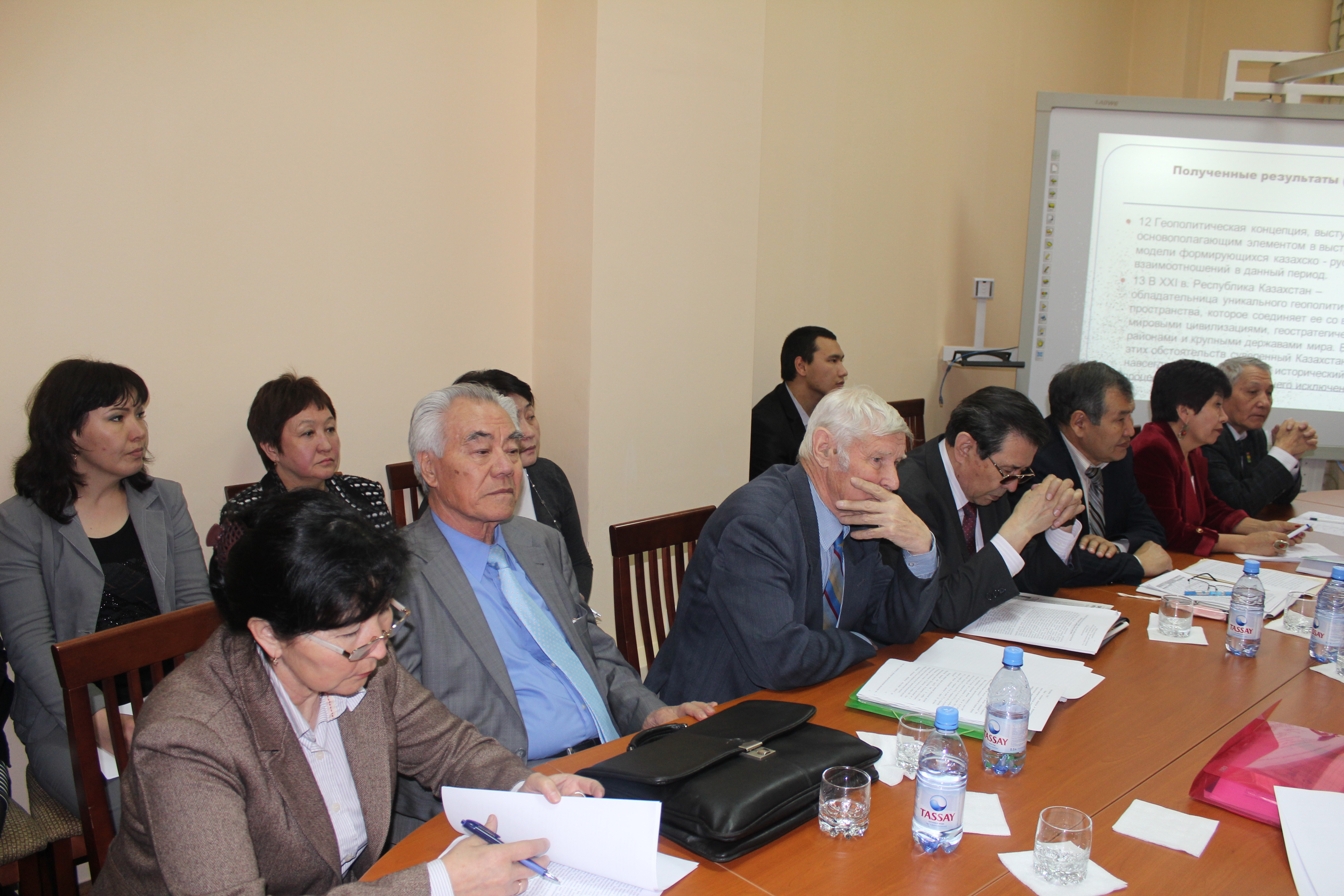 Akhmet Sh., Senior Research Fellow of the Institute of History under the Academy of social sciences, told about the origin and history of Uysun tribe or, more specifically, analyzed the ethnonim Uysun.

Omarbekov T.O., Doctor of Historical Sciences, Professor of the Al-Farabi Kazakh National University, revealed the meaning and content of the idea «Mangilik el», told about the history of this concept, appeared in ancient times.

Sabden O.S., Doctor of Economic Sciences, Professor, talking about contemporary scientific innovations and beginnings in the sphere of science and education, presented his scientific report on concept of strategy of human existence.

Aldazhumanov K.S., Chief Researcher of the Institute, Candidate of Historical Sciences, Associate Professor, presented scientific views on the history of Kazakhstan during the Great Patriotic War during the era of the Soviet Union to the conference participants on the basis of archive data.

Igibayev S.K., Professor of S. Amanzholov East-Kazakhstan State University, dedicated his article to the problem of historical methodology and means of investigation of history.

During the conference scientists exchanged views on such hot topics as «Kazakhstan in the worldwide historical space», «Multi-volume „History of Russia“: ideas and obstacles», «National idea in the flow of history».

June 18, 2014
Use of materials for publication, commercial use, or distribution requires written or oral permission from the Board of Editors or the author. Hyperlink to Qazaqstan tarihy portal is necessary. All rights reserved by the Law RK “On author’s rights and related rights”. To request authorization email to mail@e-history.kz or call to 8 (7172) 57 60 13 (in - 1163)
Қазақша Русский English
MOST READ
Month Year
The referendum on the Constitution is a significant stage of democratization
Philosophy of the Emblem
The rural akims: the country's hope is in the elections
Kazakh historical drama Tomiris premiered in Istanbul
Stolypin about the worries and hopes of immigrants to the Kazakh steppes
ALASH IDEA IS THE PROTECTION OF KAZAKH STATEHOOD
A tireless explorer of the Kazakh land
SWITCHING TO THE LATIN ALPHABET – UNITE ALL KAZAKH PEOPLE
Kunaev Dinmukhamed Akhmedovich
People who eat horses will kill you
Kazakhstan's participation in the Winter Olympics has a long history
Rebooting a field of science and education
Recorded history of Kazakhstan. Part 1
Materials on theme
Presentation of the book “Shakarim. Life of the Kazakh poet” in Cambridge
Superstitions: miscellaneous
New book about Alimkhan Yermekov
Talgat Begeldinov’s lucky number