By some quirk of fate the Germans were in Kazakhstan during the difficult years of the Great Patriotic War. For 75 years, they became brothers of the Kazakh people

The Soviet Germans did not lose their "I", stored in a hard time hopes for the future. A major role in this was played by the complicity of the Kazakhs, who divided them unleavened bread, and brought up their children orphaned, with sincere openness, without enmity accepted to live together with people who got in trouble.

In the Stalinist model of forced assimilation and ethnic and national unification the society had no choice. Only after the death of the leader of the people, N.S. Khrushchev, condemned Stalinism as a crime against the people, stopped the flywheel of punitive machine.

Even Khrushchev did not bring the process of destalinization to the end, including rehabilitation cases about restoration of Soviet Germans. 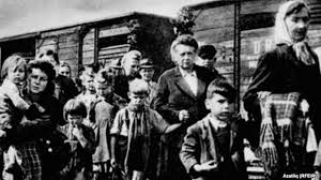 During the development of virgin lands the Germans migrated from Siberia to Kazakhstan, mainly in the virgin lands.

By the end of the 80s of the twentieth century the population of the Germans in Kazakhstan amounted to nearly a million people.

The relationship between the Kazakhs and the Germans refer specifically to the high culture of interethnic relations. In "Friendship of Peoples" magazine published a letter of a German from Kazakhstan, addressed to Robert Weber, Chairman of the Soviet German literature at the Writers' Union. It says: "The Soviet Germans have special love to the Kazakhs. When in 1941 the Germans from the Volga region - hundreds of thousands of people with bundles in their hands - were exiled to the steppes of Kazakhstan, the Kazakhs helped them to survive, sheltered them. I think it is mutual love. The Germans were not in debt: having good knowledge of farming they helped the Kazakhs in the development of virgin lands".

27-31 October 2016, Moscow hosts the XIV Forum of the Germans of Russia "25 years. Create better future together! ", which unite together representatives of state and regional public organizations of the Germans in Russia, organizations of ethnic Germans from the CIS countries and Germany. The Forum was attended by representatives of the Russian government, public figures, scientists, historians, artists and cultural figures.

This event raised the issues of harmonization of interethnic relations in Russia, summed up the self-organization of Russian Germans. The forum became the culminating event of the anniversary year of the International Union of German culture, which this year celebrates its 25th anniversary.

Within the framework of the forum a series of major events was held, among them the podium discussion "German national minorities of Europe and the former Soviet Union - the current state and the interaction potential", interactive platforms "Territory of language technology" and "Memory of the culture - the culture of memory", the events dedicated to 125th anniversary of the birth of the hero of the Soviet Union, geographer, explorer of the Arctic and Pamir Otto Schmidt et al. 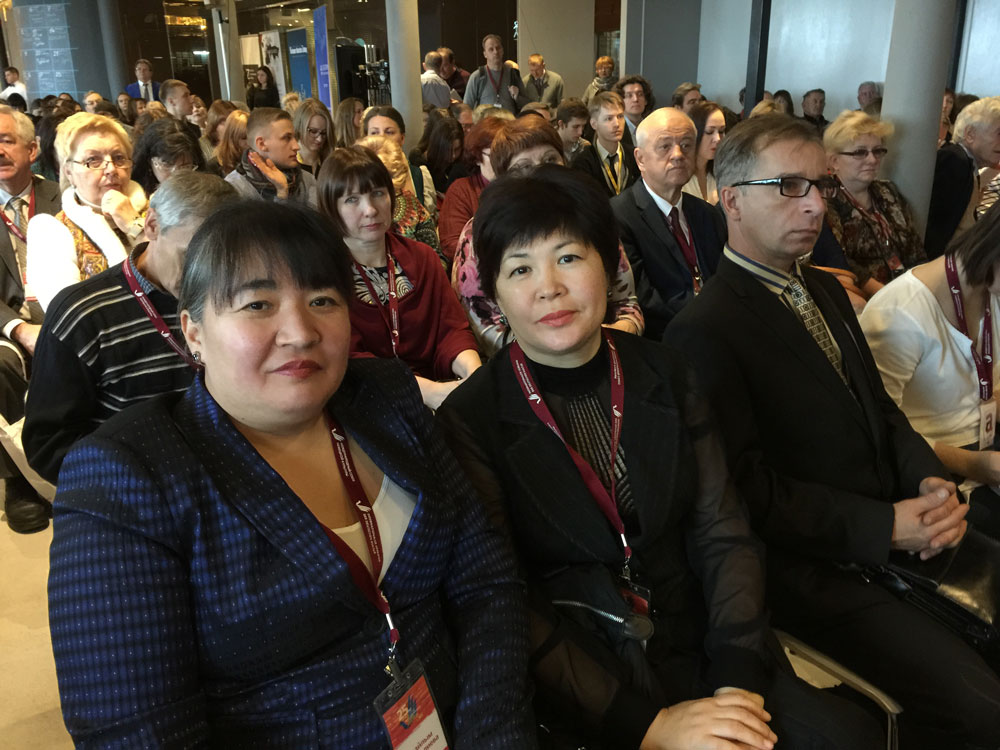 Within the framework of the forum was held  XVI International scientific conference  "Russian Germans in the socio-political life  of the country (XVIII-XXI centuries)". The  international conference was attended by  the staff of the Eurasian National University  named after L.N. Gumilev. The great interest  of the organizing committee and the  scientists caused a report of doctor of  historical sciences, professor A.S.  Musagaliyeva "The contribution of the  Russian-Germans in the destalinization of  Kazakhstan's society". Scientific work won  the international competition and the  organizing committee invited professor Musagaliyeva to Moscow. Associate professor of Russian Philology, Ph.D. Rosa Musabekova made a presentation "Froynshaft" in the public life of Kazakhstan Germans (1970-1980).

A.Musagaliyeva and R.Musabekova since 2015 are members of the International Association of Russian Germans researchers.