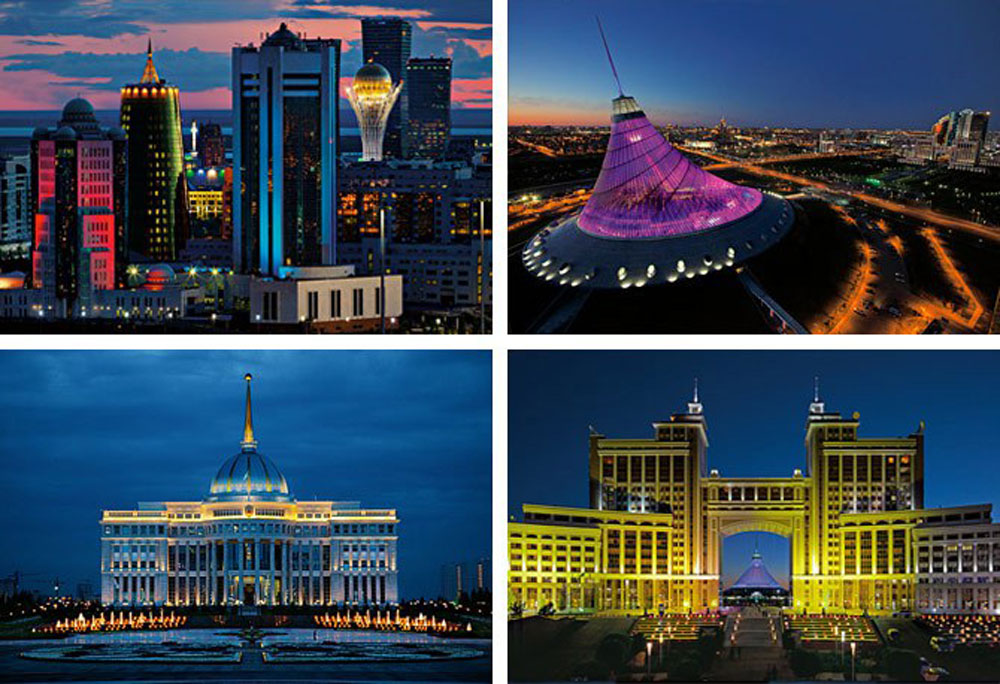 20 October, 19 years ago the Decree of the President of the Republic of Kazakhstan concerning declaring the city of Akmola the capital of Kazakhstan" was issued

A lot enough was written in Kazakhstan media about such substantial for the entire country occasion. The reasons that cover economic, ecological, infrastructure issues were discussed in detail. Majority of government officials as well as the population of the republic were for the President’s decision, and more than that, they actively supported the idea and called it the wisest one.

While some western media such as The Guardian e-edition noted that “when the capital was moved here from Almaty in 1997, there was little enthusiasm among government officials who were forced to relocate”. Indeed, the overpopulation, extreme pollution, dramatic seismic condition, far distance from the center of the state became crucial causes for taking such a decision. All in all, about 32 parameters were taken into consideration. In addition, such a step from Nursultan Abishevich's side was not the brand-new experience in the world as before the capitals were already transferred worldwide. Among those examples are St.Petersbourg in Russia built on the swamp, Madrid in Spain founded on the village spot and alike.

In the given work the greatest British and American media such as The Guardian and CNN with the BBC as the add-on were taken.

The most interesting is that British editions are tuned  to the movement of the capital to Astana and all the construction and organizational works being made because of it  rather more critically and ironically than American ones. The latter are more friendly towards the President’s gesture which reflects the US foreign policy towards Kazakhstan, to a certain extent. The difference is surely rough and given on approximate basis.

However, both sides are amazed by the speed of the new capital transformation and represent generally positive take on the President Nursultan Nazarbayev’s policy. As The Guardian says, “Nazarbayev is playing wise, carefully manoeuvring between Russia, China and the US, and is duly credited for encouraging intra-ethnic – and indeed, intra-religious – harmony”. 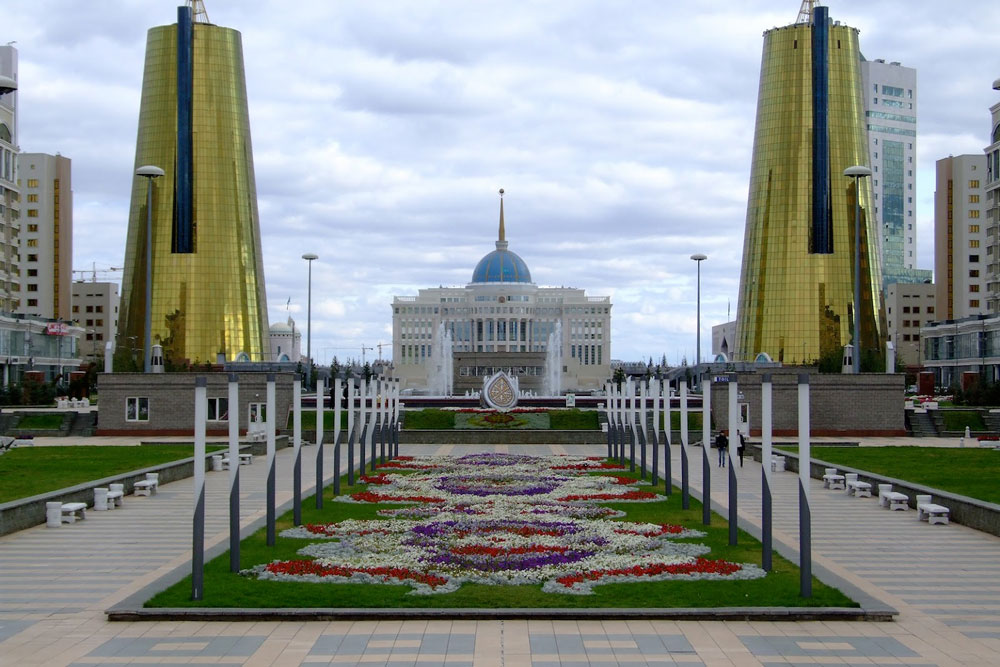 Also, both sides, broadly speaking, were unanimous in the giving the title to their articles naming Astana one of the strangest (The Guardian)/ weirdest (CNN) capital cities in the world. Articles date back to early 2000 and forth. And several changes since then can be seen.

So, the BBC journalists were sincerely surprised how pompous and brand-fashionable capital rose yearning to meet international standards of living, “there were massive, California-style shopping malls, 24-hour supermarkets and numerous cafés and restaurants but, so far, no McDonald’s or Starbucks. And it is remarkable to make a point here that exactly this 2016 year both mega food companies opened in the city of Astana. Thus, one can undoubtedly observe step-by-step approximation to western way of life which reveals sound ambitions of Leader of the Nation Nursultan Nazarbayev.

Then the BBC adds, “Astana developed a personality. Not only has the skyline altered beyond recognition, but the place is alive. There is a buzz about it, an energy reflecting its youthful population. Astana has become human”.

And CNN introduced the audience with the words of foreigners, some of whom were directly involved in the process of new capital building.

For instance, Manfredi Nicoletti, whose firm designed the Central Concert Hall, remarked that Nazarbayev was very hands-on in the structure's implementation. Also said that the President used to joke that the building was right in front of his residence (the Presidential Palace), and that the project's construction site -- and us, of course -- were always under his control. 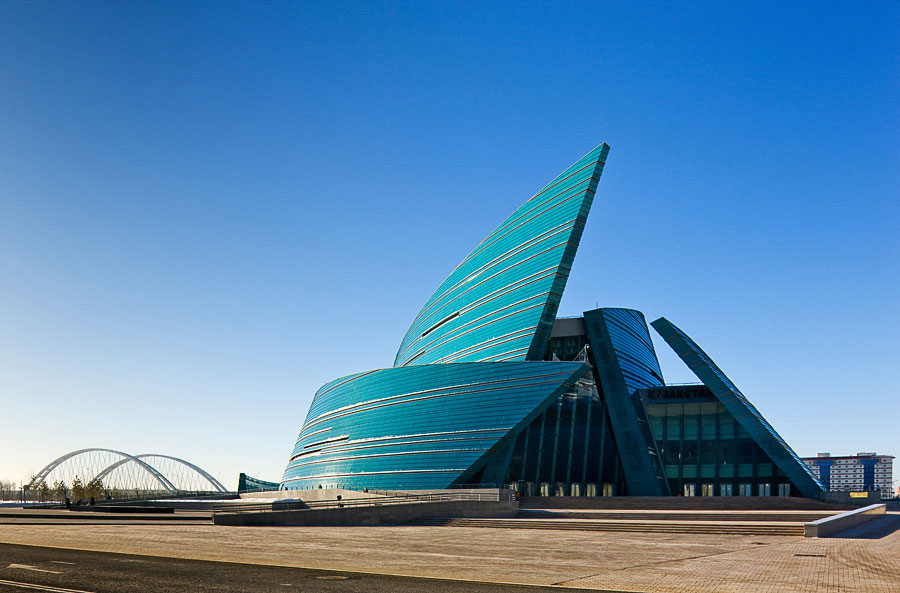 Furthermore, one of Nazarbayev's strongest supporters appeared to be Jonathan Aitken, ex-British politician, who became the author of the published biography of the president based on 23 hours of personal interview, and a retrospective of the country. "While I'm sure (Nazarbayev) does have a large ego, it's more of an 'I love the country'-centred ego, not an I-centred ego," said Aitken. Also Jonathan A.equates Nazarbeyev with the type of patrons that dominated 18th century Europe, in particular, Louis XIV,"Just as Versailles and parts of Paris were all created by one man's vision, so too was Astana". 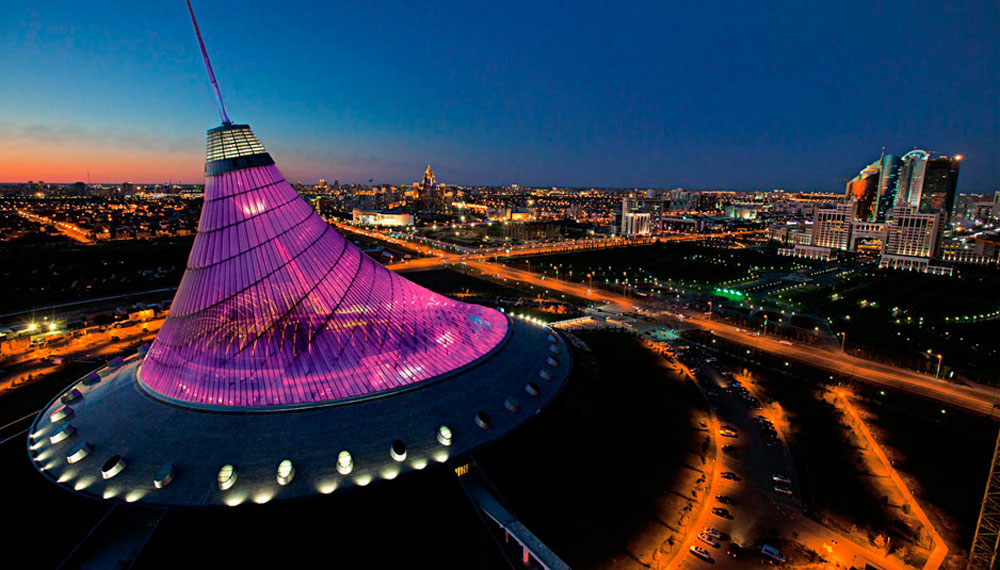 A bunch of architects from across the world more or less influenced formation of the new capital, but the one man who has had the biggest impact in the city's transformation was the President Nazarbayev himself.

The city's futuristic design truly depicts ambition of the Republic of Kazakhstan and strong wish to distance itself from the Soviet legacy that distorted many of the neighboring Central Asian nations.

Materials on theme
MUSKETRY OF THE CHINESE EMPEROR
Fidel Castro, who considered Momyshuly his idol, died
The rare edition of the book “Abay’s way” in Hungarian was found
Golden Horde and World History