A manifesto in support of the Latin alphabet was published 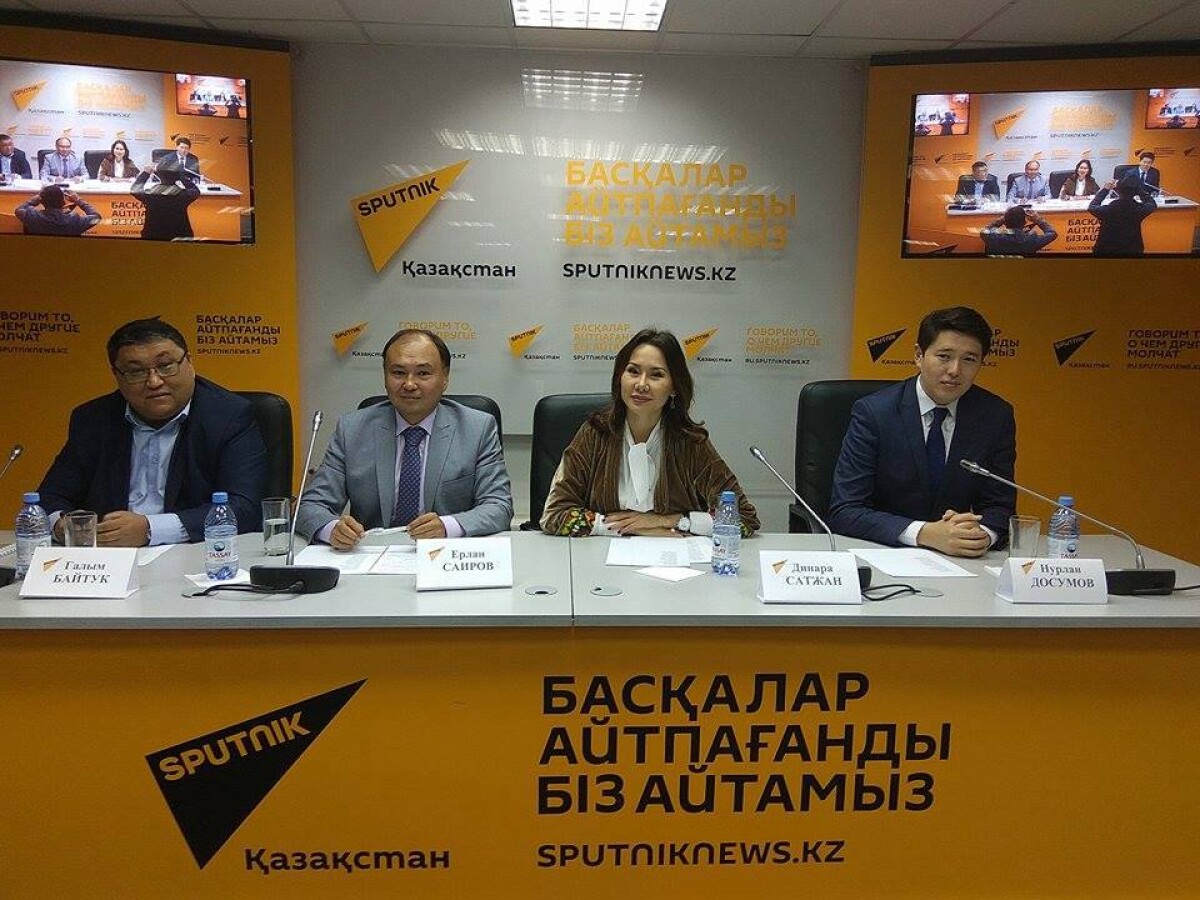 September 20, in the press center Sputnik, a conference on the transition of Kazakh into Latin was held

Public figures Galym Baytuk, Yerlan Sairov, Dinara Satzhan, and Nurlan Dossumov addressed the journalists. At a conference on the transition of the state language, the manifesto "The Latin alphabet, as a reset of the national code" was promulgated.

Speakers tried to cover the problem from all sides, told about the advantages that the country will achieve by switching to the Latin alphabet, and answered complex questions that are of concern to the Kazakh public.

Dinara Satzhan, TV host and journalist of the channel "Khabar":

- It seems to me that the manifesto was supported by indifferent, advanced people. You can write a lot of comments, swear, be against or be for. But, especially important is the opinion of people who do something for their country every day, they do not just write on Facebook or somewhere else. And the manifesto was just supported by those people who are not indifferent to the future of our country.

- Approbation will continue for two or three years and during these two or three years we will get the best result. The world is inexorably developing. World culture is unified, and we must be in this trend. If we are not in this trend, then we will lose the ability to develop. But here there is another question - the preservation of our origins and traditions. The main concept of the transition to the Latin alphabet is to preserve our uniqueness, and all of our specific letters and sounds will be preserved. Moreover, in the Latin alphabet these letters are transmitted very easily. Everyone thinks that these specific sounds are only among the Kazakhs. No, the French, the Spaniards, the English have their own specific letters, which are similar to the letters of our Kazakh alphabet. If we now turn to the Latin alphabet, we will find the best option - we will thereby receive a way to preserve our origins and our positions. 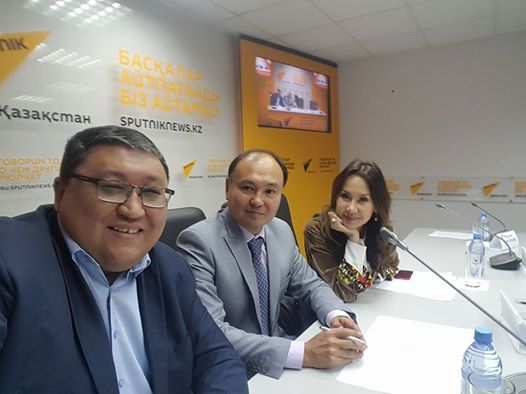 - You know, in the 1920s, when we switched from Arabic - the Latin alphabet was introduced in a year, in the 1940s, when we switched from the Latin alphabet to Cyrillic alphabet, we implemented it in six months. We live in an information age, in an age of progress, and I do not see the point to put it away for later or until 2025. Now everything happens much faster. Use the Play Market, download applications - let people learn, let them look. Both the mass media and the "Kazakhstanskaya Pravda" publish columns in Latin alphabet. People will get used to it, and we, our scientists, need to really discuss this more quickly. I think that three months, six months - a maximum is required; that is, we have now crossed the Rubicon, we must cut the Gordian knot and say that we support the Latin alphabet. To prevent us from swearing tomorrow, that the ideologies of other countries, hegemony prevent us from developing, I think we need to take it quickly. I believe that it is possible to carry out this process even by force autocratic way, but it is impossible to put it away for later. 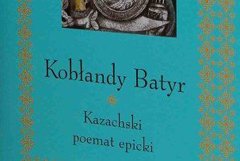 - The transition to the Latin alphabet has no relation to politics; it makes no sense to politicize this issue. This is a social and humanitarian aspect. Kazakhs are culturally and mentally related to the Russian language. Today all the Turkic peoples are in fact in Latin, we need to be not politically, but in a humanitarian way with our brothers. The Latin alphabet, "Spiritual renewal" - is an instrument of preserving our national codes, our culture in the age of globalization; no one can abolish globalization. But at the same time, we must create some sort of safety device to preserve our origins, which will become the Latin alphabet.

- As for sounds, the same Chinese language: when studying it, when I see hieroglyphics, I do not understand anything, but there is a pinyin, there is a transcription. The same - Q -, in schools they will simply explain to the children that - Q - in English it is [Q], and in Kazakh it is [Қ]. That is, this question can be solved using the transcription.

As for the implementation methods, I think that by the end of the year some kind of compromise will be found. We live in a democratic society: both the government and the state take into account the opinion of society, and given the majority's opinion, I think we will come to some compromise. Approbation will take two to three years. And the transition to the Latin alphabet will be a little later, so there will be absolutely no excesses, no gaps in education or intellectual potential of our children, on the contrary. In order to develop you need to be able to leave the zone of your own comfort. If you do not leave the zone of your own comfort - you degrade. Now we, all Kazakhstanis, have the opportunity to leave the zone of our own comfort and move to another state, into an entirely different space - this is the most important thing. 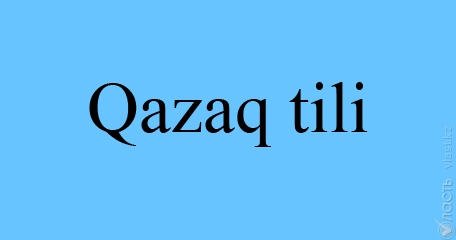 - Mr. Baytuk, what do you think? You always speak very harshly about many things, about excesses. What can be excesses - are you currently calculating risks?

- I see one risk, unfortunately, in the non-standard thinking of our last ministers of education. The problems with which we struggle, of course, are - textbooks and so on. That is, our officials can torpedo the going ship from within, so we join, my friends, we are all together.

Dinara Satzhan also shared her personal experience and explained why she considers the transition to the Latin alphabet a successful decision:

- It seems to me that we will only benefit from this. My son is 12 years old, he does not even write in Cyrillic - he writes all the messages in the Latin alphabet. Both in Russian and in Kazakh he writes in Latin. They are children of the XXI century, they think differently. For example, we, the TV channel "Kazakhstan", were the first to switch to the Latin alphabet. And our name is now "Qazaqstan" together with the letter - Q -, although the alphabet is not yet approved.

I like that I will learn my language in a new way. Tomorrow, no one will accuse me of writing incorrectly, or something else. For those who only started to study language, Latin, on the contrary, is an incentive.

the Manifesto "The Latin alphabet, as a reset of the national code"

We live in a dynamic and rapidly changing world: a world that poses new challenges for us every day and requires their immediate resolution.

The speed of change in the world is extremely high.

We are in the world of high technology and information, so moving means not just a speed, but advance.

We call upon representatives of all public interests to expand their interests and concerns, including such interrelated problems as the preservation of the national code and the development of self-awareness.

The current trend towards increasing use of innovation and know-how, non-traditional energy constitutes a key link in social development and social modernization.

Our children should not only be able to live in this changing world, but they also must be at the forefront, at the center of these events and phenomena.

Therefore, we believe that the introduction of the Latin alphabet is an important, necessary and actual attribute of modernity.

Today, the country needs an ideological font, a leap of consciousness, a "change of layout" in the value keyboard.

We are talking, first of all, about culture, art, literature, cinema, music, real creativity.

Here is the main drama, the dialectic of the introduction of the Latin alphabet!

In order to survive, we must realize that globalization is an irreversible process; however, with undoubted advantages there are disadvantages, such as the devaluation of national values ​​and the corrosion of culture.

We should not become a spiritual and cultural "ghetto" for the world cultural space!

Nevertheless, we believe that this process should be coordinated with all the people, scientifically thought out and systemic in implementation.

Latin is one of the foundations for the development of the brand of our traditional culture. It is a "Social elevator" to enter the world scientific, technical, financial and economic turnover.