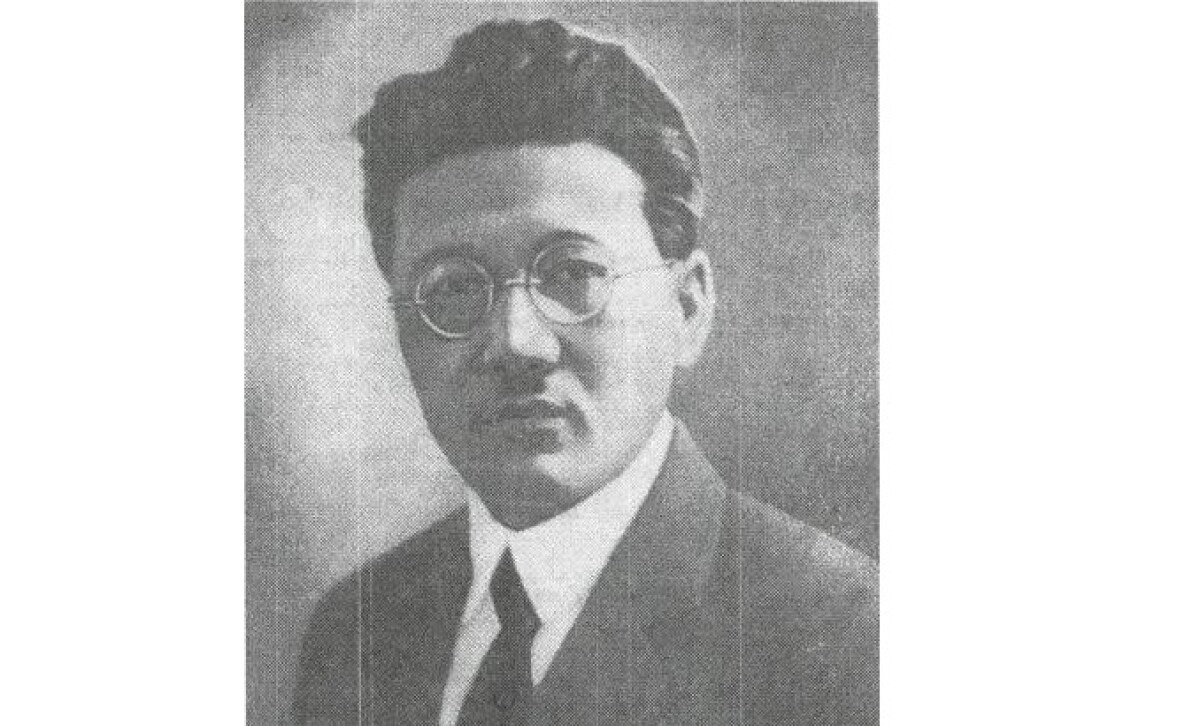 The sinister 1937 year goes farther back into history, taking with it the images of people who left in oblivion 80 years ago. NDH portal opens the unknown pages of the life of the Ryskulovs

A famous historian-archivist Marat Khassanayev (1946-2002) in his article: "The first meeting. The last meeting" told about the meeting with the wife of Turar Ryskulov - Aziza Tubekovna in 1989. That's how he describes it.

On the spring May Day of 1989, fate gave me a rare opportunity to meet with the wife of the legendary Turar, Aziza-apa Tubekovna. I looked anxiously at the wrinkled face of a woman who had seen a lot, with amazingly lively eyes, eyes that had not lost their luster. I wanted to see the captivating features of that young beauty that forever conquered Turar Ryskulov's heart. Their happiness was short-lived, but it was so great that half a century later, in spite of the suffering, Aziza-apa brightens even externally at the mention of the name of her beloved. I thought that in his last hour Turar Ryskulov called for his dear images of people, saw his father and mother, children, sad glance of the young wife - they invisibly warmed his great soul before a grievous trial in this world. 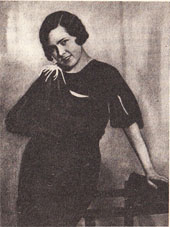 This is the image of the communist Turar Ryskulov, whose true dimensions of personality, as well as his contribution to the practical implementation of the Marxian concept of social justice, have not yet been adequately investigated.

The first question I asked Aziza-apa was how Turar Ryskulov was captured. I did not dare to ask the question that worried me about where and how they first met. I hoped for a follow-up meeting, I did not expect that it was our first and last meeting. Exactly a month later Aziza-apa died.

Here is her story about the circumstances of the arrest of the Deputy Chairman of the Council of People's Commissars of the RSFSR, Turar Ryskulov:

"On May 3, 1937, Turar went on vacation. We were with him on vacation in Kislovodsk. Nothing foretold troubles. It was a beautiful weather - it was spring, and we were young and happy. On May 20, Turar completed his long-standing work on the history of Kazakhstan and Central Asia with a volume of forty printed sheets. He was already preparing to send his work either to Moscow, or to Alma-Ata.

On May 21, 1937, at seven o'clock in the morning, three young men from the organs appeared. "Are you Turar Ryskulov?" the oldest of them asked drily. Turar replied in the affirmative. "We must take you to Moscow, get dressed. Remove the trouser belt and your tie" - habitually rapped out a member of the NKVD. "So you came to arrest me," Turar said excitedly, "but I will prove in Moscow that I am not guilty of anything!"

They searched in our room, where we rested. They found Turar's work on the history of Kazakhstan and Central Asia, demanded to sign each sheet. Turar long signed his thick manuscript; occasionally throwing at me short farewell glances through his round glasses. However, he was very calm. It was felt that Turar wanted to tell me something, but was burdened by the presence of strangers. I watched with a sinking heart the diminished pile of sheets signed by him, internally feeling that each sheet he postponed brings separation from Turar, and perhaps forever. Somehow unexpectedly, Turar got up, looked guiltily at me, turned, and, accompanied by three people from the organs, strode towards the exit. I rushed after him. He walked in the middle of a group of guards, unusually untidy - without a tie and jacket.

As they walked along the central avenue, I noticed a half-open window of the next building, from which Philip Issayevich Goloshchekin, who was also resting in Kislovodsk, looked stealthily. A day later I went to Moscow. On the third day I reached and found our apartment sealed. There were several rooms in our Moscow apartment. After that I went to K.E. Voroshilov, S.M. Budenny, M.I. Kalinin, and G.G. Dimitrov, with the same question: "Why did they arrest Turar?"

All of them sympathetically shook their heads, called Turar a communist loyal to the party, but allowed the possibility of circumstances they did not know, which was the reason for his arrest.

At the same time, I learned about the arrest of Eskendir, the 16-year-old son of Turar (from his first wife). How the trial of Turar was held and whether it was at all - I do not know. Since then, I've never seen my husband again."

With these words, Aziza-apa left her self-control. 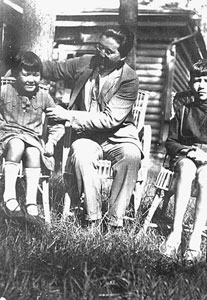 The stiff folds of her stubborn mouth quivered and again, for a moment, a fragile woman, shocked by separation from her beloved, appeared. I stood up, deeply moved by the grandeur of the memory of the heart of this amazing woman.

Our further conversation took place in some haste, but I tried not to miss anything from what she said.

According to her, further events were as follows:

A few days after the arrest of Turar Ryskulov on that ill-fated day on May 21, 1937, his son Eskendir from the first marriage was arrested. He was then 16-17 years old. He played in the yard of the house with his friend - the son of the manager of the affairs of the Council of People's Commissars of the RSFSR Gerasimov, when the Chekists came. The fate of the young Eskendir is sad. At the trial on the case of Eskendir Ryskulov, Aziza Tubekovna Ryskulova, the wife of T. Ryskulov, was present. In his speech at the court, Eskendir stated that neither he nor his father Turar Ryskulov, are enemies of the people. To his accusers he said: "What kind of enemy am I? My father is a member of the Party of Lenin from 1917; he is an honest, devoted communist!" In prison, Eskendir fell ill and soon died.

On the days of May Day celebrations in 1938, the turn of Aziza Tubekovna Ryskulova herself came. She was arrested as a member of the family of a traitor to the Motherland.

The children of the Ryskulov family were sent to the orphanage. Their one-year-old daughter, Rida (born in Moscow in 1937), since May 1938, was with her mother in all the prisons in the Lubyanka, in Butyrskaya prison, where once Emelyan Pugachev and I.V. Stalin were captured, in the prisons of Penza, Omsk, Petropavlovsk, Akmolinsk. In 1942-1944, Rida was in the Osakar orphanage without a mother. In 1944, Rida was visited and taken care of by the sister of Aziza Ryskulova - Nadia, who was studying at that time in Moscow. In the same year, Rida was transferred to the Tambov children's home. Nevertheless, in 1944-1947, Aziza Tubekovna managed to get her daughter again and until 1948 she was with her in the Karlag prison.

T. Ryskulov's daughters Sophia and Maya were in a difficult situation, subjected to persecution, lived in an atmosphere of constant fear and suspicion. His daughter Saule from May 5, 1938 to May 26, 1939 was in the village of Dubka Savrinsky district of the Odessa region in the so-called Dubka house (town).

In 1939-1940 she lived with her distant relative Aunt Saida and Uncle Rashid. In 1941-1945 she was in the Chelyabinsk region in the Chesma orphanage. In 1945-1946, Saule already lived in Moscow with her mother’s sister Nadia. In 1946-1947, Saule and her aunt Nadia, returned to Alma-Ata. In 1948, after many years of toil and separation, she met with her own mother and sister Rida. When they were released from prison, however, they were in a free settlement without the right to live in cities and towns. They lived in the suburbs of Alma-Ata, hiring private apartments on the collective farm "Paris Commune" and later on the collective farm "Taranchi". They did not have a home. After returning from the camps, Aziza Tubekovna Ryskulova with children did not have a permanent job. Their whole life was spent looking for shelter and temporary work. The mother with her daughters Saule and Rida until 1953 knocked about private apartments, not having a permanent home.

In 1951, Saule graduated with high marks from a high school under the sinister number 37. After the end of the decade she could not enter Alma-Ata either at KazGU, KazPI, or agricultural or medical institutions. "Daughter of the Enemy of the People" was not accepted anywhere for study. In these difficult days, when she no longer had anyone to believe, a helping hand was given by the responsible worker of the regional party committee Faina Vulfovna Stengolts and the head of the department of Marxism-Leninism Naumets. They affected the objective evaluation of the commission when they accepted her for study. Later, as an excellent student and activist, the staff of the medical institute elected Saule Ryskulova a delegate to the Lenin Young Communist League of Kazakhstan. However, her surname was deleted from the list in higher authorities. It is in this difficult for the family Ryskulov time close relatives, instead of helping, on the contrary, turned away from them. And this, too, was the product of the Stalinist regime. 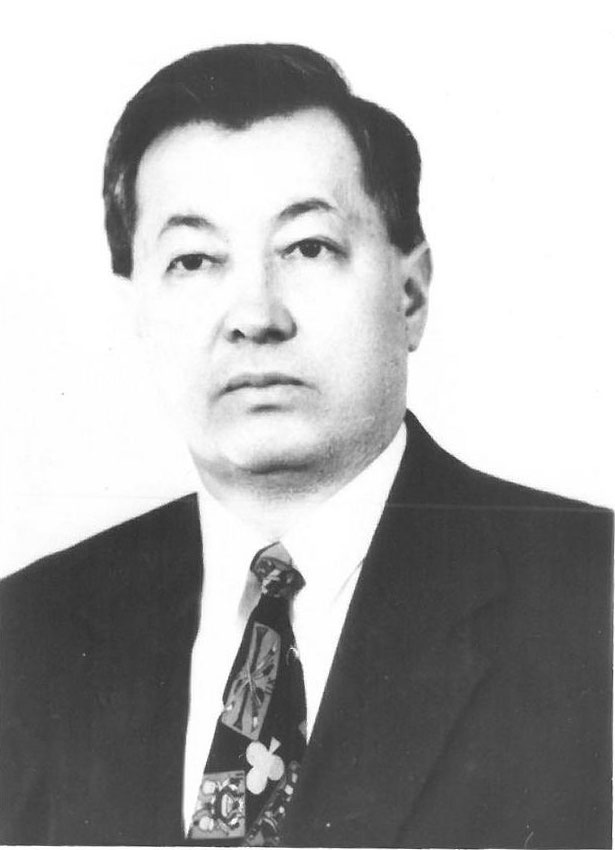 The years 1956-1958 passed. Despite the rehabilitation, the general situation of the Ryskulov family has not improved. In Uzbekistan, Turkmenistan, Tajikistan, Kyrgyzstan, Kazakhstan, Moscow were published a lot of films, articles, books, in which the incorrect evaluation of the role and personality of the largest figure of the party and state Turar Ryskulov continued. At that time, there was only one major article by a well-known party worker, member of the party since 1931, Baizharassov Rakhmaly, published in the newspaper “Socialist Kazakhstan” in I960, which gives an analysis of the activities of Turar Ryskulov. However, in the opinion of the then secretary of the Central Committee of the Communist Party of Kazakhstan on ideology, the article did not mention the mistakes of Turar Ryskulov and it was in this connection that the editor of the newspaper “Socialist Kazakhstan” Kassym Sharipov was removed from his post.

1960 for the family of Turar Ryskulov became the year of black gloom because of bureaucrats from ideology, party careerists and figures of the period of stagnation.

Only decades after the appeal of a group of veterans of the party with a letter directly to Moscow at the CPSU Central Committee, the deputies of the head of the ideological department, Yakovlev, Slastinin and Lyakhov for a month were engaged in clarifying the truth and expressed an objective assessment of the activities of Turar Ryskulov. They fully supported the opinion of Turar Ryskulov as a major figure in the Communist Party and the Soviet government, the communist of the Lenin wave, the most prominent revolutionary, the organizer of the establishment of Soviet power in Central Asia and Kazakhstan, the great scientist, historian, economist, publicist, public figure of allied and international importance, who is the pride of not only the Kazakh, but all the peoples of the East. Life confirms the objective conclusions of the last party commission of Yakovlev.

And yet, Turar Ryskulov's life and activities can not be considered fully investigated. A complete collection of his works, his lifetime books and more than 100 articles have not been published.

The materials from the book by Marat Khassanayev: "Paryz. Duty"