Agriculture of Kazakhstan in the post-war period 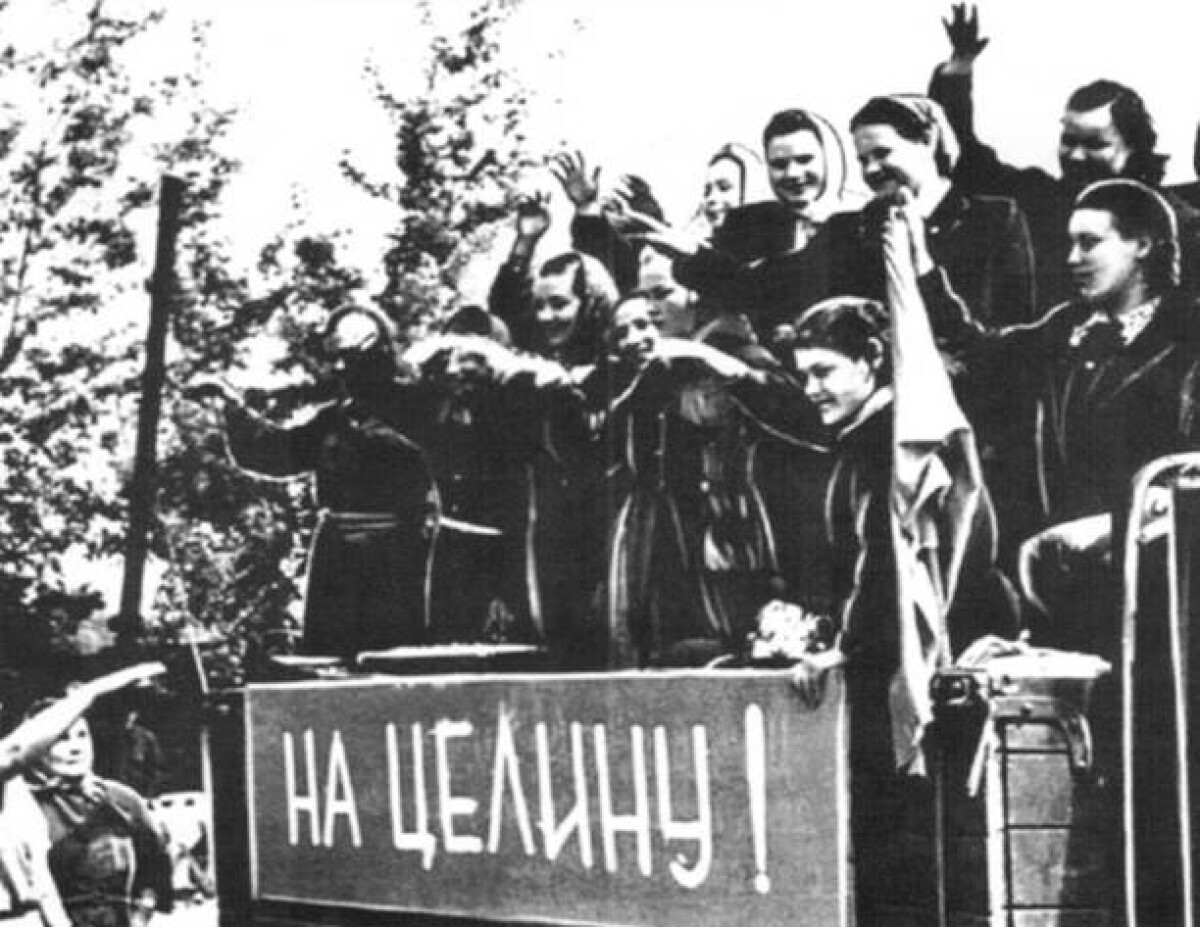 In the first post-war years in 1946 for agriculture were collapsed natural cataclуsms. One of the strongest droughts embraced the large territory of Kazakhstan

The first post-war year was difficult for the agriculture of Kazakhstan and the USSR as a whole. The drought of 1946 heavily   agriculture of suffered from war districts. Because of that the role of eastern republics grew even more, including Kazakhstan, in the provision of the country with bread and meat. The culture of crop farming in the republic was very low. Due to the lack of the technique up to the 60s as the power was used cattle. Notwithstanding the fact that the working force was not sufficient, the major part of agricultural machines failed to function in the years of war, and the increase of new machines was not enough, the workers of agriculture successfully executed their obligations before the state. 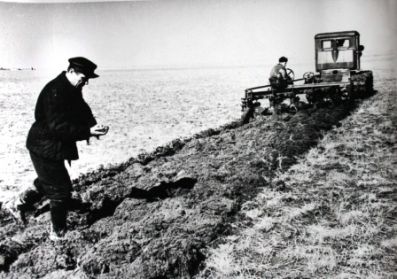 Along with that the first year after military fiveßyear plan showed that in the organization of kolkhoz and sovkhoz production of the republic there were not few shortages and twists, extremely low was the culture of farming, unsatisfactorily developed the animal farming. In the republic as in the whole country was carried out the checking of the Decree of agricultural artel, correctness of the distribution of incomes and payment of the labor of kolkhoz workers.

2) By early 1949 to the kolkhozes of Kazakhstan was returned the debt of various organizations for the sum of 214 mln roubles, about 540 th ha illegally separated from them lands;

3) For 16% widened the squares of the irrigated lands;

4) For sharp improvement of material-technical equipment of agriculture the state introduced additional assignments;

5) For the over-fulfilment of planned tasks on the crop yield, productivity of the cattle was introduced additional payment;

6) The system of preparation and re-preparation of cadres for agriculture was adjusted; 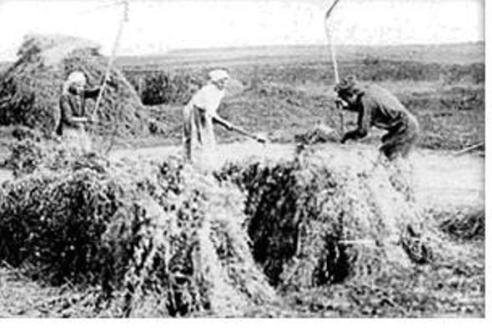 Becoming strong by late fourth five years, MTS of the republic served 95% of kolkhozes against 76% in 1946. For purposes of the increase of production, in agriculture was conducted fortification of kolkhozes by means of merger of tiny and low-powered. That brought the shrinkage of the number of kolkhozes from 1945 to 1952 more than three times, their number became 2047. The number of cattle rose, up to 16% widened the cultivated areas of irrigate lands.

The building pf Kzyl-Orda dam at Syrdarya, new irrigation channels in hungry steppe were conducted. Started the construction of Ters-Ashibulak reservoir, reconstruction of a number of irrigation systems and usage of modern technique. Agriculture of Kazakhstan could not provide the country with necessary number of production, and industry – by agricultural raw material.

The deficit of production appeared. In 1946-1950 years from each hectar on average collected 5-6 centners of grain. In 1951 the number of the cattle in the republic was below the level of 1928. The administration of the country started to solve the problem by extensive way to reclaim the huge areas of new lands. In late 1953 the issues of clearing were discussed, named the regions: Ural, Siberia, Kazakhstan. The solution on the clearing was adopted in the spring of 1954. It was planned to reclaim 13 mln ha of lands, to get 1100-1200 mln of grain, including goods – 800-900 mln.

The clearing started without any preliminary preparation, at full lack of infrastructure. For the call of the party and Komsomol to join the number of tselinniks from all the USSR to Kazakhstan started to inflow people. Among the pioneers-teslinniks were not only romantics-Komsomols, but also former condemned men, food and trade.

All that led to regular mass disorders, strikes and to the deflux from the tselina of qualified specialists, and there was no one to substitute them. Also the problem was that were not enough specialists who could manage the agricultural technique. The collected harvest was often lost, as there was no sufficient number of grain storage barn, elevators, was no working out of grain.

That is why it stayed charged for hours. On various evaluation at that tie died from half to three fourth of harvest. In the first two years to Kazakhstan came 640 th people, from whom the mechanics were only 150 th. Tselinniks were brought to the location of designation for free, assisted the material help of 500-1000 roubles for a family. The loans were granted for the building of the dwelling and purchase of cattle.Tselinniks were freed from agricultural tax for the period from 2 to 5 years. 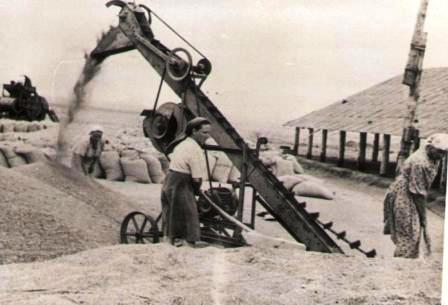 Partially by late fourth five-year period were overcome hard consequences of war and in agriculture. Its gross product in 1950 was 97% from pre-war level, were restored the most important branches of crop farming. Meat, milk, fur, and eggs were produced more than before war. In hard condition stayed the animal farming of the republic.

In 1951 numbered only 4,5 mln heads of the cattle, 1,5 mln of horses, 127 th camels. And only on sheep in view of huge biological reproduction   to   near the level of 1928. This year they were 18 mln 36 th. In agriculture the labor force as usual stayed in the manual-drawing form. In that period was applied the labor in itself the feudal system.

Up to 1952 stayed the payment of labor of kolkhoz people through the system of the working out of minimum difficulties. The salary of kolkhoznik was about 16 roubles (in terms of that time) which collective farmer practically did not get.