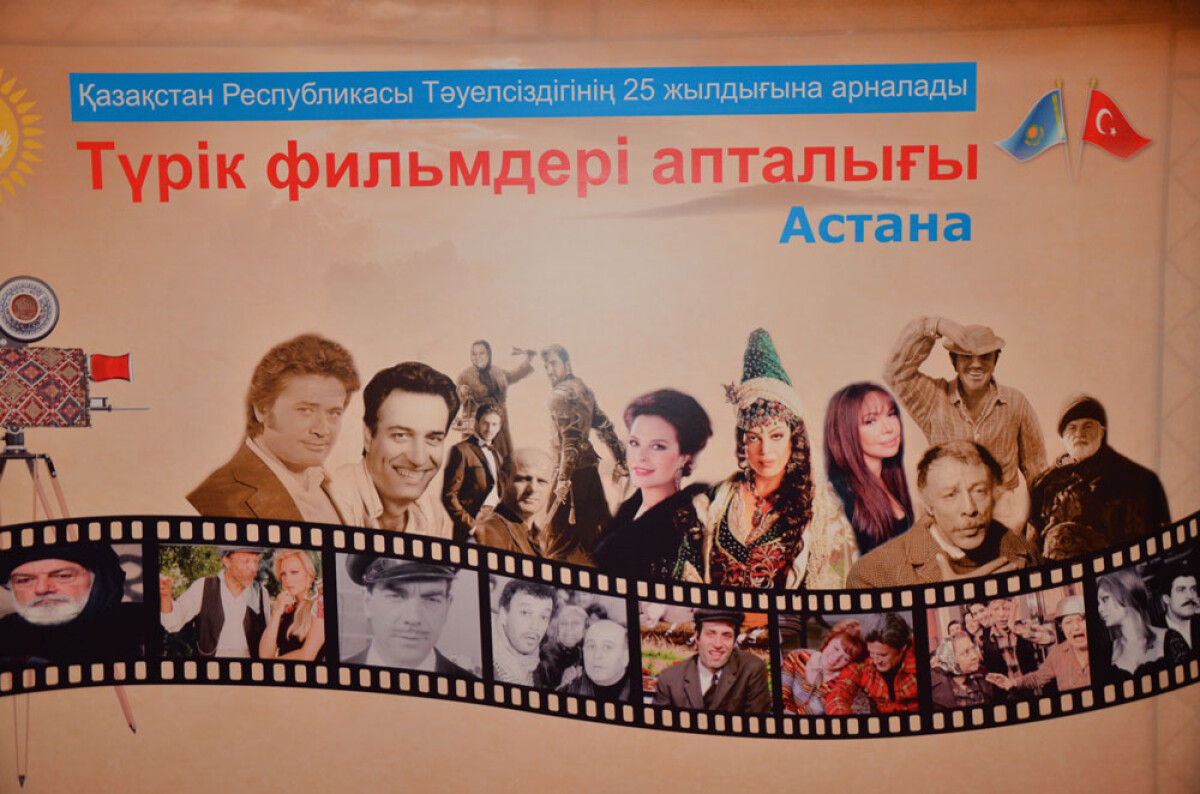 Such occasion is conducted in Kazakhstan for the second time, the amateurs of the Turkish cinematograph had again the possibility to meet in Astana with favorite actors. A week of Turkish movie is dedicated to the 25th anniversary of Independence of Kazakhstan and organized by the Chief Administration of the movie of the Ministry of Culture and Tourism of the Republic of Turkey and Turkish Cooperation and Coordination Agency with the support of Yunus Emre Institute. 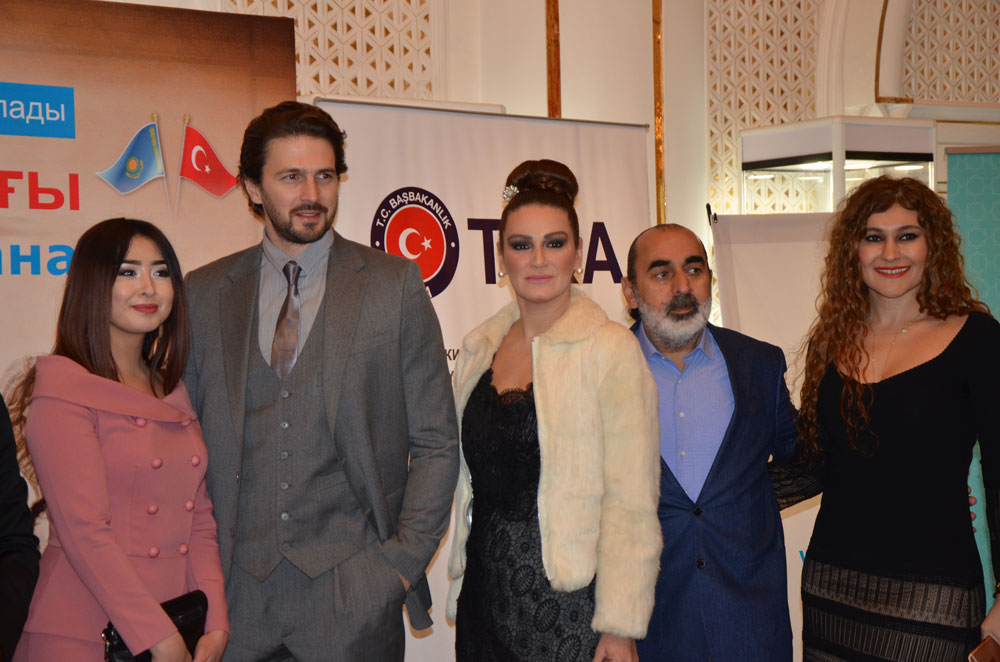 The event is directed to the fortification of the ties between fraternal people with the help of the sphere in movie, creation of the bridge of relations between Kazakhstan and Turkey by means of movie, presents the possibility of panoramic view of the Turkish movie which became the holders of the prize of acting mastery and recognized by vast circle of spectators, art works of the festival winners. 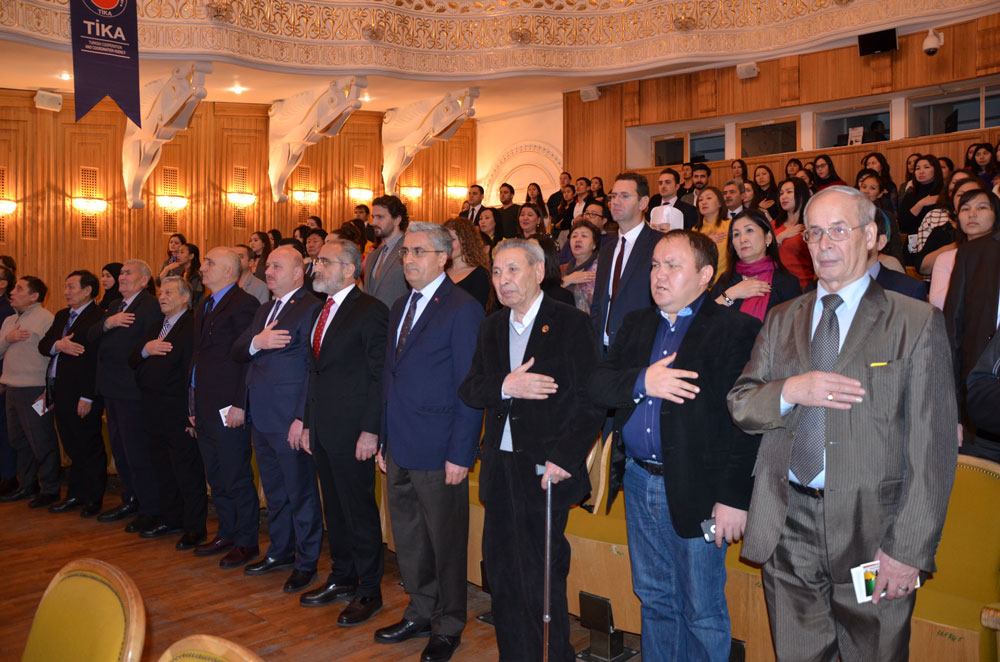 In the festive ceremony took part Yalchyn Topchy, Councilor of the President of Turkey and Honorary President of the Association “Local opinion”, Metin Gundogdu, Deputy Chairman of the Party of Fairness and Development, Faysal Soysal, Film director “Ush zhol” (“Three ways”). Oner Kylych, film director and coordinator of a week of Turkish movie, actors Emre Kyzylyrmak (films “Love is one dream”, “Dirty money and love”, “Deniz story”, “Horsemen”), Khaidar Shishman (the star actor in the film “Cold of Kalandar”), Turgay Aidyn (the star actor in the film “Ush zhol”), Aicha Inzhi and others. 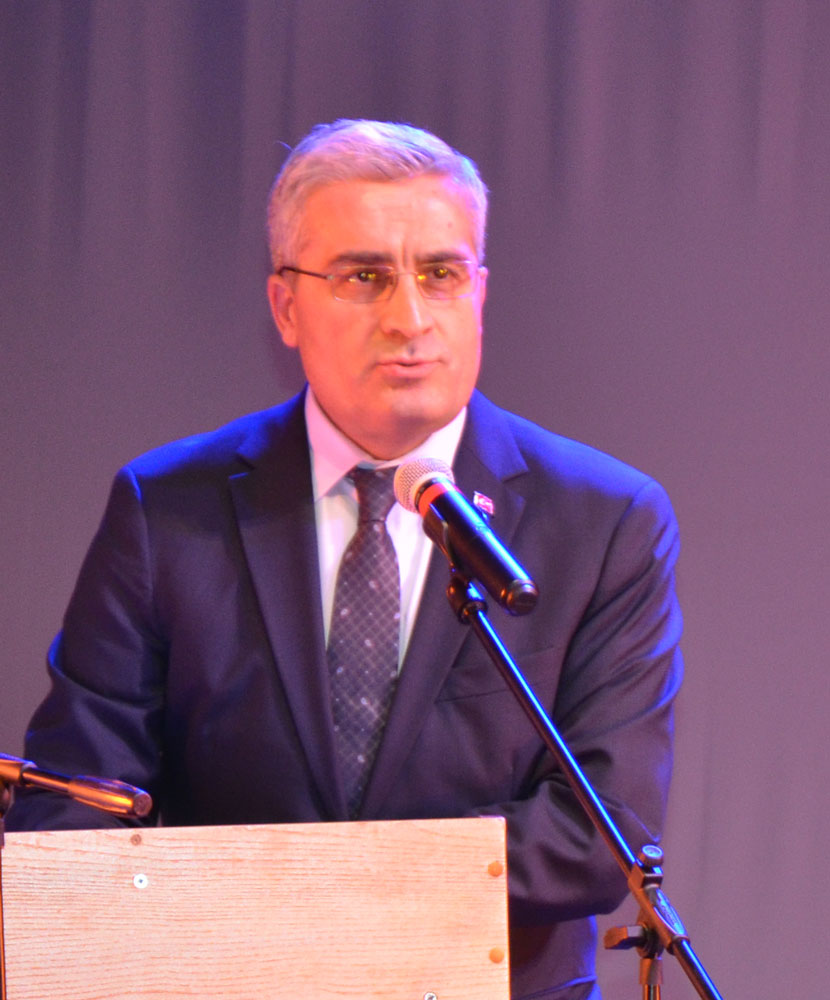 Perhaps, the history of our countries differs, but our culture, our opinions are similar. To know each other, our culture better, the week of the Turkish movie is a good tool for that. To introduce with the life of Anadolu residents the films about that will be shown this week. The Ambassador expressed gratitude to all the representatives of art, actors and organizers of the event. After the performance of national anthems of Kazakhstan and Turkey was shown a short film on tragic events connected with the try of state turnover on 15 July. After that the spectators was presented the film of the director Mustafa Kara “Cold of Kalandar”, nominee for the Oskar prize 2017, holder of the best male role in the movie  festivals in Japan, Canada, Australia and Antalya. The main character – Mekhmet, who resides with his family in the mountainous settlement near the Black sea. 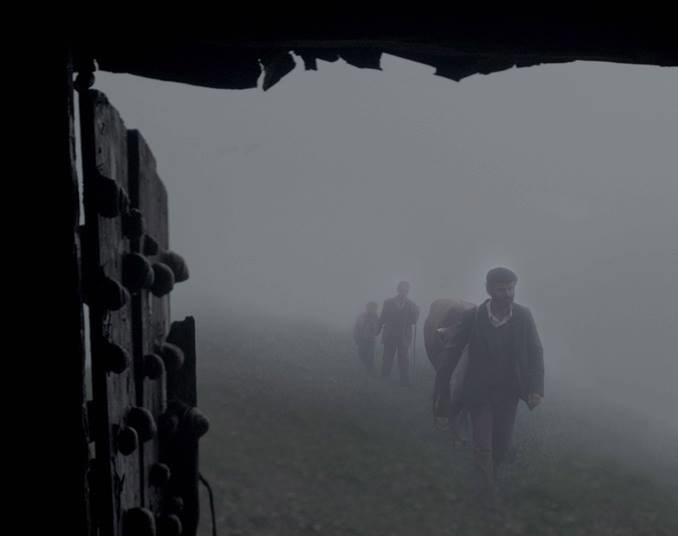 His passion – mountains, where he with great interest searches the deposits of minerals, but his family considers these searches groundless. Washed out by fruitless attempts, he hopes to win in the competition of bulls. Mekhmet participates in the contest of bulls.

Mekhmet participates in the fight of bulls in Artvin, but again returns with nothing. This simple story shows the naïve portrait of touching life, needs and relations among nature, animals and people.

Within the framework of the opening of a week of Turkish movie were organized the meetings with creative people. 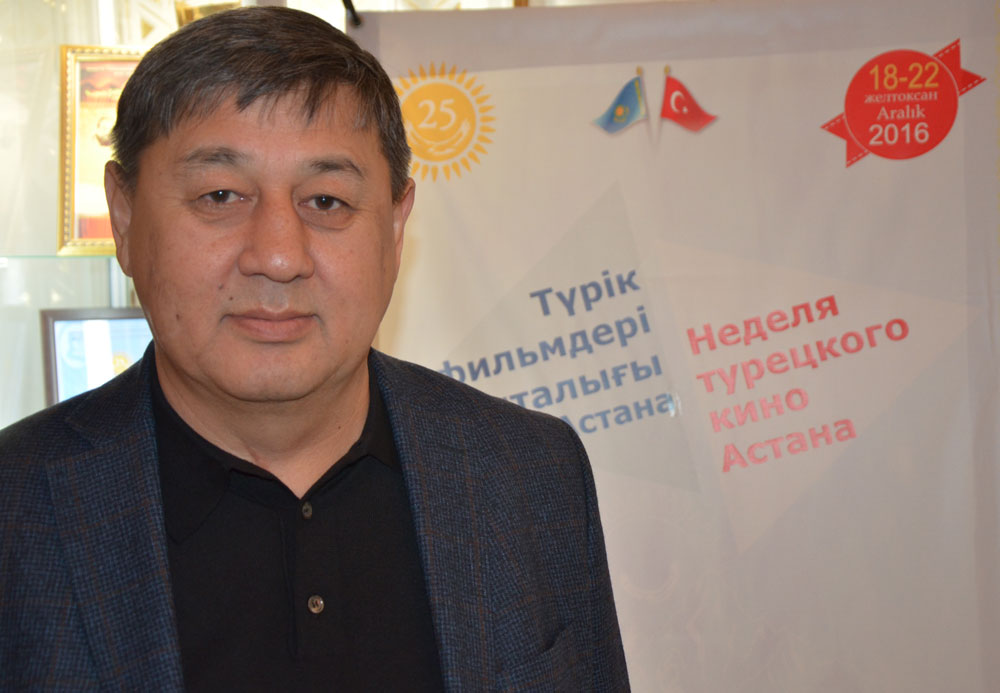 Iskakov Ilyas Basharovich, Deputy Chairman of the Board on regional development of the JSC RTRK “Kazakhstan” , shared his plans that the Turkish side planned a number of business meetings, within which will be discussed the issues of joint activity, creation of joint projects, series, maybe even programs.

Turkey accumulated the great experience in the creation of exactly TV series, that is extremely important for us. In the production of series we have to go from quality to quantity, Kazakhstani spectator demands qualitative content. It is needy to look through their rich experience closely, study if we want that our series showed  in other countries, we have to learn that. Movie, especially series – such a product which can promote our republic to other countries. To the creation of the image one should pay great attention. 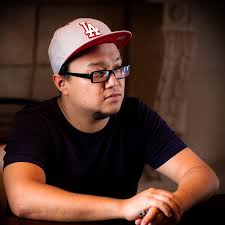 Syrym Nabikulov, a famous composer, arranger noted that Turkish movie from ancient times is known in the world market, Kazakhstani people were not simply familiar with Turkish cinematograph, and grew up along with Turkish series.

Turkey is situated near Europe, their European influence is felt stronger and by adding their quintessence of the Turkic world the films appear to be rather bright and emotionally strong.

That is why the Turkish movie – good movie. Both Turkey can teach us something, and we can teach Turkey. We have a wealthy history, friendly relations, mainly alike culture.

The week of Turkish movie will last till 22 December 2016.