Best athletes – in the new collection 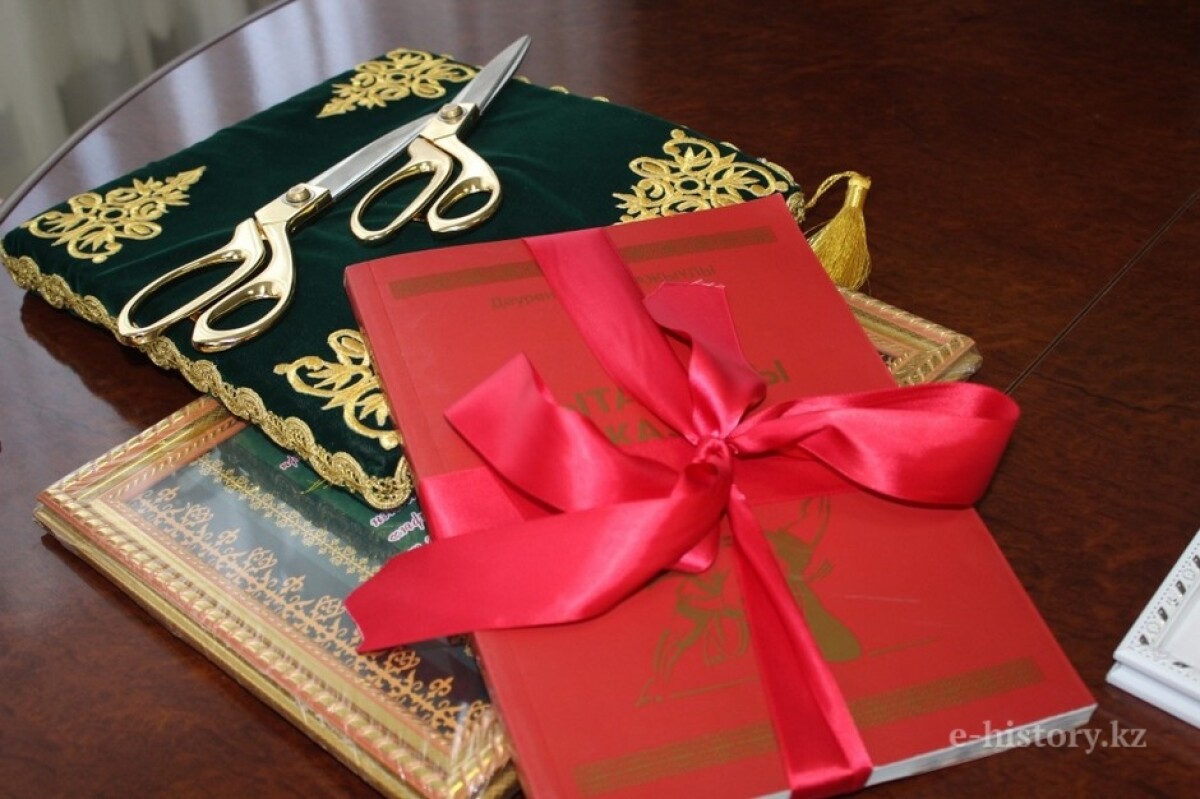 In the National Academic library of Astana, young poet and journalist Dauren Bakythazhyuly presented his book - “The Kazakh athletes in China”

The event was attended by Nesip Zhunisbaev the famous master of Kazakh sports journalism, famous publicist, honored figure of Kazakhstan ,also by Ramazan Sattibay the chief state trainer of the national sports of the RK poet, member of aitys, winner of the youth award “Daryn” Dauletkerey Kapuly and the sport journalist, editor of the “Kazakh sport” newspaper Tuleubek Kadyrmolla and other poets and writers. 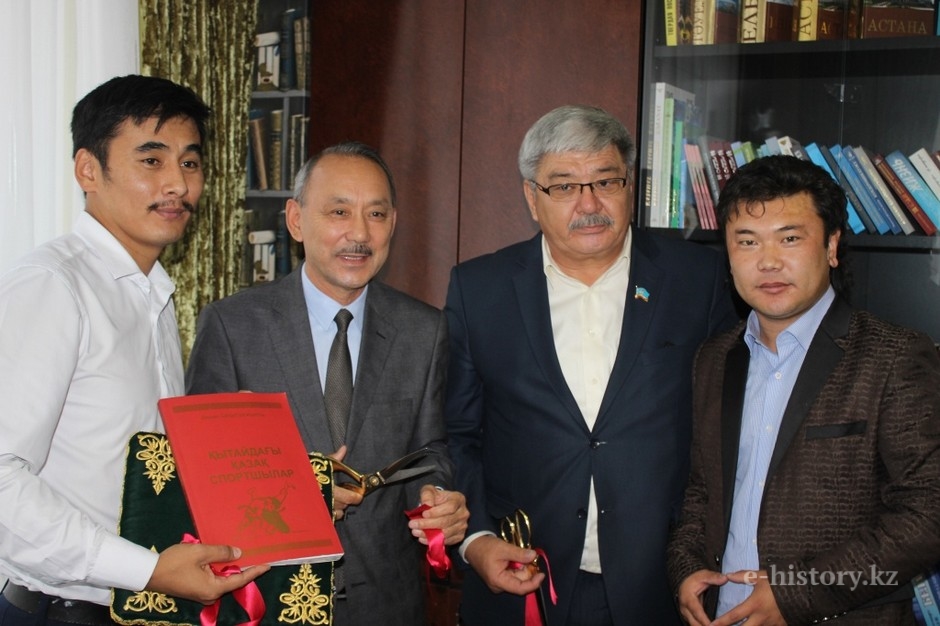 The book contains information about the 83 Kazakh athletes from China, that glorified from the middle of the 20th century to the present time. According to the author, this is his first paper on the topic of sports. “The event that prompted me to write this book is the result of “special” competition in boxing events which was in China, where two boxers refused to fight with each other”,- Dmitry Bakythazhyuly said. 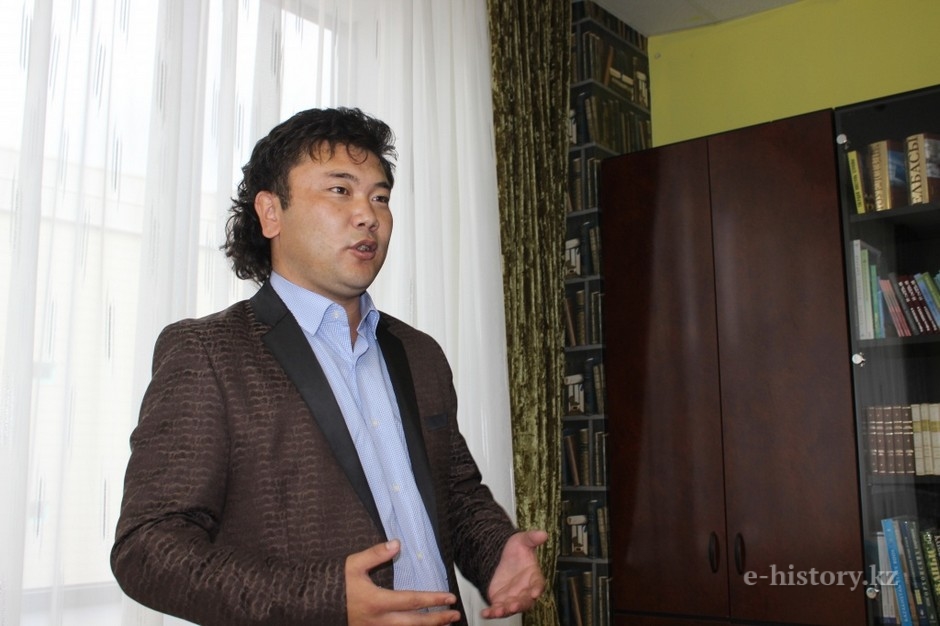 “There is no data about Kazakh athletes from China. I grouped data about the best athletes who won the international, autonomous and district competitions. The book is meant for wider readership”, - the book’author said. In the words of Baurzhan Segizbayev , he intends to write about famous Kazakh athletes who achieved success from other countries in the run - up to the EXPO-2017. He said that this book would appear under the name “1000 Kazakh athletes”. Nesip Zhunusbayev who worked about forty years in that sphere started a conversation about the past and the present of sport. The veteran of journalism, which led important arguments about a provision of sports journalism, expressed his wishes concerning to release the outreach activities of the collection. At the same time, N. Zhunisbayev noted that, “the importance of the information manual, which collected all achievements of the Kazakh athletes will be an equivalent by it’s value to the encyclopedia” . 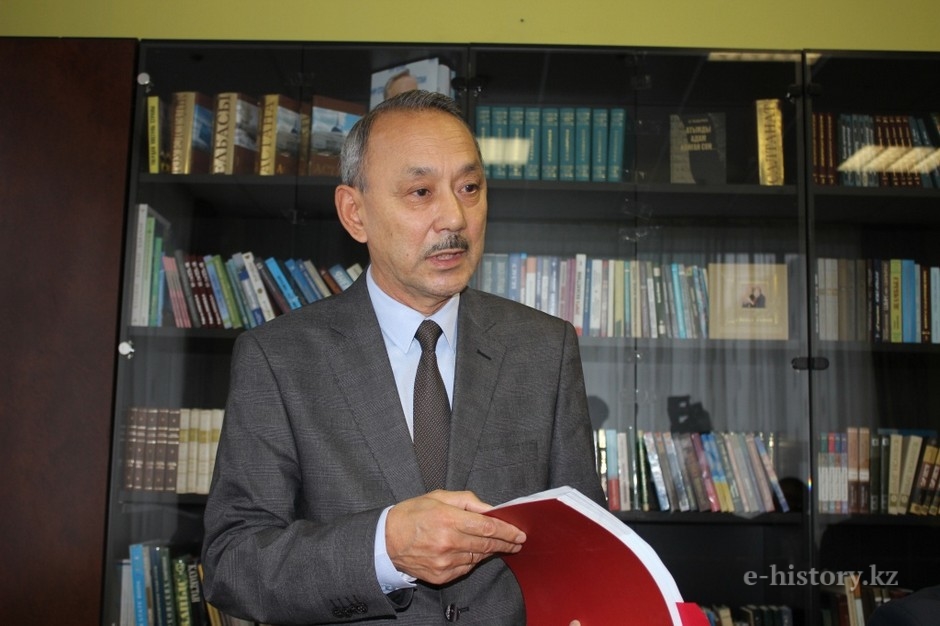 “I was very surprised by the book “The Kazakh athletes in China”. I am that person who devoted all his life to sport. 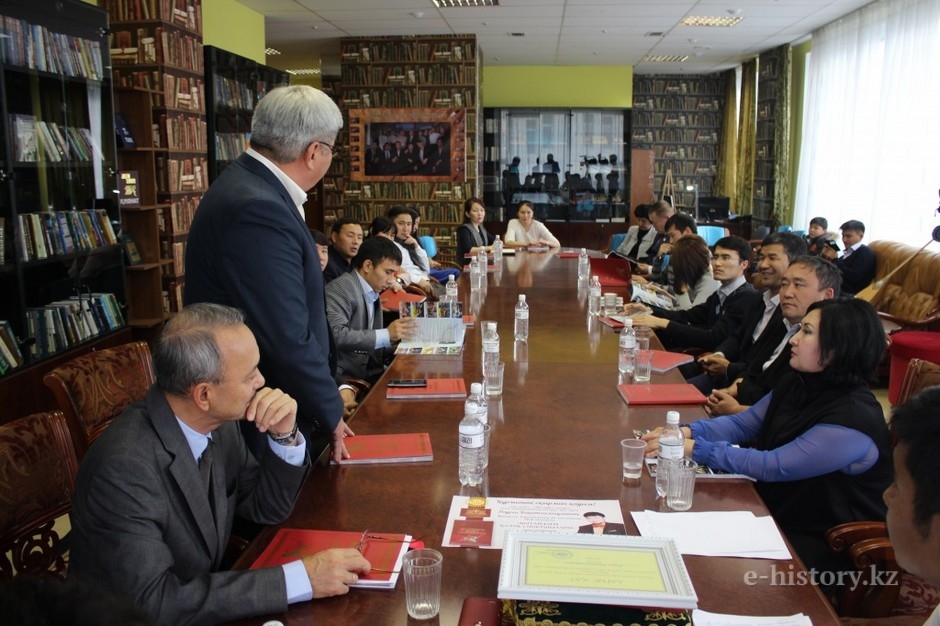 The book says about little-known people. I perceive this book as a reflection of your love to your own people. Dauren, you show us data about the Kazakh athletes from the country where population is the billion. I wish you to continue contribute in filling the Kazakh history”. The chief state trainer of the national sports of the RK Ramazan Sattibay said that the book is the essential reference book for the sports journalist, and also historical work. “I know many baluans from this book. Dauren's book is historical work. There are not so enough methodical books in the field of sport”, - he said.

The poet Dauletkerey Kapuly suggested to conduct depth studies and to write about life of the great athletes of ancient times in order to increase the value of this book. The interesting facts about Soltyken Kokishula from Altay province which won the first place at the international Olympic Games in 1983 in the capital of Iran are given in this book. The book described how his father was subject to persecution because of the richness and his son Soltyken has suffered from it. Also in the book there is new data about the famous athletes who achieved good results. Dauren Bakytkhazhyula was born in 1989 in the settlement of Zhambylkora of the Tarbagatai province. He issued historical sketches like “Eighteen”, “Top of the love”, “Eltok born for the people”. Member of the Xinjiang society of the Kazakh language, Xinjiang consolidation of literature writers of art. 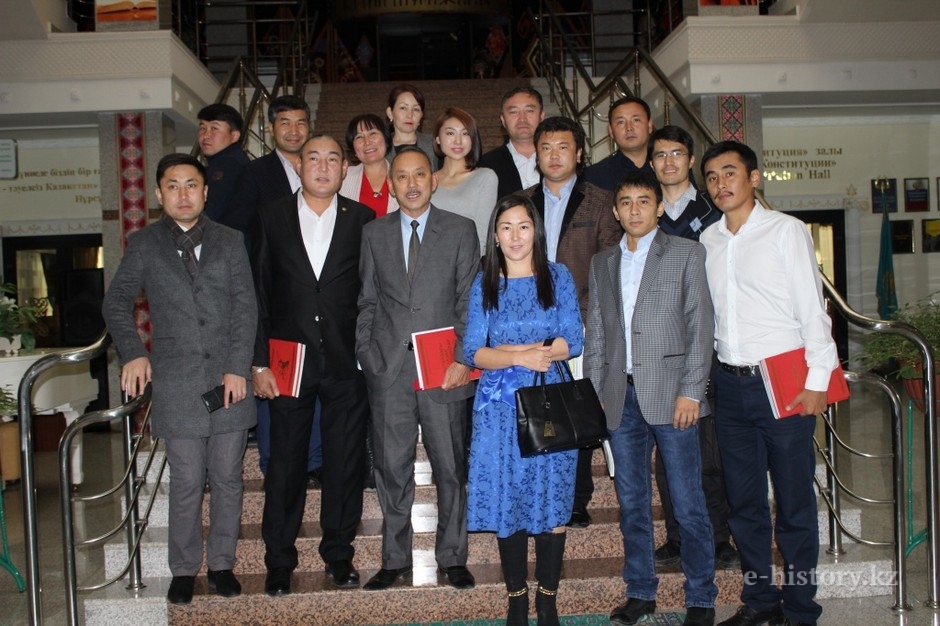 At the end of the given meeting, the author presented to fund of the library some of his books and made memorable pictures with attendees. Such events are rather significant to the enrichment of national libraries and development of literature fund in the republic.