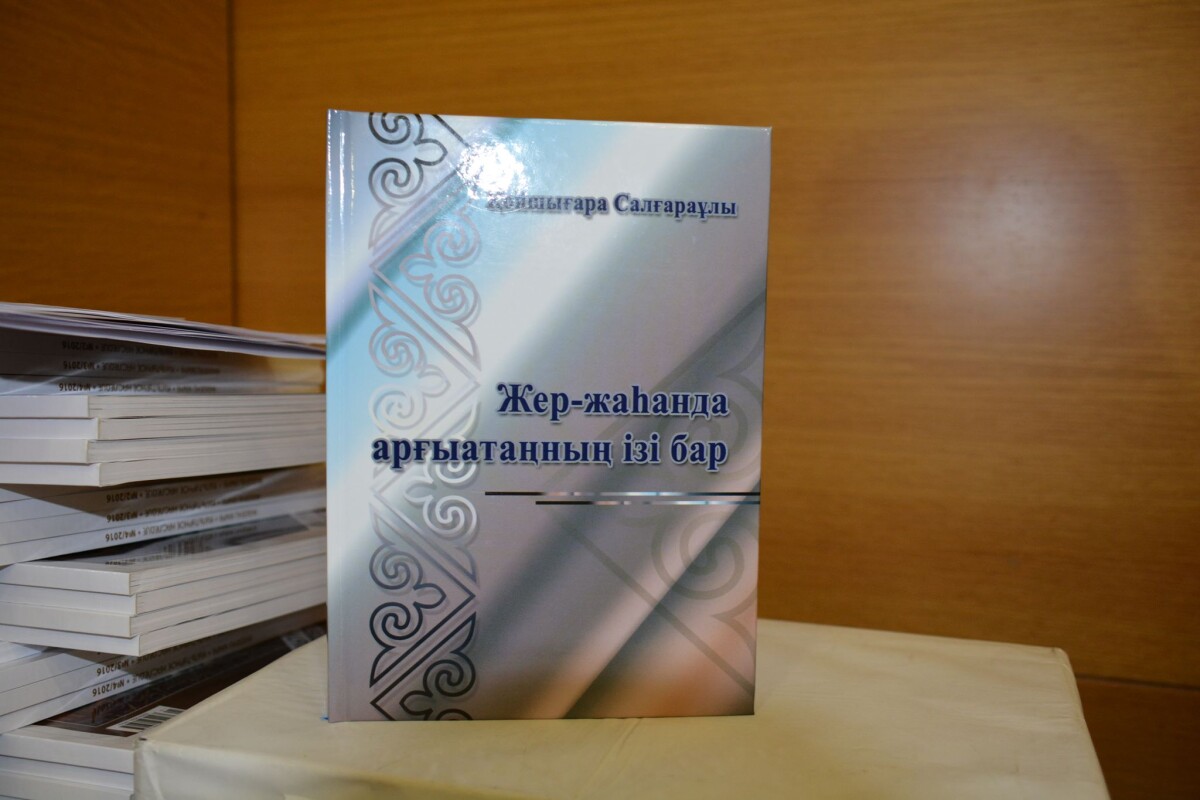 The presentation of a new book by famous scholar, writer and winner of the State Prize of the Republic of Kazakhstan and Kultegin award Koyshigar Salgarauly was held in the National Museum of Astana

"Jer-zhahanda argy atannyn іzі bar" (There are traces of your ancestors on the Earth), the title of the book, which is a kind of final conclusion of his earlier published research works "Ancient Turks", "Turks" and "Medieval Turks." In his book, the author considers not yet studied by other researchers mythological, historical and linguistic facts about the ancient history of the ancestors of today's "Turkish", "Turkish-speaking" people in a close relationship with the achievements of today's archeology, linguistics, genetics, historical sciences, and makes a kind of new, unexpected conclusions. His fresh ideas immediately captivate and motivate readers involving them in the depths of history. 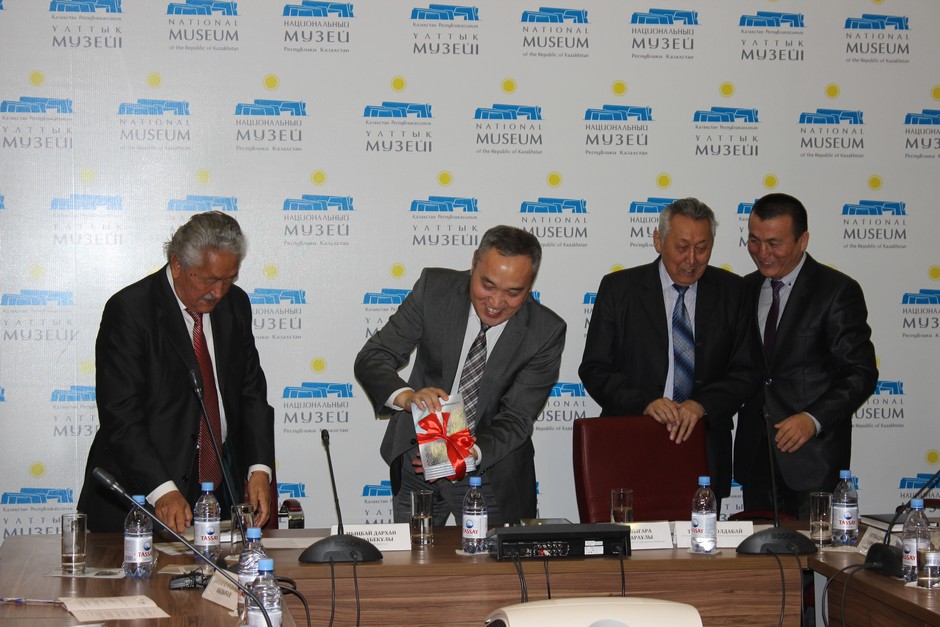 Wishing success Darkhan Mynbay, the initiator of the event director of the National Museum, gave the floor to Koyshigar Salgarauly: "Dear colleagues, invited guests, connoisseurs of history! The right to speak and share with thoughts now is yours. I want to sincerely thank the organizer of today's event and the team which he heads. Further, the writer said about what prompted him to write the presented book, the preconditions to the study of national history, shared his thoughts about the origin of our ancestors. 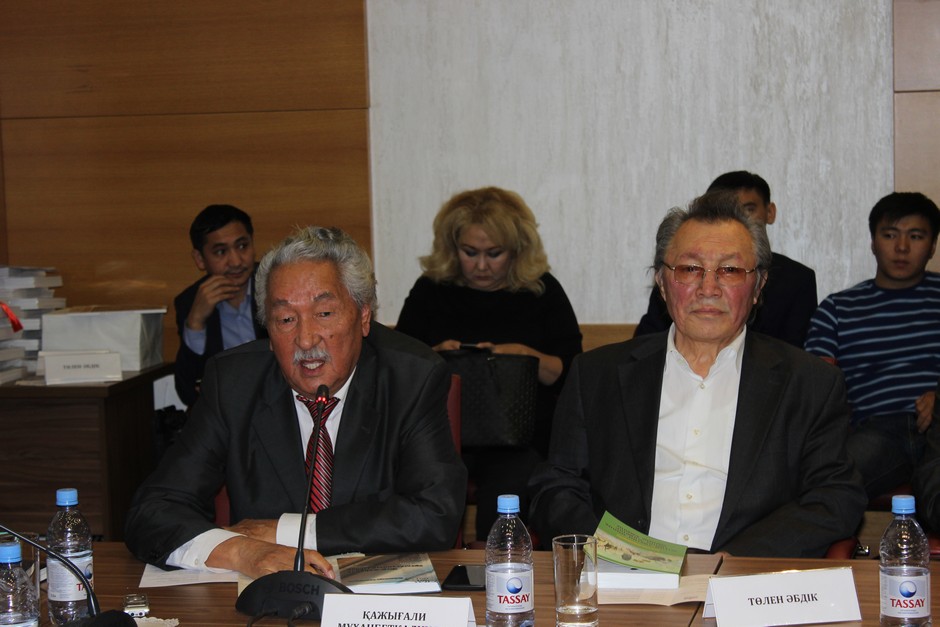 "At first, being not a professional historian, I considered it was my duty to study the history of our people, examined all books and historical works, hoped to find easily answers to questions such as: " Who are we, where are we from?" All was not so simple. None of academic works published by special research institutes or private research historians, or in any books, I could not find what I was looking for. That’s why I decided to pave my own way in research works. I conducted research, gained new information. As a result, I wrote 10 books.

"Scientists, doctors, workers of culture and literature performed before the audience. Scientist-turkologist, friend of the writer - Karzhaubay Sartkozhauly expressed his opinion that Koyshigara Salgarauly research works surpass the works of any professional historian.

During the event the floor was given to the honored worker and Kazakh writer Kazhygali Muhanbetkaliuly. He noted lack of deviations from historical truth in the writer’s books, highly praised his work in the study of the Turkic world. He brought his hypothesis about the historical term "Altai peoples", which probably comes from the words "Altyn Eli" (land of gold). Also, a writer, the winner of the State Prize Tolen Abdikov spoke before the audience. He noted the value of the book "Jer zhahanda argy atannyn іzі bar" for science. 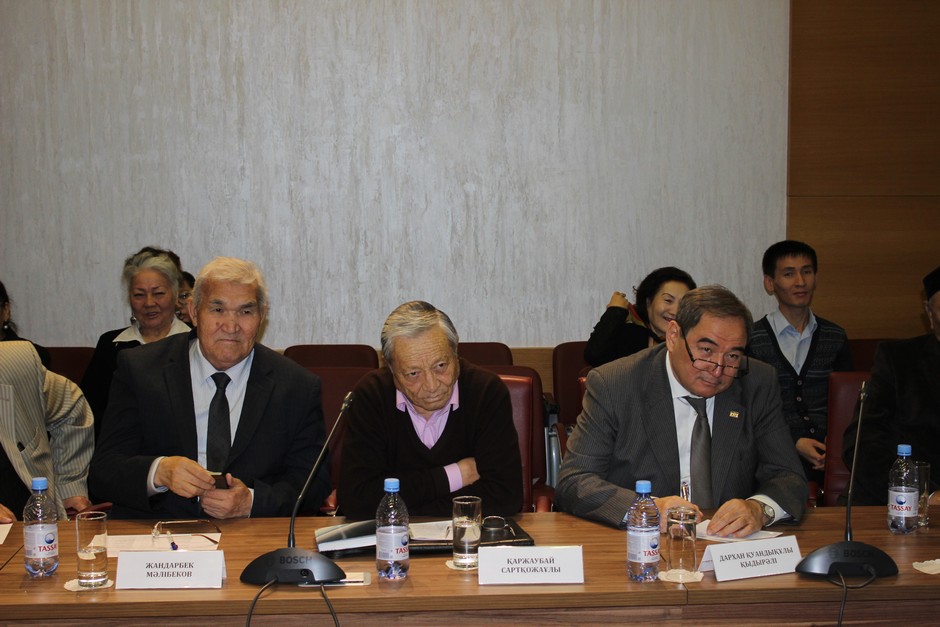 "National consciousness begins with historical consciousness. In order to create historical consciousness, one must know its history and roots. Today, there is a great progress in this regard. Kazakh writers Ilyas Esenberlin, Abish Kekilbaev later Kazhigali Muhanbetkaliuly opened a wide road to knowledge of the national history through their historical works. From a literary point of view, writing historical works, formation of historical consciousness does not benefit the creative person. As the writer’s thoughts are full of concepts, philosophical speculations, which cannot be expressed in the presentation of accurate historical facts. We have to put our thoughts in chain. That’s why, on the one hand it’s worthy to write about history, on the other hand it is difficult. Koyshigara Salgarauly approached to the history issues as a historian. There are alike scholars, among whom are Anes Saray and Zharylkap Beysenuly. The interesting thing is that they write the history in plain language. And it is not that easy to read historians’ works"- finished his thought Tolen Abdikov.