Home News History in 5 minutes The Deportation of People during the World War II. Part II

The Deportation of People during the World War II. Part II 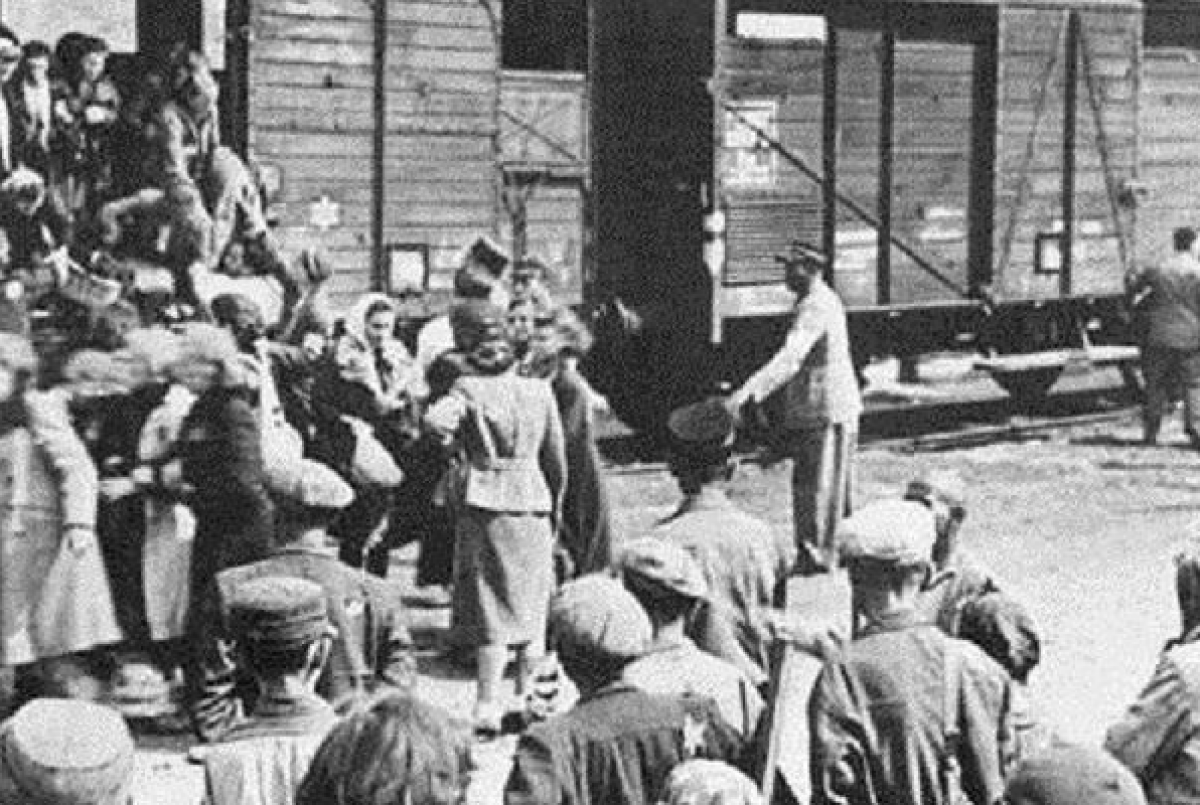 One of the tragic pages of the history of Kazakhstan is the deportation (forced resettlement of peoples) to its territory of peoples from virtually all regions of the former Soviet Union. According to Kazakhstani historians, during the collectivization period, 189,000 people from Central Russia were deported to Kazakhstan. Of these, in the height of the famine, in May 1931, 150,000 people were deployed in the districts of the present Akmola, Karaganda, Pavlodar, and Kokchetav regions. According to incomplete data, by 1937 the number of people expelled to Kazakhstan amounted to 360 thousand people. Thus, in the 1930s Kazakhstan was turned into a kind of reservation for evicted peoples.

Settled by regions, the migrant workers worked not only in specially created state farms but also in various industrial enterprises. So only in the documents of the Karaganda regional executive committee, there was a list of more than 70 enterprises, institutions and organizations, 2,040 farms, where in the 1930s migrants making their ends. Workers and their families lived in yurts, dugouts, temporary barracks, and even in homemade huts under the open sky. But, let's take a closer look at how the deportation of Caucasian and other people began.

Chechnya and Ingushetia, the largest in terms of population among the Caucasian peoples have long been the gateway to the Caucasus and in the Russian Federation. According to a Chechen researcher of Soviet studies,  Filkin, the number of Chechens and Ingush people sent to the war estimated to be over 18,500 [11]. Moreover, the author notes that the majority of Chechen and Ingush soldiers served in the garrison of the Brest Fortress. Among two thousand Soviet soldiers and officers who died defending the citadel and three forts such as Kobrin, Tiraspol and Kholm, over two hundred were found to be Chechens [12].

With the outbreak of the war in Chechnya and Ingushetia, from the number of volunteers, the national units were manned and sent to the active army. Until the end of 1942, the 255th separate Chechen-Ingush Cavalry Regiment participated in the battles [13]. After the great losses incurred in the battles near Stalingrad, the remnants of the regiment entered the other military units. In addition to this regiment, a separate cavalry squadron, also staffed by Chechen and Ingush volunteers, was part of the Red Army. As a prominent historian Avtorkhanov puts it, a separate cavalry division consisting of Chechen and Ingush volunteers was forced to participate in the battle, without even having time to get a full set of weapons. This division was defeated by the Germans on August 4, 1942, in a battle near Kotelnikov [14, p.56]. Nevertheless, the Soviet government doubted the complete loyalty of the Chechens, and therefore, in March 1942, the mobilization of Chechens and Ingushes to the Red Army was stopped.

On February 23, 1944, on a false accusation of complicity with the fascist occupation forces, the Chechens and Ingush were completely deported to Kazakhstan and other Central Asian countries. On March 7, 1944, the Decree of the Presidium of the Supreme Soviet of the USSR abolished the Chechen-Ingush Autonomous Soviet Socialist Republic. Its territory was divided between Russia and Georgia, and part of the lands went to the North Ossetian and Dagestan ASSR.

They were evicted from all over the USSR: the republics of the North Caucasus, Georgia, Azerbaijan, the Krasnodar Territory, etc. They were fired from the Red Army and sent to the disposal of the NKVD's special settlers.

The deportation of people to Central Asia and Kazakhstan by train was often accompanied by the death of immigrants. There were also fewer victims in Kazakhstan, where people were often settled directly in the steppe. The exact number of victims of eviction remains unknown.

The real losses were much more appalling, and the resettlement cost Chechens and Ingush more than 200 thousand lives [13]. It was, in fact, a real genocide of the Chechen-Ingush people.

Unlike other peoples such as Germans, Koreans, Turks, who were more or less compactly settled, Chechens and Ingush people scattered in small groups throughout the republic. For example, in Kyzylorda and Taldy-Kurgan regions Korean collective and state farms were created, whereas German farms found a home in Karaganda, Pavlodar, Kostanai, and Akmola regions. Whereas for other deported peoples some minimal conditions were created for teaching children in their native language, for the bulk of Chechens and Ingush the years of deportation were a time of complete spiritual stagnation. The decision to relocate Kalmyks, Chechens and Ingush was announced at a private meeting of the Supreme Soviet of the USSR only in April 1944.

According to the State Archive of the Karaganda region, more than 190 thousand Crimean Tatars arrived in Kazakhstan [16]. According to Aldajumanov, 191044 people of Tatar nationality were removed. Among this number, 1,268 families (4,501 people) arrived in Kazakhstan [3, p.13]. In addition, during the operation, 7,000 Bulgarians and Greeks who were deported mainly from the Krasnodar Territory were deported. On the territory of the republic, according to the NKVD, as of January 1, 1945, there were 4224 people (1,223 families), who were settled compactly only in the Guryev region [9].

The same tragic fate befell the Turks who lived in Meskheti, that is, in the southern and southwestern regions of Georgia. On July 31, 1944, the deportation of the Turks began with the resolution of the state defense commissions, as a result, more than 27,000 Meskhetian Turks ended up in Kazakhstan [17].

A number of government resolutions on the deportation of some people sent about 25 thousand Balkars, about 7 thousand Greeks, Bulgarians and Armenians. The eviction of certain population groups from the liberated territories continued. In addition to the Germans, at the end of the war, members of their families were resettled from the territory of Western Ukraine. In general, the migration of people continued until the end of the 1940s.

It can not be denied that any country in the state of war, which lost a significant part of the territory, material and technical and economic resources during the battle, must mobilize all forces, including the people, in order to organize the work of the rear in order to establish all the structures of the military economy for the successful conduct of the war. Logically, this was aimed at laws and wartime regulations, in accordance with which all able-bodied and fit for military service were subject to mobilization to the front and to perform labour service. However, the history of World War II has no analogues when a country that fought against the aggressor would simultaneously put millions of its citizens in the position of outcasts and thus involve them to forced labour camps.

11 Archive of the Committee on Legal Statistics and Special Accounts of the General Prosecutor's Office of the Republic of Kazakhstan. F. 16, D. No. 83.

12. Archive of the Committee on Legal Statistics and Special Accounts of the General Prosecutor's Office of the Republic of Kazakhstan, D.29.

15. Archive of the Committee on Legal Statistics and Special Accounts of the General Prosecutor's Office of the Republic of Kazakhstan. F. 16, D. No. 86.