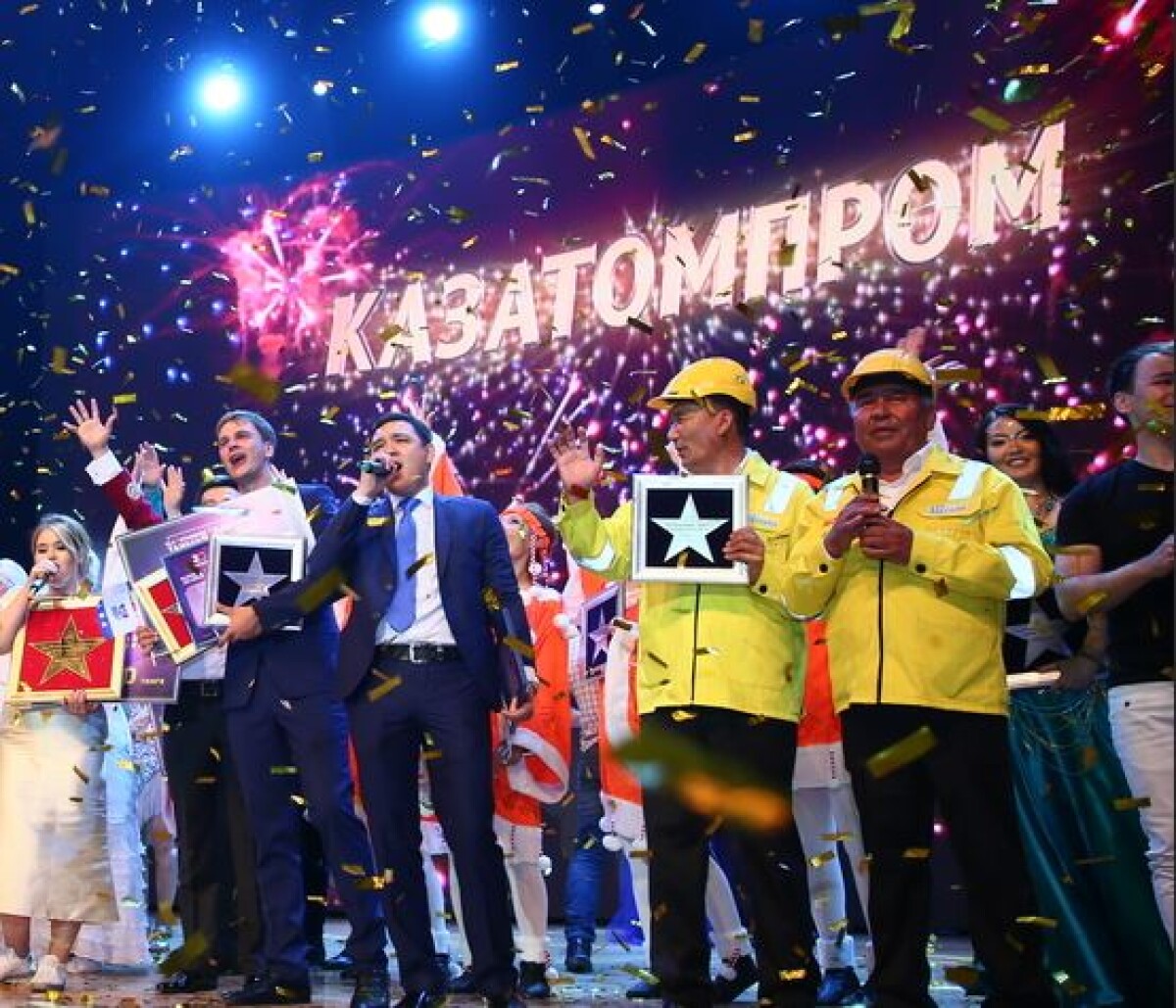 Today JSC “KazAtomProm” celebrates its anniversary. Created in a difficult time for the country, the company managed to stay and become a worthy player in the world market of peaceful atom

JSC “NAC “KazAtomProm” is Kazakhstan's power to extract and deliver rare metals, uranium, nuclear fuel for nuclear power plants. The company was founded in 1997, at a difficult time for Kazakhstan, because then our Republic itself was just beginning its journey. But, despite this the company has managed to prove itself purely only in leadership positions.

The history of the creation of this company is very interesting. In order to understand how everything started and how the company was able to achieve such successes not only in Kazakhstan, but also outside it, we should go deep into history. By the Decree of the President of the Republic of Kazakhstan dated July 14, 1997, the National Atomic Company “KazAtomProm” was established.

The young company immediately encountered difficulties. Already in December 1997, there was a loss of traditional sales markets, which led to a decrease in production volumes. Then, sales of Kazakhstani uranium in the US were banned. Subsequently, the cost of production increases by 2 times.

But already in 1999, despite the world financial crisis, the company achieved the opening of the first credit line from the German bank Westl B, which allowed paying off debts inside the country and reducing the interest rate by 2.2 times, which significantly helped financially. In the same year, a long-term agreement is concluded with Ministry of Atomic Energy of Russia, for the production of fuel pellets, further the Ukrainian-Kazakh-Russian enterprise is created, which provides fuel for Ukraine's reactors. These measures allowed further continuing the production of nuclear fuel for Russian design reactors.

By the year 2000, the company had achieved a complete lifting of the restrictions on the sale of domestic uranium in the markets of the USA and Europe. Thanks to which it was possible to say already then that the company started its work not only in the territory of the post-Soviet space, but also abroad. With the help of talented scientists, it was possible to avoid a 20-year lag in technology and launch tantalum production. For the company, the year 2001-2002 is successful in that it enters the foreign markets more confidently, which, on the whole, has enabled the company to cope with the economic crisis.

In early 2001, the company enters into an agreement with China and enters the uranium market, then in 2002 to the South Korean market. In the same year, the cellular scheme for opening ore deposits was first applied. Completely switch to automation of the entire production process. With the help of new technologies, the fleet of drilling rigs increased from 17 in 2003 to 63 in 2007.

In 2003, the U-shaped sorption-desorption circuit was first realized at the Akdala mine. The introduction of this technology made it possible to produce several times more products from a unit of working volume of a U-shaped column than on ordinary columns. The number of necessary equipment from 8-10 conventional columns to 1-2 U-shaped columns decreased. In this connection, operational costs are significantly reduced. Also, a long-term agreement was concluded with China for the supply of natural uranium. The company went directly to the 2nd place in the world for beryllium products with 29% of total production, 4th place in the tantalum industry. In addition, the Government of Kazakhstan has entrusted the Company to withdraw from the crisis Mangistau Nuclear Power Plant, a large diversified energy enterprise, which is the only source of power supply to consumers in Mangistau Oblast. KazAtomProm successfully coped with the task and justified the trust of the Government of our country.

In 2004, the first stage of the restructuring of JSC “NAC “KazAtomProm” was carried out. All production functions for uranium mining were transferred to the newly formed company LLP "Mining Company", and the implementation of services in the social sphere in turn was transferred to the company – “KazAtomProm-Demeu” LLP. Further in China, all conditions were created for the realization of beryllium products and the opening of a new subsidiary company, Ulba-China.

In 2005, the company began implementing a new concept of mine management. At the second stage of the restructuring of KazAtomProm, specialists of auxiliary and servicing industries were singled out; single service centers for mine maintenance were created, where later specialized specialists were sent. Such measures led to an improvement and increase in labor productivity 5 times. In addition, the company began repairing roads, repaired over 300 km and restored more than 400 km of highways.

In 2006, cooperation between Kazakhstan and Russia shifted to a new level. Cooperation with Japanese companies in various areas of the nuclear fuel cycle has expanded. The first delivery of our uranium to the Japanese market was made. Kazakhstan-Japan uranium mining company APPAK was also created. A number of agreements were signed with China on joint work in various fields of nuclear energy, including the creation of a joint venture to produce rolled beryllium bronze. On the territory of the Stepnogorsk Mining and Chemical Combine, a molybdenum concentrating mill was built. The production capacity was 500 thousand tons of molybdenum ore per year.

In 2007, over 20 agreements on cooperation between KazAtomProm and a number of leading Japanese companies in the field of energy, trade and finance were negotiated and signed. After only 10 years from the date of opening the Company has already established itself as a stable, dynamic, confident not only in the future, but also in the long term. And it is not for nothing, because the company has a clear idea of ​​what to direct its forces. Every year the quantity and quality of the work of this company becomes only better, which can not but rejoice. In 2008 KazAtomProm was recognized as the "Best Social Project of the Year". In December, at the Ulba Metallurgical Plant, a workshop was opened to produce high-capacity condenser tantalum powders. Productivity per year was 72.9 tons of tantalum powders of various classes. 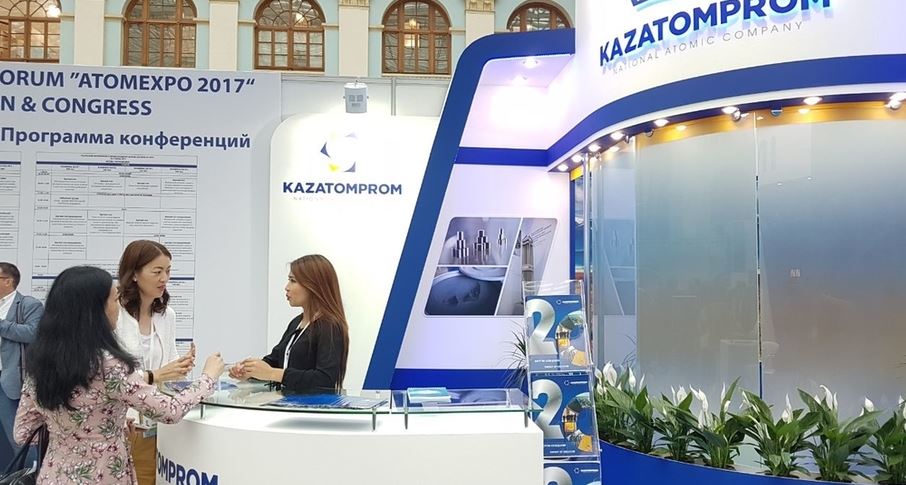 In January 2009, the award ceremony was held in the contest "Choice of the Year in Kazakhstan-2008". KazAtomProm was recognized as the best in the nomination "High Dynamics of Development and Technological Achievements". “KazAtomProm-Demeu” LLP became the winner of the annual national charity prize "Altyn Zhurek" in the nomination "Organization of the Year". At the end of the same year, Kazakhstan took the first place in uranium mining in the world. KazAtomProm became the first of the national companies of Kazakhstan to use the electronic method of purchasing goods and materials for the needs of its enterprises.

In 2011, the company focused on concluding long-term business relations and participation in foreign assets. KazAtomProm concluded a number of major contracts. The company as a natural uranium supplier continues its work in all regions of the world where the nuclear power plant is operated.

In May 2012, during the official visit of the Minister of Economy, Trade and Industry of Japan, memorandums of cooperation between our countries were signed. Already by tradition the Company JSC “NAC “KazAtomProm” becomes the winner in the nomination "Innovation Leader 2012".

On September 27, 2013, the Company becomes part of the largest Russian separation enterprise, OJSC “Ural Electrochemical Plant.” Then, JSC “NAC “KazAtomProm” is a member of the shareholders of JSC “Caustic” on the territory of which it is planned to organize a number of import-substituting industries related to the company's activities. KazAtomProm took a direct part in the 39th Annual Symposium of the World Nuclear Association. Was organized the 7th International Scientific and Practical Conference "Actual problems of the uranium industry". At the end of the year, an agreement was signed between “NAC “KazAtomProm” and the China General Nuclear Power Corporation (CGNPC) on expanding and deepening cooperation in the field of nuclear energy.

In 2015, contracts were concluded with such companies as:

1. The Chinese company CGNPC - the creation of assembly production for nuclear power plants.

3. Government of India on the supply of 500 tons of Kazakh uranium to India.

4. MAGATE on the creation of a low enriched uranium bank, which will be located on the territory of our republic.

5. “Qatar Solar Energi” on the creation of a joint venture in the field of solar energy.

In September 2015, the company's delegation took part in the annual symposium of the World Nuclear Association (WNA) held in London. Already in November 2015, a tripartite agreement was drawn up between JSC “NAC “KazAtomProm”, The Japan Atomic Power Company, Marubeni Utility Services Ltd. The parties intend to continue cooperation and develop in the field of nuclear energy. At the end of 2015, by tradition, the company, having competed in the contest "Best Goods of Kazakhstan" won in the nomination "For Contribution to the Development of Local Content". KazAtomProm together with ConverDyn started marketing in the UF6 market with the goal of forming for the global market a joint uranium supply in the form of UF6 hexafluoride, its raw materials are suitable for enrichment in the nuclear fuel cycle.

In 2016 KazAtomProm and KazNITU signed an agreement on scientific and technical cooperation in the field of fundamental and applied research in the field of nuclear and alternative energy and personnel training. This was a breakthrough in helping universities with technical specialties. Students can not only theoretically learn about the direction of the chosen specialties, but also practically, which is important in the study of these professions.

It's amazing how much the company achieved in such a seemingly short time. Although, as we could have noticed earlier, it was worth a lot of effort and no matter how many obstacles existed before the "conquest of the world" in this area, they were able to resist.

An important fact and merit of the management of JSC “NAC “KazAtomProm” is that it thinks not only about favorable terms of import and export of rare metals, uranium, nuclear fuel for nuclear power plants, but also about the significant contributions to education in our country. Having opened a lot of subsidiaries, the company's management created more than 20 thousand jobs. Having achieved such heights, JSC “NAC “KazAtomProm” on a personal example shows and proves that, despite the fact that the company is only 20 years old, it has reached considerable heights and continues to confidently move forward.