The referendum on the Constitution is a significant stage of democratization 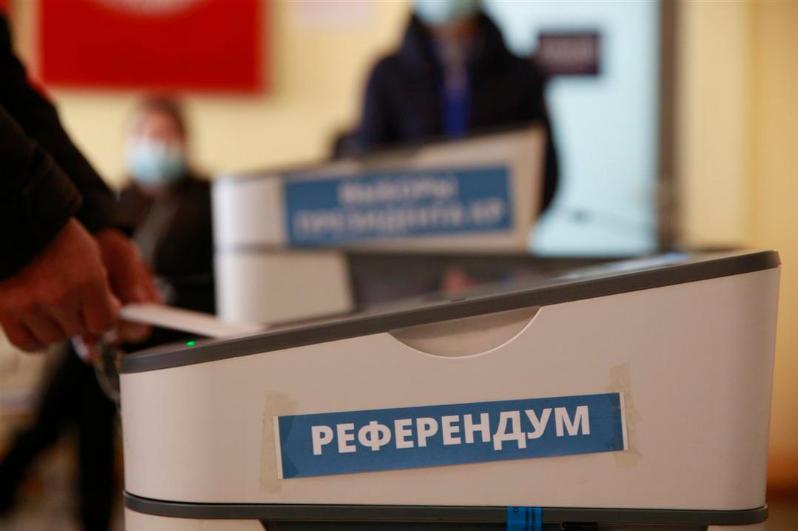 The Constitution of Kazakhstan is the core of the national political and legal system, the legal basis of the statehood and sovereignty of the country, law and decree, the foundation on which all legislation, law enforcement practice, as well as the process of state legal transformations and development of the country are based. Leading researcher of the Institute of State History of the CS MES RK, candidate of political sciences Baurzhan Rakhimgaliyevich Sheriyazdanov shared his opinions about the constitutional reform proposed by the President with the Qazaqstan Tarihy portal.

There is no doubt that any current Constitution is a political and legal document that should be sensitive to any fundamental changes that occur in society and state. This fully applies to the Basic Law of Kazakhstan that has changed and improved in the process of constitutional development of the country. In the modern era, state and socio-political processes are developing rapidly. Especially, Baurzhan Sheriyazdanov believes that such dynamism is reflected in the modern constitutional processes of our republic.

On April 29, 2022, at the XXII session of the Assembly of the People of Kazakhstan, Head of State Kassym-Jomart Tokayev proposed to conduct the republican referendum on the amendments to the Constitution. As K. Tokayev noted, changing the Constitution through a popular vote will be considered as the demonstration of the desire of the people. So that, every citizen will be able to take a direct part in deciding the fate of the country in order to strengthen the country's course towards democratization and building the “New Kazakhstan”.

The historian recalled that the last referendum was held 27 years ago, when the current Constitution of Kazakhstan was enacted. All further constitutional reforms were passed through the Parliament.

In a detailed review of the amendments to the Constitution, the expert drew attention to an important detail of the President's policy pursued in recent years. “From the moment K.J. Tokayev announced a course towards the liberalization of the political system in the country. He proposed and successfully implements the concept of a “Hearing state” to establish a dialogue between the authorities and the people. This is not only a logical continuation of the democratization course taken by the President from the very beginning of taking office, but it is also a clear signal that the construction of a new fair Kazakhstan has already begun”, Baurzhan Sheriyazdanov trusts.

Why did the President of Kazakhstan sign amendments to the Laws of the Republic of Kazakhstan “On Elections in the Republic of Kazakhstan” and “On Political Parties” last year?”, the expert asked. According to the scientist, this was done in order to create a high-quality party system, lower the threshold for registration of political parties from 40 to 20 thousand members, and determine the quotas for women and youth. The historian suggests that these novels will ensure the further development of the process of multi-party system, the purpose of which is to involve different political parties in the process of developing and making state decisions.

Baurzhan Sheriyazdanov expressed his approval of the consistent and phased policy of the Head of State in matters of state building and the development of local self-government, as the main elements of civil society of the “Welfare state”. As part of the plan for the implementation of the instructions arising from the Message of the President of the country as of September 2, 2020, the Ministry of National Economy of the Republic of Kazakhstan developed a concept for the development of local self-government until 2030. The projects were developed and laws were adopted to introduce direct elections of rural head of administrations. Baurzhan Sheriyazdanov is sure that these actions are consistent steps towards democratization in public administration, aimed at maximizing the involvement of citizens in the decision-making process and independent resolution of local issues with the participation of local community bodies.

Analyzing the proposed rules by the Head of State, the expert believes that first of all, the constitutional reform is aimed at the comprehensive transformation of the entire state model. The amendments are intended to consolidate the final transition from a “Super-presidential” form of government with an excessive concentration of presidential powers to the presidential republic with an influential Parliament and an accountable Government.

“The constitutional reform will strengthen the representative branch of power, strengthen the system of checks and balances, increase the importance and status of maslikhats”, Baurzhan Sheriyazdanov noted. The introduction of the mixed majority-proportional model for the election of deputies to the Majilis of the Parliament and regional maslikhats will allow taking into account the entire range of views and opinions of voters. In turn, the introduction of the fully majoritarian system for electing deputies to district and city maslikhats will extend the opportunities for citizens to influence for the life in the regions more effectively.

Elections of deputies will be held in accordance with a mixed electoral system: according to the system of proportional representation on the territory of the single nationwide constituency and in single-seat territorial constituencies.

Baurzhan Rakhimgalievich drew attention to the fact that an important block of amendments affects the human rights sphere, for example, the creation of the Constitutional Court, the consolidation of the status of the Commissioner for the Human Rights at the constitutional level, and the unconditional ban on the death penalty. These amendments are aimed at respecting the rights and freedoms of citizens of Kazakhstan.

An important issue that causes concern among the people of the country was the norm on securing the people as the owner of the land and natural resources of Kazakhstan. According to the new amendments to the Constitution, the land and its subsoil, water, flora and fauna, and other natural resources must belong to the people. “On behalf of the people, the right to property is exercised by the state. The land may also be in private ownership on the grounds, conditions and established by law within the limits. This opens the possibility for the adoption of further new laws on this issue”, the expert believes.

A significant place in constitutional processes is occupied by the protection of the fundamental rights of citizens. In the new version of the Constitution, paragraph 2 of article 15, speaks of the prohibition of the death penalty, and no one has the right to arbitrarily deprive a person of life. Moreover, for the first time in history, the Article 83-1 of the Constitution mentions the Commissioner for Human Rights, who does not exist now. The Ombudsman will deal with the restoration of violated human and civil rights and freedoms. In his work, he is independent and not accountable to state bodies and officials. Besides that, the commissioner for human rights during his work cannot be arrested or brought in without the consent of the Senate.

The scientist notices that in the amendments proposed by the president the continuation of the further democratization of local executive and representative bodies of power. The heads of the administration of the regions, cities of republican significance and the capital are appointed by the president of the republic with the consent of deputies of maslikhats located in the territory of the region, or deputies of the maslikhats of cities of republican significance and the capital, respectively. The President of the Republic proposes at least two candidates for voting process. The candidate who received more votes of the Maslikhat deputies and who took part in the voting is considered to have received the election.

The President of Kazakhstan, Kassym-Jomart Tokayev, required recreating the Constitutional Court in the country that ceased to exist in 1995. Then, the Constitutional Council started to implement its functions. Now, the once-existing body of constitutional control is being revived. For this reason, it is proposed to amend the new Constitution and replace the word “Council” with “Court”.

As the expert highlighted that the referendum on amendments to the Constitution is a new political experience for Kazakhstan. At this stage of development of the state and political system, such an approach is the demonstration of openness and transparency in decision-making. The main thing is the democratic approach in the processes of state transformation.

Kazakhstan embarked on the path of fundamental transformations, proclaimed the rule of law and the protection of the interests, rights and freedoms of citizens as an indisputable priority. According to Baurzhan Rakhimgaliyevich, the main task on the path of democratization of society is the improvement of the Constitution for further promotion of democratic reforms, successful political, socio-economic and cultural development of the country.

Author: Arman Suleymenov
Use of materials for publication, commercial use, or distribution requires written or oral permission from the Board of Editors or the author. Hyperlink to Qazaqstan tarihy portal is necessary. All rights reserved by the Law RK “On author’s rights and related rights”. To request authorization email to mail@e-history.kz or call to 8 (7172) 57 60 13 (in - 1163)
Қазақша Русский English
MOST READ
Month Year
Burial mounds of the southwestern part of the Semirechye region
Union of the Archives and Library
The referendum on the Constitution is a significant stage of democratization
Heroic mothers of the great steppe
Philosophy of the Emblem
14 monuments at Tekturmas
The rural akims: the country's hope is in the elections
Kazakh historical drama Tomiris premiered in Istanbul
Stolypin about the worries and hopes of immigrants to the Kazakh steppes
ALASH IDEA IS THE PROTECTION OF KAZAKH STATEHOOD
A tireless explorer of the Kazakh land
SWITCHING TO THE LATIN ALPHABET – UNITE ALL KAZAKH PEOPLE
Kunaev Dinmukhamed Akhmedovich
People who eat horses will kill you
Kazakhstan's participation in the Winter Olympics has a long history
Materials on theme
Marat Ospanov – one of the founders of parliamentary system
Why did dzhigits (young fellows) swallow tobyk (ankle)?
Will the Pharaoh's mummy get into the museum of Kazakhstan?
Soldier of media war