Kazakhstan’s looking towards the future. 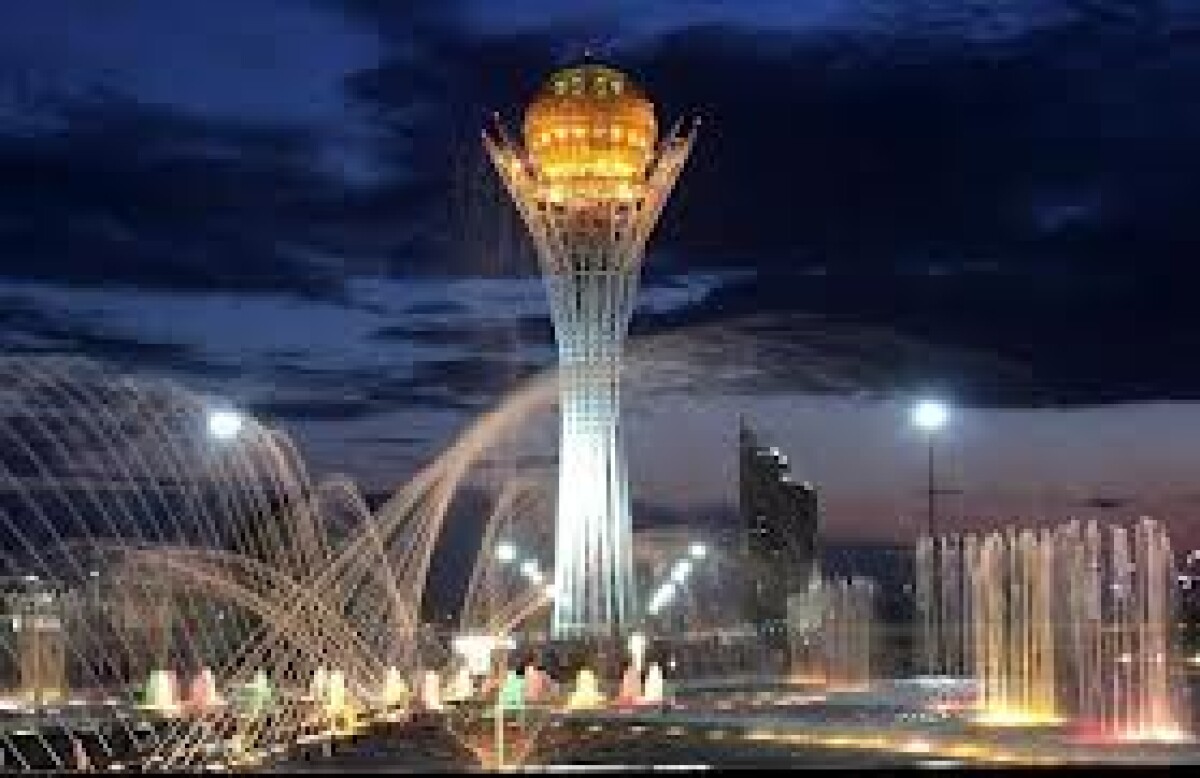 Over the past two years, Kazakhstan has been firmly entrenched in the international arena as one of the most active participants in the dialog on international issues.

Over the past two years, Kazakhstan has been firmly entrenched in the international arena as one of the most active participants in the dialog on international issues.  The successful presidency of the country within the framework of two prestigious organizations, the OSCE and OIC, as well as in the regional structures of the SCO and CSTO, and, of course, the anti-nuclear and “green” initiatives of the President of the Republic of Kazakhstan, the nation’s leader, Nursultan Nazarbayev, became not just a worthy contribution to the global security, but also identified Kazakhstan as a well-developed country.

The republic is facing a qualitatively new challenge, the need to reach a certain level of well-being among the citizens, which will allow Kazakhstan to enter the TOP-30 of the most well developed counties in the world by the end of 2050. This result could be achieved by applying a country model of development, which fully justified itself. Strong social policy, social stability as well as ethnic harmony – that is the foundation of modern Kazakhstan.

In the long term, the dynamic development of two strategic areas:  the integration of the country and the region into the global markets, as well as the developing of the energy security by switching to alternative sources of energy will allow Kazakhstan to implement the concept of the sustainable development in the most efficient way.

Nowadays, the regional security is one of the most important conditions affecting the broad involvement of the private investment in the national economy and therefore the prosperity of the State. As such, Kazakhstan is making every effort to provide a stable security in the region of Central Asia. It is clear that it’s necessary to have a well-functioning infrastructure, including transport and transit, to be able to participate completely in global economy processes.

Nowadays, a certain number of infrastructure projects are being implementing in the region, with the direct participation of Kazakhstan. In particular, this is a program of the Central Asia Regional Economic Cooperation (CAREC). For almost 15 years of existence, the program, which was initiated by the ADB, became a sustainable platform for the international dialogue in the field of planning and implementation of some priority regional projects. In the medium term, six of the CAREC transport corridors that passing through the territory of Central Asia and Kazakhstan will provide for not only a transportation between states, but  will also become a strategic links in a field of inter-region economic development. The reformation of the transport and communication projects within the CAREC trade and economics corridors will promote greatly to the integration of Kazakhstan, as well as the other countries of the region, in international relations and global markets.

The next project is a special program for the countries of Central Asia (SPECA), which has been developed by the initiative of the President of Kazakhstan Nursultan Nazarbayev along with the UN commissions in 1997. The main aim of the SPECA, in the modern conditions, is the implementation of the various projects in the socio-economic field. The centerpiece of the program is assigned for the development of the transport infrastructure and to the efficient use of water and energy resources in the region. The EU and EBRD assistance in the field of the implementation of the program is represented by the creation of transport corridors, contributing greatly to the integration of Kazakhstan and Central Asia in the world economy.

The “Western-Europe – Western-China” project is also on the list. The revival of the “Great Silk Road” trade highway, that links East and West, began in 2009.  With the financial assistance from multilateral development banks, the modernization of the road posts began in four regions:  Aktobe, Kyzylorda, South Kazakhstan and Zhambyl, the length of which is about 33% of the general parameters of the “Western-Europe-Western-China” transit corridor. The completion of this project will not only help to expand the opportunities for economic growth, but also will significantly increase the transit potential of the country, in accordance with the objectives for the development of infrastructure by the end of 2050.  The creation of transport and logistics facilities will have an impact on the Global Competitiveness Index of our country and the region, and later on it will help to take a more prominent position in these rankings.

Another important direction that influences Kazakhstan potential joining of the top 30 of the most well developed countries is to provide a stable energy security in the country. Some of the modern trends in the global energy sectorreflect the gradual transition of the world community to the alternative "green" energy. In particular, the European Union adopted a decision to reduce the import of hydrocarbons at 60 billion Euros, as well as an increase in the share of "green" energy to 20% by 2020.

In addition to the expected environmental and economic effects, the transition to alternative energy sources in the country will also help to solve social nature problems. To be specific, this will help to create additional workplaces as well as to the preparation of professionals in a field of high technologies and renewable energy.

Nowadays, our country already has its own experience in the field of “green” energy. The mini hydro-electric power stations are already functioning in Kazakhstan. In addition, some of the wind and solar power plants are situated in Zhambyl, Almaty and Kostanay regions. Moreover, there will be the issue of country’s own large-scale wind farms in the nearest future, thanks to the cooperation between the national company Samruk-Green Energy and their German partners from KD Stahl- und Maschinenbau GmbH Company.

Kazakhstani contribution to the formation of the “energy of the future” is also quite important.  It was supported during the OSCE summit in Astana, also during the sixth Ministerial Conference of the Asia-Pacific countries, as well as at the Global Summit on Sustainable Development in Rio de Janeiro. The so called “Green Bridge” initiative will be reflected within the scale of a new international organization later in this year. The further realization of this concept, will improve the mechanisms for transfer of technology and "green" investments as well as it will strengthen the inter-regional cooperation in the field of development of environmentally friendly energy.

Finally, due to the perfectly designed application, our country won the right to host the EXPO 2017 in Astana. It is not a coincidence that the main topic of the exhibition is devoted to the energy of the future. Hosting such a big international event will benefit our country in terms of achieving a unique experience in the field of energy conservation. It is mostly because there will be some world’s latest solar, wind and water technologies presented in Astana. Yet, with the support of the leaders in the field of “green” economy, such as EU, Japan, Korea, the United States and Canada, Kazakhstan as well Central Asia will be able not only to obtain and deploy advanced technologies in the field of alternative energy, but also largely contribute to solving the problems of social and economic sphere. This will reflect as the reduction of the unemployment rate, the growth of a social well-being and more.

Thus, a new start was given to the established State. All of those tasks should not be regarded as fantastic ones. They provide a very specific prospect for the future where social security, welfare and well-being of citizens will provide for guarantees of stability and prosperity of society and the state.