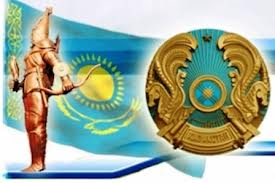 Establishment and Develop ment of Kazakhstan as a Sovereign State” was published in all major national newspapers introducing the major reforms in the state and in the society.

Materials on theme
Internal regional security threats to Kazakhstan. Part I. Traditional threats
Conscious choice of the people
Ideals of Al-Farabi: conditions and possibilities of the Kazakhstan reality
United Nations in Kazakhstan