Beginning of accession of Kazakhstan to the Russian Empire 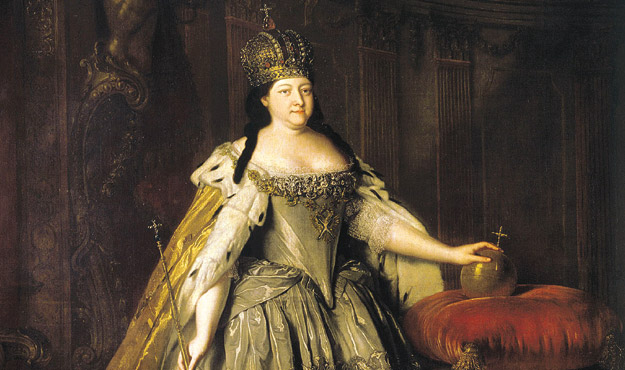 Accession of Kazakhstan which has begun in the 30th of the XVIII century, came to the end only at the end of the middle of the XIX century and was difficult and inconsistent process.

The 20th of the XVIII century for Kazakhstan became especially difficult period in its history. Never-ending wars with the neighboring tribes, especially large devastating invasion of dzhungars from the East, were a hard blow for social and economic life of Kazakhs. Complexity of foreign policy position of Kazakhs induced to look for exit ways from the created situation. In 1726 the khan of Young juz Abulkhair, foremen Sugur, Edikbay, Hadzhibay, Kulymbay, etc. sent to Russia ambassador Koybagar "to ask protection" for Kazakhs of Young juz. This embassy didn’t bring results, but Abulkhair didn’t leave his intentions and in September, 1730 again sent embassy through Ufa to Petersburg with the letter to the Russian empress Anna Ioannovna and with an oral request for citizenship and protection. On February 19, 1731 empress Anna Ioannovna signed the appointed diploma to khan Abulkhair about acceptance in the Russian citizenship of Young juz. For adoption of the corresponding oath ambassadors were sent to Kazakhstan with the diploma to khan Abulkhair led by the translator of the Commission of foreign affairs A.I.Tevkelev.

Based on Abulkhair's assurances, in Petersburg decided that the desire to enter the Russian citizenship is shared by all sultans and foremen of Young juz. However when Tevkelev arrived on October 5, 1731 to Abulkhair which was on the Irgiz river, it became clear that concerning acceptance of the Russian citizenship among a feudal top there were essential disagreements. Attempts of "opposite party" led by many biys and foremen to counteract negotiations and to exclude registration of the act of accession of Young juz to Russia failed and on October 10, 1731 the considerable part of meeting of the Kazakh foremen supported its acceptance.

Without denying an objective basis of acceptance of Young juz the Russian citizenship, it isn't necessary to not to lose sight and personal far-sighted interests of Abulkhair who, leaning on the Russian administration, hoped to weaken positions of the political opponents, to tower over the potential rivals in fight for the individual power. Unification of all Kazakh tribes and formation of the centralized state under formal protectorate of Russia was Abulkhair's main goal and his close colleagues, the most known batyrs Bukenbay, Zhanybek, Eset, etc. However and after acceptance of Young juz the Russian citizenship situation in Kazakhstan remained difficult. Threat of dhungars’ devastating invasions wasn't removed.

In the end of 1731 Abulkhair and batyr Bukenbay sent the representatives to Average juz, promising to Semeka khan to ensure, in case of acceptance of the Russian citizenship, safety of the region by means of the Russian armies.  Semeke accepted the proposal of ambassadors of Abulkhair. In 1732 the structure of Russia formally included some part of the Average juz. As the subsequent events showed, Semeke wasn't going to observe the contract with the Russian Empire and made attacks on the Bashkir and Russian citizens. Threat of Dzungaria induced influential feudal lords of the Average juz repeatedly address to Russia with a request to admit them into its structure. The request of Semeke and his supporters was satisfied with Anna Ioannovna's diploma on June 10, 1734.

On November 24, 1732 Tevkelev, having finished the mission, left in a way back from Nayzakesken natural boundary. On January 2, 1733 he arrived to Ufa together with Abulkhair's embassy sent to Petersburg. With him there was a son of Abulkhair Erala sultan, cousin of the khan sultan Niyaz, foremen Chadynbay, Hudaynazar myrza, Murzageldy batyr, Tugelbay murza, etc. As a result of negotiations in Petersburg the entry of Young juz in citizenship of Russia was issued finally.

Same time, in 1733-1734 few biys and influential sultans of South Kazakhstan expressed desire to accept Russian citizenship. The decree of empress Anna Ioannovna of June 10, 1734 testified to a consent of the government to admit the Senior juz to structure of Russia. However its remoteness from Russia, and also the intense relations with Dzungaria, murder of the Zholbarys khan in 1740, sticking to the pro-Russian orientation, for a long time removed implementation of this plan.

For fixing of positions in again annexed Kazakh lands in May, 1734 the Orenburg expedition which was headed by the chief secretary of the Senate I.K.Kirillov – Peter's I associate was organized. A.I.Tevkelev was approved as the assistant. The task of the commission included comprehensive study of the lands which were parts of Russia, investigation of natural resources, a construction of Orsk fortress, establishment of new border between Russian and Kazakh possession. Variety of reasons, and first of all revolt of Bashkirs in 1734-1738, prevented to realize the extensive plan of the Orenburg expedition. In 1735 Orenburg which was important in development of the Russian-Kazakh political and trade interrelations was founded. In connection with I.K.Kirillov's death in April, 1737 V. N. Tatischev, seeking to fix dependence of representatives of sultans and foremen of Young and Average juzes was appointed the new chief of the Orenburg edge.

Congress of representatives of foremen and sultans of Young and Average juzes which have taken place in Orenburg promoted fixing of the first results of the Russian citizenship. Abulmambet khan and Abylay sultan who was present on it, considering current situation, supported acceptance of the Russian citizenship, seeking to secure Kazakhstan against possible invasions of dhungars. The oath of group of sultans and foremen of Young and Average juzes in 1740 caused accession of only parts of the Average juz to Russia, the main regions of northeast and Central Kazakhstan became a part of the empire only in the 20-40th of the XIX century owing to military-political actions of tsarism.

The accession of Kazakhstan which has begun in the 30th of the XVIII century, came to the end only at the end of the middle of the XIX century and was difficult and inconsistent process. Accession of the Kazakh juzes had been conducting in various foreign policy and internal conditions. Accession of South Kazakhstan's and later Central Asia to Russia allowed tsarism to win in rivalry with the British Empire.

Tsarism liquidated a traditional control system by administrative and political reforms, opened ample opportunities for settling of the Kazakh edge by Russian immigrants, forcing out nomads on lands of little use. Having received the uncontrolled power over the most part of the population, Russia expanded colonizer policy almost in all spheres.

At the same time accession of Kazakhstan to Russia created conditions for economic interchange and interaction between nomads and alien population, the basis for distribution of literacy, revival of trade, inclusion of Kazakh aul to an orbit of capitalist relations of production with all that it implies was put.