Home History of Kazakhstan Alash group is under the Uzbek funds

Alash group is under the Uzbek funds 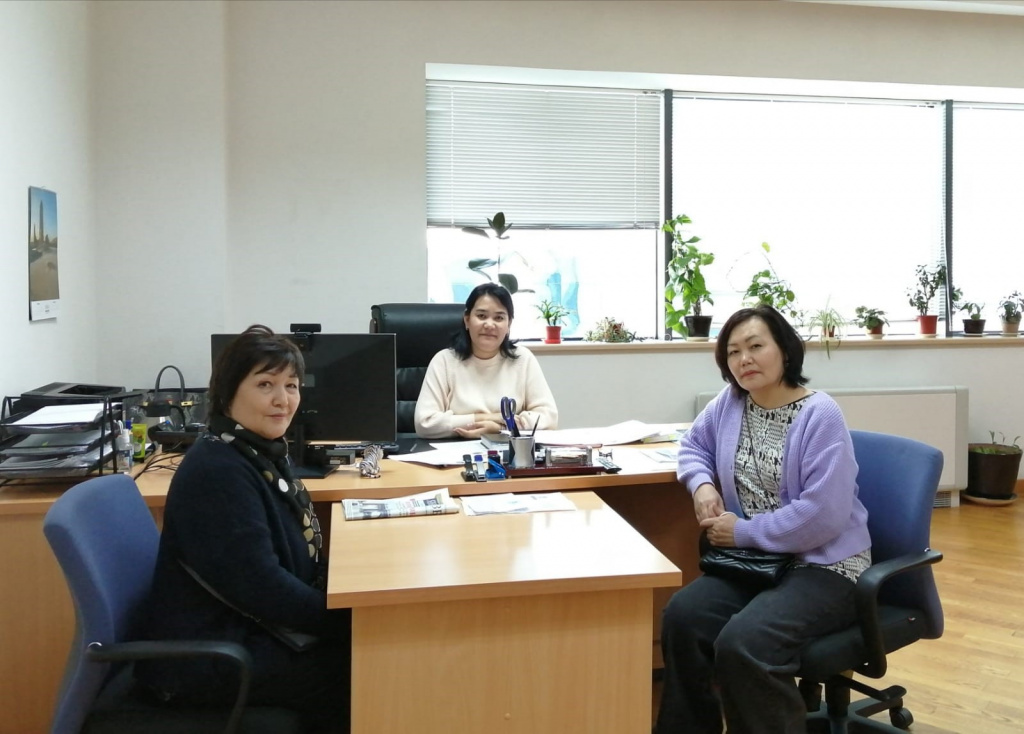 The tasks of the renewed vision of the ancient life of the Kazakh people at the present stage inspire domestic historians to search for new archival and written sources. In the current calendar year, a large-scale source of research work is planned by the Institute of History and Ethnology named after Ch.C. Valikhanov under the Committee of Science of the Ministry of Science and Education of Kazakhstan. Within the framework of the above-mentioned objective, the employees of IIE, Professor Gulnar Mukanova and Zamzagul Baizhumanova, visited Tashkent city from late February to early March 2022. They told Qazaqstan Tarihy portal about the successful sides of the research trip.

In order to carry out research work on the grant and to identify the written documents and materials, the catalogues and collections of a number of large museums and libraries of Tashkent, were examined in order to accumulate a large stock of information on the period of activity of the Alash intelligentsia.

Especially, it is interesting to note the friendly help from Uzbek colleagues. Therefore, the prospects of cooperation in terms of joint conferences and publications were discussed with the Deputy Director N.N. Khaidarova at the National Library of the Republic of Uzbekistan named after Alisher Navoi. The system and electronic catalogues were investigated in the collections of the National Library of the Republic of Uzbekistan; the print editions of 1920-1930 were in open access for the researchers. It revealed the rare publications of Smagul Sadvokasov in printed publications.

It should be noted that in the Rare Fund of this library preserved on the Arabic headset published by Alas Intelligentsia magazines “Zhas kazak” (1923-1924), “Sholpan” (1922-1923), “Zhas kairat” (1924) and the newspapers of the 1920s: “Ak Zhol” of 1920, “Enbekshil kazak” of 1923 and “Orten” of 1922. The rare materials not found on the territory of Kazakhstan have been identified: for example, the essays by Magzhan Bekenovich Zhumabayev, Akhmet Zhantelin, Faizulla Galimzhanov. Also, the poem “Orten” by Beimbet Mylin published in the youth Kazakh newspaper (published in Orenburg, in November - December 1922) and a little-known article “Changing and Reading” by Smagul Sadvokasov (1922) were revealed and translated from Cyrillic. The article “Ortenge Komek” about the youth assistance of this newspaper has been revealed as well. These are very valuable findings, that have been waiting for many years for local history experts and historians. The newspaper “Orteng” was not found in its entirety earlier, but almost all of its numbers were well preserved in Tashkent, except for one. For example, the magazine “Sholpan / Chulpan” was published in Tashkent in 1922-1923 due to the enthusiasm of Mukhtar Auezov, who would have celebrated 125 years this year.

The journals and newspapers published in Tashkent, Moscow, Kyzylorda, and Orenburg from 1920 to 1935 contained valuable information about the first Kazakh Pedagogical University and the persecution of its rectors Sadvokasov and Kabul. – “Bolshevik”, “The Truth of the East”, “The Turkestan Truth”, “For the Party”, “Izvestia Turkestan”, “The People’s Economy of Kazakhstan”, “Soviet Kyrgyzstan”, etc.

The sources for the activities of S. Sadvokasov during his term as rector of Kazakh Pedagogical University (1927-1928) were critically studied by the deduction. A system search and identification, primary classification of sources, contoured environment of S. Sadvokasov in the Tashkent period and origins of origin of the term “Sadvokasovsk region” had been carried out as well.

Within the framework of scientific cooperation with Uzbekistan, he took part and made a presentation at the International Conference "Museology in the XXI Century: research, traditions, and innovations", organized by the Academy of Sciences of the Republic of Uzbekistan and the State Museum of the History of Uzbekistan. A publication of the compendium is expected to be published. Friendly and creative contacts were established with the director of the Museum of History of the Republic of Uzbekistan, Doctor of Sciences, Professor J.H. Ismailova. She received it as a gift from the management of the museum catalogs. The draft Memorandum of Cooperation between the IIE and them was discussed. CH. Valikhanova and the State Museum of History of the Russian Academy of Sciences. We really liked the tour of the expositions at the museum, which have a rich experience of international relations.

It is definitely true that we have noted that in the expositions of the State Museum of History of Uzbekistan, as well as the State Museum of Memory of Victims of Repression in Tashkent, data and photographs of Kazakh Alash, who made an undoubted contribution to the development of education and the economy of the region, almost do not occur. This niche is to be filled through international cooperation. 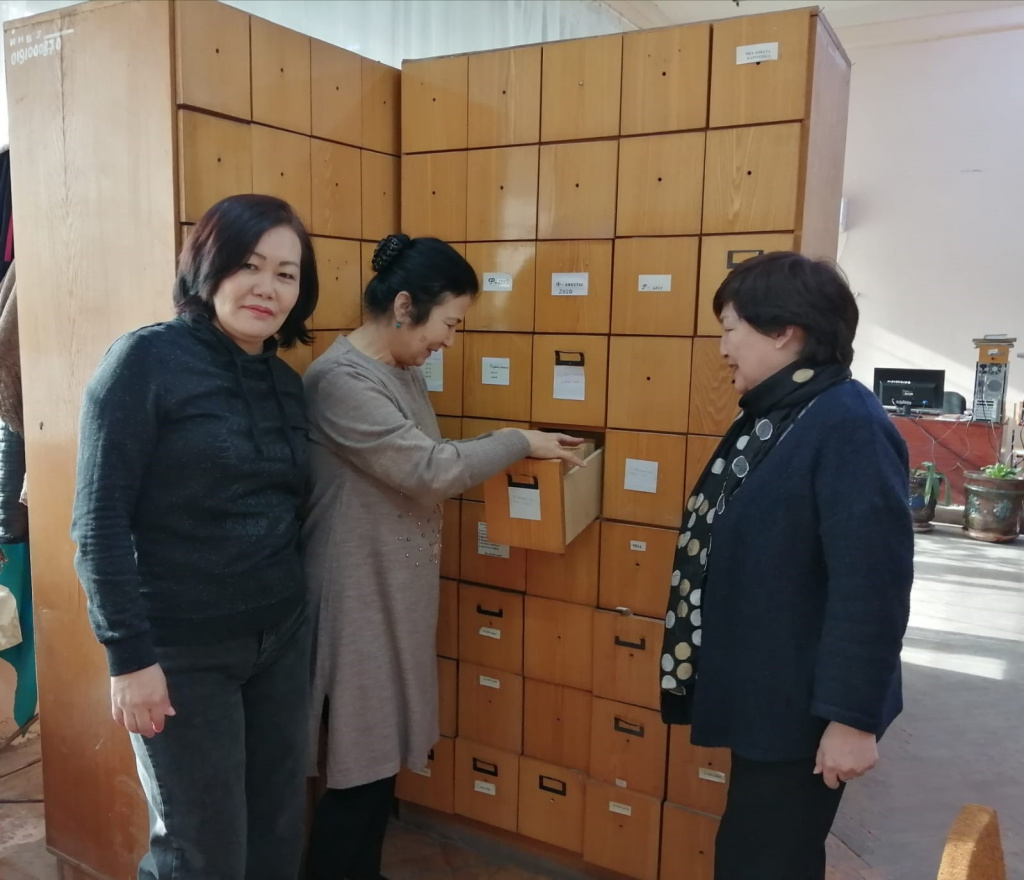 He was also able to work at the Academy of Sciences of the Republic of Uzbekistan's Scientific and Pedagogical Library and Fundamental Library. The rare books by repressed Kazakh personalities of 1920–1930 were revealed as well. We should say that we are fortunate: rare publications from the early Soviet period have been identified in the funds of the Research Institute of Oriental Studies of the Academy of Sciences of the Republic of Uzbekistan. We made scanned copies of books like “Kozy-Korpesh and Bayan-Sulu”, “Collection of Turkestan Oriental Institute” (Tashkent, 1923), “Materials for the bibliography on ethnography and anthropology of Kazakhstan” (L., 1927), and others. In particular, the reference to the unknown article by A.N. Bukeikhanov was revealed in 1903.

During our stay in the capital of Uzbekistan, we planned to meet with the descendants of Alash, and our dream came true. On March 8, 2022, we visited the 85-year-old Rosa Faizullayevna, daughter of Faizulla Galimzhanov. Faizullah Galimzhanov, educator, activist Alash, employee of the newspaper "Kazak", friend of Magzhan Zhumabayev and Mukhtar Auezov, was arrested in 1937 and sentenced to 10 years for “Counter-revolutionary activity”. Rosa Faizullayevna, with great interest, asked about her father’s homeland, because in 1937 (after the sudden arrest of her father, at that time associate professor of KazSU, currently a professor of KazNPU named after Abai), she had to leave at the age of 10 months. They were naked in Uzbekistan, and they are still there. Rosa Faizullayevna is the only one of six children from Faizulla Galimzhanovich. Senior aunty Rosa was a chemist by profession and had worked for many years in the system of the Academy of Sciences of the Republic of Uzbekistan. She shared her memories with us about her parents and showed us some family photos. It was touching to hear from her at the end: “Kazakhstan-hello!” A fortitude of this fragile-looking woman is truly amazing... A strong character is probably inherited from the mother in memory of friends of the spouse, who always remembered his widow Kuralay, and named her great-grandsons like Faizulla, Magzhan, Mukhtar… Such an indelible memory and the counting of generations!

We would like to express our gratitude to the director of the Institute of History and Ethnology named after C.C. Valikhanov, the Professor Z.E. Kabuldinov for the high organization of our trip. We maintained an information relationship with a well-known specialist on the history of Uzbekistan of the Soviet period, the Professor Z.R. Ishankhojaeva (National University of the Republic of Uzbekistan named after Mirzo Ulukbek) with the representatives of the Kazakh diaspora in Tashkent and the Chirchik group within the Kazakh National and Cultural Center and foreign branches of the International Society “Kazak Language”. Now, we have to process the found materials and generalize them into scientific articles and monographs.

Use of materials for publication, commercial use, or distribution requires written or oral permission from the Board of Editors or the author. Hyperlink to Qazaqstan tarihy portal is necessary. All rights reserved by the Law RK “On author’s rights and related rights”. To request authorization email to mail@e-history.kz or call to 8 (7172) 57 60 13 (in - 1163)
Қазақша Русский English
MOST READ
Month Year
Recorded history of Kazakhstan. Part 2
Heroic mothers of the great steppe
How had the World War II been started?
Philosophy of the Emblem
14 monuments at Tekturmas
The rural akims: the country's hope is in the elections
Kazakh historical drama Tomiris premiered in Istanbul
Stolypin about the worries and hopes of immigrants to the Kazakh steppes
ALASH IDEA IS THE PROTECTION OF KAZAKH STATEHOOD
A tireless explorer of the Kazakh land
SWITCHING TO THE LATIN ALPHABET – UNITE ALL KAZAKH PEOPLE
Kunaev Dinmukhamed Akhmedovich
People who eat horses will kill you
Materials on theme
Socio-political problems of Kazakh language and ethno-cultural symbolism of Kazakhstan
Criteria of allocation of qualification characteristics of middle class
Ethno-confessional harmony as a factor of stable development in Kazakhstan
Ethnocultural processes in Kazakhstan: history and present