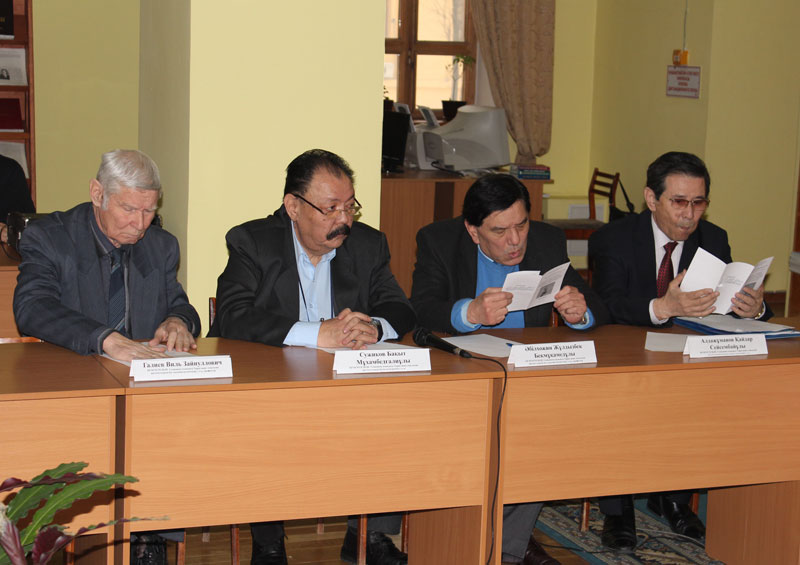 In recent years in historiographic tradition the aspiration to expansion of the analytical baggage was outlined in a context of a universal tendency of "globalization" of history.

In recent years in historiographic tradition the aspiration to expansion of the analytical baggage was outlined in a context of a universal tendency of "globalization" of history. It convincingly showed process of unification and search of uniform regularities in annals of the certain countries which enrich and supplement the national directions of historical researches.

The geographical and social space of historical science far leaves today out of national and continental limits. This process goes on the principles of an ascension from ethnic identity, as fundamental principles of genesis of a civilization, through a regional perspective to concept of "a modern world history".

Similar approaches focus on the new historical analysis which is beyond the standard starting positions.

The research perspective of Department considering history of Kazakhstan within the integration theory of "a new evraziystvo", RK put forward by the President N.A.Nazarbayev, provides a complex of essentially new research development which are joint thematically, according to approaches to the global historical analysis. It is caused by two moments: first, with crash of the communistic block the ideological context changed and the need for patriotically focused history decreased, secondly, development of the international communication networks facilitated a direct exchange of opinions between historians of the various countries and made problematic ideologically caused vision of the past.

This approach allows to formulate analytical tasks facing the Kazakhstan historical science, namely: to come nearer, using methods of interpretation and the comparative analysis, to understanding of alternative ways and trajectories of historical development. It opens also prospects of overcoming of traditional myths about national exclusiveness and possibility of an exit to new understanding of the world as the communicative network incorporating and binding different societies and their stories when on the basis of a domestic historiography there are possible the large-scale historical narrations leaving a scope for alternative and plurality of historical cultures and ways of their development.

Implementation of research work is carried out on the basis of functional duties and a production activity of Department of a historiography and IIE MON RK source study, and also realization of orders of executive bodies of the Republic. Practical embodiment of NIR received in a number of publications, participation in scientific and practical and scientific-theoretical conferences and seminars, preparation of scientific research opinions and examinations, manuals.

BLOCK 1. "Social and economic and political development of Kazakhstan in 1991-2001: analysis of a historiography and problems of development of historical knowledge. Domestic and foreign literature".

BLOCK 2. "Kochevnikovedeniye during the Post-Soviet period: traditions and development tendencies".

BLOCK 3. "Transformation of traditional socio-political system of nomadny society in the conditions of modernization: innovative approaches and interpretations".

Expected results will find the embodiment in monographs, series of scientific articles, textbooks and manuals, the academic transfers of foreign authors, scientific state-of-the-art reviews and bibliographic indexes. It is planned that the printed materials will be issued not only on papers, but also in an electronic format. In addition, for the purpose of an intensification of interactive communication between scientific institutions creation of the WEB SITE of Institute of history and HAH MOH RK ethnology, on the basis of the editions being its intellectual property is carried out.

Use of materials for publication, commercial use, or distribution requires written or oral permission from the Board of Editors or the author. Hyperlink to Qazaqstan tarihy portal is necessary. All rights reserved by the Law RK “On author’s rights and related rights”. To request authorization email to mail@e-history.kz or call to 8 (7172) 57 60 13 (in - 1163)
Қазақша Русский English
MOST READ
Month Year
Recorded history of Kazakhstan. Part 2
Heroic mothers of the great steppe
How had the World War II been started?
Philosophy of the Emblem
14 monuments at Tekturmas
The rural akims: the country's hope is in the elections
Kazakh historical drama Tomiris premiered in Istanbul
Stolypin about the worries and hopes of immigrants to the Kazakh steppes
ALASH IDEA IS THE PROTECTION OF KAZAKH STATEHOOD
A tireless explorer of the Kazakh land
SWITCHING TO THE LATIN ALPHABET – UNITE ALL KAZAKH PEOPLE
Kunaev Dinmukhamed Akhmedovich
People who eat horses will kill you
Materials on theme
"Central Asia: person, society, state"
We are faced by big tasks
Some questions of migratory policy of the period of the Soviet Kazakhstan: sources and consequences
On the scientific articles published in the "People in a History Stream" appendix to the Republican political magazine "Mysl"