The museum of rare books

Over a period of two years, the Museum of Rare Books at Gylym Ordasy has acquired a unique collection. Hundreds of rare manuscripts, books, and printing plates were donated to the museum from the Central Scientifi c Libraryof the Republic of Kazakhstan and further literary materials were gifted from the Baytursynov Institute of Linguistics and other private collections.

The museum collection contains more than 500 rare books and manuscripts from the 18th century to the 1940s. There are antique manuscripts from Kazakhstan and abroad and early printed books in Arabic, Latin, and Cyrillic fonts, all of which have historical, cultural, and scientifi c signifi cance.

The goal of the museum is to instil love and respect for books - the monuments of spiritual culture of all time - by showing the history of the development of writing and publishing from the first manuscripts to the present day technology of publishing.

The museum houses the permanent exhibition “Treasures from the past” which contains early printed books, fi rst editions of books, manuscripts by prominent public fi gures and other literary materials of historic value. The collections of scientifi c books written by scientists of anthropology, literature and the history of the Kazakh people and the lifetime editions of famous writers of the 18th-19 th centuries are also presented in the exhibition.

The museum exhibition is divided into four theme groups: “The ancient written heritage of the Kazakh steppe;” “A manuscript is a legacy of centuries;” “Early publications of Kazakhstan;” and “The written and printed treasures of Kazakhstan.”

In order to illustrate the importance of manuscripts to historical, linguistic, and ethnographic science, as well as to acquaint museum visitors with Kazakh manuscript tradition, the section devoted to the thematic group, “A manuscript is a legacy of centuries,” presents a collection of handwritten poems by Abay Kunanbayev, Shakarim Kudayberdyev, Mashhur Zhusup Kopeyev, Birzhan Koramysuly, Baluan Sholak and others. Among the rare manuscripts and books, there is a unique manuscript, “Divan Hakmet” (The Book of Wisdom) by Khoja Akhmet Yassawi in the museum exhibition. Yassawi was a Turkic poet and Sufi , an early mystic who exerted a powerful influence on the development of mystical orders throughout the Turkic-speaking world. Unlike other eastern writers preaching Islam, Yassawi wrote his works in the Turkic language - the most accessible to local people at the time. In his writings he always used Kipchak proverbs and sayings. Divan Hakmet is a collection of poems which is highly valued and studied around the world. In the 19th century this book was frequently published in Istanbul, Tashkent, and Kazan.

The fi rst printed materials in Kazakhstan are presented in the “Written and printed treasures of Kazakhstan” section of the exhibition.

The exhibition reveals the background and historical context of the national print media and the history of the first national newspapers.

In 1870, the first issue of Turkestanskie Vedomosti (The Turkestan Gazette) was published in Tashkent and became a fundamental source of history, ethnography, and culture for the peoples of the Turkestan region. The unofficial section of the paper contained information about the geography, history, 7 ethnography, and statistics of the Turkestan region, including studies of the region and its populations from the perspectives of history, ethnography, and natural history. It was here that notes and articles on the learned life of Turkestan could be found: the work of local scientifi c societies, expeditions, scientific publishers, and so on. Turkestanskie Vedomosti is considered nowadays a bibliographical rarity and is on the wish list of many major libraries worldwide. At present only four sets are known to be in existence, in varying states of completeness and condition. One of the incomplete sets (1870-78, 1883-87, 1894, 1989, and 1916-17) is on display in the museum exhibition. Today, the Turkestanskie Vedomosti is a unique source for the study of the historical past of Turkestan and its peoples,their daily life, art, habits and traditions, and the historical links with neighbouring countries.

Museum visitors can also see a set of issues of “Dala ualayatynyn gazety” – the annex to “Аkmola vedomosti” (The Akmola Gazette) which was published in Orenburg from 1888 to 1902. After 1894, the newspaper was published in Kazakh language and later it was published in Russian under the new name, “The Kyrgyz steppe newspaper.” The members of the editorial board were Eshmukhamed Ablaikhanov, Dinmkhamed Sultangasin and Rakhimzhan Duisenbayev. The newspaper published the orders and decrees of the tsar’s government and local government. The issues consisted of two parts, one a formal, one informal. In the informal part the reader could find articles and information about the life of local Kazakh people. A lot of articles were devoted to the literary work of writers and akyns (improvising poets and singers in the Kazakh and Kyrgyz cultures). Work by such well-known writers as Grigory Potanin, Nikolay Yadrintsev and Leopold Chermak were published and outstanding Kazakh poets, writers and specialists in folklore, such as Kopeyev, Adykov, Babazhanov, Divayev and others, published their first articles in this newspaper.

The museum conducts jubilee and themed exhibitions and provides guided tours and themed excursions around the museum and the exhibitions. The museum staff provides lectures and consultations for school pupils and students of higher educational institutions. 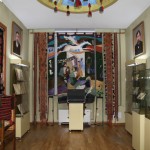 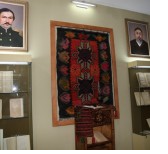 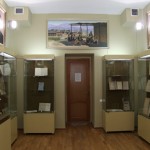 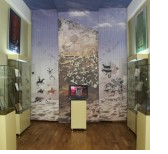 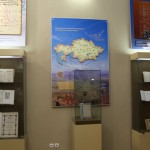 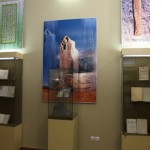 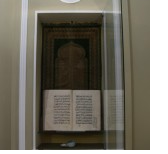 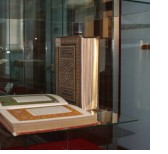 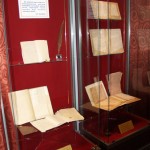 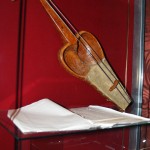 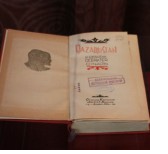 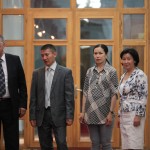