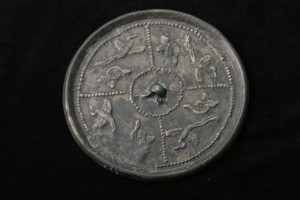 About the Sarmat period bronze mirrors from the collection of the Museum of Archeology of the «Gylym Ordasy» RSE. Mirror was not only a luxury good, it was considered to be an object with magical powe