Was named for the title of the two main monuments: the complex Sargary (Akmola region). Alekseevskoe and settlements ( Law and justice.). Of this culture are on the territory of Kazakhstan and the Russian steppe in the Altai. An essential component of their equipment were clay vessels, decorated on the neck of the molded or shaped roller. Know of at least two hundred villages (ie , Sargary , Alekseevskoe , Sadchikovskoe , Atasu I, Myrzhyk , Taldysay , Bougoula II, Kopa I) and about 40 burials (eg Sargary , Karatugay , Aktoprak ) of that culture.

In many settlements ( Atasu I, Taldysay ) are signs of its own bronze casting - furnaces for smelting copper slag molds . In general farm population of Late period is characterized as predominantly pastoral , yaylazhnoy orientation.

According to the most striking burial grounds of Late culture of the population of central Kazakhstan was named Begazy - Dandybay . Both the burial ground , which gave the name of culture, are in the Karaganda region ( burial Dandybai currently flooded reservoir ) . At the cemetery was excavated Begazy ambitious for the time structure , called mausoleums . They are a rectangular room whose walls are built of massive blocks of stone and decorated with huge stone slabs , which preserved to the present height of 2 m Unfortunately , they plundered in antiquity , but the remains of inventory ( bronze ware and very carefully made ceramic vessels ) say that they were buried men of high social rank . Currently , more than half a century after the excavation work on the mausoleums burial Begazy , carried out restoration work.

At present, one of the most important issues of concern archeology of Late -century Kazakhstan is the ratio of these two cultural entities . Along with the recognition of their coexistence, developing the concept of existence in most of Kazakhstan's one - Begazy Dandybay culture , which has had an impact on many of the neighboring tribes of Siberia and South Urals. Large stone mausoleums, according to this view , are the burial grounds of the rulers ( chiefs) of local tribal units , which serve large populations proto- type (Kent, Bougoula -1 and others) and small burial and settlement belonged to ordinary people.

The largest monument of the time, a settlement with sargarinskoy ceramics Kent (Karaganda region). , Occupying an area of ​​30 hectares and is claiming the status of the ancient city. 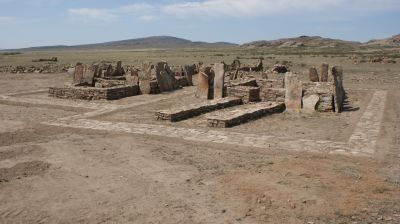 The reference site is the settlement of Donegal (Karaganda region)., Pottery which was spun off as a separate type ( dongalsky ), combining the features of sargarinsko - Alexeyev dishes with features that were developed in the subsequent Iron Age .

Dwellings that time reduced in size and have a clearly defined common architectural features - walls made of stone slabs, the presence of a stone hearth bars and exit in the form of  "L" - shaped corridor. Formation of monuments dongalskogo type was associated with changes in the system of economic activity - the transition to a mobile nomadic pastoralism , which subsequently changed the whole complexion of culture and determined the course of three millennia of historical processes in the Eurasian steppe zone . 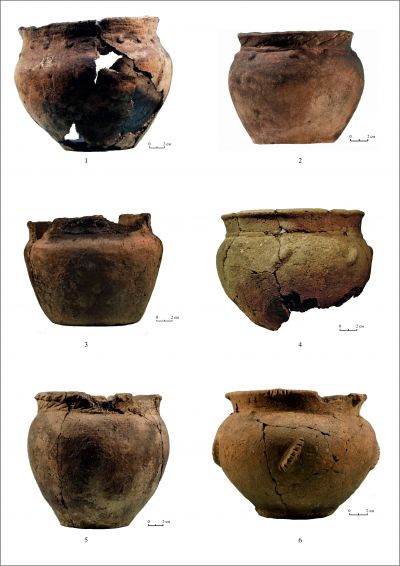