Beginning of the II millennium BC — beginning of the VIII century BC — ore production in the Central Kazakhstan. Emergence of nomadic cattle breeding. Matriarchy crash. Andronov culture — worship to the sky, the sun, fire. 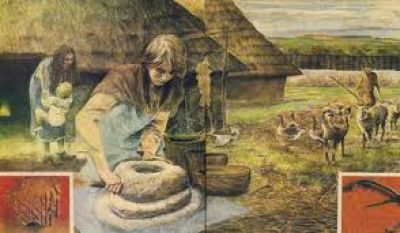 Alakul culture dates back to the XV-XIII centuries . BC Geographically, it has spread all over Kazakhstan , with the exception of its eastern provinces. Material culture alakultsev grown on the basis of Peter's tribal culture , which manifested itself in ceramics , clothing inventory , architecture, burial rites . The most famous settlements - Alekseevskoe , Hepatica II, Yavlenka I, Petrovka I ( North Kazakhstan ) Atasu I ( Central Kazakhstan ) . Grave pits in the cemeteries of Northern Kazakhstan (tombs Hepatica , Alexis , Stud Farm , Amangeldi I and others) are under the mound of earth, stone-rings at the base . In Central Kazakhstan (tombs Maytan , Copa , Nurken Bozingen etc.) burial mounds are found sporadically - fixed fence in the form of rings set on the edge of the plate , dug into the groove. The deceased was placed in a box made of stone slabs , mainly on the left or right side, in a crouched position with wrists in the face . This posture was buried attached resemblance to pose the baby in the womb of the mother, in this case, the womb of Mother Earth . Before some of the graves in which to bury members of the privileged group of soldiers , chariots , horses, put a couple in the pose of a gallop , symbolizing the chariot harness . In one of the graves cemetery rannealakulskogo Aschisu (Karaganda region) was found a unique site for Eurasian steppe copper vessel , indicating the extremely high level of metal alakultsev .

Alakul culture, which was the basis for the material culture of Petrovac , marks a time of stable development Andronov society. Gets the further development of ranching , farming an agricultural focus , develop bronze casting , weaving , pottery and other homemade crafts . 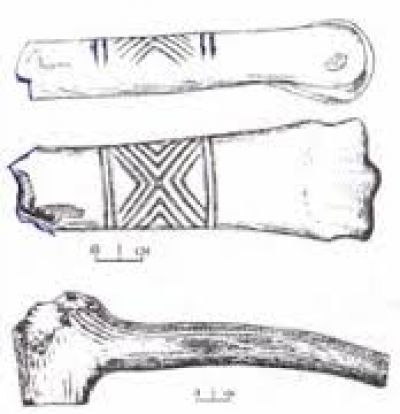 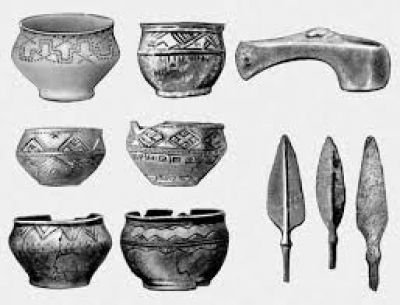 Bones of domestic animals , the development of domestic crafts such as pottery, weaving, bone carving business, jewelry making , weapons and tools of bronze, making chariots - all evidence statements producing economy . There was a complex ranching , agricultural economy which is based on pastoral animal husbandry. 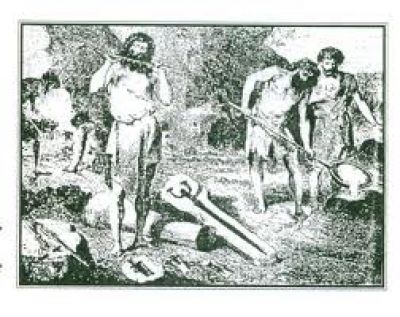 There was a time (XV-XIII centuries . BCE) and, together with Alakul . The area of its distribution in addition to Kazakhstan catches the Southern Urals and Western Siberia , and in every region of the monuments exhibit distinctive originality.

Tsentralnokazahstansky version of Fedorov's culture was named in his time Nura . Fedorov vessels unlike Alakul have a smooth profile and more complex geometric patterns .

In the steppes of Central Kazakhstan is known for one and half a dozen sites, including the settlement of Ust- Kenetayev , Ikpen I, Mayorovka , Enthusiast II; burial Bougoula I, Balykty , Akimbekov , Alpymsa , Shoindykol . Marked by two trends in housing construction : the construction of a small frame ground buildings and construction of large rectangular structures poluzemlyanochnogo type.

At burial sites found in the burial mounds and fences from slabs laid flat or dug vertically . The most characteristic features are the cremation burial rites and the construction of cysts - the construction of the perimeter walls of the tomb of stone slabs laid flat . Burials are always accompanied by one or two of the vessel , clothing inventory is not put in all the graves . The small number of grave goods Fedorovtsev due to factors likely to reflect the specifics of the funeral ritual.

On the development of the social structure Fedorovtsev evidenced by a number of burial sites with significant size and complex structure ( burial Aksu Ayuly -2 in the Karaganda region). There is no doubt that the construction experience of Fedorov artists formed the basis of the architecture of the next era . 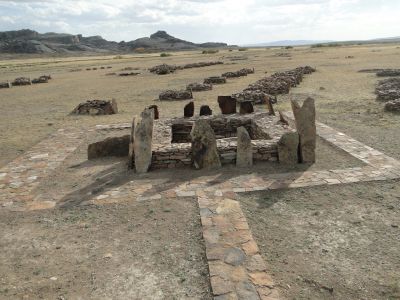