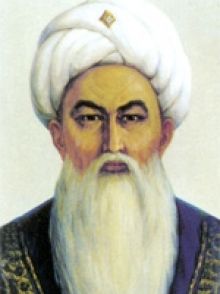 Kazakh public figure, Bi of the Great Zhuz, one of the authors of the Laws named "Zhety Zhargy" ("Seven laws"), orator and poet.

TOLE BI Alibekuly (1663 — 1756) was a bi of the Great Zhuz, statesman, orator and advisor to Tayke Khan. According to historical records, he was born in 1663 at a summer pasture (today Zhaysan pasture) near the Shu River, Zhambyl region. The date of his death varies in different sources. Most of them mention 1756.

He played a truly historic role at the junction of two centuries filled with momentous events for the people. One period of his life was associated with the era of Khan Tauke, when peace and tranquillity reigned in Kazakh society. Another, more significant part of Tole-bi’s life came during hard times, when the existence of over 1.5 million Kazakhs was under threat from Junggar aggression and proximity to major powers. Tole-bi’s legend has spread from Kazakhstan to its neighbours Russia, China, Mongolia, Iran, Uzbekistan and Kyrgyzstan. When on June 10, 1734, Russian Empress Anna Ioanovna sent a response to Khan Zholbarys about joining Russia, she acknowledged Tole-bi as an influential person of the Great Zhuz (an alliance of Kazakh nomadic tribes; one of three in Kazakhstan).