Home News Borte. Behind every great man there is a great woman

Borte. Behind every great man there is a great woman 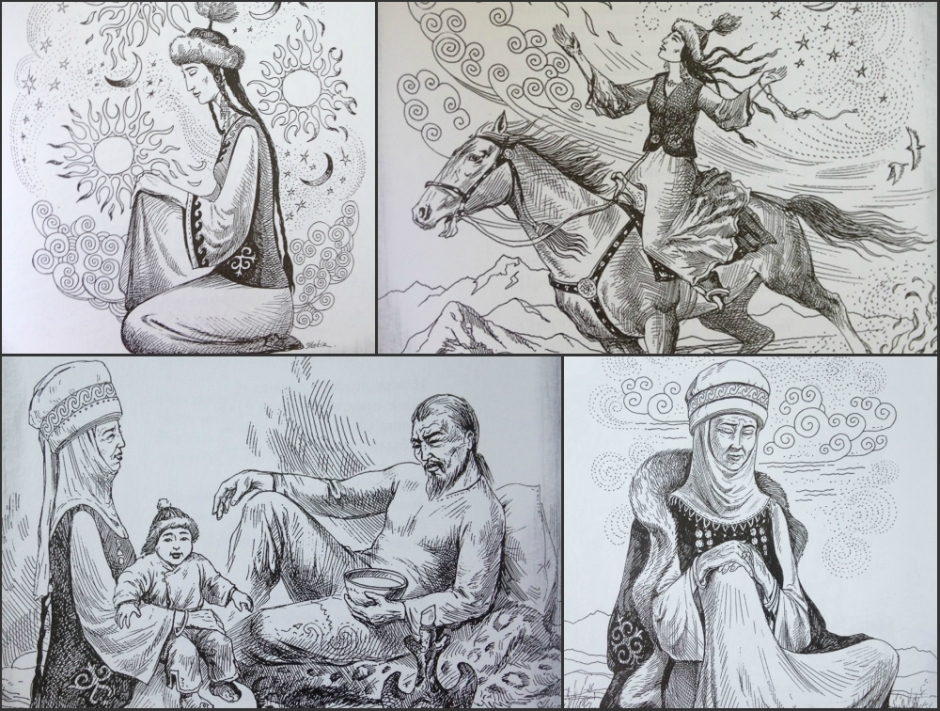 A representative of the Konyrat, a Kazakh tribe, she was a guiding star, anchor and the most loyal friend of her powerful husband. Don’t people say that Eastern women shouldn’t intervene in the affairs of men? Let’s start with the fact that nowadays we consider "Eastern women" to be members of the Muslim Ummah. But in the 12th century Mongolian women and Genghis Khan’s contemporaries raised cattle, rode horses and shot arrows on equal footing with men. For example, Genghis Khan’s mother Oelun was known as "mergen" that means "good archer". Under the ancient norms of nomadic tribes, rulers had numerous wives and concubines. However, as a rule, the first one always had a special role. Borte was the first wife of Genghis Khan and the great military commander took her advice through all his life. That is a point of history. And they were Borte’s sons, Dzhuchi, Chagatai, Ogedei and Tului, who inherited the greatest empire in human history — Empire of Genghis Khan. Their direct descendants Zhanibek and Kerei established the Kazakh Khanate. Borte obtained the fulfilment of her will thanks to her prudence and intellect.

History chronicles say that, in accordance with tribal customs by written agreement of the parents, Borte, a daughter of the Konyrat leader Dai-Sechen, and Temujin (later Genghis Khan), a son of Yesugei from the Kiyat-Bordzhigin family, were engaged at the age of ten. Temujin lost his father in early ages at an early age, but despite all odds he managed to marry Borte within the required time frame. She always supported Temujin whether during troubled years when his tribe members, friends and relatives turned against him or when he achieved the first victories over enemies and became the leader of the Mongol Ulus.

There is no detailed information concerning Borte’s personality and destiny. That is understandable because in nomadic society a woman had the status of a continuer of the human kind, mother and guardian of the hearth at home. She completely depended on the will of her father, elder brothers and, later, a husband who even wasn’t her own choice. Some resources describe Borte as a beautiful woman and wise Khansha who wear a white silk dress and golden coins in her hair, hold a white lamb in her hands and ride a white horse. Her real name is Borte-Fujin or Borte-Ujin. In Mongolian "Borte-Ujin" means "mistress". 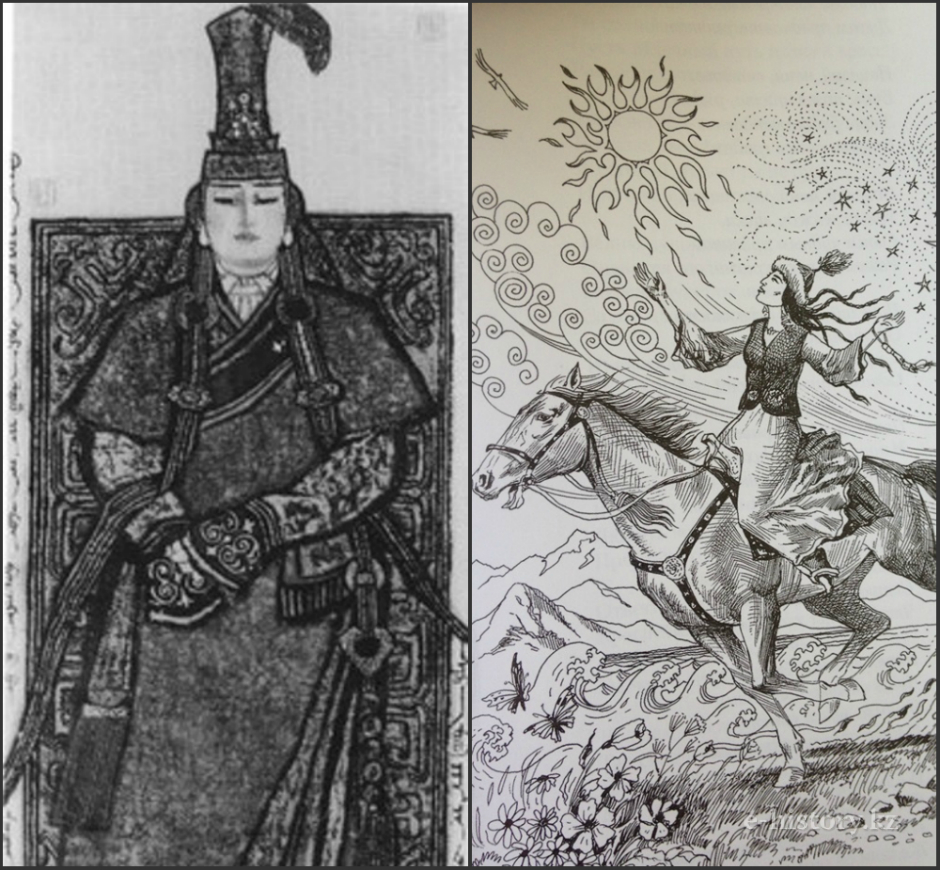 We don’t know whether Temujin loved Borte or not. But during their long life Borte remained the first and senior wife of Genghis Khan, and he always deeply respected her. Borte was an important person in the life of the Emperor, and he appreciated her more than his other women. No one man or woman from Temujin circle was glorified more than Borte. She always remained a highly respected woman and contributed to triumphs of the conqueror of the world. 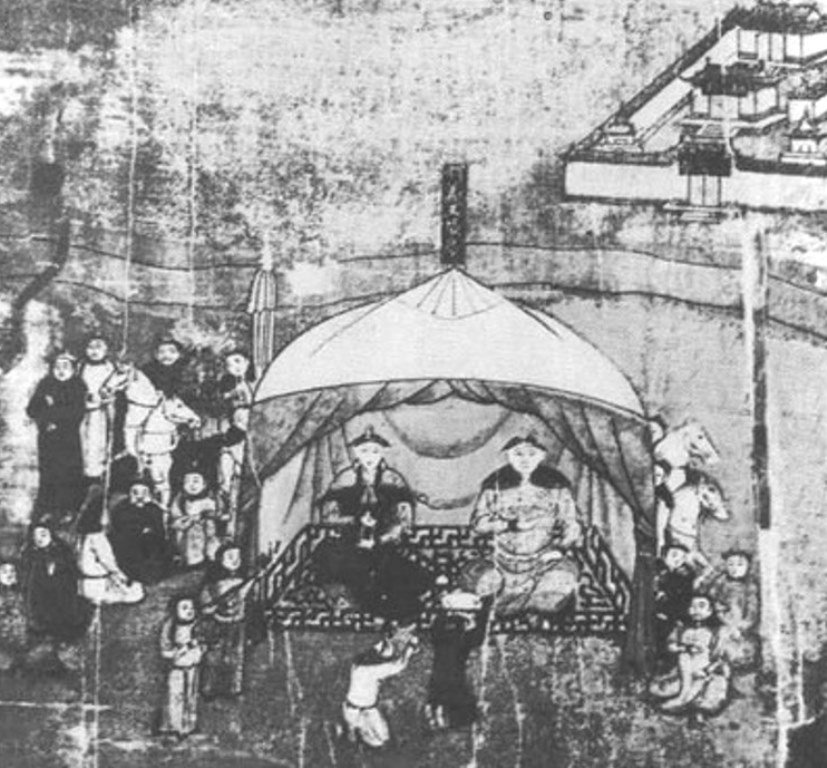 Borte played a significant role in the life of the Mongolian Emperor. First of all, she gave birth to four Genghis Khan’s sons, and that was very important for each Mongolian man in the Middle Ages. Moreover, she was Genghis Khan’s advisor and he took her wise advice. In crucial moments, Borte’s recommendations helped the future emperor to make a right decision. Borte was a person who advised her husband to separate from Jamukha when Mongolian tribes sought to unify. Both Jamukha and Temujin tried to use the situation. It was just a question of getting more benefit from this. Borte had realised this and Temujin followed her advice and thereby saved his life. This means that Borte, as we assert, had the influence on Mongolian policy and played a significant role in Temujin’s growth into Genghis Khan. 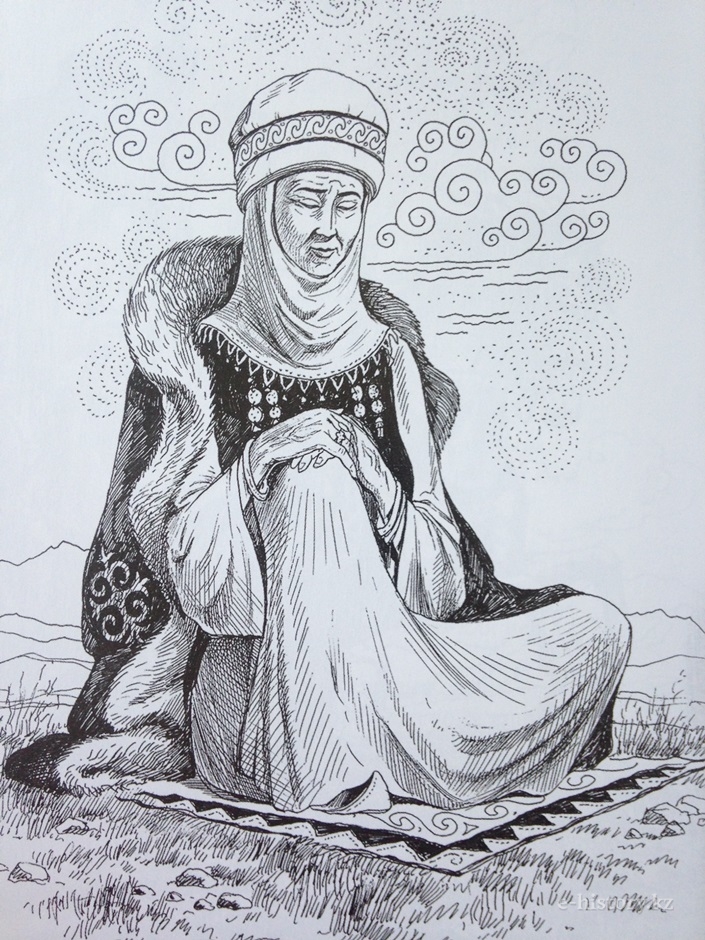 Borte managed to become not just a wife and mother but a wise advisor and "voice of reason" of Genghis Khan. She raised four sons and remained Genghis Khan’s senior wife. Borte’s life is great and tragic. She had to see the death of her husband and the first son.

Use of materials for publication, commercial use, or distribution requires written or oral permission from the Board of Editors or the author. Hyperlink to Qazaqstan tarihy portal is necessary. All rights reserved by the Law RK “On author’s rights and related rights”. To request authorization email to mail@e-history.kz or call to 8 (7172) 57 60 13 (in - 1163)
Қазақша Русский English
MOST READ
Week Month Year
Living for the Kyrgyz account
Living for the Kyrgyz account
History of Wusun State and Yuezhi tribe Images of Women in the Works of Qazaq Poets-Zhyrau THE GREAT SON OF THE GREAT STEPPE What was the composition of the country’s Supreme Soviet of the XII Congress Ydyrys Mustambayev. Defender of Abai and Magzhan Abdurakhman Aitiyev and his struggle Where did Tengriism come from? Online documentaries Armenians and their kinship with the Kazakh people Today is Kazakhstan Police Day Nurmukhan Zhanturin. Actor who played himself Aytys between Suyunbay and Katagan