Home News Valuable relics as a gift to the National Museum

Valuable relics as a gift to the National Museum 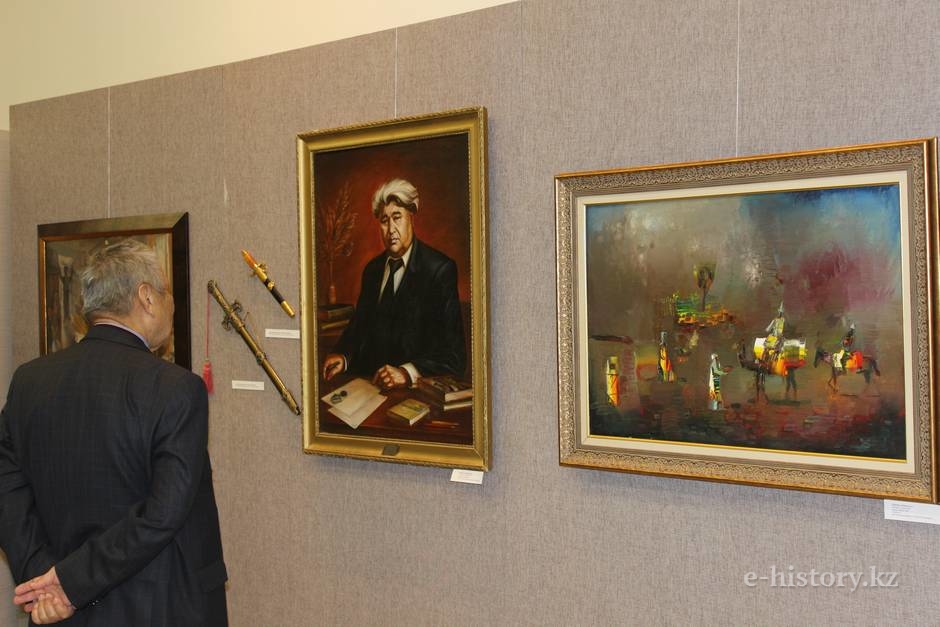 Relatives of Kazakhstan prominent figures have supported the campaign “Gift to the National Museum”.

The museum staff organised an exhibition to show the relics presented to the museum. The Deputy Prime Minister Berdibek Saparbaev was impressed by the generosity of people and expressed the hope that this noble initiative will be supported by the citizens in all regions of our country.

Descendants of the prominent Kazakhstan figures have donated to the museum truly priceless family relics.

For example, the daughter of the famous Kazakh writer Zhumeken Nazhimedenov has presented to the museum collections her father’s belongings, including jacket, briefcase, cigarette-case, manuscripts, and the notebook. The children of the outstanding statesman of Kazakhstan Zhumabek Tashenev have enriched the exposition of the main museum of the republic with family archival photographs, clothing and awards of their father. Gulzhakhan, the daughter of the Hero of the Soviet Union and famous commander of the partisan unit Kasym Kaysenov, has donated to the National museum the sabre and portrait of the legendary warrior. 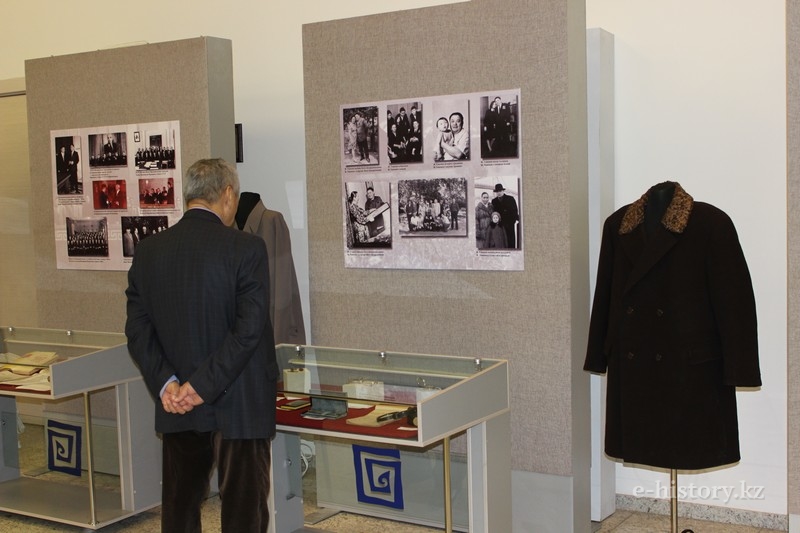 Bakhytzhan, the son of the akyn (improvising poet) and composer Kenen Azerbayev, has donated to the museum the dombra and belt presented to his father by Zhambyl Zhabayev. Moreover, the visitors of the museum will have an opportunity to see the rarest photos of the great musician, as well as his chapan (jacket), hat, Koran, rosary, fan, rattle and walking stick made by Kenen Azerbayev. 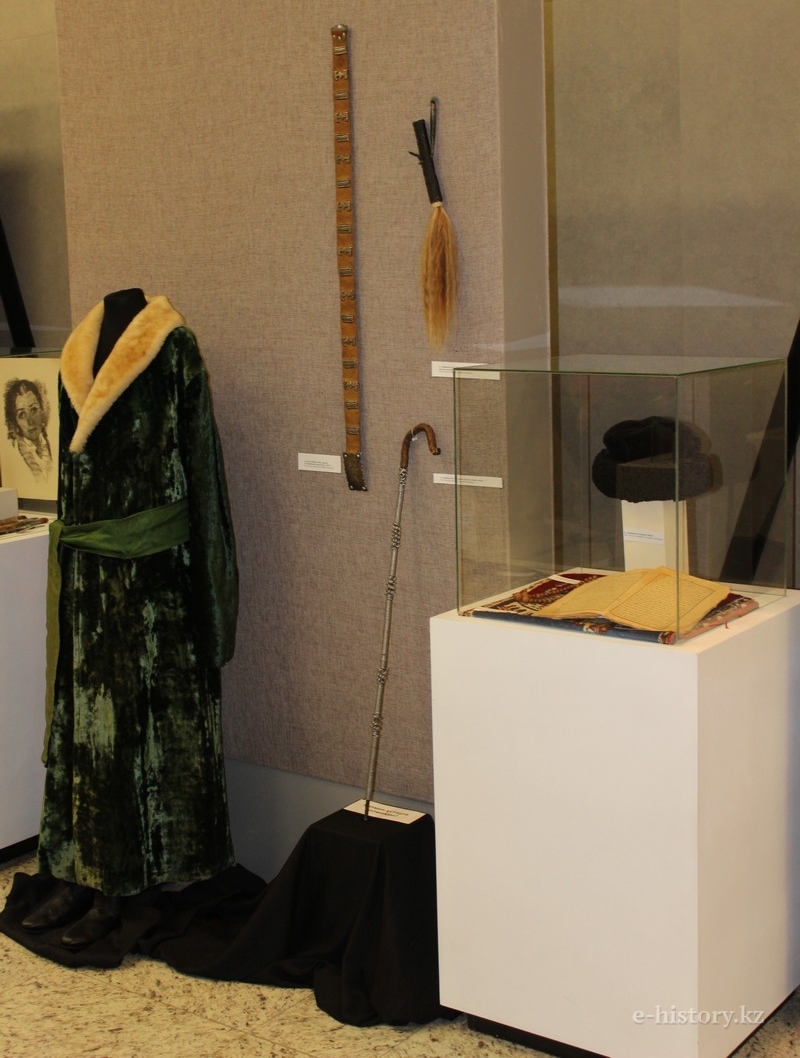 Vadim Sidorkin, the son of the talented Kazakhstan artists Gulfayrus Ismailova and Vadim Sidorkin, has donated to the museum the most valuable object. He has presented a portrait of his beautiful mother made by his father. 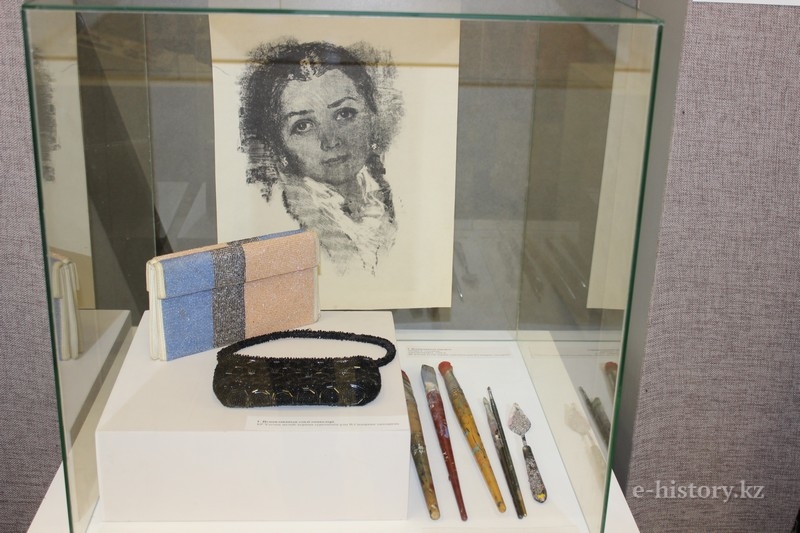 Kazakhstan sportsmen have also supported the campaign. The world champion in boxing Serik Sapiev gave to the museum boxing gloves with his autograph. Zhaksylyk Ushkempirov, wrestler and Olympic champion has presented the organisers of the campaign his costume made for the 22nd Olympic Games and Golden Medal which he won there and his medals "World Champion", "European Champion" and "Champion of the Soviet Union". 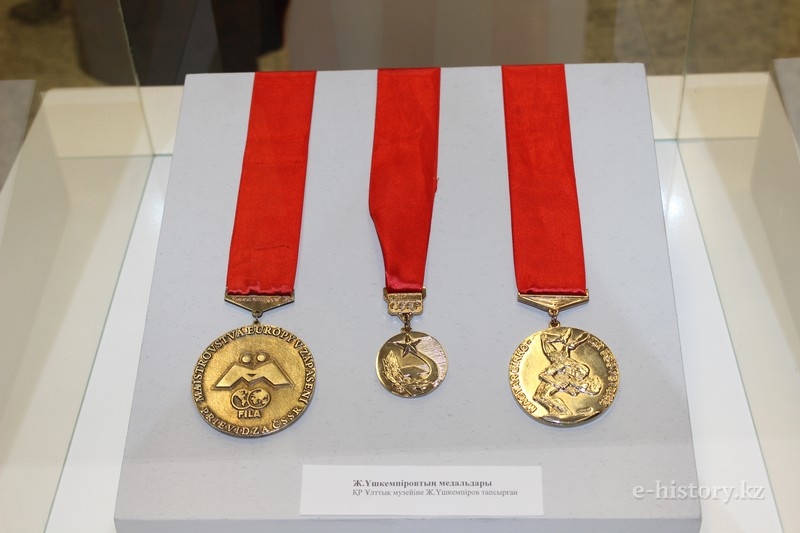 The initiative was supported by the cultural centres of the capital. Now you can see various national costumes in the museum, including Russian, Belarusian, Chechen and Kurdish.

The Director of the National Museum of the Republic of Kazakhstan has thanked all participants of the campaign.

— We have set a target of preserving the national historical and cultural heritage to make it a property of our republic, — Darkhan Mynbay noted. 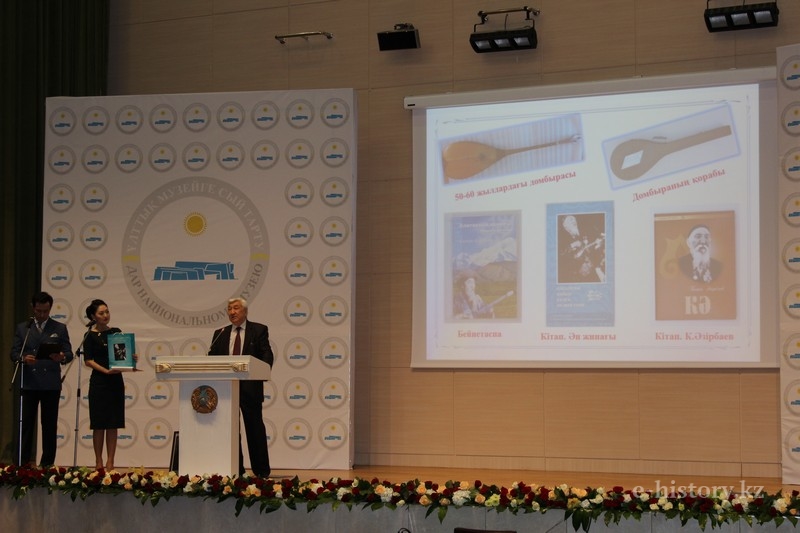 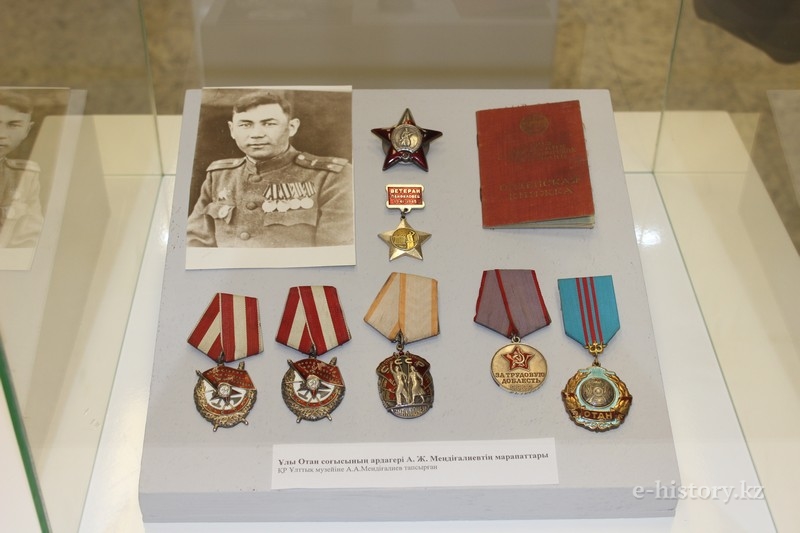 Orders of the Hero of the Soviet Union of A. Mendygaliev 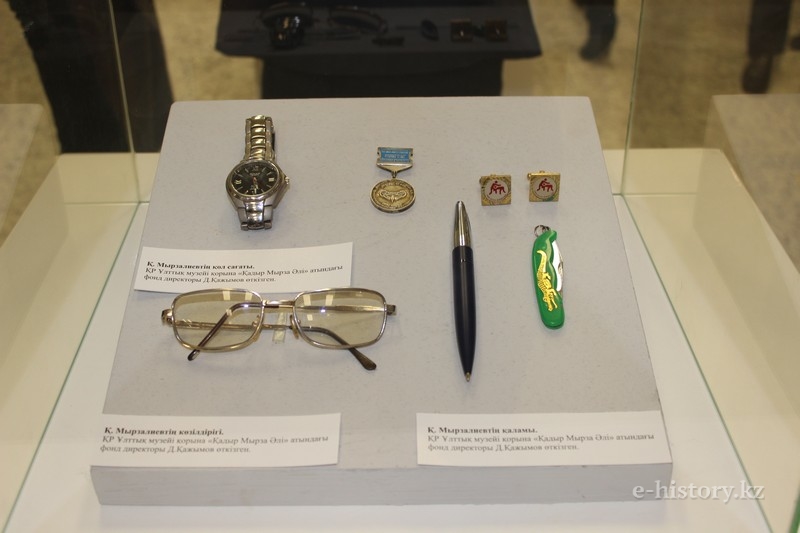 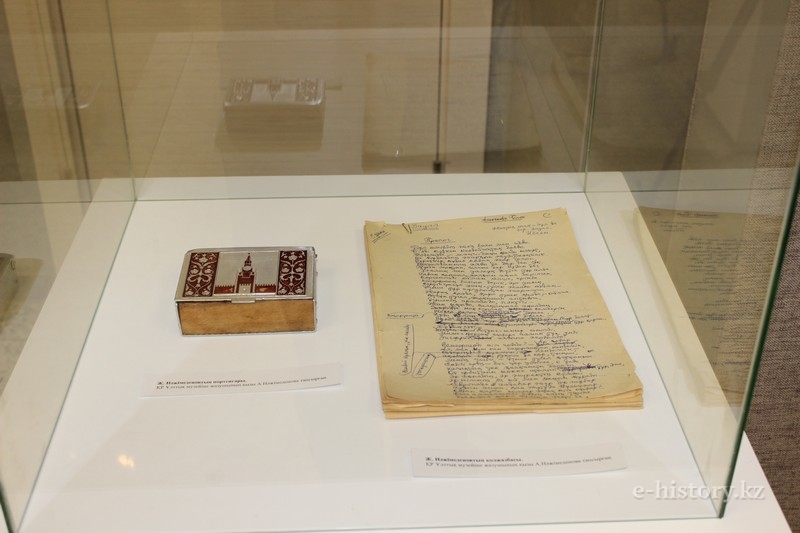 Manuscript of the writer Zh. Nazhimedenov 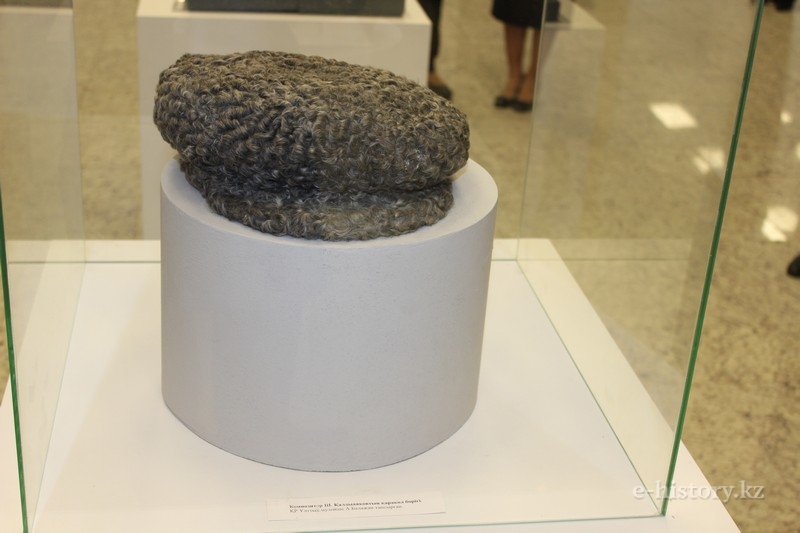 Hat of the composer Sh. Kaldayakov 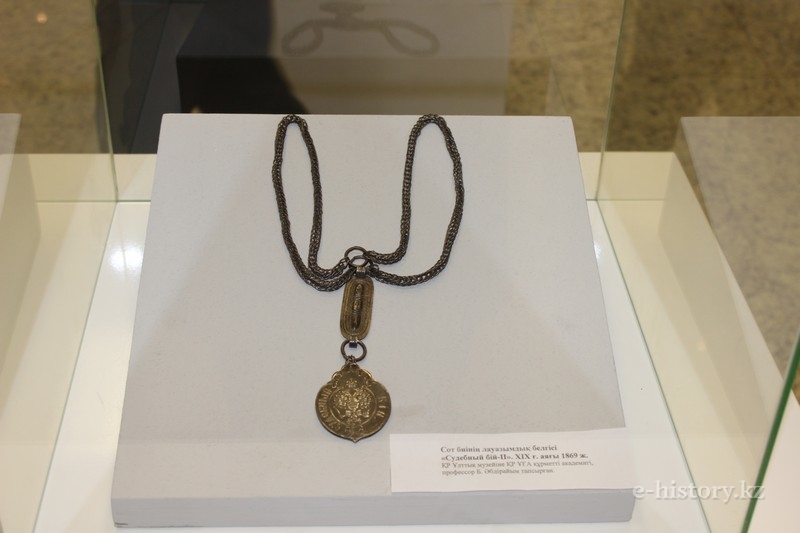 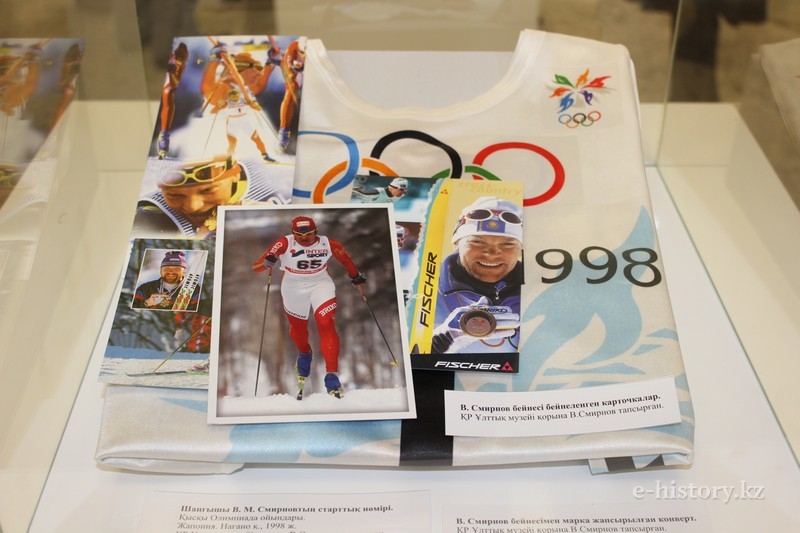 Belongings of the skier V. Smirnov