Home Calendar The Constitution of the USSR was adopted in 1936. The conversion of the Kazakh ASSR into the Union Republic.

Birthday of Sapargaliyev Ghairat, the head of the working groups on developing of three drafts of the Constitution of the RK

In 1996 N. Nazarbayev signed the Law "On the National Security of the Republic of Kazakhstan"

The Constitution of the USSR was adopted in 1936. The conversion of the Kazakh ASSR into the Union Republic. 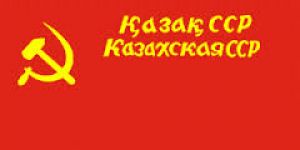 The Constitution of 1936 legislate the creation of the Union Republics that were part of the USSR.

J. Stalin highlighted 3 main features (conditions), the presence of which will give the opportunity to convert the Autonomous Republics into the Union Republics:

·  The republic should be located in the outskirts of the USSR, and should not be surrounded by the territory of the USSR in order to have the opportunity to put the question of its secession from the USSR while still being a part of the union.

·  The Republic should not be very small in terms of its population, not less than a million people, in order to protect the national independence

Article 1. The Kazakh Soviet Socialist Republic is a socialist state of workers and peasants.

Article 2. The political foundation of the Kazakh SSR is based on the Soviet Deputies of Workers.

The Kazakh SSR voluntarily merged with other equal republics.

The Kazakh SSR ensures the human rights instead of the Soviet Union, represented by its highest bodies of state authority; the rights are defined in the Article 14 of the Constitution of the USSR.

The highest agencies of State power of the Kazakh SSR.

The Soviet Deputies of Workers are the main public authorities in the regions, towns and villages.

The Executive committees are the main executive bodies of the Soviet.

The democratic rights and freedoms are guaranteed by the Constitution. It pointed to the remnants of the past.