The outcome of the conference on “Heritage of Abay” 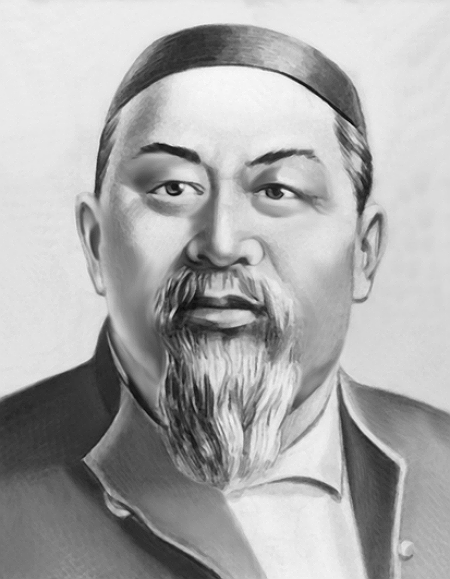 The conference was attended by famous experts on Abay’s life and works, scientists, public figures as well as teaching staff and student of educational institutions of the city of Astana.

The conference on "Heritage of Abay" is dedicated to the 170th anniversary of Abay Kunanbayev and is aimed to start celebration of this date. I hope that this scientific forum will allow discussing important issues which will result in a resonance in the society and be interesting for our young generation".

The Director of the National Museum of the Republic of Kazakhstan also shared his view on propaganda of the heritage of Abay: "Abay is a passport of Kazakh nation; he is a criterion for our spirituality. He is both a symbol and guard of the national sanity. Therefore, the National Museum supports the traditions of museums to promote and popularise the heritage of famous figures, such as Abay, tries to use material values and the whole educational system".

A film about the poet was demonstrated during the conference. The scientific even was followed by the exhibition of early editions of works of Abay Kunanbayev and his poems translated to foreign languages. The organisers also conducted an exhibition of Abay’s portraits taken from the collection of the National Museum.

Materials on theme
Influence of ideas "Jadidism" on national intelligentsia of Kazakhstan in the early 20th century
8
President of the Kazakh SSR N. Nazarbayev said at a meeting with leaders of manufacture. Alma-Ata , 1990
Kazakh archeology: history of investigation and today’s development