Home SEO materials The myth about the creation of human

The myth about the creation of human 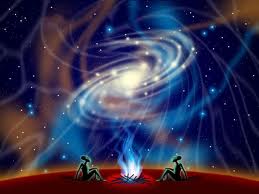 The myth about the creation of human

Moon is the night light, for ancient man, the moon was an instrument that measures the time of night, day, month, year. The changing phase of the moon is the combining of geophysical and physiological phenomena, which formed the basis of many mythological representations.

Lunar cycle - every 27 days, 7 hours and 43 minutes the moon is returning to the previous apparent position of stars. This is the stellar or sidereal month. Repeating the time of the full moon or new moon and other phases occurs within 29 days 12 hours 44 minutes. This is the synodic month.

Lunar month consists of 28 days, during a new moon the moon is impossible to see for one or two days. We add them to 28 days ... Here you have a full month.

Number 4 - represents the four seasons, four lunar month period of seven days each. Twice per seven - 14, half of the month.

By marking of sculptures, the ancient people designated weeks, crescents and months.

The main thing here is the number seven (7). Seven - I, "family" - a non-random combination.

"Big Dipper" - 7 stars, "Pleiades" - 7 stars. Seven planets – they were known by the ancient astronomers and could be observed with the naked eye:

These planets wandered in the night sky among the stars. Others, that were invisible to the naked eye, were not among them.

In Paleolithic ornament, the number 7 is perhaps the most important thing that has come into many tales, legends and myths.

Configuration of the patterns in ornament of Europe dates back to the lunar calendar and numeracy, moreover, it is identical to the space symbolism of Siberian and many other nations.

Perhaps the people of Eurasia, in the Paleolithic time, had one religion and mythology, from which later came other mythologies and religions.

On the basis of the lunar cycle, which is a regular female cycle (menses - Ladies monthly) formed a cult of female ancestors, which was displayed in many same sculptures of the ancient Vener.

Cult of Moon and Cult of Women - are the same, they are unanimous. That was the original religion, the single belief of matriarchy period.

Therefore, the day gods descended from the gods of night.

Women sculpture of antiquity – the Siberian Madonna – the first personification of God. Thus, the first sculptural image of God - or rather, the Goddess of Matriarchy – dated 20 to 50 thousand years.

The usage in the ancient ornament of numbers 5 and 10, the number of fingers on one hand, and the number 7 on the semilunar notch it the ornament on the female figures is explained by the ability of ancient man to operate by different numbers and their combinations.

The ancient Siberian people regarded women as the protectors of the lunar calendar. This is directly related to their maternal duties, the phases of the moon, equal to 7, they calculated the time of delivery. Pregnancy is lasts for 10 lunar months, 280 days, and forty weeks. 7x40. Exactly on the middle of this period falls the first movement of the child in the womb.

According to the scientists of Harvard University, who were engaged in the primitive history, the Paleolithic had lunar calendar.

Again, about the number 7. The color point of view - a rainbow consists of seven colors. Ancient people deified this natural phenomenon, and the number of colors of the rainbow – the number of 7 was seen as magical.

The second hypothesis is anatomical.

Primitive people could not help but pay attention to the structure of their own body, in which there are   heptastichous groups: seven openings of the head (two eyes, two ears, two nostrils, and mouth). Seven of the visible parts of the body (head, neck, torso, two arms and two legs). Seven visible parts of hands - five fingers, forearm, upper arm. Seven pairs of ribs that attach to the sternum.

The most effectively this digital pattern was depicted by Leonardo in his man reached in the area-circle.

Since seven senses were the main sources of information about the world and its structure, can the number seven (7) become a symbol of life, mind, and knowledge? Like a hieroglyph that will define a human.

Sumerians designated the universe with number 7

"All is number seven," - said Pythagoras, the ancient Greek mathematician.

Another point of view is explained by the operational properties of attention of (eye) and memory, being able to focus only on seven objects, and no more.

In the ancient epic work about the origin of human, in the Sumerian poem "The Tale of the Atra-Hasis" states:

"In the first month, on the seventh and fifteenth days

He (Enki) made ​​a purification rite.

"Wise" god that has intelligence

They (the gods) were killed in their congregation.

From his body, at his blood

Seven she laid to the right

She she laid to the left

Brick - midway there between.

Gathered in the wisdom and knowledge

Goddess birthday - seven and seven of their,

In the myths of peoples all over the world, presents a typical image of seven heroes, blood relatives. The ancient Magyars (Hungarians) had seven legendary leaders. Seven major gods of the Sumerians. Seven gods of Slavs. Pleiades - the Seven Sisters beauties of the Greek myth. Seven Thieves - "Jeti karakshy" of Kazakh folklore. V. Y. Propp in "Morphology of the Folktale" stated that the structure of various peoples of ancient and magical tales is the same; the action covers the seven roles, 7 characters. And no more.

Seven major gods of the Scythians.