Home Publications Salman Geroyev: They shared their last piece of bread with us

Salman Geroyev: They shared their last piece of bread with us 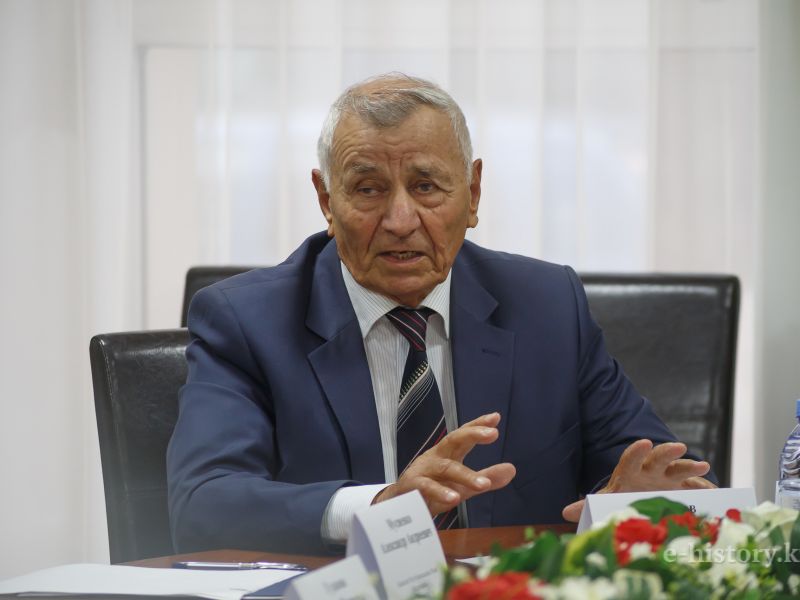 The State Archives of Astana conducts work in the field of international cooperation, expanding scientific ties. A delegation of scientists from the Republic of Ingushetia visited Astana

In 2017, employees of the state archives visited the archival institutions of the Russian State Historical Archives (St. Petersburg), the Central Archives of the Republic of Uzbekistan, the State Archives of the Republic of Ingushetia. The reciprocal move was the holding of an exhibition of the Omsk Regional Historical Archives, an international scientific and practical conference dedicated to the 100th anniversary of the founding of the Alash Party on the theme: "Alash: a glance of contemporaries". Archivists from Tomsk, Omsk, Orenburg regions of Russia, Tatarstan, and Uzbekistan took part in the conference. 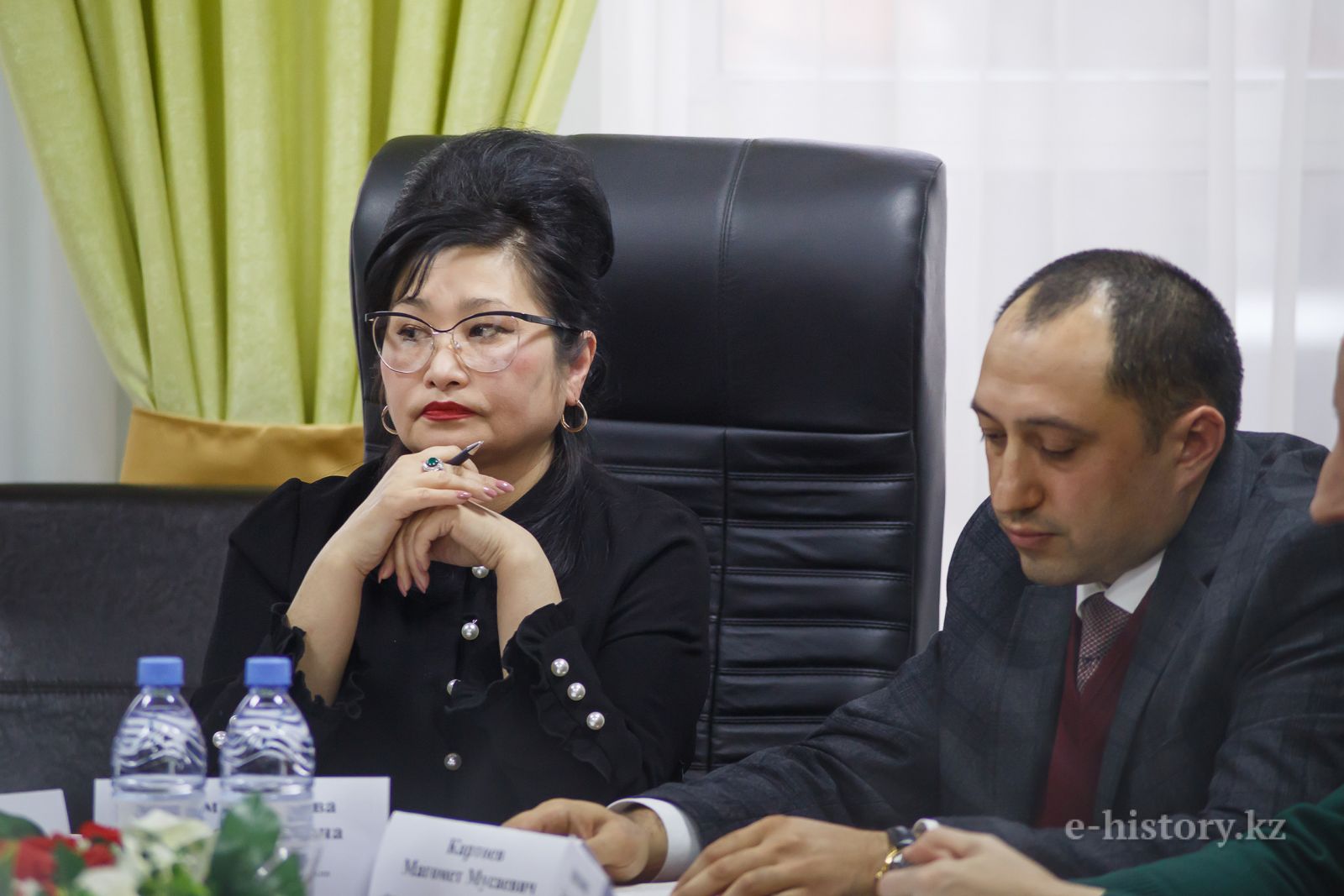 Director of the archives Balkia Baimaganbetova told about the visit of a representative delegation from the Republic of Ingushetia. The scientists arrived to share their experience in the field of the archival service, work on studying the documentary heritage, which are an integral part of cooperation and contribute to the expansion of international information exchange.

Salman Geroyev recalled the attitude of the Kazakhs towards the peoples who were illegally deported to Kazakhstan and Central Asia in February 1944.

"They shared their last piece of bread and a sip of water with us; no one pushed us away; they shared the rooms of their modest houses with us. Only thanks to this, half of the Vainakh people survived, for which we are immensely grateful."

With the attainment of independence, our life has significantly changed. Salman Geroyev was a participant of the first forum of the peoples of Kazakhstan in the autumn of 1992, where Nursultan Nazarbayev said: "We are all Kazakhstanis, we are all equal". "It was of great importance for us," said Salman Geroyev, "after the creation of our ethno-cultural center in May 1992, we have all the opportunities for developing our language and culture." 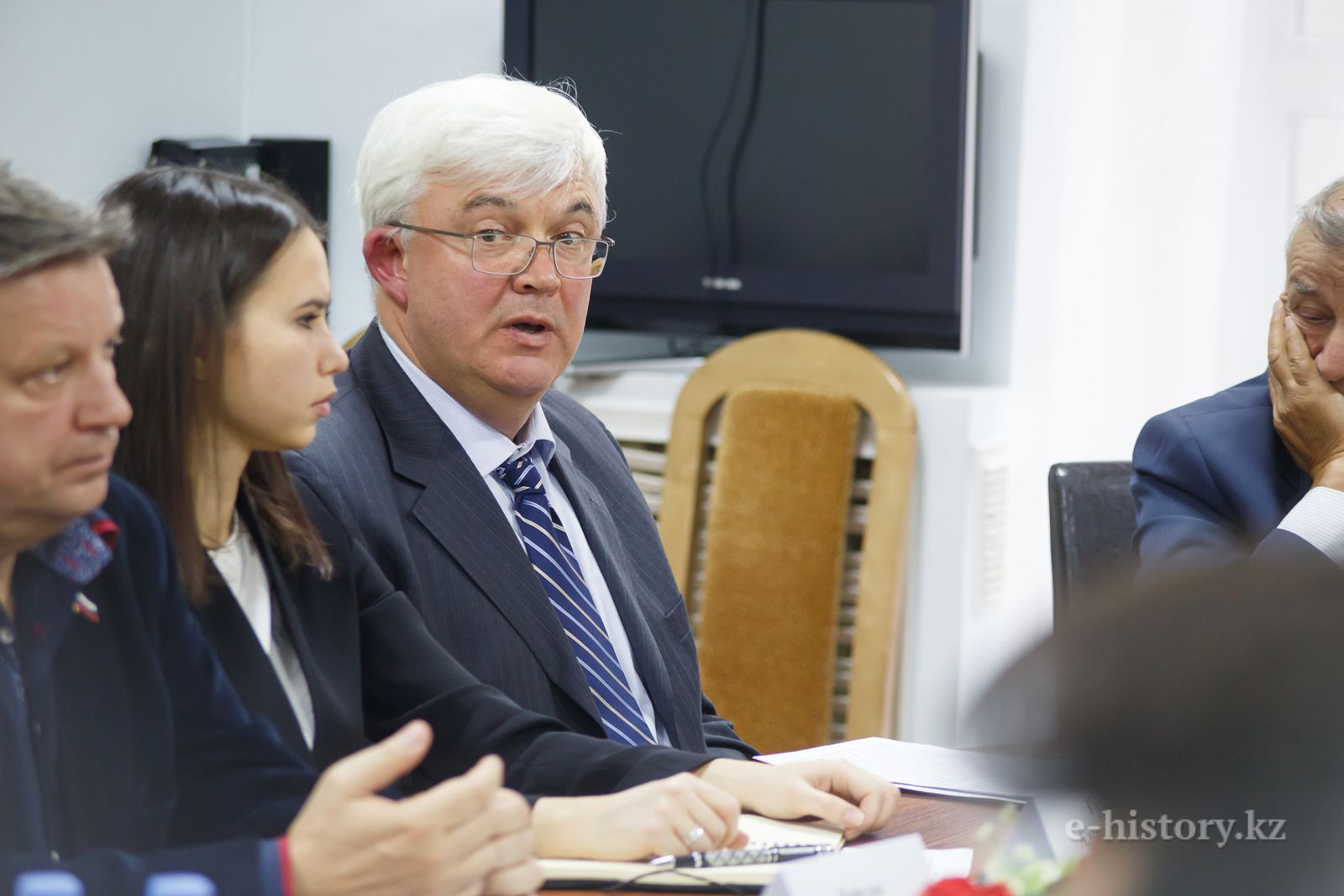 Alexander Musienko, Counselor-Ambassador of the Russian Embassy in Kazakhstan, noted the importance of the event. Such events expand cultural and humanitarian cooperation; help to establish closer cooperation in the field of archival business for the benefit of the peoples of Russia and Kazakhstan. As for the history of deportation, Musienko recalled that in 1944-1957, by decree of the State Defense Committee of the USSR, more than 4,000 people were sent to the Kazakh SSR and 90,000 people to the Kirghiz SSR for "complicity with the fascist invaders" from the Chechen-Ingush ASSR. 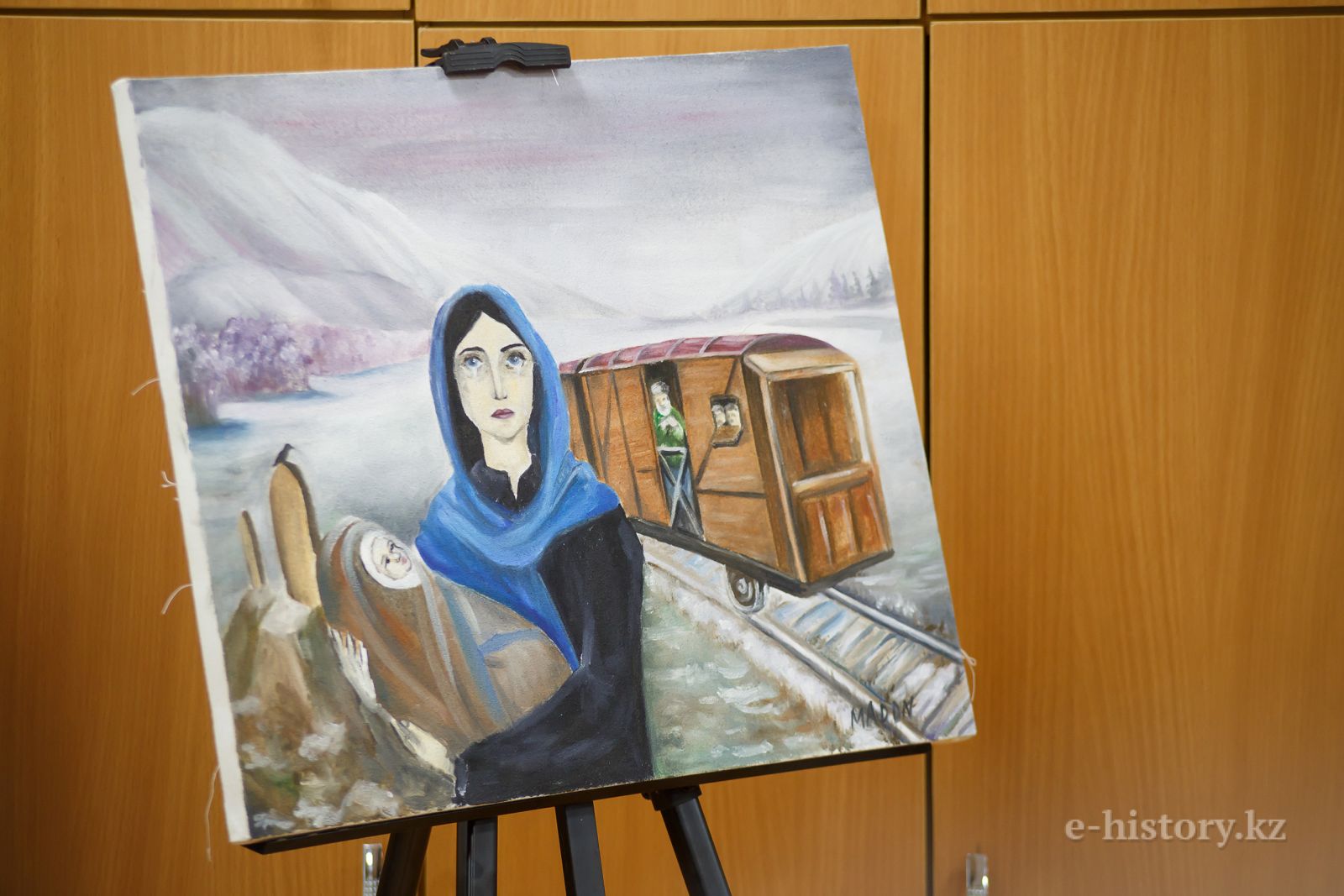 Musienko expressed gratitude to the Kazakh people for having sheltered millions of evacuees and deportees on their land. I would like to encourage scientists to search for and study documents in order to illuminate the history of the past, we can not allow the distortion of history and we can not blame others for the misfortunes that all nations suffered and the memory of our ancestors forces us to draw conclusions, but in no case for them to become cause for any division, I am sure that our people have only a bright future ahead. 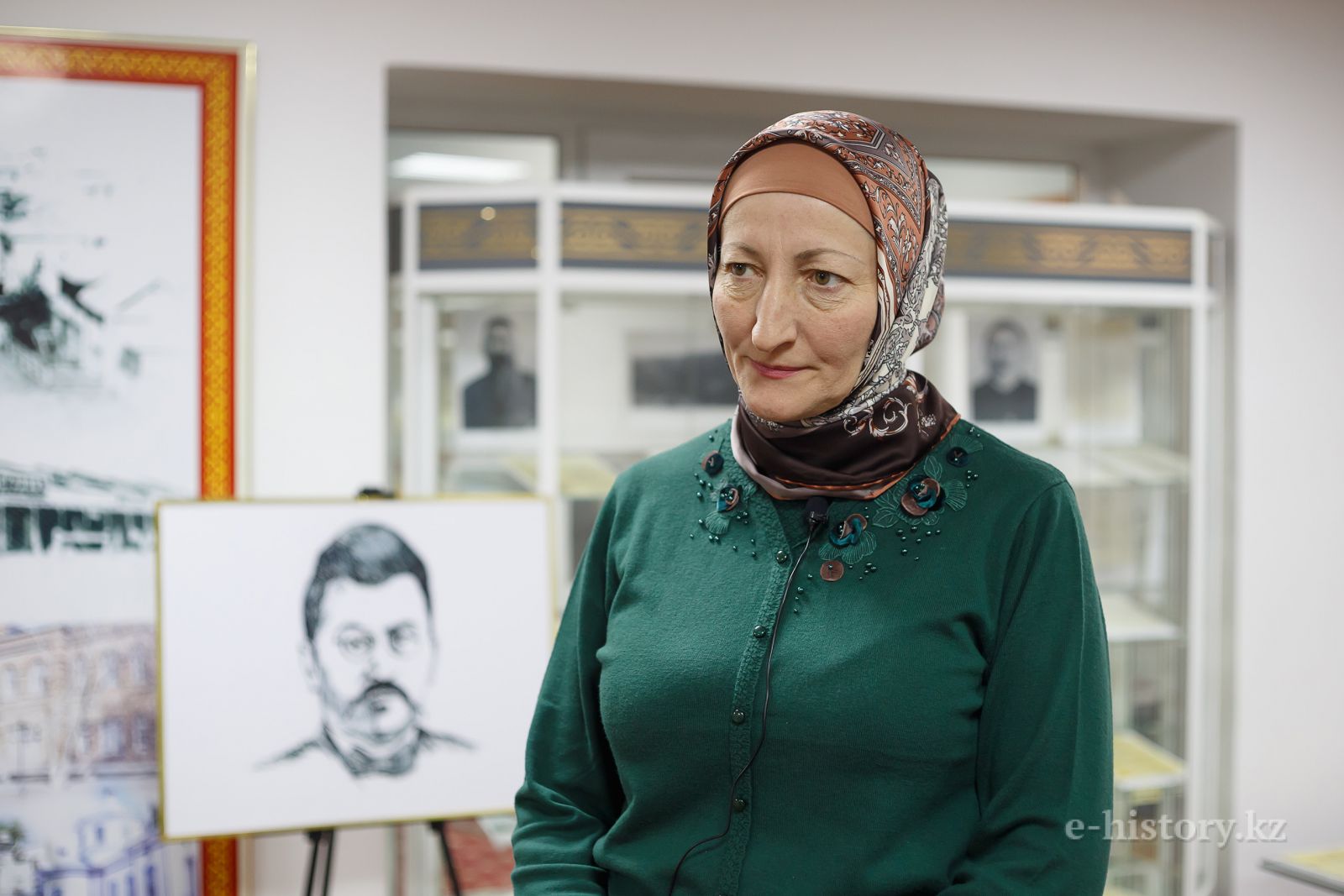 Associate Professor of the Ingush State University, Ph.D. in Political Science, and Senior Researcher of the Department of Ethnology of the Scientific Research Institute of Humanitarian Sciences named after Ch.E. Akhriyev Arapkhanova Leila Yakubovna noted that the work of the archive has its own specifics. It happens that you order documents and you can get them right away, but there are documents that you receive on the second or third day. For us, time is very valuable; every minute is worth its weight in gold.

Our history is closely connected with the history of Kazakhstan and the peoples of Kazakhstan. We left part of our history here. Even in my family, my father's brothers and sisters are buried in Kazakh land. Father came back alone.

Therefore, due to scientific work, research work, current circumstances, we today have close contacts. Of course, I must say that the people of Kazakhstan are very friendly and solidarity in everything. Probably, rarely, who can be so tolerant and understand each other. In such an accumulation of different peoples to maintain relations - this is due to the leadership of Kazakhstan and all Kazakhstanis. Leila Arapkhanova expressed her pride in the Diaspora, and the contribution that they make for the development of Kazakhstan. 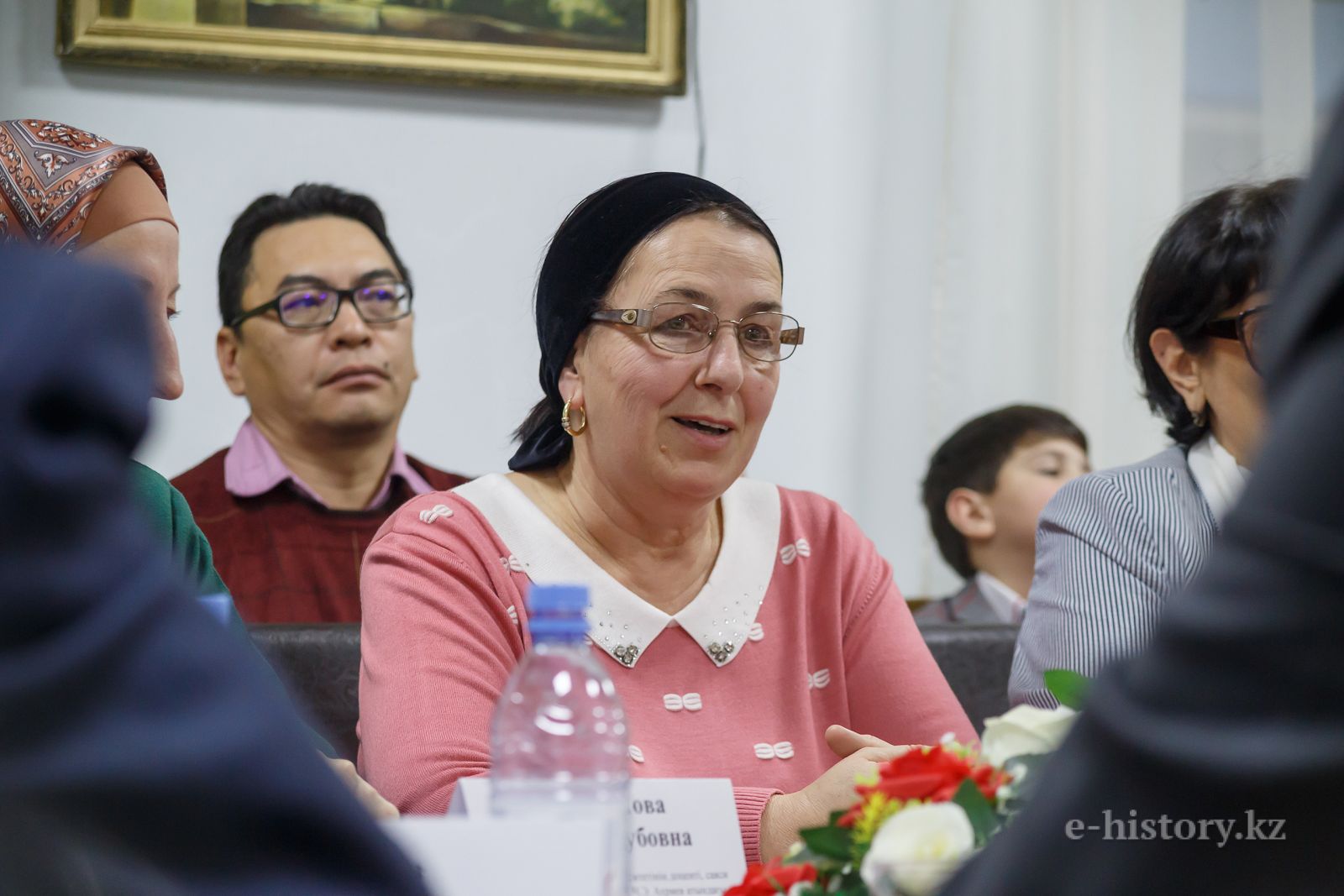 Scientific employee of the Department of Modern and Contemporary History of the Scientific Research Institute of Humanitarian Sciences named after Ch.E. Akhriyev Yandiyeva Tamara Umatgireyevna noted that the Republic of Ingushetia was established not so long ago, this year its 25th anniversary is celebrated from the date of the republic's formation. And from the day of the formation of the republic, we are doing everything possible to make up for lost time. During these 25 years a lot has been done in the field of economy, culture, spiritual development. Within the framework of this program, our visits to the Republic of Kazakhstan have increased. For the fourth time we come to work in the archives of Kazakhstan and wherever we go, Astana, Almaty or other cities we meet the warmest attitude towards our people. This is confirmed by the attitude of our parents who spent 13 years in exile on an unjustified charge.

Nevertheless, justice triumphed after 13 years. Our older generation has learned many things from the Kazakh people. We also conveyed our customs and traditions to the Kazakh people. When we come, we are pleasantly surprised at how the Kazakh people feel towards the Ingush Diaspora - so warm and friendly relations. And this is the merit of the Diaspora that lived here. If they showed themselves on the wrong side, with an unworthy side, then there would not be such a warm and kind attitude on the part of the Kazakh people to us. 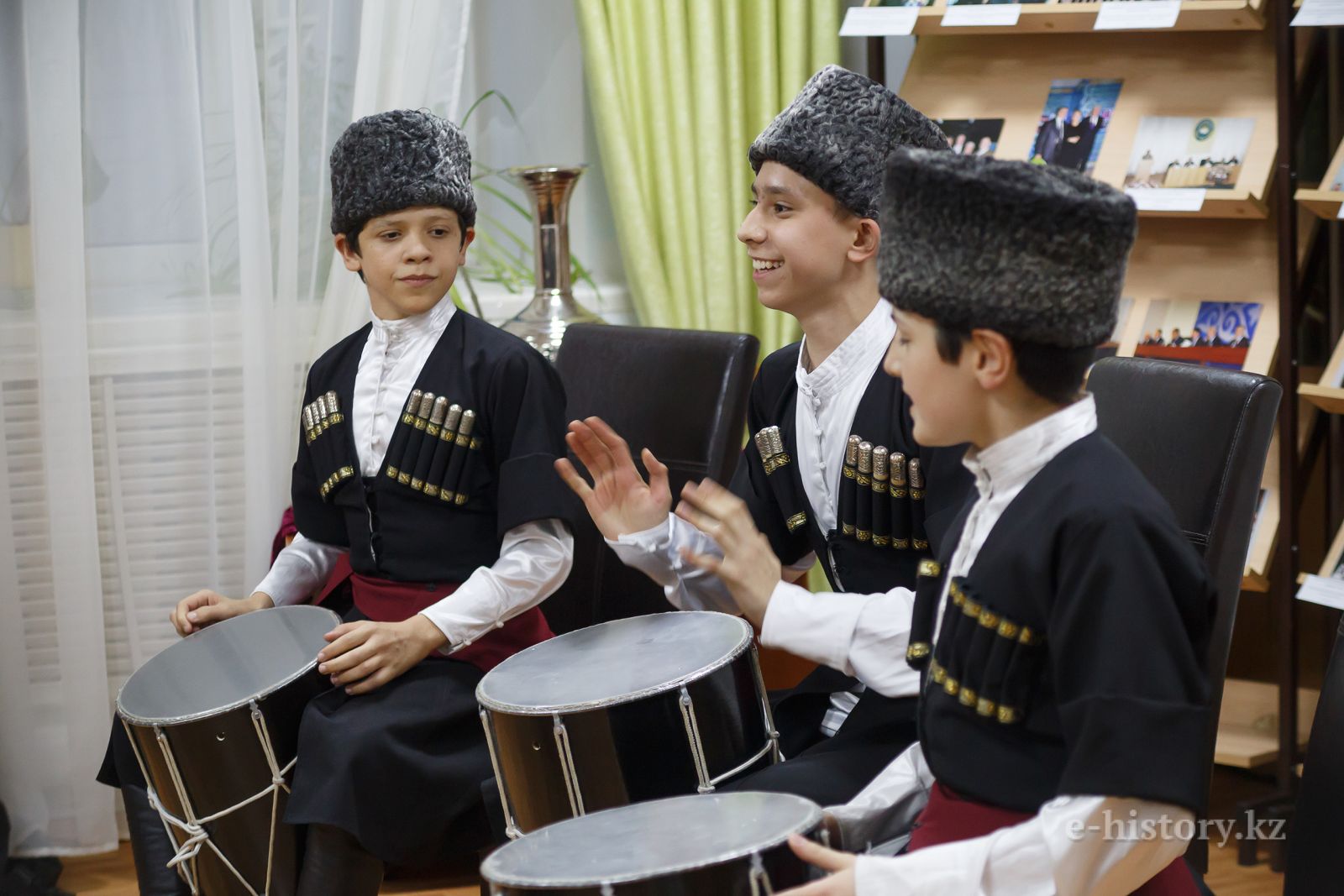 At the end of the meeting, young representatives of the national cultural center "Vainakh" performed their musical numbers.