Home Publications PARTNERSHIP BASED ON TRUST

PARTNERSHIP BASED ON TRUST 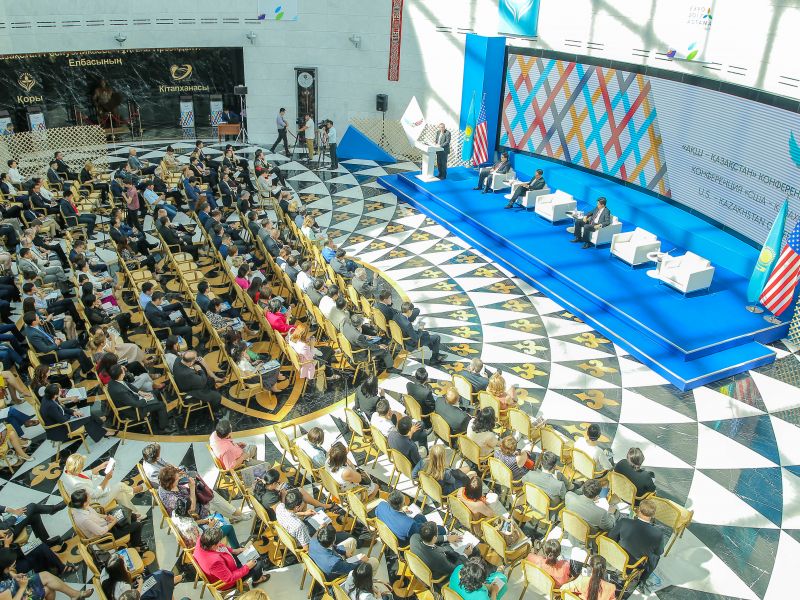 The conference addressed issues of bilateral cooperation at the global and regional levels, in the sphere of economy and trade, as well as in the development of human capital. 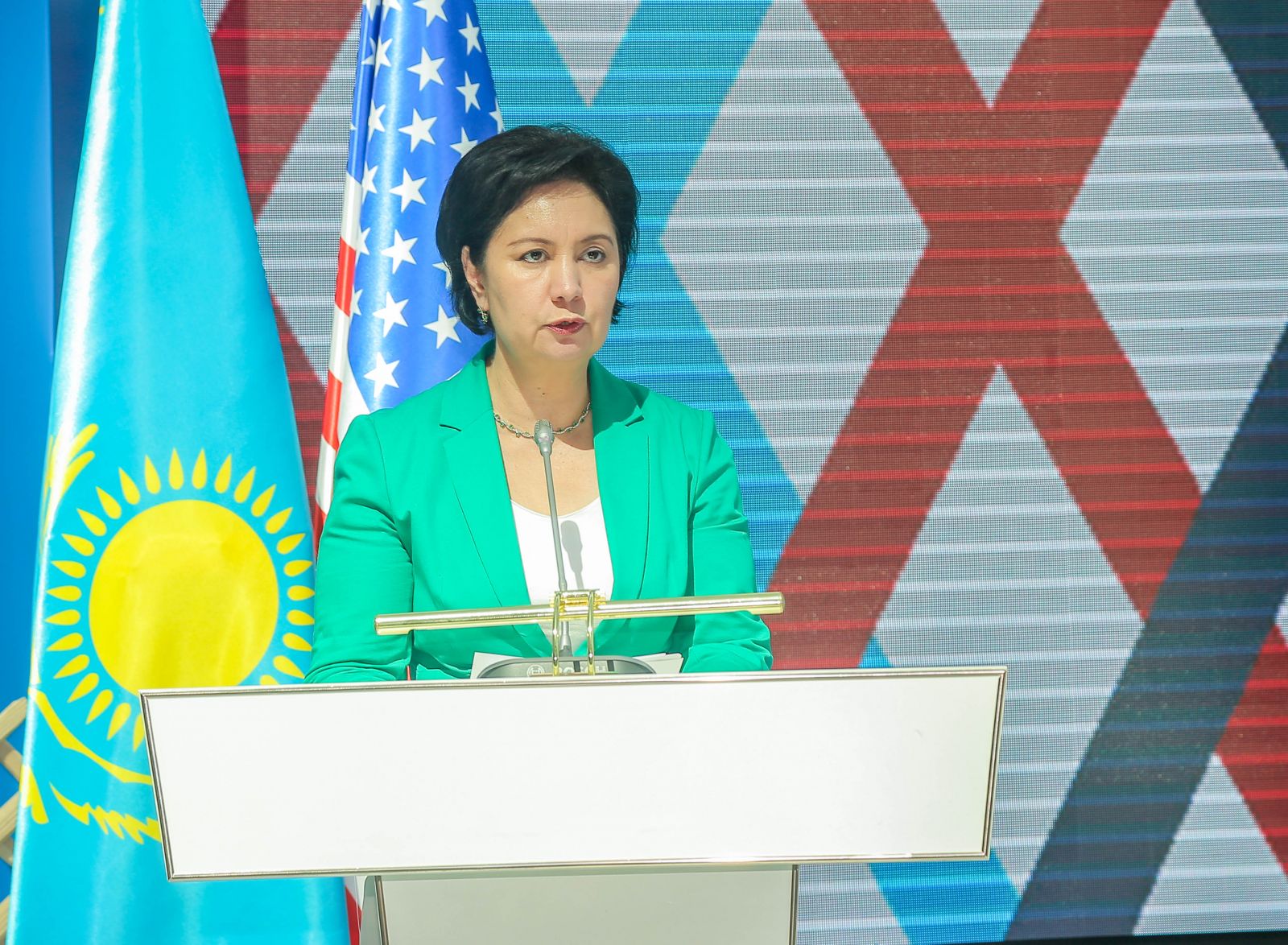 The opening of the conference was made by the State Secretary of the Republic of Kazakhstan Gulshara Abdykalikova. She noted that the conference is a good dialogue platform for discussing the priorities for further development of bilateral cooperation and joint efforts to find new directions.

- Over the past quarter century our cooperation has reached the level of relations of a mature strategic partnership based on mutual trust, support and respectful consideration of national interests. Kazakhstan and the US together made a huge contribution to the strengthening of international peace and global security. A bright indicator of the constructive spirit of cooperation in solving global problems is the exhibition “EXPO-2017” on the theme "Future Energy" where more than 115 countries are represented, united in a common desire to develop new technologies for the benefit of global sustainable development," G. Abdykalikova said.

It should be noted that last year the US and Kazakhstan celebrated the 25th anniversary of diplomatic relations. The United States was the first country to recognize the independence of the Republic of Kazakhstan. During these years, more than 70 agreements were signed between our countries, more than 400 joint ventures were established, and the total volume of trade between the United States and Kazakhstan amounted to $ 1.4 billion. 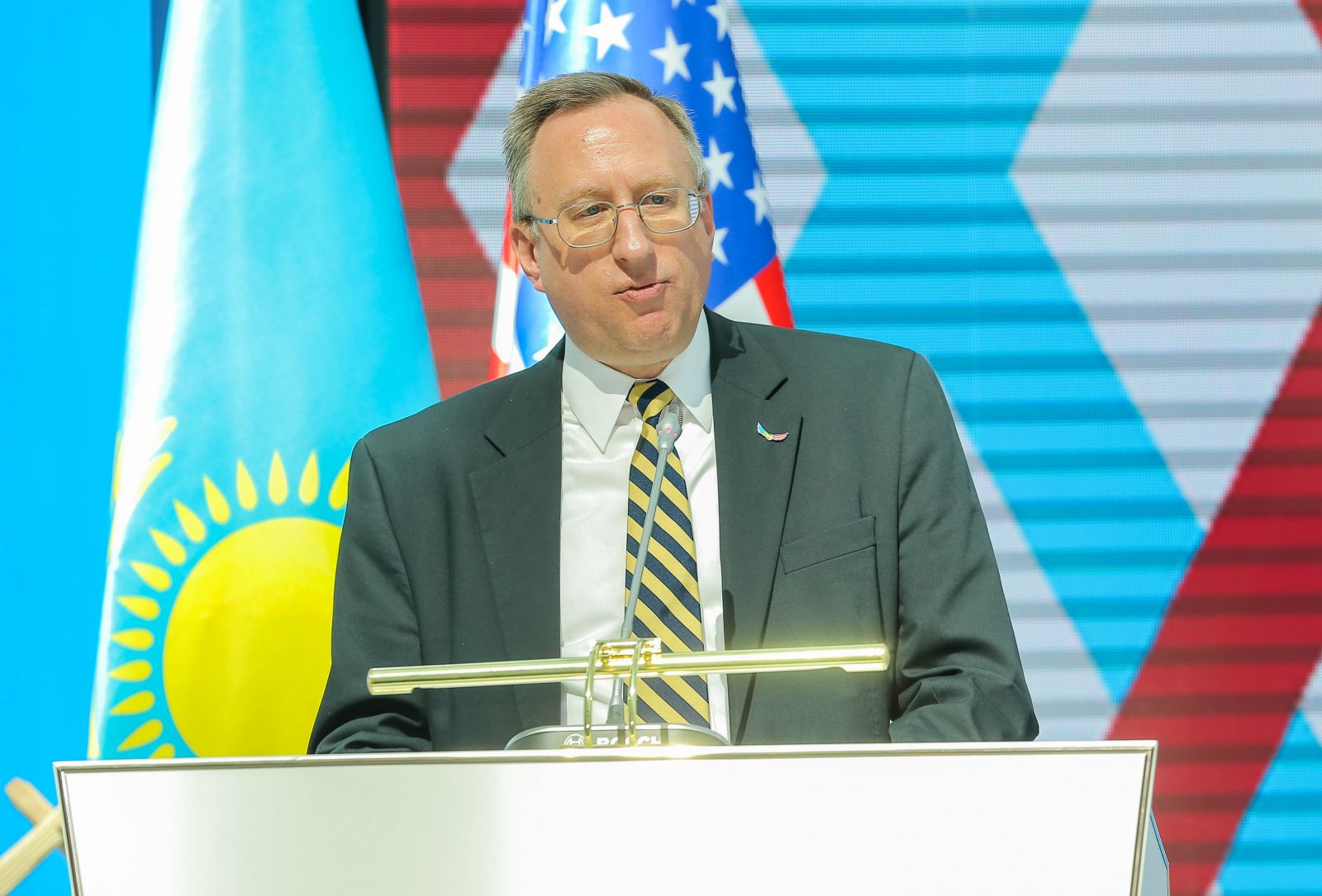 US Ambassador to Kazakhstan George Krol in his speech paid great attention to all spheres of cooperation between the two countries, stressing the importance of Kazakhstan for the US as a reliable strategic partner in the region.

- The long-term work of Chevron, Exxon in Kazakhstan is a manifestation of the confidence of American companies in the development of business in your country, billions of dollars of investments, thousands of workplaces. To date, General Electric is Kazakhstan's next major partner in the energy sector. Further investment of projects in Kazakhstan is planned. For us, the work of the Republic of Kazakhstan as a non-permanent member of the UN Security Council is important for resolving geopolitical and security problems in the region,” he stressed.

The event was also attended by former US ambassadors to the Republic of Kazakhstan: John Ordway, Elizabeth Jones, Richard Hoagland. On the Kazakh side, Yerzhan Ashikbayev, Deputy Foreign Minister, Azamat Abdymomunov, Deputy Secretary of the Security Council, Maulen Ashimbayev, Chairman of the Committee on Foreign Affairs, Defense and Security of the Mazhilis of the Parliament, Madina Abylkasymova, Vice Minister of National Economy, Oraz Zhandosov - Director of the Center for Economic Analysis "Rakurs", Tuleutay Suleimenov - the first Minister of Foreign Affairs of the Republic of Kazakhstan and other state and public figures, scientists and experts. 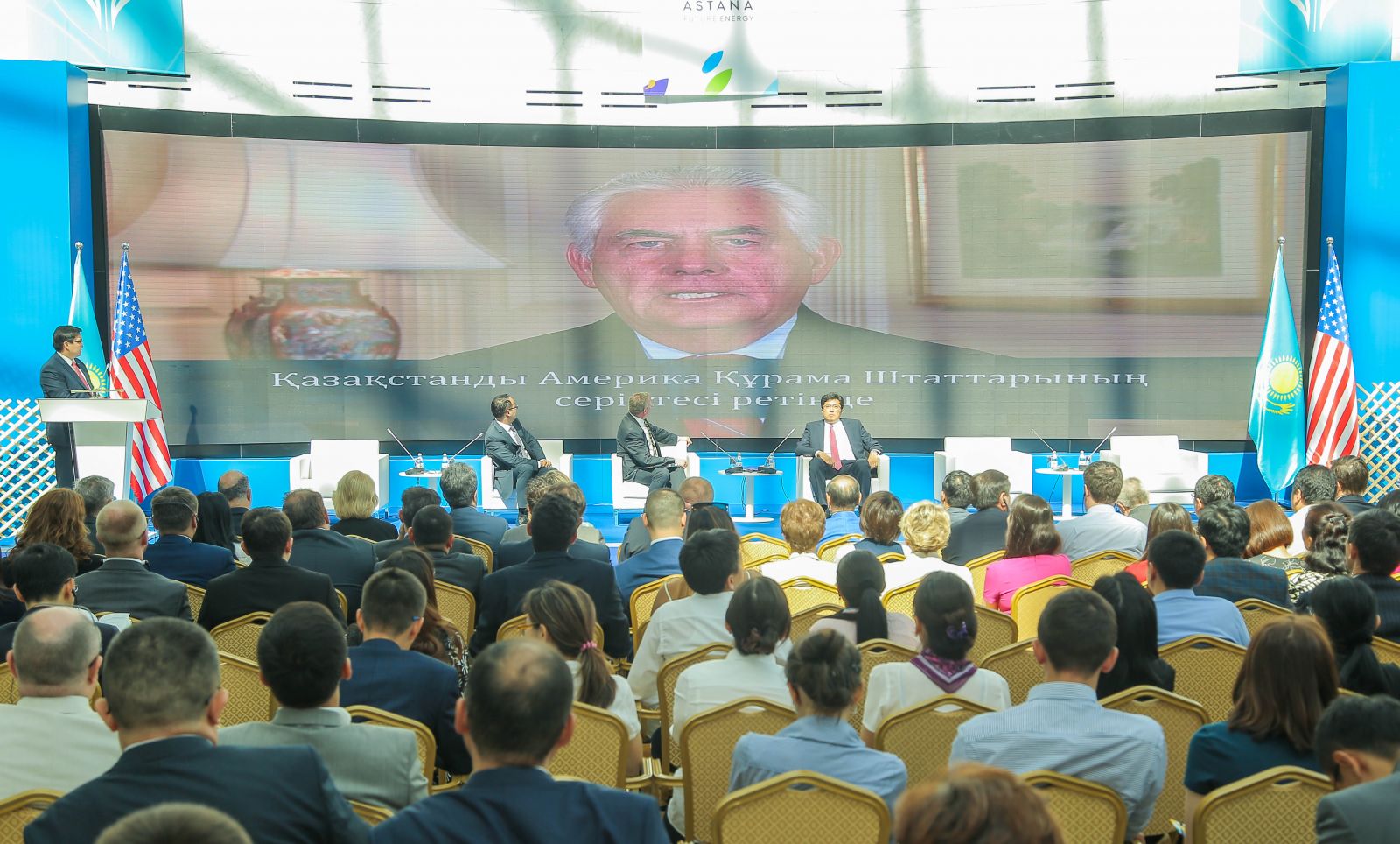 The conference participants also viewed the video of the US Secretary of State, Mr. Rex Tillerson.

- Kazakhstan follows a multi-vector balanced policy. Our permanent allies and partners are Russia, China, the United States of America, the countries of the European Union and Central Asia. Today we are here to celebrate the work in one of the most important vectors - in the American direction. I think that today we will hear many interesting facts from the history of relations between the two countries,” said Timur Shaymergenov, deputy director of the Library of the First President of the Republic of Kazakhstan - Elbasy, opening the event. 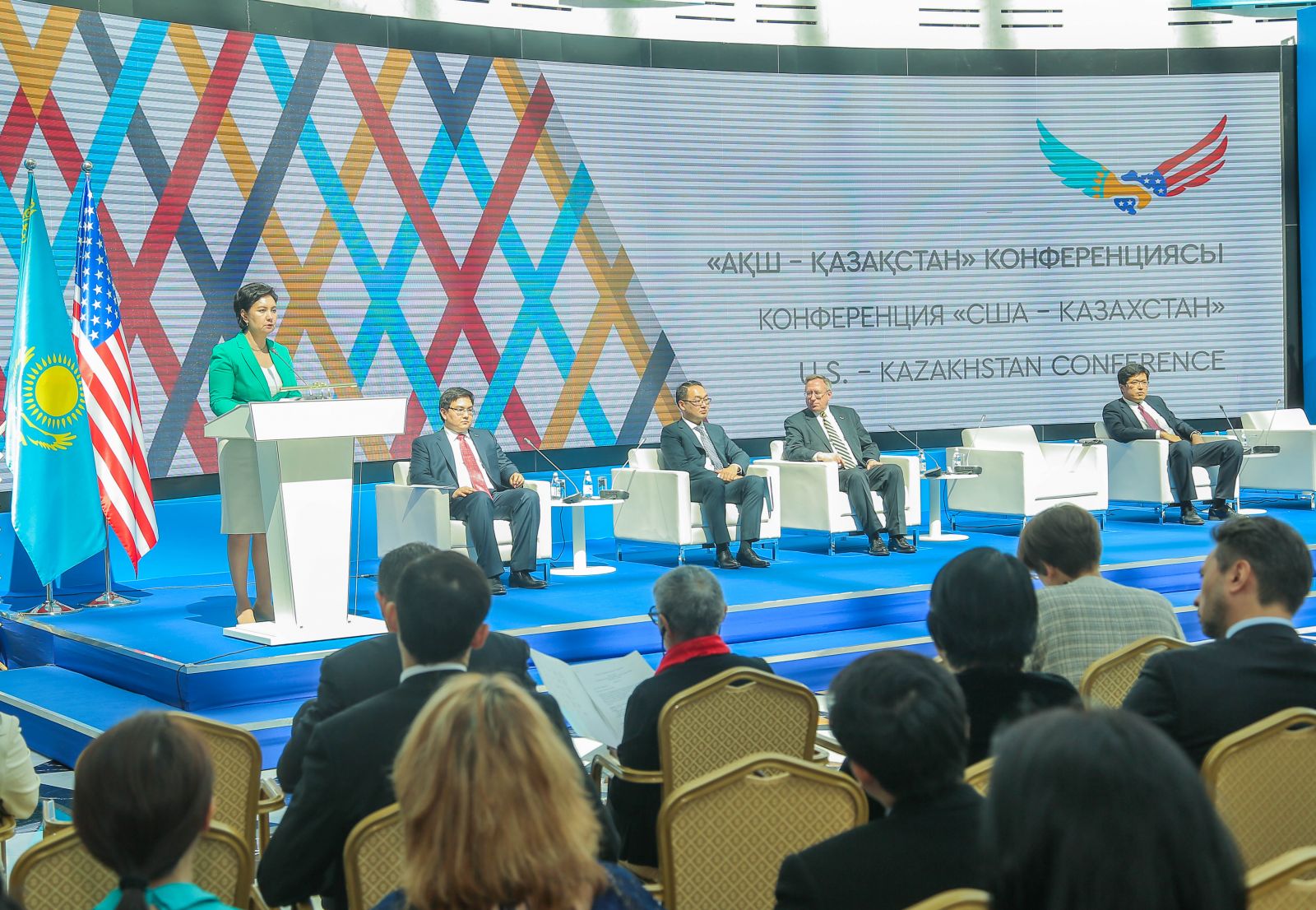 He also noted US assistance in Kazakhstan's initiative to renounce nuclear weapons, stressing that the historic decision of President N.A. Nazarbayev made a great contribution to strengthening security in the region and the world. Kazakhstan and the United States are long-standing partners in the non-proliferation of nuclear weapons, and cooperation on countering other regional and global challenges is constantly expanding. Demonstrating a pragmatic and balanced approach, Kazakhstan has made a number of ambitious initiatives to promote peace for the period of its membership in the UN Security Council.