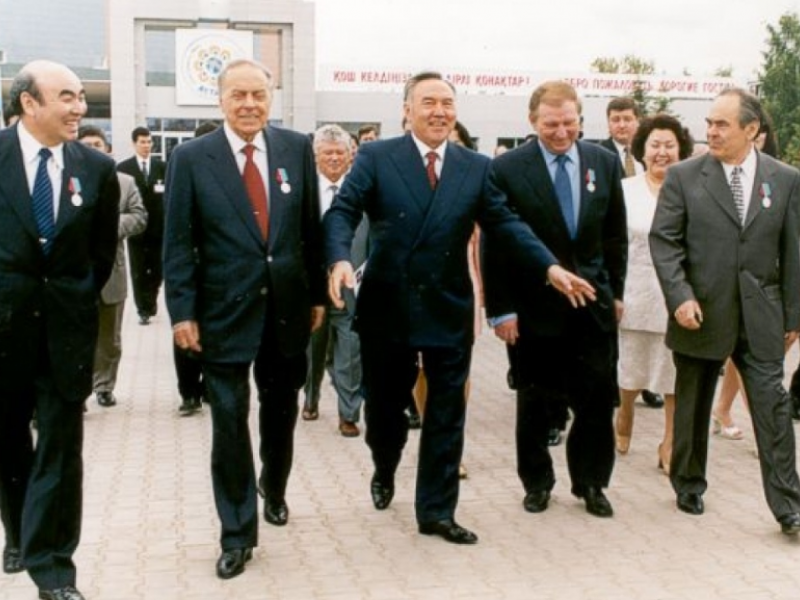 Let's recall how the presentation of Astana took place in June 1998. Archival documents make it possible not only to reconstruct the chronicle of events, but also to learn interesting details

In the State Archives of Astana there are a lot of interesting documents, the study of which opens new pages of seemingly known facts and events, not only of the pre-revolutionary or Soviet past, but also of not so far-gone events of independence. For example, in fund 424 materials of 1998 on presentation of Astana are stored, in which run of show, key events of the process, the main characters are described in detail.

Let's get acquainted with the document closer.

The first document in the folder - "The number of invited to the events for the presentation of Astana." In this interesting document the invited persons are indicated and, what is not less important, actually, all the activities that were planned for the holidays. The list shows that the schedule is very tight, there are many activities. Festive events start from June 9, 1998.

1. The laying of the monument to the "Defenders of the Fatherland". It’s a well-known architectural complex opposite the Ministry of Internal Affairs of the Republic of Kazakhstan. 300 people are invited: top management of the Republic of Kazakhstan, members of the Government (15 people), heads of bodies accountable to the President (13 people), MPs in full (108 people), akims of oblasts and Almaty (14 people), veterans of war (100 people), representatives of the Ministry of Defense (20 people), heads of national companies and banks (14 people).

3. A theatrical holiday at the stadium - the most massive event, attended by 2312 people.

4. Laying of the Alley of Heads of States and Honorary Guests, in which 350 people were scheduled to attend.

5. Official ceremony in the Palace of Congresses and a concert (1622 people).

8. Participation in the festive carnival on the square near the building of the Center for Business and Cultural Cooperation (2288 people).

9. Reception at the “Intercontinental” Hotel (477 people).