Home Publications FOR WHAT WERE THE POLITICAL REPRESSED IN 1937-1938 CONDEMNED?

FOR WHAT WERE THE POLITICAL REPRESSED IN 1937-1938 CONDEMNED? 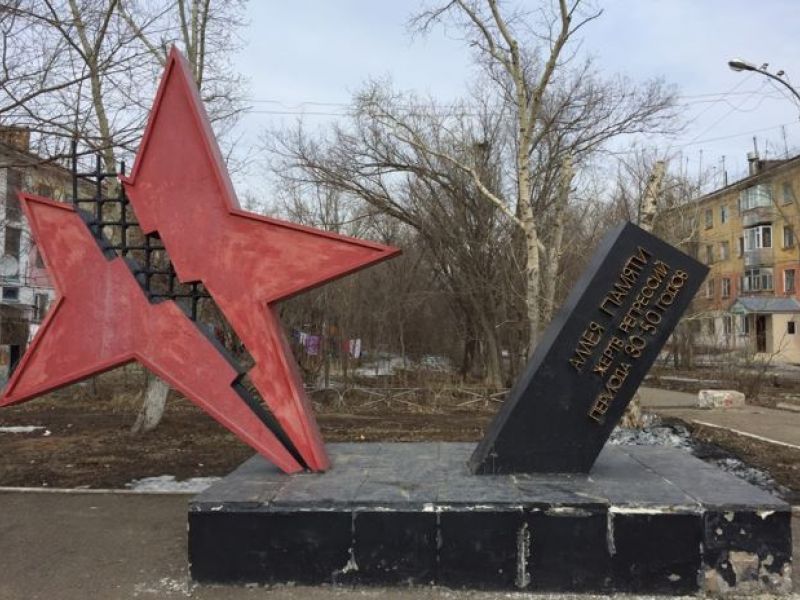 Today, on the Day of Remembrance of Victims of Political Repressions, the NDH Portal publishes excerpts from the Criminal Code of the RSFSR, which carried out a trial of political prisoners

The terrible 58th article ... Millions of citizens of the USSR, including Kazakhstan, suffered and were repressed under this article. "Political" - so with a mockery they were called on the zone by criminals, whose position was much better than that of the repressed intelligentsia. What was this notorious 58th article?

In the Criminal Code of the RSFSR, in the 1926 edition, all crimes that belonged to the category of "State crimes" were disclosed in detail.

In the Special Part of the Criminal Code of the RSFSR, you can learn in detail what is "treason", "armed insurrection", "espionage," "call for the overthrow of Soviet power," for which the guilty was subject to execution and what were the mitigating moments.

Particular Part of the Criminal Code of the RSFSR

58-1. Any action aimed at overthrowing, undermining or weakening the power of the workers' and peasants' councils and elected by them, on the basis of the Constitution of the USSR and the constitutions of the Union republics, the workers' and peasants' governments of the USSR, the union and autonomous republics, or to undermine or weaken external security is recognized as counter-revolutionary; the USSR and the main economic, political and national gains of the proletarian revolution. Because of the international solidarity of the interests of all those who are breastfeeding, such actions are also considered counterrevolutionary when they are directed at any other state of the working people, even if not part of the USSR.

58-1 "a". Treason to the motherland - actions committed by citizens of the USSR to the detriment of the military power of the USSR, its state independence or the inviolability of its territory, such as espionage, the issuance of military or state secrets, the transfer to the enemy, escape or flight abroad are punished by the supreme measure of criminal punishment - execution with confiscation of all property, and under mitigating circumstances, imprisonment for ten years with confiscation of all property.

58-1 "b". The same crimes committed by servicemen are punishable by the supreme measure of criminal punishment - execution with confiscation of all property.

58-1 "c". In case of escape or flight abroad of a serviceman, the adult members of his family, if they contributed anything to the upcoming or committed treason, or at least knew about it, but did not inform the authorities about this, are punished by imprisonment for a term of five to ten years with the confiscation of all property. The remaining adult members of the traitor's family who lived with him or were dependent on him by the time the crime was committed are subject to deprivation of electoral rights and exile to remote areas of Siberia for five years.

58-1 "d". Failure of military personnel to prepare or commit treason entails imprisonment for ten years. Non-denunciation by other citizens (not servicemen) is prosecuted under art. 58-12. 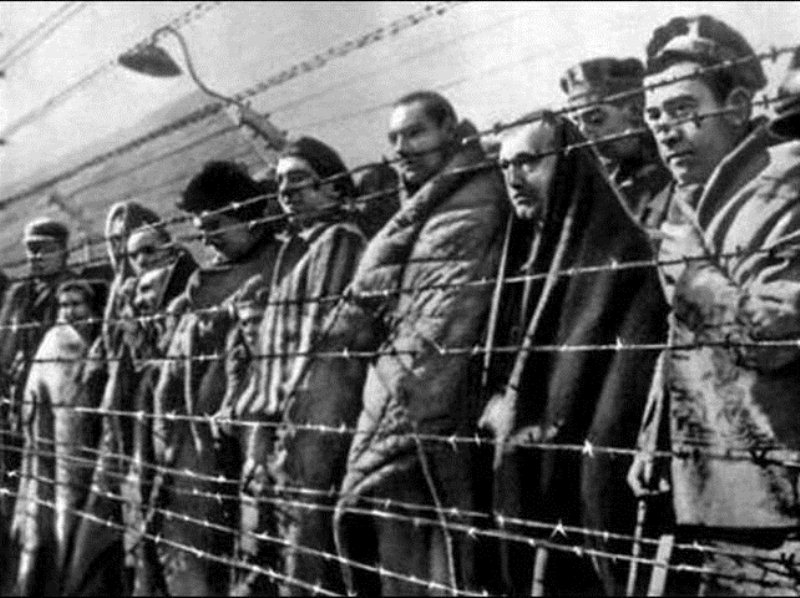 58-2. An armed uprising or the invasion of the armed territory of armed gangs for the Soviet territory, the seizure of power in the center or in the localities for the same purposes and, in particular, for the purpose of forcibly tearing away any part of its territory from the Union and a separate union republic or dissolving the SSR with foreign states treaties, entail the supreme measure of social protection - the shooting or the declaration by the enemy of workers with the confiscation of property and the deprivation of citizenship of the union republic and thereby the citizenship of the Union For the SSR and expulsion from the USSR for ever, with admission under mitigating circumstances, a reduction to imprisonment for at least three years, with the confiscation of all or part of the property.

58-3. Relations for counterrevolutionary purposes with a foreign state or its individual representatives, as well as facilitating in any other way a foreign state that is in a state of war with or in conflict with the Union of Soviet Socialist Republics, through intervention or blockade, entail social protection measures specified in Art. 58-2 of this Code.

58-4. Providing, in any way, assistance to that part of the international bourgeoisie which, not recognizing the equality of the communist system that replaces the capitalist system or social groups and organizations directly organized by this bourgeoisie, in carrying out activities hostile to the Union of the SSR entails imprisonment for a period of not less than three years, with the confiscation of all or part of the property, with an increase, under particularly aggravating circumstances, up to the highest measure of social protection - execution or Statements to the enemies of the working people, with the deprivation of the citizenship of the union republic and thereby the citizenship of the USSR and expulsion from the USSR for good, with confiscation of property. 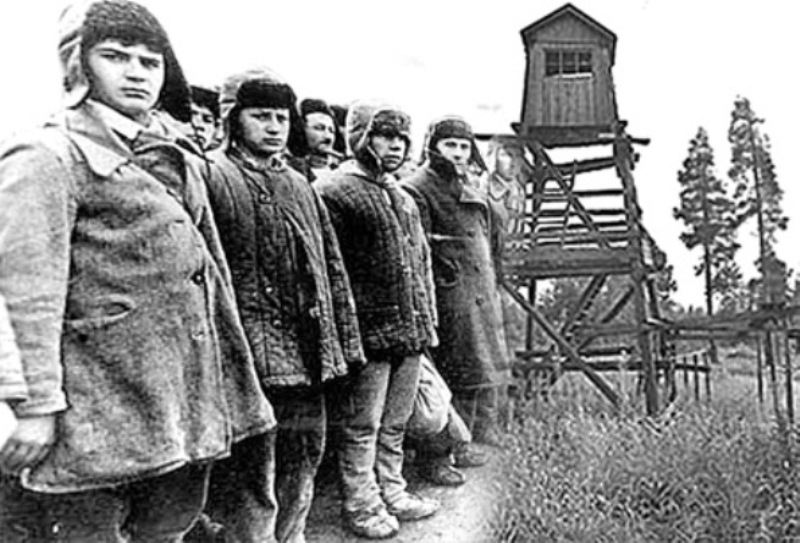 58-5. The inclination of a foreign state or any social groups in it, through communication with their representatives, the use of false documents or other means, to declare war, armed intervention in the affairs of the USSR or other hostile actions, in particular: to blockade, to seizure of state property Union of Soviet Socialist Republics or Union Republics, the severance of diplomatic relations, the severance of agreements concluded with the USSR, etc., entails social protection measures specified in art. 58-2 of this Code.

58-6. Espionage, that is, the transfer, kidnapping or collection in order to transmit information that is specially protected by state secret, to foreign states, counterrevolutionary organizations or private persons, entails deprivation of liberty for a term not less than three years, with confiscation of all or part of the property, and in cases when espionage caused or could cause particularly serious consequences for the interests of the USSR - the supreme measure of social protection is the shooting or announcing by the enemy of workers, with the deprivation of citizenship of the union republic and thereby, the citizenship of the USSR and expulsion from the USSR forever, with the confiscation of property. The transfer, abduction or collection for the purpose of transferring economic information that does not constitute a specially protected state secret, but not subject to disclosure under the direct prohibition of the law or the order of heads of departments, institutions and enterprises, for remuneration or gratuitously, to organizations and persons listed above, entail imprisonment for up to three years. 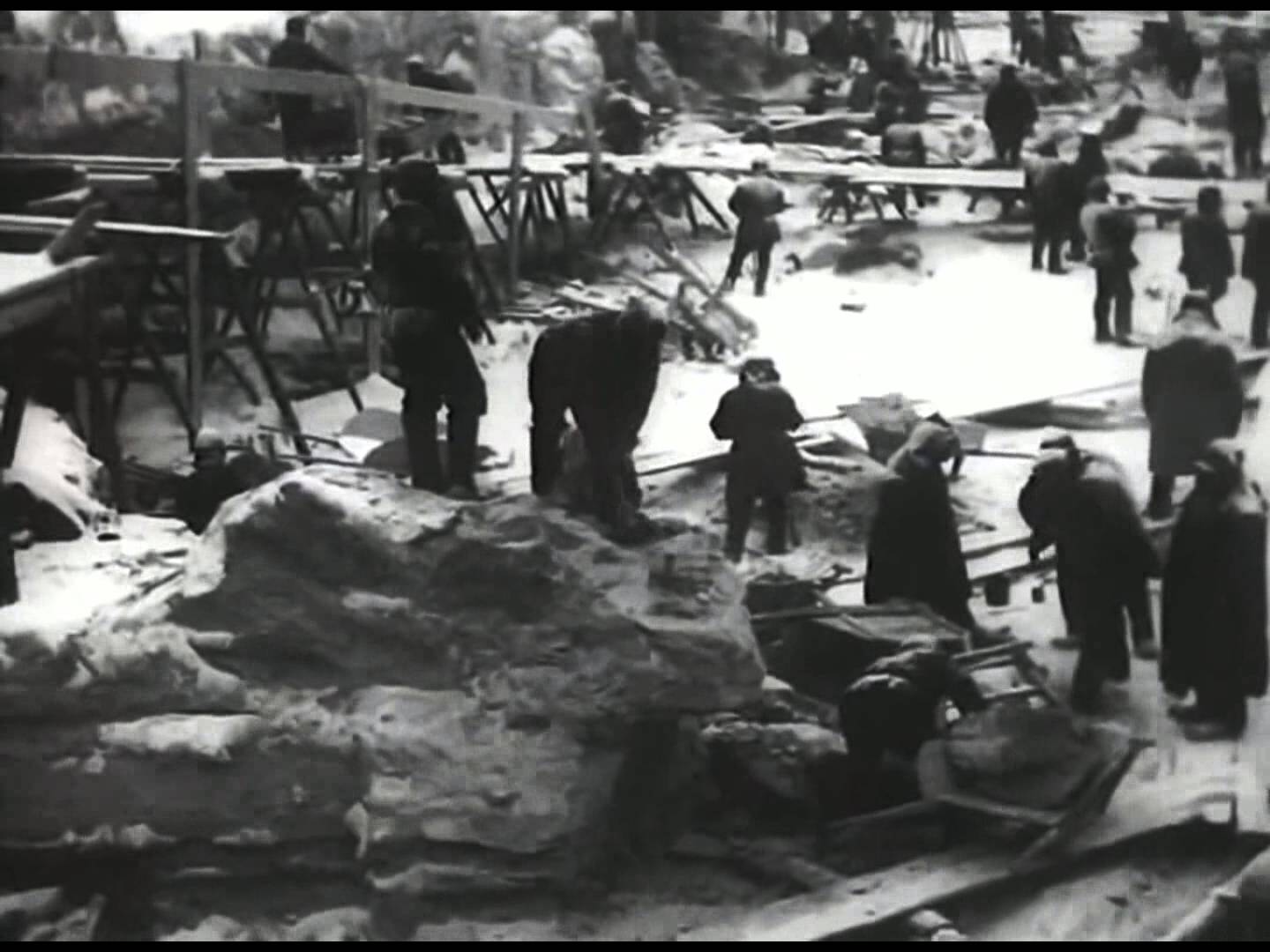 58-7. Undermining the state industry, transport, trade, money circulation or the credit system, as well as cooperation, committed for counterrevolutionary purposes by appropriate use of state institutions and enterprises or counteracting their normal activities, as well as the use of state institutions and enterprises or counteraction to their activities, performed in the interests former owners or interested capitalist organizations, entail social protection measures in art. 58-2 of this Code.

58-8. The commission of terrorist acts directed against representatives of the Soviet government or figures of revolutionary workers' and peasants' organizations and participation in the implementation of such acts, even by persons not belonging to a counterrevolutionary organization, entails social protection measures specified in art. 58-2 of this Code.

58-10. Propaganda or agitation, which calls for the overthrow, undermining or weakening of the Soviet power or for the commission of certain counter-revolutionary crimes (Article 58-2-58-9 of this Code), as well as the dissemination or production or storage of literature of the same content, entails deprivation of liberty for a period not shorter than six months. The same actions for mass riots or with the use of religious or national prejudices of the masses, or in a military setting, or in areas declared martial law, entail social protection measures specified in art. 58-2 of this Code.

58-12. Failure to report a credible known or completed counter-revolutionary crime entails deprivation of liberty for a term not less than six months.

58-13. Active actions or an active struggle against the working class and the revolutionary movement, manifested in responsible or secret (agency) posts under the tsarist regime or counter-revolutionary governments during the civil war, entail social protection measures specified in art. 58-2 of this Code.

58-14. Counter-revolutionary sabotage, that is, the conscious failure of anyone to perform certain duties or intentionally negligent performance thereof, with the special purpose of weakening the power of the government and the activities of the state apparatus, entails deprivation of liberty for a period not less than one year, with the confiscation of all or part of the property, with increase, under especially aggravating circumstances, up to the highest measure of social protection - execution, with confiscation of property.