Home Publications Friendship in all languages

Friendship in all languages 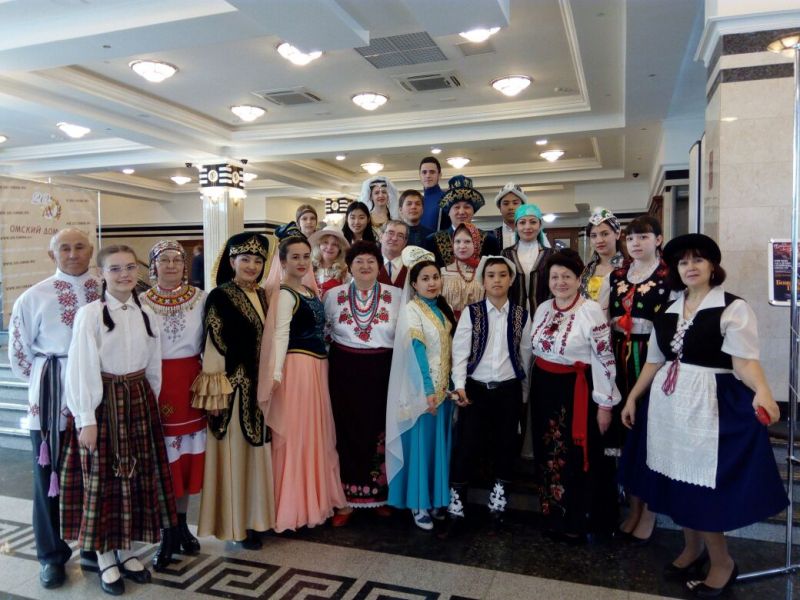 The whole of Kazakhstan is watching the work of the 25th session of the Assembly of the People of Kazakhstan in Astana. "Stability, unity, consent - the basis of modernization" became the agenda of this session. About 1,500 people take part in its work: members and veterans of the assembly, heads of ethno-cultural associations, leaders of religious associations. But not far from Kazakhstan, the Omsk Friendship House has been successfully solving these same tasks for 20 years already.

"Siberian Center of Kazakh Culture "Moldir", among activists, with other national and cultural associations worked on the fact that in Omsk there was a single house for all nationalities. In carrying out active work in this direction, the public did this by creating such an institution. These days the Omsk House of Friendship celebrates the 20th anniversary," - said Dina Smagulova, a methodologist of the "Moldir" center.

The House of Friendship began work with 20 national and cultural associations, and now there are 45. One hundred club formations number more than 5 thousand participants.

The central event of the festive events was the gala concert "Friendship in All Languages". On the stage of the Concert Hall of the Omsk Philharmonic on April 23, 2017, creative teams presented the best numbers of two decades. Almost 500 participants of the two-hour multinational extravaganza gave the people of Omsk at the best stage of the region bright, talented numbers of representatives of numerous ethnic groups and nations living side by side. A bright performance presented the audience an exemplary ensemble of Kazakh dance "Aigerim" (leader Altynai Zhunussova).

There were pleasant congratulations from friends! The Governor of the Omsk Region V.I. Nazarov congratulated on the anniversary, as well as video greeting with the best wishes sent by Seisembay Zhetpysbayev - Deputy Chairman of the Assembly of the people of Kazakhstan in the Pavlodar region.

The opening of the 11th Regional Festival of National Cultures "Unity" was timed to coincide with the anniversary, in which teams from the regions of the Omsk region took part. This festival is aimed at preserving and popularizing the national cultures and the native language of the peoples of the Russian Federation. Within the framework of the festival there were competitions of amateur artistic creativity, folk festivals, thematic concert programs, and exhibitions, scientific and practical conferences. Among the most large-scale projects of the festival is the Forum "Russia is We!", dedicated to the Day of National Unity, the International Festival of Border Territories of the Russian Federation and the Republic of Kazakhstan "Let's be sincere and honest", Interregional Cossack Culture Festival "Heritage", children's cultural and educational project "National culture of Omsk Irtysh Land" with master classes, games, costumed programs about the traditional culture of the peoples of the Omsk region. 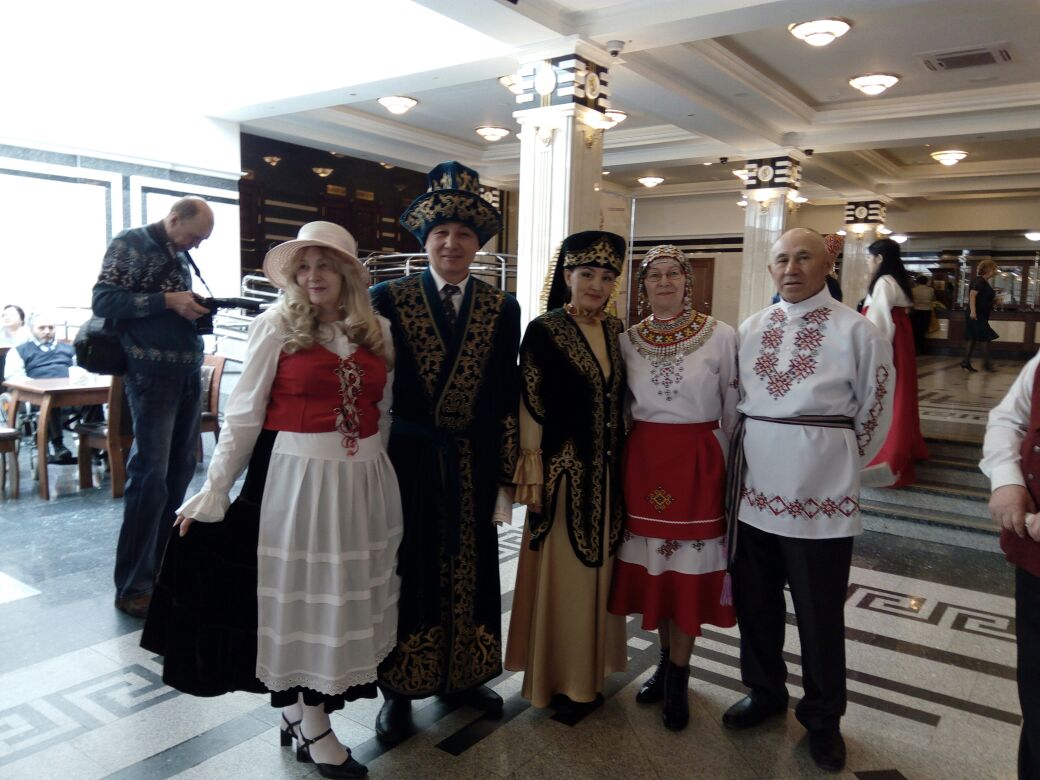 Heads of national-cultural associations are active participants in political, economic, cultural processes in the region. Annually, the House of Friendship holds dozens of events of different orientations, these are not only national holidays, and it is also a large discussion platform on issues of interethnic relations and countering extremism, which is especially important now.

"Moldir" center wished the House of Friendship to be the center uniting all the nations living in the Omsk region, to promote the preservation of the international peace, the creation of good-neighborly relations based on the principles of friendship, love and mutual understanding!

Omsk House of Friendship is an institution whose main activity is participation in the implementation of the strategy of the state national policy of the Russian Federation in the Omsk region. Omsk House of Friendship was established in 1997 by the decree of the Governor of Omsk region. It is an interregional information center for rendering assistance to national and cultural associations, creative collectives, municipal districts of the Omsk region in the implementation of national cultural programs to preserve the identity and cultural heritage of the Omsk citizens of Irtysh.

In 1998, within the walls of the Omsk House of Friendship, there appeared the Regional Festival of National Cultures "Unity" - a long-term socio-cultural program covering the most diverse spheres of socio-economic life in the region. Inter-national projects, state, national and calendar holidays, scientific and practical conferences, congresses, national creativity contests, workshops, creative laboratories, forums, master classes and round tables are held within the framework of the “Unity” festival.

In 2010, the Omsk House of Friendship was awarded the Diploma and the Medal of Honor "For active work on patriotic education of citizens of the Russian Federation".

Since 2012, the institution has been included in the All-Russian Register of Socially Responsible Enterprises and Organizations and in the National Register "Leading Institutions of Russian Culture".

In 2013 the Omsk House of Friendship became the winner of the award of the Governor of Omsk region "For merits in the development of folk art" in the nomination "The best institution of culture and art".